A list was published last year titled, “Top 10 Unusual Trees” and although it was a great list, I thought there were some truly bizarre trees that could have been included. That is why I decided to forge this list detailing 10 more unusual/bizarre trees from around the world. Enjoy. 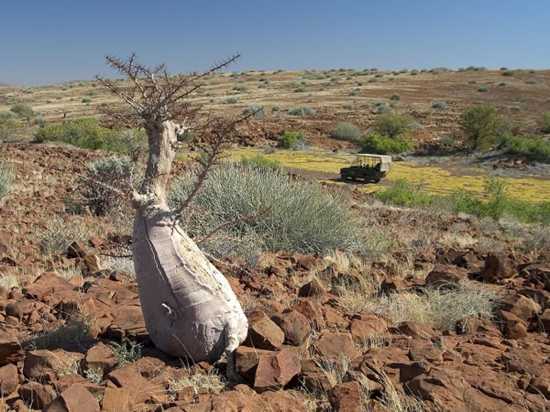 The Bottle tree of Namibia is one of the most deadly trees on Earth. The milky sap of the plant is very poisonous and was used as arrow poison by bushmen in the past. The Bottle tree is so-called due to the shape of its stem and it usually grows in mountainous regions, which gives it a striking appearance in the deserts of Namibia. The Bottle tree’s flowers have been described as ‘beautiful’ and they are usually pink or white and dark red towards the center. 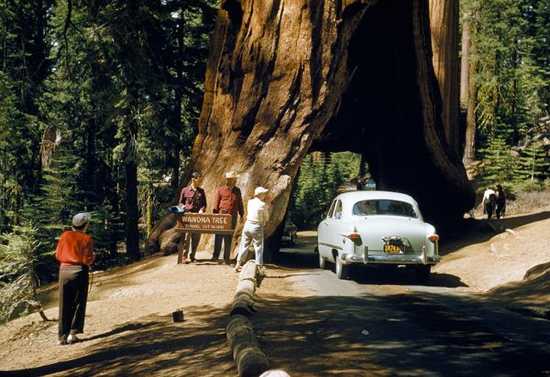 The Wawona tree was a Coast Redwood that was located in Mariposa Grove, Yosemite National Park in the USA and had been made into a tunnel. The tree was cut through in 1881, and since then, it became a popular tourist attraction. The Wawona tree fell in 1969 due to a large build-up of snow on the top. The redwood is estimated to have been 2,300 years old. 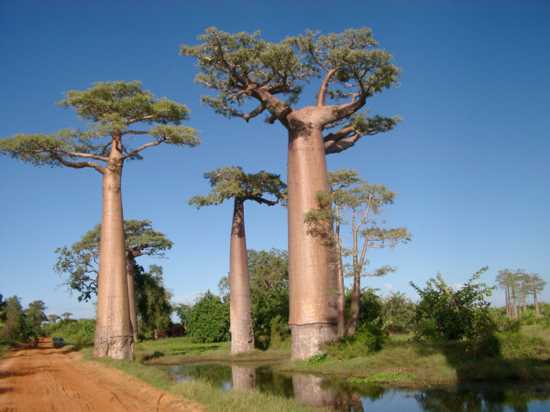 These magnificent trees, which are endemic to Madagascar are over 1000 years old. This type of Baobab in an endangered species. Many of the trees are over 80m tall and the trunks can get to 25m in circumference. The swollen trunks of the trees provide the source of water and supply it in the drought season. When in bloom, the baobab flowers only last for 24 hours. These flowers feature on the Madagascan 100 Franc banknote. 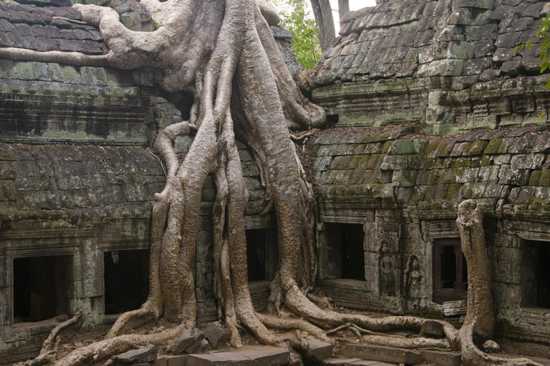 These trees are truly extraordinary to see and this is a definite place to visit if you are traveling through South-East Asia. The trees are the most distinctive feature of the temple of Ta Prohm. The roots of the silk-cotton trees tangle around the ancient temple and the trees rise to an impressive height. Strangler fig trees also inhabit the temple and are also fascinating. The temple features on the UNESCO World Heritage Site list. 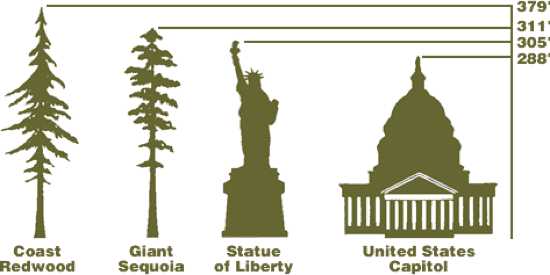 Hyperion is a coast redwood or California redwood and is the tallest tree on Earth. The trees usually live for around 1200-1800 years. Hyperion is 115.5 meters tall and almost 9 meters in diameter. This means that Hyperion is 5 stories taller than the Statue of Liberty. It is estimated that 95% or more of the original coast redwood trees have been cut down and now the conservation status of the giant trees is ‘vulnerable.’ 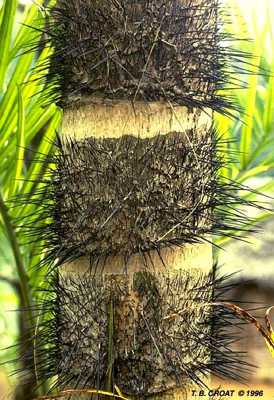 This tree is native to Central and South America, although it is primarily found in Costa Rica and Nicaragua. The Pejibaye palm is armed with stiff, black spikes that arrange themselves in circular rows from the base to the top of the tree. These tend to grow to around 20 meters. The leaves can grow up to 3 meters long. Native Americans usually ate the fruit after fermenting it and was a major part of their diet. Today, the fermented fruit is still very popular. 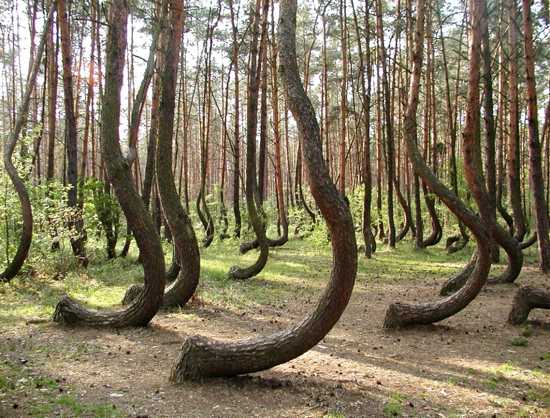 There are about 400 of these strange trees near Gryfino, West Poland. It is thought that they have curved due to human mechanical intervention, although the purpose of the trees are unknown. Some have speculated that they were intended for making bent-wood furniture, the ribs for boat hulls or yokes for ox-drawn plows. However, the outbreak of WW2 caused whoever grew the trees to stop and now the trees are a mystery. 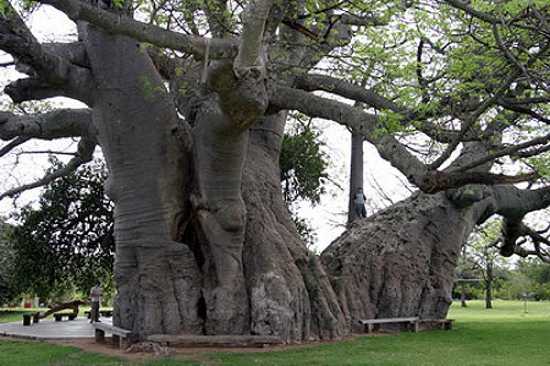 The Sunland boabab is a tree near Modjadjiskloof, Limpopo Province, South Africa, which has been made into a bar. The tree is naturally hollow and in 1933, a small bar was set up which can hold 15-20 people. It is one of the tallest baobabs in South Africa and is apparently the widest tree in the whole of Africa. The tree is around 47 meters in circumference and about 20 meters tall. It is also one of the oldest trees in the world dating back more than 6000 years! 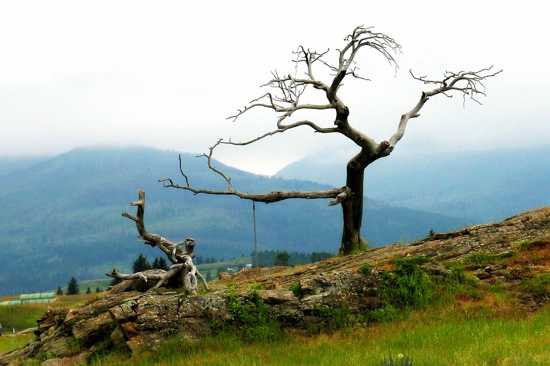 The Burmis tree is a limber pine situated near Alberta, Canada. The tree is unusual in the fact that it died in the 1970s and is still standing today without any sign of rotting. The tree was estimated to be around 600-750 years-old when it died. The tree was knocked down by wind in 1998 and the locals propped it back up. A few years later, vandals broke one of the branches and the locals once again came to the rescue, fixing the branch back on. The Burmis tree is supposedly one of the most photographed trees in the world.

1
The Tree of Life 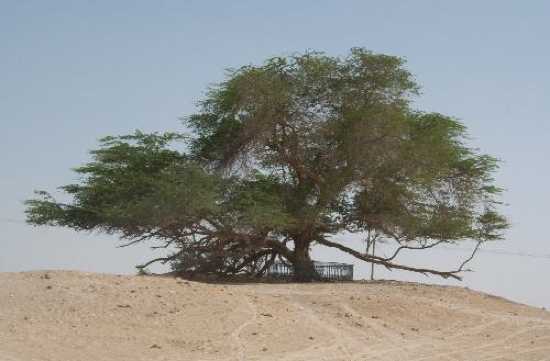 This tree is approximately 400 years old and 9.75 meters high. The tree is unusual as it is situated in the desert and is the only tree growing for miles around and there is no clear water supply. The Prosopis cineraria or mesquite tree has extremely deep root systems which is believed to be the way it reaches water, although the tree still remains a mystery. If you search for the Tree of Life on Google Earth, you can see how remote it is. The tree is a major tourist attraction and 50,000 people visit it each year. Local inhabitants believe that this was the actual location of the Garden of Eden. This tree is a UNESCO World Heritage Site.