Mormon is allegedly a prophet-historian who was the native American believed by Mormons to have written the Book of Mormon – the main religious text of the Church of Jesus Christ of Latter Day Saints (Mormonism). Mormonism is a religion less than two centuries old, but in this short time it has managed to accrue a long list of embarrassments which the church leaders would prefer were kept silent. These embarrassments range from textual inaccuracies to scandals in the life of the founder, Joseph Smith. Of all religions, it’s difficult to believe this one has caught on given the long list of embarrassments that follows! Mormonism and its faults is a particularly interesting topic at present given that Mitt Romney is a Mormon and he is campaigning against President Obama in the upcoming US Presidential elections. It will be interesting to see whether Romney 2012 becomes President Romney – only time will tell. 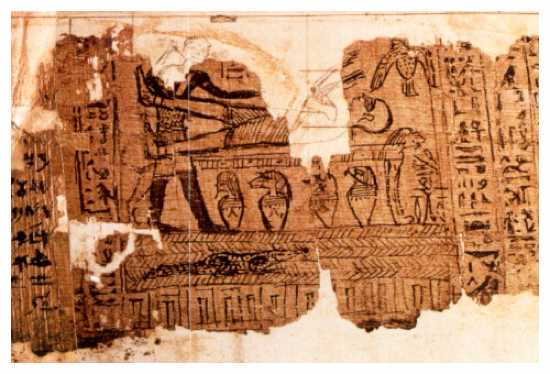 The Book of Abraham, one of the central texts of Mormonism, is a poor translation of Egyptian papyri. Fragments of the original text were found and studied by renowned historians with credentials and experience. These experts discovered the fragments to be scraps of funeral spells used to help spirits move on to the afterlife. There were no resemblances between the text and the supposedly divinely-inspired translation that Smith invented. As well as the mainstream Mormon church, other related churches, such as the Fundamentalist Church of Jesus Christ of Latter Day Saints, still believe it to be a canon work that represents the will of God. Apologists for the Book claim that modern Egyptologists are simply translating the text wrong – basically meaning that Joseph Smith is the only human to have lived who understood Egyptian hieroglyphics correctly (aside from the Egyptians themselves of course). 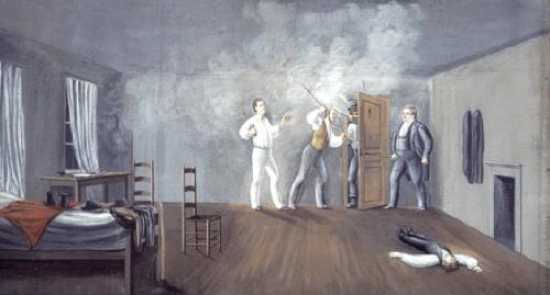 Embarrassment: Smith’s death – suicide, heroic, or somewhere in between?

Some say that Joseph Smith, founder of Mormonism, fought back bravely against attackers, but others believe he committed suicide by jumping out of a window. A few things are certain – he shot and was shot, and at some point, fell out of a window. He used a smuggled pistol to shoot at a mob and did not die a martyr’s death in any case, as is claimed by many Mormons. There is quite a stark contrast between Christian martyrs who – in virtually every case – trusted God enough to welcome their death and Joseph Smith who so lacked belief in his own “religion” that he was terrified of dying. 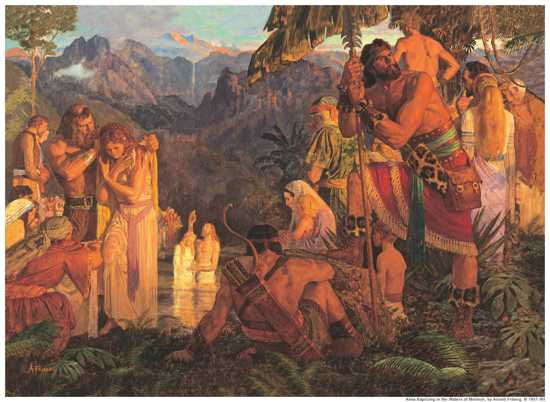 The claims made by the Book of Mormon mention specific tools, technologies, crops, and animals that simply didn’t exist in those regions at the times stated. For example, horses, cattle, sheep, and swine weren’t roaming between 2500 BC and 400 AD, as claimed. Most of these species were introduced in 1493 by Christopher Columbus. Similarly, barley and wheat weren’t grown, iron and steel weren’t being produced, and systems of weight and measurement such as the Mormons claim existed simply aren’t supported by archaeological evidence. 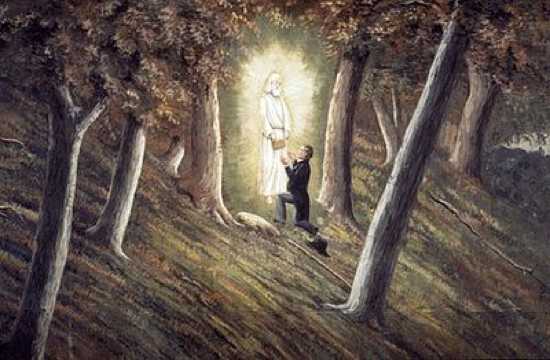 There are specific quotes in the Book of Mormon that are found in the King James Bible and other modern works that Joseph Smith had access to. For example, Alma 5:52 is identical almost word-for-word to Matthew 3:10. Smith plagiarized 478 verses from the book of Isaiah, and 201 are identical to the King James Bible. If this book were truly divinely inspired, it wouldn’t have been pieced together from pieces of the books that Smith read! 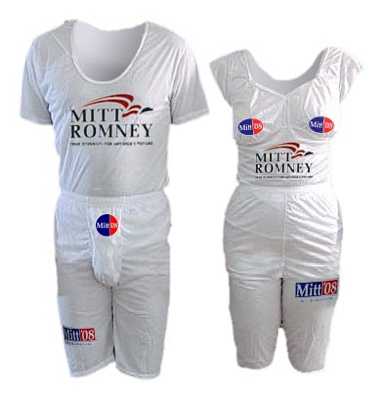 The temple garments worn by Mormons supposedly provide protection against temptation and sins. They are even credited with saving people’s lives during natural disasters in Mormon urban legends, which is ridiculous to most people without supernatural beliefs in magical clothes. They are seen as sacred and cannot be removed unless absolutely necessary, but then should be put on again as soon as possible. One wonders whether Mitt Romney’s underwear is “Mormon-approved.” 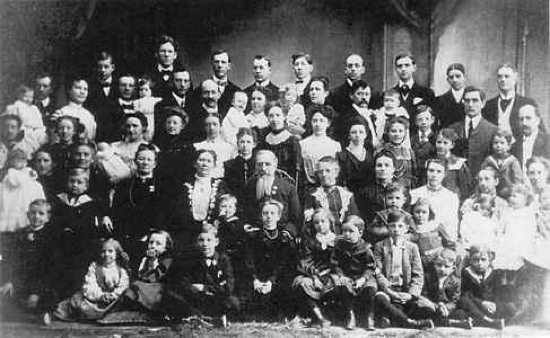 The first forty years of Mormonism involved plural marriage, a form of harem-keeping by men who were taught by Joseph Smith that it was a doctrine worth following. Smith then proceeded to marry half a dozen women in 1843, yet he denied to the public that he practiced this polygamy. He had at least forty wives in his lifetime, some of whom were thirteen years old, and Brigham Young had fifty wives. Now, the modern view is that polygamy is unacceptable, which seems to be a revelation brought about by the illegality of polygamy. The Mormon god can has changed his mind, it seems! 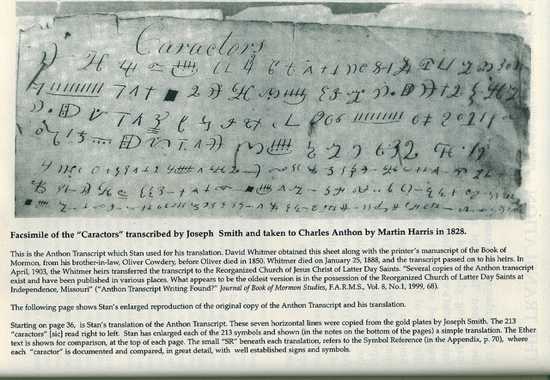 The Book of Mormon, when first translated, was given to a friend who supposedly lost them. Joseph Smith should have been able to retranslate them from his “golden tablets” – the original source of this book – and yet he found an excuse to avoid this. He said that they were not allowed to be in the Book of Mormon anymore, clearly because if the original were to be found and compared with the new translation, the inconsistencies in the text he made up would be discovered. Pictured above are seven lines that Smith claimed he copied directly from the mysterious (and missing) golden tablets on which he said the Book of Mormon was written. 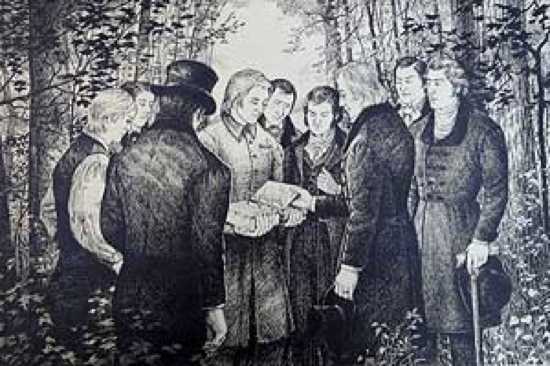 Two groups of witnesses supposedly saw the translation of the Book of Mormon, yet they were all excommunicated after disagreements with Smith. It seems the first group of three witnesses found it too much of a hoax to stay in the church after witnessing this, so a second group needed to be found. These eight men signed statements claiming to have seen and handled the golden plates, though it was later revealed that they hadn’t actually done so. In other words, Smith forced them to lie about seeing the plates.

Symbols and rituals for Mormon temples were stolen from Freemasonry. Some of these rituals include the symbols on the “magic underpants” worn by Mormons, a secret handshake that Freemasons exchange somehow becoming the handshake people must give angels in order to enter the highest heavenly kingdom, and more. Joseph Smith was expelled from the Freemasons for this theft, though he still tried to appeal to the Masons in the mob that came to kill him by giving the first words of a Mason signal of distress, abandoning his created faith in his last moments. 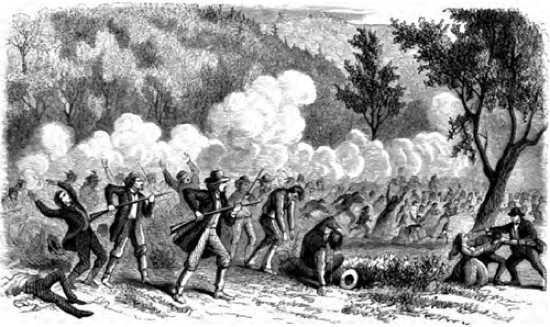 In the Mountain Meadows Massacre of 1857, a gang of Mormons banded up to attack a wagon train of families from Arkansas on their way to California. The aggressors pretended to be Native Americans so they could achieve a political goal, and when they feared discovery by the victims, murdered about 120 men, women, and children over the age of seven in order to avoid leaving witnesses to testify as to who was really behind the attacks.

These embarrassments add up to a damning conclusion: Joseph Smith managed to string along his followers for decades, and even today, churches and communities exist that believe these ridiculous fantasies. The embarrassments listed above are just the beginning for the Mormon community, who would just as soon explain away each reason to doubt their deeply-held convictions – a sad state of affairs for any logical human being.