When people think of vampires, they usually think of famous fictional bloodsuckers like Dracula or his historical counterpart, Vlad the Impaler. Perhaps younger people will think of True Blood, The Lost Boys or the sparkly vampires of Twilight. But there have been plenty of vampire tales that stemmed from real events or people, like . . . 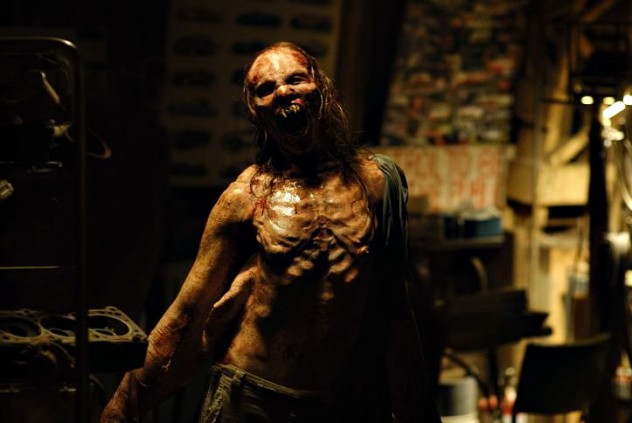 Peter Plogojowitz was a man from 1700s Serbia who died (don’t we all?). Except—according to some—he didn’t really stay dead. Within 10 weeks of his death, nine people died suddenly from a mystery illness, and prior to their deaths they all accused Peter Plogojowitz of throttling them in their dreams. Peter’s own son reported seeing him in the kitchen three days after his death, demanding food—before he also died mysteriously. Peter’s wife fled town after she alleged he’d shown up late one night to demand a pair of shoes.

The army was called in, and Peter’s body was exhumed. It was reported that he was breathing and that his open eyes were moving. A stake was put through his heart, resulting in a Tarantino-esque gushing of blood, and his body burned. The deaths and dreams all ended abruptly.

The Alnwick Castle vampire actually predates the term “vampire.” The events were recorded by an English chronicler named William of Newburgh. He reported the story of a man who returned from the dead after he died while spying on his cheating wife—he was crouched on the roof and fell. He then returned as a revenant—a walking, rotting corpse—spreading plague in his wake.

Eventually, a priest gathered some of his parishioners and found the vampire’s grave. They opened it and stabbed the corpse with a shovel. Warm blood ran from the body and confirmed their suspicions that it had been drinking the blood of the living (remember this was almost 800 years before Bram Stoker’s Dracula). They burned the body, and the attacks ceased. 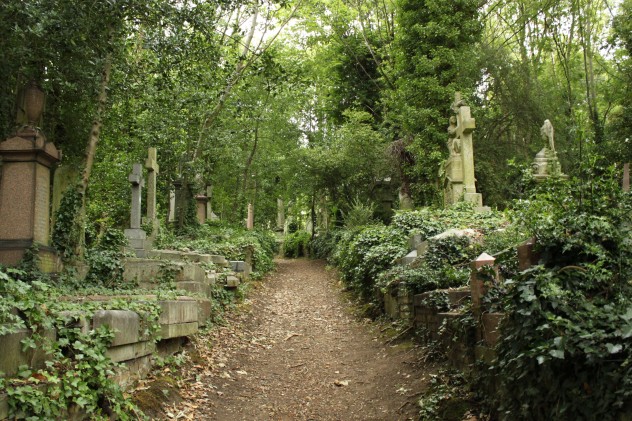 In 1969, dead animals—completely drained of blood and sporting neck wounds—began to appear in Highgate Cemetery in London. Then witnesses reported a tall, dark figure that emitted an evil aura and had a hypnotic stare. One man reported that he became confused and totally lost when trying to leave the cemetery. Suddenly, he found himself facing the Highgate Vampire—which transfixed him, gluing him to the spot. After a while, it disappeared.

Reports in the press led to the graveyard being trampled by an army of self-proclaimed vampire hunters. They dug up several graves, leading conservationists to lobby for the graveyard to be closed nights. Eventually, sightings and reports of the vampire decreased. 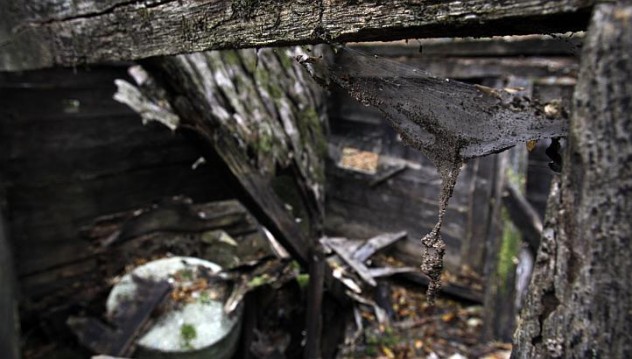 The only thing scarier than vampires is ghosts. But imagine something scarier still: a ghost vampire. Say hello to Sava Savanovic. Sava was a Serbian vampire who lived in an old mill and fed on unwary travelers and millers who approached the mill after dark.

Savanovic wasn’t killed or driven off like most of the other bloodsuckers on this list. According to locals, he simply stopped attacking villagers. Meanwhile, the mill where he lived was passed down generation after generation, each new owner too scared to repair the building until it eventually collapsed. Now locals report that he’s awoken from his long slumber and roams the Serbian countryside—looking for a new home. And it’s not just superstitious locals making these claims. The actual council themselves are the ones who put out the warning. Of course it’s probably a publicity stunt by the area’s tourist board—we hope.

6 The Vampire Of Croglin Grange 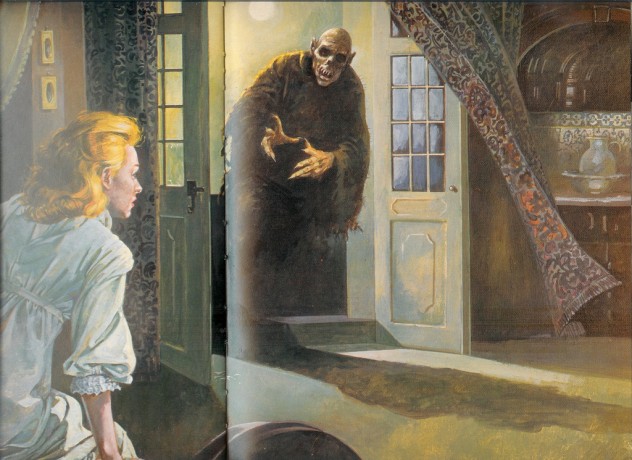 This event began in the 1800s when the Cranwell Family took up residence in Groglin Range in Cumbria. Lady Cranwell noticed strange lights in the garden below, but thought nothing of it until she woke to find the lights at her window—but they weren’t lights. They were eyes.

Lady Cranwell was frozen in terror as she saw the thing outside her window remove the panes one by one before reaching a rotten hand through and opening the latch. Her brothers heard her screaming and ran in to help her, arriving just in time to see her bleeding profusely from the neck as a catlike figure darted out into the darkness.

The brothers decided to slay the vampire. Some time later, they returned to the estate and set a trap. Lady Cranwell pretended to sleep in the same room the original attack happened in. When the vampire tried to come through the window again, the brothers jumped out with pistols and shot at it. It screamed and ran off into the night. The next day, the brothers gathered an angry mob and searched the graveyard until they found an open crypt. Inside were gnawed bones and an open coffin containing a rotten corpse with a recent bullet wound. Needless to say, they burned it. 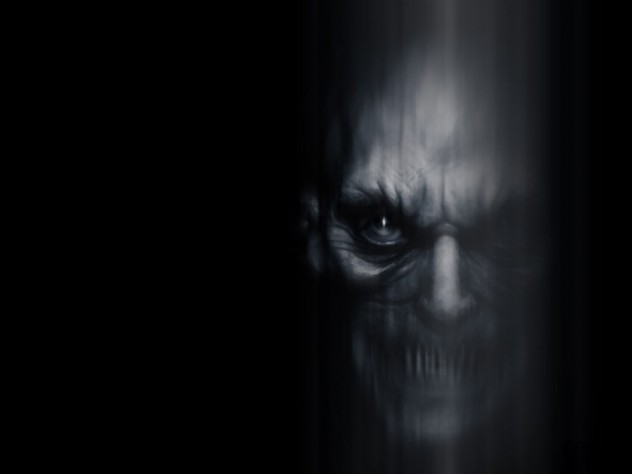 Jure Grando was a peasant from Istria, Croatia who died in 1656. He allegedly terrorized villagers in the area for 16 years after his death. Official documents from that time name him a “strigon,” the local name for “vampire.”

Jure Grando’s case is important in vampire folklore as it was the first time in history that the word “vampire” was officially applied to a person. According to locals, he would wander the village by night and knock people’s doors. Whoever’s door he knocked would die. When he wasn’t doing that, he was bothering his widow for sex. Eventually, people got tired of being terrorized by an undead monster, so a local priest took a stand and went out to face him. Grando was no match for the priest, who warded him off with a cross. The priest and some of the villagers chased him back to his grave, dug him up, and decapitated his corpse.

4 The Hunderprest Of Melrose Abbey 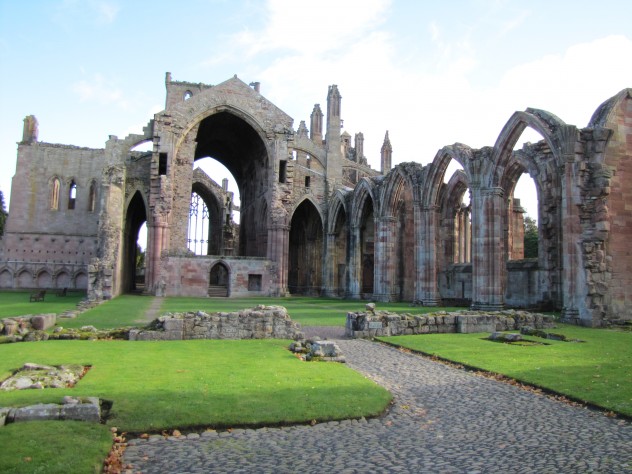 The “Hunderprest” was a nickname given to an 11th-century priest of Melrose Abbey in the Scottish Borders. He was given the nickname because of his favorite pastime: hunting on horseback with a pack of hunting dogs. (“Hunderprest” means “dog priest.”)

The story of the vampire of Melrose Abbey is based sometime around the year 1138. In life, the Hunderprest was a bit of a bad man, so when he died, he returned as a revenant. He was forced to drink the blood of innocents and change into a bat. It’s said that the monks of the abbey, displaying some impressive turn-the-other-cheekery, were content to let him run around being all undead and stuff—until he began to bother his mistress for sex.

Eventually, the frightened monks and priests banded together in order to bring him down. They laid out a watch at the Hunderprest’s grave where he rose at nightfall. The monks, showing a rather un-monkish capacity for kicking butt, took him down with a well-timed blow to the head from an axe. They cremated the vampire’s body and spread his ashes, ending his reign of terror. But some legends say that he still haunts the area.

3 The Vampires Of New England 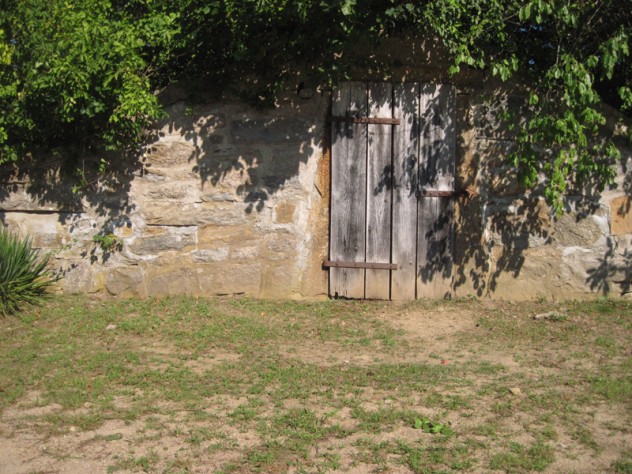 There weren’t many tales of vampires in America—until the dark discovery of a grave in Griswold, Connecticut in 1990. The grave contained the bodies of farmers from the 1700s. All were normal except for one. One body had been beheaded, and its skeleton was rearranged into the shape of a jolly roger.

It was decided that this wasn’t just a simple grave robbery, as it had been done 10 years after death no valuables were removed. It mirrored a case in neighboring Jewett City where, around the same time, 29 bodies were exhumed postmortem and burned. This was something of a vampire epidemic. The most famous case from this time is that of Mercy Brown, a girl who died from tuberculosis. Some time later, the rest of her family started to fall ill and die one by one until Mercy’s body was dug up, found to be remarkably un-corpsefied, and burned. 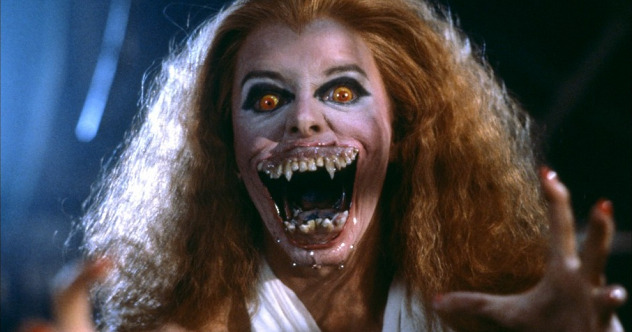 This tale started with the rumor that a vampire with iron teeth was at Gorbals graveyard in Glasgow, Scotland. The vampire had apparently taken two children. Within a few hours, the graveyard was full of children with makeshift weapons like sticks and knives, hunting for the vampire.

Authorities blamed the occurrence on hysteria and the influence of American comics like Tales From The Crypt. But it’s since been pointed out that there were no comics from this period featuring vampires with iron teeth. Was there some truth to the iron-toothed vampire prowling the graveyard at night and feeding on children? Was the vampire imaginary? Or had it just been scared off by the sight of dozens of armed Glaswegians excited by the prospect of beating and stabbing it back to hell? 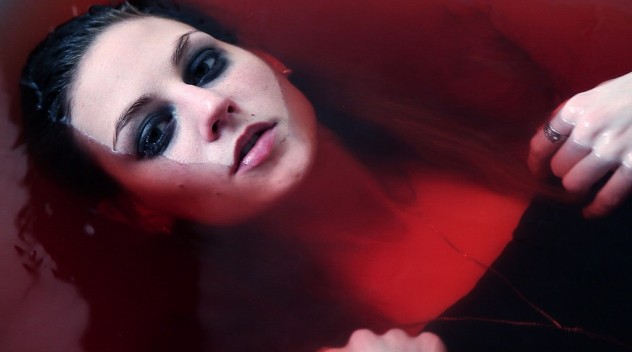 Elizabeth Bathory is perhaps the most famous vampire in history after Vlad the Impaler. But while Vlad wasn’t really a blood-sucking vampire—merely the inspiration for one—Elizabeth Bathory may have actually fed on and bathed in blood. She was a Romanian Countess in the 16th century who found joy in torturing peasants. The torture ranged from simple beatings and stabbings to piercing fingers and lips with iron nails or dousing them in freezing cold water and letting them die in the snow.

Rumors that Elizabeth was a vampire began when it was alleged that she bathed in the blood of young maidens. It’s reported that she began this to reduce the effects of aging, though some historians refute this claim as being added to the story after the fact. Eventually Bathory was walled inside her castle alive, with only enough space for her to receive air and food until she died years later.

Aaron has written a few articles for Listverse and Cracked.com. He also has a blog (where he mostly rambles about about bad movies) here.