New Yorker Covers are illustrations or paintings featured on the front page of The New Yorker – an American Magazine in print since 1925. It publishes articles relating to popular culture, social issues and includes fiction in the form of short stories. Because of its rigorous fact checking it has an excellent reputation. It is perhaps most famous for its covers which tend to show a humorous side to a topical issue. From time to time some subjects have resulted in covers that are considered far too risky for the magazine as they may be insensitive or offensive. Below are ten such covers – covers that were considered but never made it to print. These are but a few of the banned covers featured in the fascinating book Blown Covers. 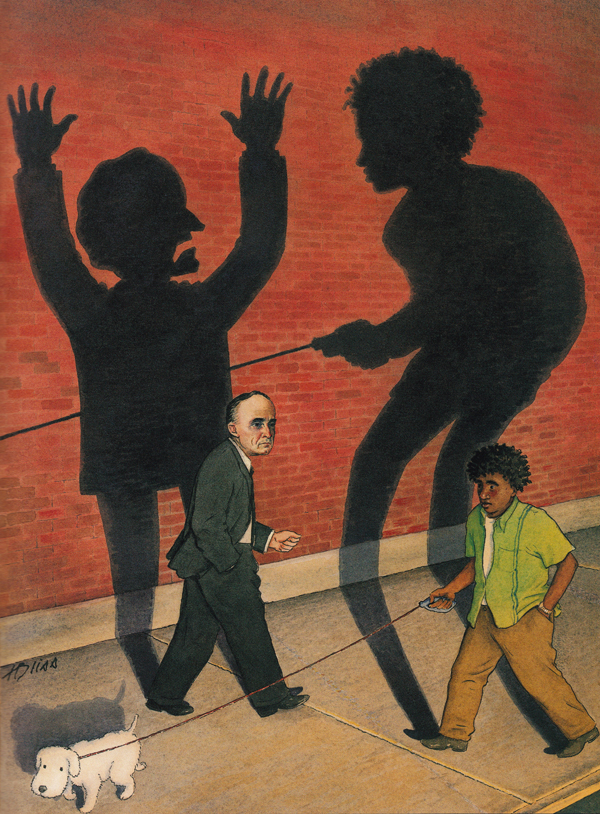 Haitian immigrant Abner Louima was attacked and raped by white police officers in 1997. Because the mayor was reluctant to investigate he was labelled as prejudiced. This banned cover subtly shows his prejudice. The sketch is by Harry Bliss. 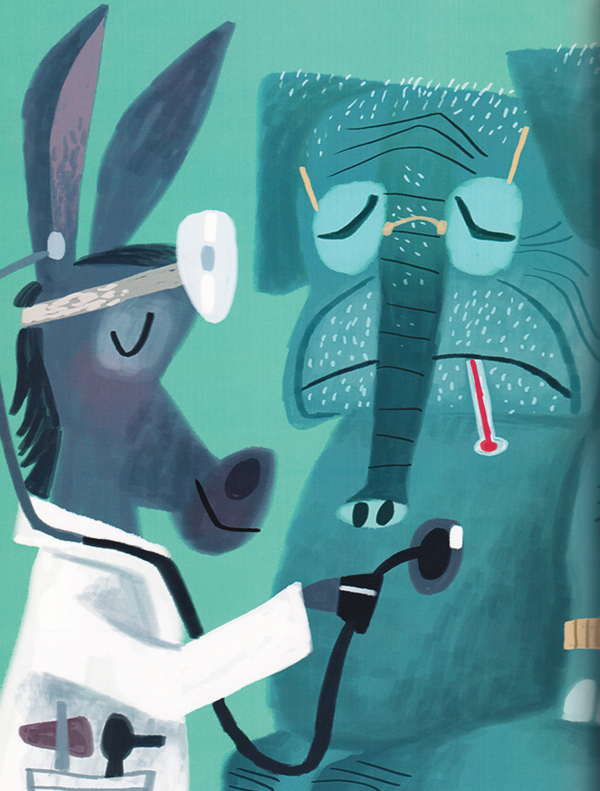 With the advent of Obama’s health reforms the New Yorker ran an article about the new bill. The image here shows a democratic checking the health of the reluctant republicans. The cover was passed over along with an even riskier image showing a donkey preparing to give a rectal examination to an elephant. Image by Lou Romano. 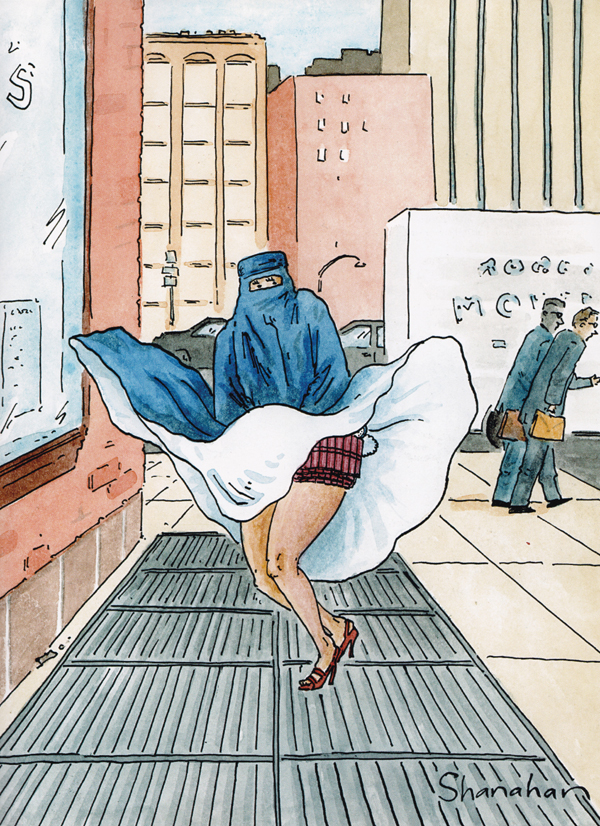 Female suicide bombers began appearing on the scene around 2002 taking advantage of privacy rules and the New Yorker wanted to run an article on the subject. This image was rejected for fear it could cause too much offence to peaceful muslim women. Image by Barry Blitt. 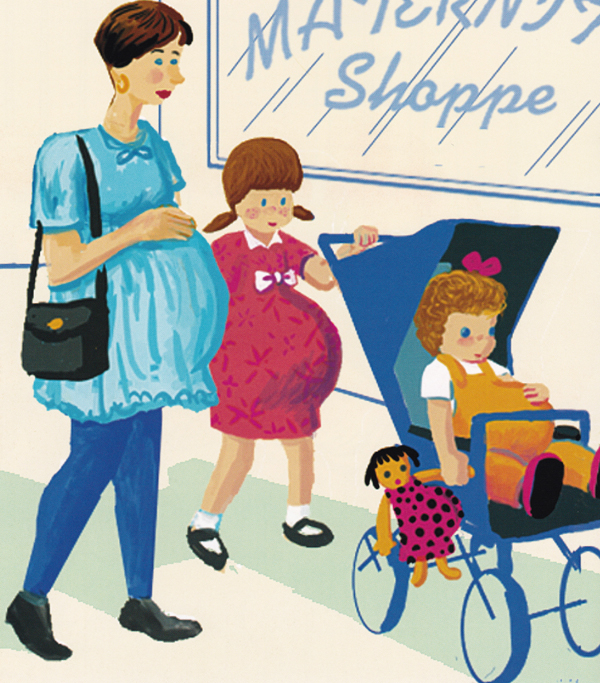 Ever in the news at the time the subject of teen pregnancy was under scrutiny. This cover was rejected as going a step too far. The illustrator of this triptych of pregnant woman and children regretted drawing it later. Image by Art Spiegelman. 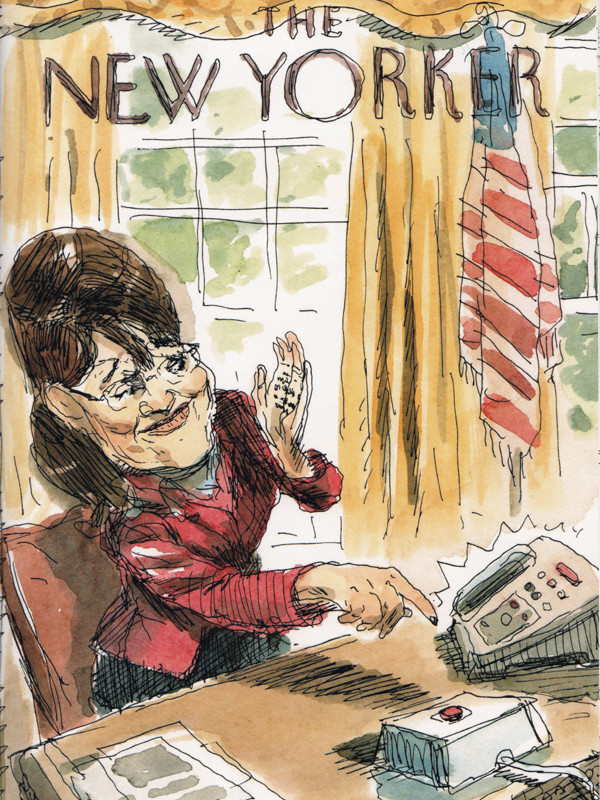 As anti-Palin sentiment grew to fever pitch the New Yorker was inundated by illustrations of her – none particularly flattering. In this rather amusing picture we see Sarah taking advantage of a cheat sheet she has written on her hand to help her remember how to do her job. Illustrated by John Cuneo. 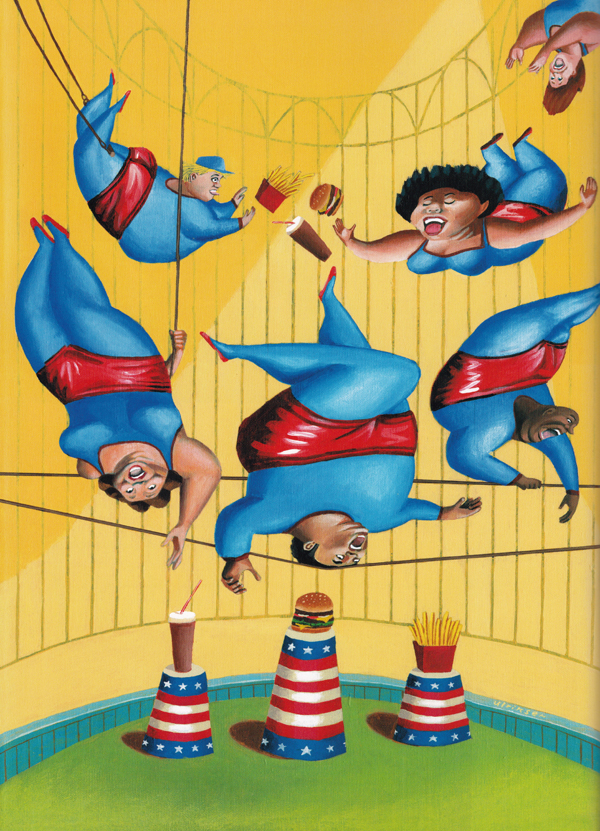 As well as the above image, the second one considered for the magazine issue on Obesity in America was a starving black child on halloween being given chocolate bars by a white man. Mark Ulriksen’s painting of overweight Americans struggling to balance in a high-wire act with fast food (which very strongly resembles McDonalds). 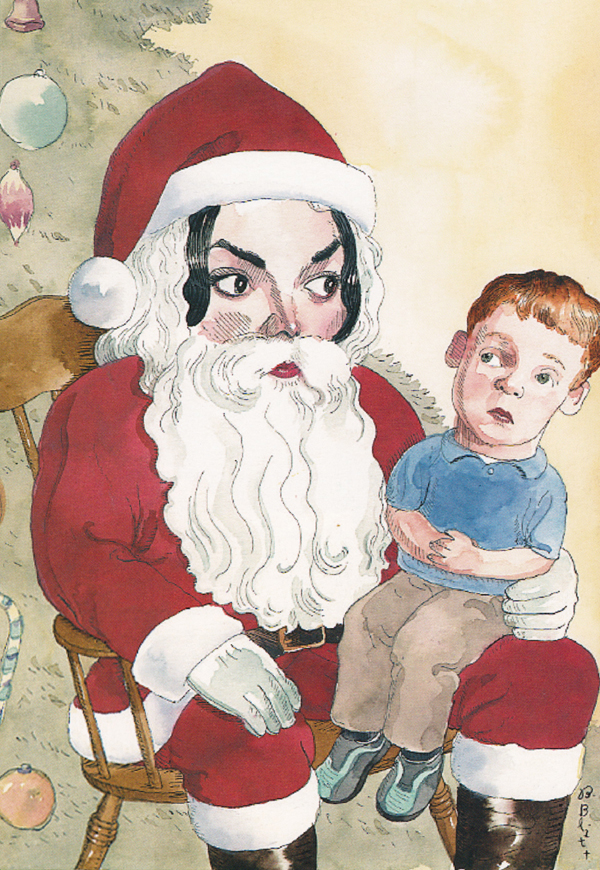 This wasn’t the first time Michael Jackson was proposed as the subject for the cover of the magazine but as you can see by the image above it was considered in poor taste to link Christmas with the lewd acts that Michael was being accused of at the time. In the end the magazine didn’t run with it. The image is by Barry Blitt. 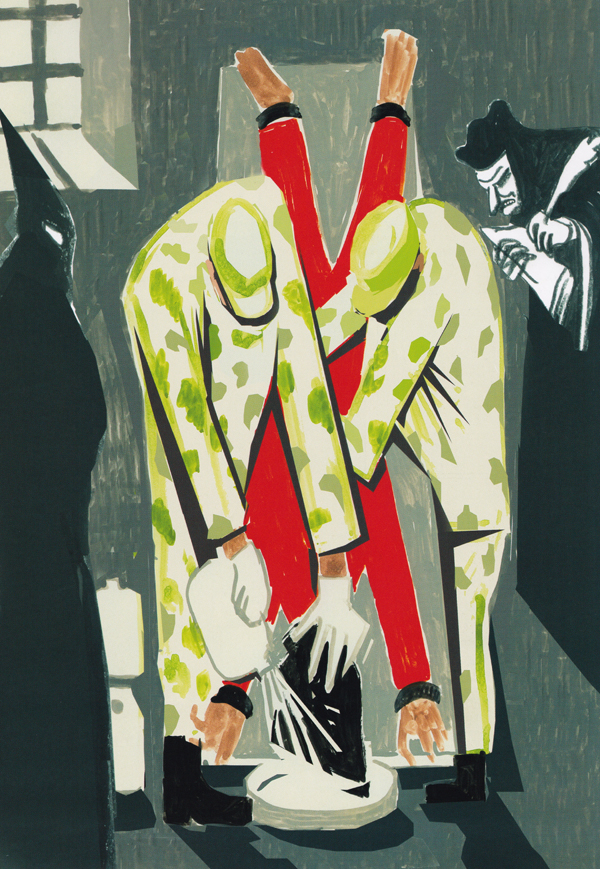 A large number of potential covers were drawn for the Abu Ghraib torture issue. This one mimics medieval torture with the characters on the sides but the familiar uniform of the US military is seen being worn by the soldiers water boarding a prisoner. The scene in the image was based on the fine art painting the “Deposition of Christ” – a step too far thought the editors of the New Yorker. Illustrator: Richard McGuire. 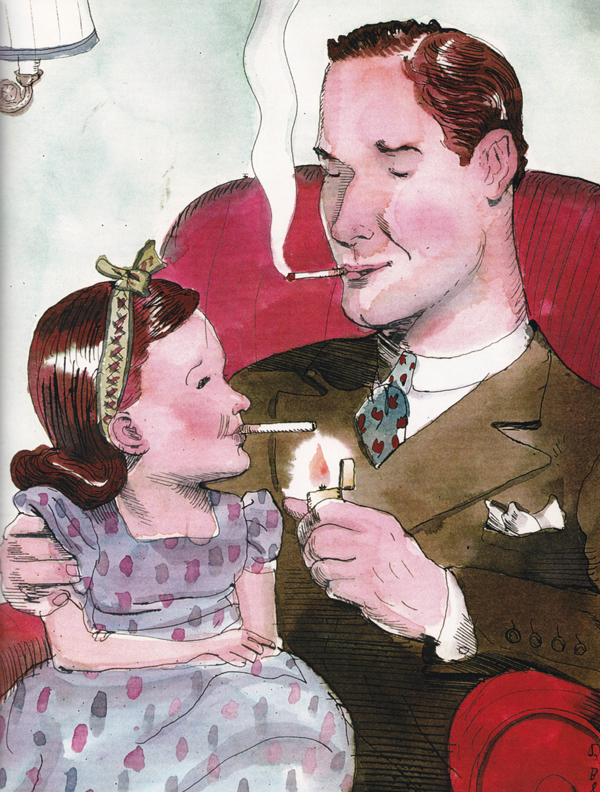 Art Spiegelman – who illustrated item 7, also wished he hadn’t drawn this image – but more from the perspective of design than offence. He said “I once sketched a cattle car going to Auschwitz: There was one guy talking on his cell and everyone was irritated[. …] It’s good to clear the air”. 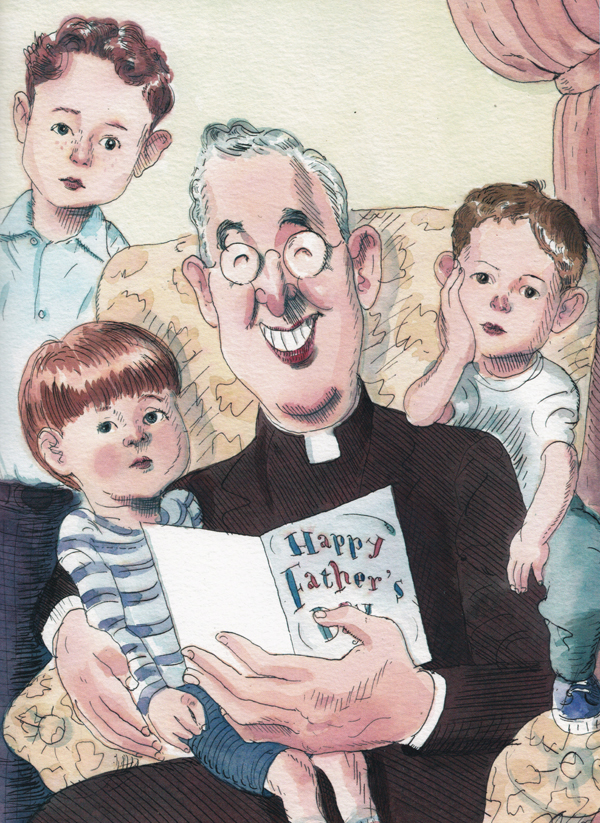 Given the large number of Catholics in the United States it is easy to see why this apparently innocuous illustration of a priest with a group of young boys was deemed too risky to publish. Coming at the height of the exposure of priests who had been sexually abusing young children the illustrator Barry Blitt also sent in a sketch of the Pope in a Marilyn Monroe pose trying to keep his underwear covered with his cassock whilst standing on a New York city grate.