Birds are among the most fascinating and readily appreciated creatures on earth – providing an unparalleled nature experience for millions of humans worldwide. Most birds rank among the Earth’s least harmful animals to humans. However, in certain species, the avian adaptations of sharp bills, strong legs, territorial instincts or ability to fly create a “warbird”, with unmatched ferocity. 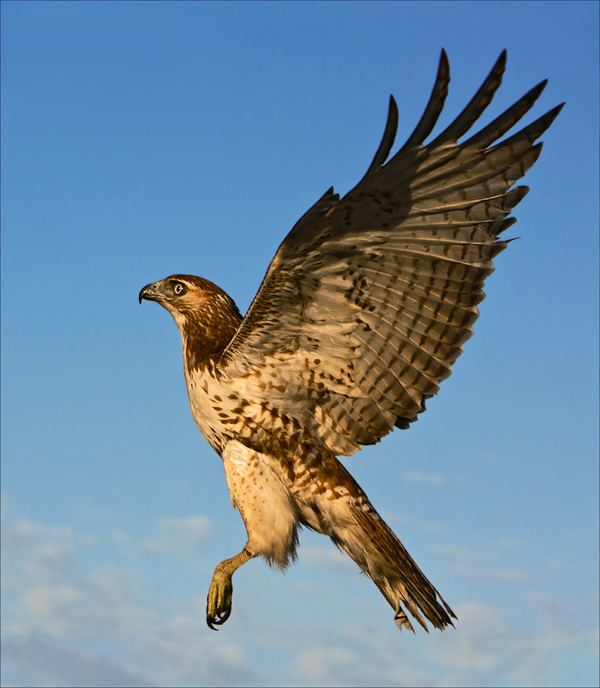 The Red-tailed Hawk is one of North America’s larger hawks, and it’s one of the most familiar. It is the most regularly sighted Buteo, or open country hawk, and can be found in farmland, highway margins, parks, native prairie, and at the edges of lightly wooded habitats.

Red-tailed Hawks weigh between 3 and 4.4 pounds, and have a wingspan of nearly 5 feet. The nest is placed in a tree near open areas, and it’s fiercely defended. When the nest is built in an area frequented by humans, the hawk may perceive humans as a threat and attempt to drive them from its territory.

Attacks usually involve fast swoops and raking with massive talons. In Connecticut, during the 2010 hawk nesting season, multiple people were attacked by a territorial individual. Several victims were struck on the head and injured, and school athletics classes had to be moved indoors. 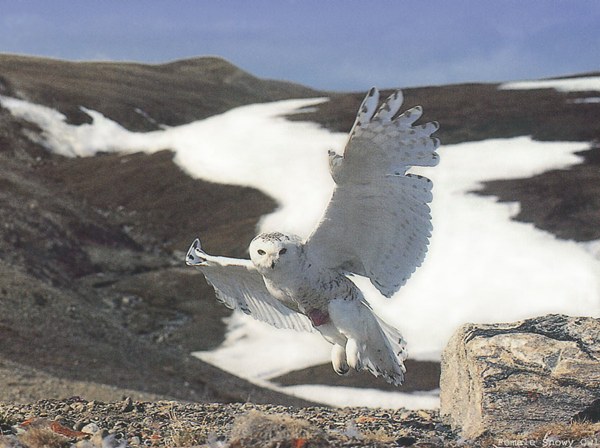 The Snowy Owl – the large white bird immortalized by the Harry Potter series – is the most northerly bird of prey on the planet. Snowy Owls breed on the tundra around the Arctic Circle, and can tolerate temperatures as low as -50. The birds stand over 18 inches tall, with a wingspan of over 4 feet. Their weight can exceed 6 pounds. When walking on the arctic tundra, one must keep a cautious eye out for apparent patches of unmelted snow on the expanse of ground-cover vegetation.

The nest site of the “Ookpik” may be closely approached without any sign of alarm. But as soon as a threat is perceived, the patch of “snow” may burst into life as the Snowy Owl rushes to confront the trespasser. If the threat is a human, the owl may target the face and head with its razor sharped talons. Serious injuries – especially to the eyes – are a definite possibility. Bending over and protecting the face is a must – along with a hasty retreat. 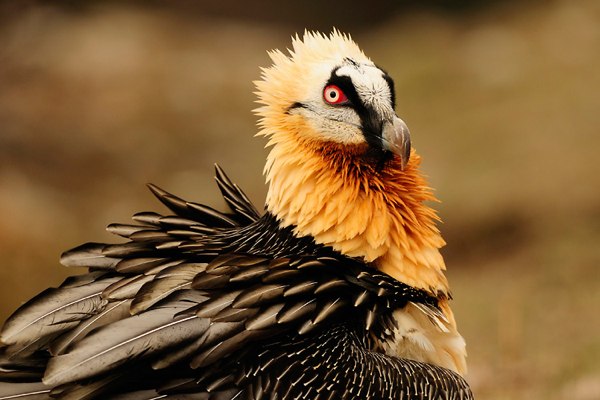 Lammergier is German for “lamb vulture”. It was believed that the most predatory vulture species fed on lambs – but lambs are unlikely to be targeted unless they are sick or dying.

It is this bird’s penchant for hard food items that require aerial drpping to access that make it potentially dangerous. Lammergiers have adapted to favor the soft marrow inside bones, which is what remains when other vultures have stripped the carcass. To access the marrow, the bird carries the bones into the air and drops them to shatter on the rocks below.

This poses a definite threat to any humans in the vicinity. Lammergiers consider tortoises viable bone substitutes, and treat them in the same way. The Greek playwright Aeschylus is said to have been struck and killed when a tortoise fell from the sky – presumably dropped by a Lammergier. 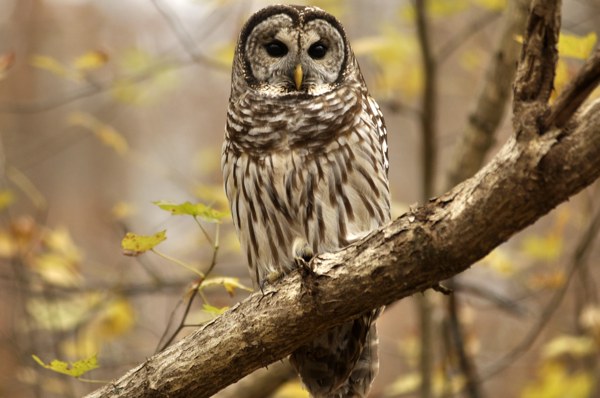 The Barred Owl is a fluffy, medium-sized bird of prey native to swamp forests in the Southern United States. Wingspans reach up to four feet, and weight ranges from 2.5 to over 3 pounds. Barred Owls target small animal prey, and have recently expanded their range northward and westward as far as British Columbia.

Hikers in the Pacific Northwest pay a price for walking in forests colonized by Barred Owls. Victims do not hear the owl coming, as specialized feathers muffle the owl’s swooping flight. The birds target the head with their razor sharp talons – clawing, pecking and squeezing. Bloody head injuries can result. Attacks have plagued parks in BC since 2001, and four Texas residents were bloodied in a series of owl strikes in 2007. Hardhats are a useful means of defense. 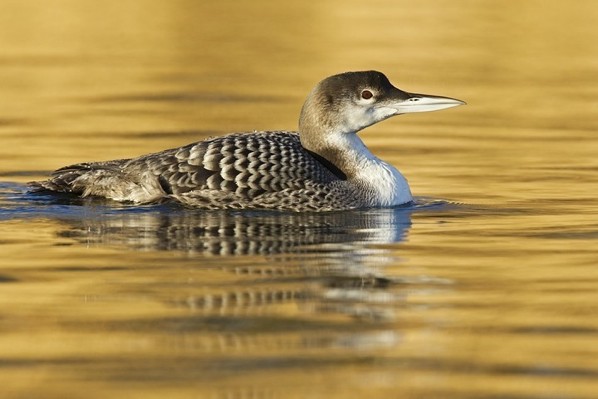 The five types of Gaviiformes – commonly known as loons – are among Earth’s most primitive avian species, dating back to the earliest stages of bird evolution. Loons nest near lakes in the temperate forest, boreal forest and arctic tundra landscapes in Northern Eurasia and North America. In the winter, loons fly south a short way to spend the winter on sheltered bays across the Northern Hemisphere. These 8-12 pound birds possess razor sharp, pointed bills which they use to spear their fish prey.

Lake pollution has caused declines in loon populations, prompting avian scientists to place bands on the bird’s legs to track their movements. In one unfortunate case, an ornithologist was mistaken for a predator by the loon he was banding. The defensive bird plunged its sharpened bill, dagger fashion, through the ribcage and into the heart of the researcher, killing him instantly. 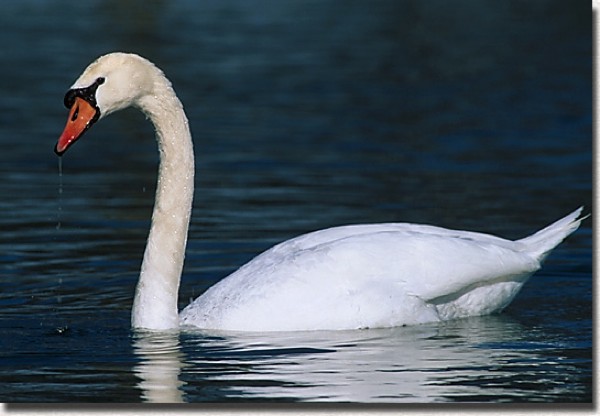 The Mute Swan is one of the world’s largest waterfowl – not to mention one of the most aggressive and territorial. The birds are native to Eurasia, but have been introduced to many other parts of the world – most famously North America. Mute Swans, unlike other swan species, nest in park ponds, community lakes and other sites frequented by humans, and defend their nest fiercely against potential predators.

If a human approaches the lakeshore nest, the 26 pound bird will hiss and charge. The swan strikes its opponent with muscular wings that can span over 7 feet, and pecks and shoves until the threat is mitigated. Serious injuries – including broken bones, bruises and eye injuries – can occur. In one tragic case, a property caretaker drowned after being pushed out of a kayak by Mute Swans his own company had established on a lakeside community. 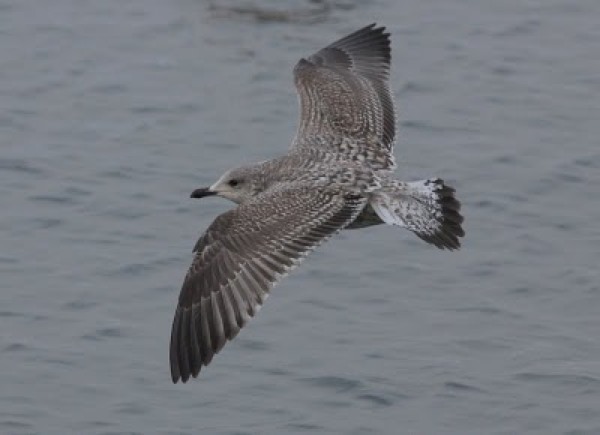 Colonially nesting gulls – especially larger species such as the European Herring Gull – can be highly aggressive towards perceived intruders. Rising garbage levels and reliable food availability in urban areas have encouraged the gulls to nest in these new habitats, increasing conflict with humans. The birds aggressively steal food from humans, causing potential injuries from the massive, razor-like bills. One boy suffered cuts to the face after a gull stole his sausage.

The birds can weigh more than 3 pounds, with wingspans around 6 feet. Territorial instincts are retained during nesting season. In 2001, a women in the UK suffered deep head wounds from an attack, and a dog was killed. In 2002, an elderly man died of a heart attack after being mobbed by gulls. 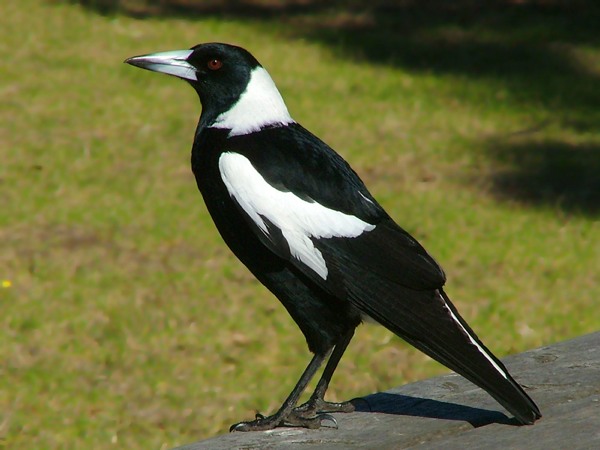 The Australian Magpie is a southern relative of crows and ravens, and it is closely linked to the butcherbird family. The feeding habits of this species are relatively harmless, as it focuses largely on ground-dwelling invertebrates. But the territorial behavior of this giant songbird – with a wingspan of nearly 3 feet – ranks it among the most dangerous avian species on the planet.

During their six week nesting season, the birds fearlessly swoop down in pairs to attack intruders wherever they are most vulnerable. For humans, this means that the head and face areas are targeted; eye injuries, serious flesh wounds and head injuries have all been reported. Fatal accidents have resulted when intruders such as cyclists or pedestrians have panicked after being battered on the head by the talons and the massive, pointed bill. 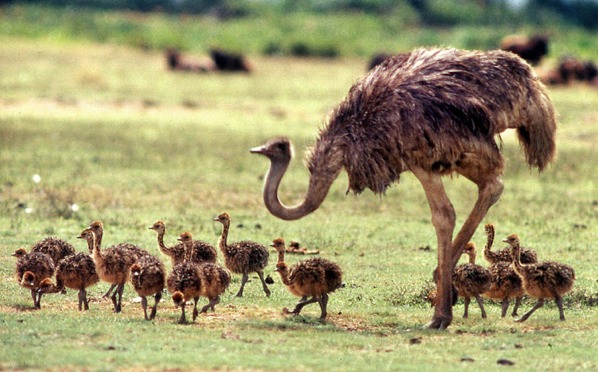 The African Ostrich is the largest bird on earth, and is the sole remaining ostrich species following the tragic extinction of the Arabian Ostrich. Ostriches average 240 pounds, and may reach nearly 7 feet in height.

The bird’s long eyelashes and broad bills may appear comical – but a territorial ostrich is nothing to laugh about. Startled ostriches usually run – reaching speeds of 43 miles per hour – or flatten themselves close to the ground; but when their territory or young are threatened, they may attack humans.

Ostriches have massive leg bones and hoof-like, pointed nails extending several inches. A human target may be disemboweled or battered to death in seconds. In one region of South Africa, up to three attacks occur per year. A number of human deaths have resulted over the years from attacks following intrusions into ostrich breeding grounds. 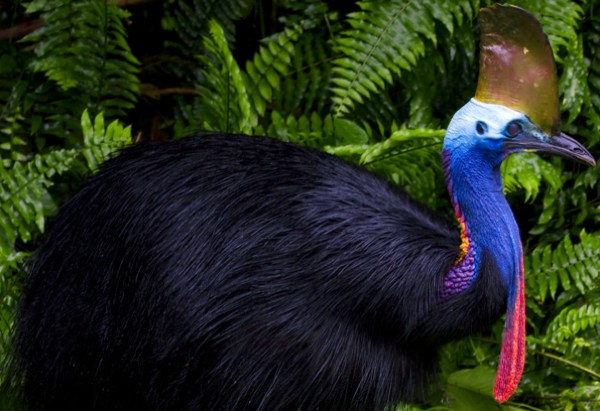 The Southern Cassowarry is a rainforest dwelling member of the ratite family, native to Northwestern Australia and New Guinea. Cassowaries have black plumage and blue skin patches, with a bony head plate that gives it a saurian appearance. These birds weigh over 130 pounds, stand nearly 6 feet tall, and are fiercely territorial.

Armed with razor sharp spurs and one of the strongest kick forces of any animal, Cassowaries will not hesitate to challenge a perceived threat. Human intruders into Cassowary habitat have been ripped open, disemboweled or killed instantly by the force and slicing effect of a Cassowary attack.

Normally, Cassowaries peacefully gather plant material and arthropods from the forest floor – but as with all of the above birds, don’t let yourself be deceived.

Christopher Stephens is a writer and masters student of environmental studies. His book, “First Flights: A Successful Start to RC Electric Park Flying”, is available for sale on Smashwords.com as an ebook, and may be ordered in print here.