[Note: This list contains a competition.] Before Disney packed them full of happy endings and singing teapots, Fairy Tales were dark, violent stories told to teach kids harsh lessons. Fathers preyed on daughters, wicked step sisters had their feet chopped to pieces and wayward children slaughtered pensioners in their own homes. While they weren’t exactly family-friendly, the inclusion of a moral tried to justify the tales’ violence—even if it was partially obscured by overkill. And then you have the stories which were both violent and utterly amoral. Stories like: 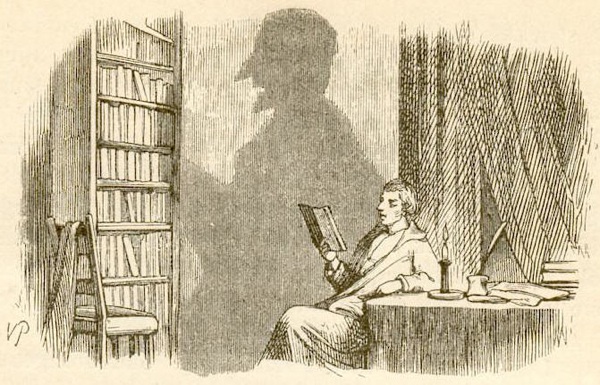 The Shadow is a bleak Hans Christian Andersen tale about a goodhearted writer who loses his shadow. Years later it turns up on his doorstep, having seen the world and decided being goodhearted is for sissies. In the months that follow the two live together—the writer being good and becoming poorer and unhealthier; and the shadow being a dick and becoming richer and fatter. Finally, the shadow offers the writer a trip to a health resort—all-expenses paid—so long as the writer agrees to switch places and become his shadow. At the resort they meet a princess; the shadow woos her and hatches a plot to take the writer’s place permanently. Wow, how will the writer get out of this one?

Spoiler: by being executed. When he realizes the shadow’s plan the writer tries to stop him; only to be arrested while the shadow marries the princess. He disappears and—as an afterthought, we’re later told he was executed. The good man dies and the evil doppelgänger gets to marry royalty and continue being a dick. Nice. 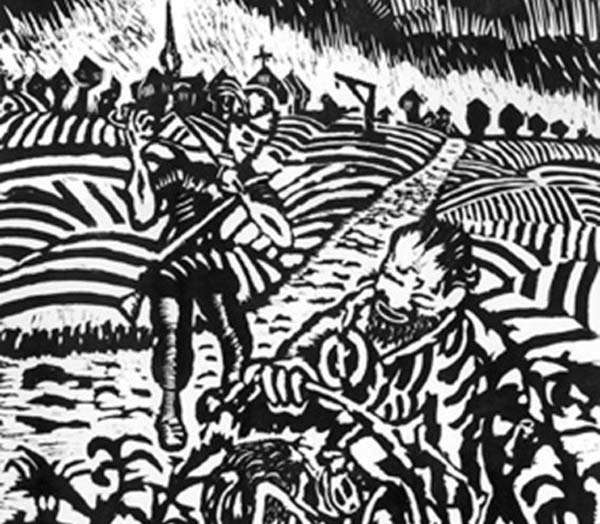 The Grimms’ The Good Bargain starts as an entertaining yarn about a stupid peasant, before metamorphosing into a drunken Mel Gibson rant. Encountering a money-lender so caricatured he might as well be called Shylock; the peasant decides to screw with him. After tricking him into taking a beating in his place, he takes the money-lender’s coat. Naturally perturbed by his recent ass-whuppin’, the money-lender reports him to the palace and the peasant is arrested. Asked to explain himself, the peasant replies: “What a Jew says is always a lie. No true word ever comes out his mouth. That rascal is even capable of claiming I have his coat on.”

When the money-lender tries to reclaim his coat, he “proves” the peasant’s point and gets another beating. As ridiculous as this is, it’s got nothing on The Jew Among Thorns. In this Nazi-favorite a servant is given a magic fiddle that can make anyone dance; she uses it to force a passing Jew into dancing among thorns until his skin is flayed off . As justification for mutilating a complete stranger, the servant simply says: “[Jews] have fleeced people often enough, and now the thorns shall do the same to you.” No wonder Hitler loved these tales. 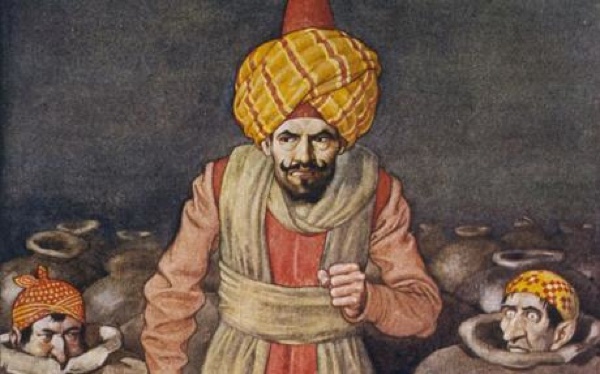 Do you spend your life terrified you’ll screw up in front of someone with a smartphone and become an internet sensation? Turns out the ancient Arabs did. In this tale from the 1,001 Nights, Abu Hasan gets drunk and accidentally let’s rip in a monumental way. Mortified he runs away, only to be pursued across the world by his humiliation; like an early-Islamic Star Wars Kid.

A decade later he emerges from hiding and makes his way back home to find his earth-shaking fart has gone down in history and he’s a national laughing stock. Because that’s the sort of message you want to send your kids: mess up now and people will laugh at you forever. 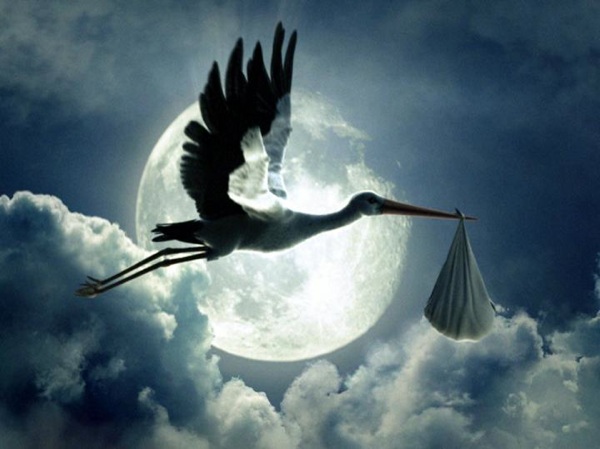 The Moral: If someone teases you, kill a baby

When not letting the bad guy win, Hans Christian Andersen liked to indulge in arbitrary infanticide. The Storks starts out as a worthy successor to his Ugly Duckling—a bunch of baby storks are learning to fly while the neighborhood children mock and jeer them. So what happens? The storks stick it out, learn to fly and rise both literally and figuratively above the bullying, right? . . . Wrong.

It turns out these are the same storks that bring babies. When they’ve learnt to fly and it comes time to deliver some squealing infants, they make note of the kid who bullied them the worst and deliver him a dead sibling. Bear in mind they do it specifically to take revenge, and the story clearly states the kid they’re about to traumatize is six years old. What the hell, Denmark? 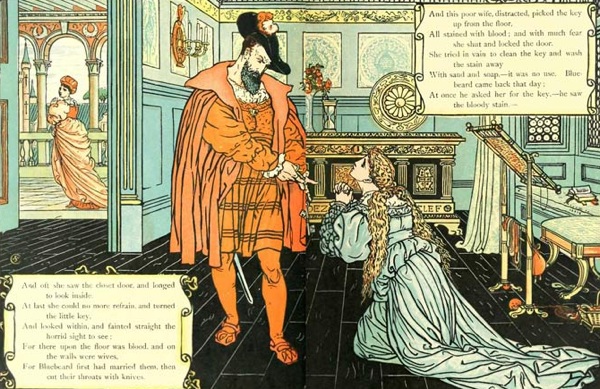 The Moral: Do what your man tells you

You know the story of Bluebeard. A girl marries a guy with an all-over blue rinse, who tells her she can go anywhere in the house, except for the locked room. Because telling someone they can’t do a specific thing is the easiest way to ensure they do it. She unlocks the door and finds the remains of his previous wives. Bluebeard then tries to add her to his Leatherface collection and only fails when her brothers arrive in the nick of time.

What’s sinister about Bluebeard is that the message is identical to the mantra of abusive husbands everywhere: “do as you’re told and you won’t get hurt.” The one point in the story where the girl shows initiative, she nearly pays for it with her life. Thankfully Angela Carter got her hands on the tale centuries later; rewriting it as a kickass feminist parable. 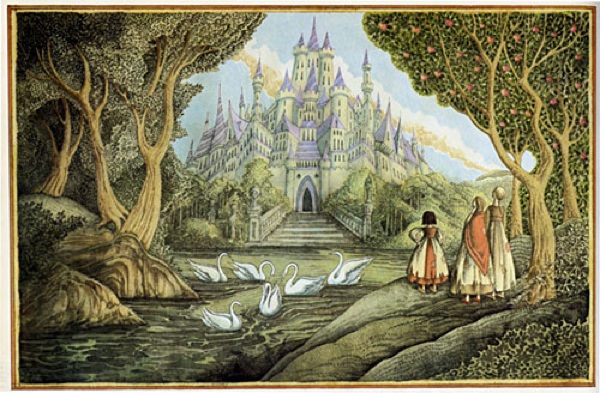 The Moral: Repay kindness with genocide

Molly Whuppie is an old Scottish folktale that teaches you to repay your hosts with mass murder. Abandoned by their parents, Molly and her sisters seek refuge in a house. The woman who lives there agrees to feed them, as long as they eat up and get out before the giant she’s married to returns. Because it takes more than a flesh-eating monster to scare a Scot, Molly mucks around and is still there when the hungry giant comes knocking.

Guess what Molly does while the wife begs her husband to spare their guests? Robs the place, tricks the giant into murdering his children, and finally into murdering his wife. That’s the same wife who was just pleading for Molly’s life. How’s that for gratitude? 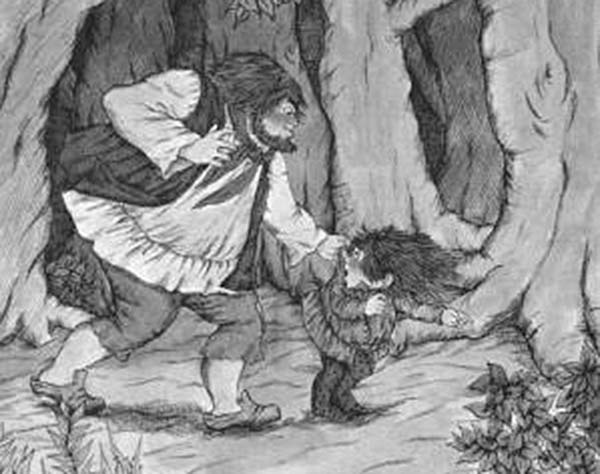 The Moral: Necrophilia will save your life

In this tale of warring farmers Hans Christian Andersen really outdid himself. Amidst all the carnage, one scene is conjured that almost makes the extortion, murder and suicide of the rest of the story pale into insignificance; thanks to its disturbing overtones of necrophilia.

For reasons too complicated to explain, Big Claus wants to murder Little Claus. To this end he waits until midnight, climbs through the window and buries an axe in the human form resting in the bed. Looks like he’s succeeded; until we discover Little Claus isn’t in the bed, because that’s where he keeps his dead Grandmother.

Honestly; the amount of explanation we get is so sparse we can only conclude the worst. When Andersen mentions Little Claus sleeping in a chair beside the body “as he had done many times before,” the insinuation that Little Claus is the Norman Bates of fairy tales becomes pretty much overt. To top it all off, Little Claus is meant to be the hero. 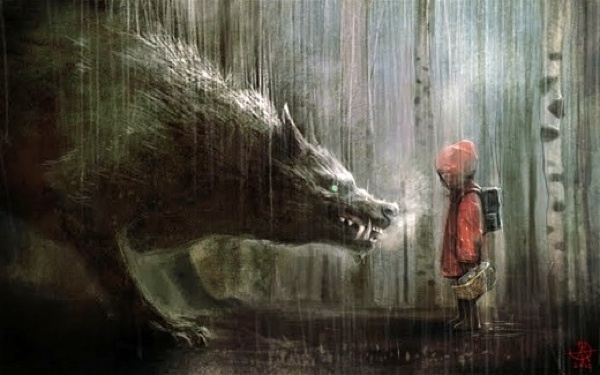 The Moral: You can prevent rape by stripping

It sounds like the synopsis for Rob Zombie’s next film, but early folktales were often sexual, and Red Riding Hood can be traced back to the tenth century. In some versions she takes off her clothes and is eaten by the wolf (a metaphor for being raped); in others he starts some, shall we say, DIY and she escapes. And yet others involve defecation. What they all have in common though, is their utterly shitty moral: if someone murders your grandmother and tricks you into eating her remains: take off your clothes. You’ll make a serial killer very happy. 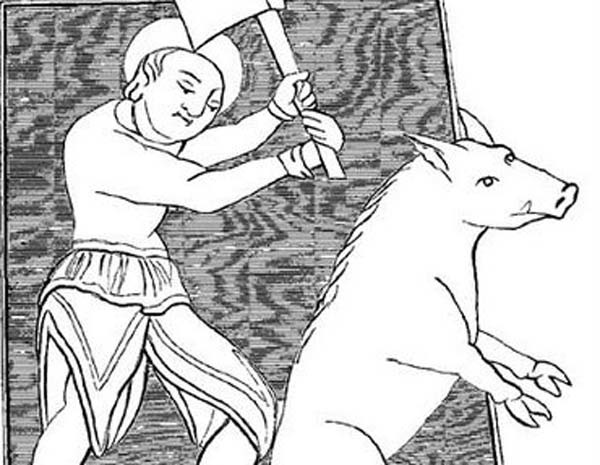 The Moral: You can get away with murder

The original edition of Grimm’s Tales carried two versions of How the Children Played Butcher . . . . Both start with some children watching a pig being slaughtered and deciding to play at being butcher. Both then involve a scene where a child slits another child’s throat as part of the game. One version subsequently takes the Death Wish route by having the mother of the slaughtered child murder his killer, accidentally kill another child and then commit suicide. All the while the other has the killer-child arrested, only to be let off without punishment. Both versions are super-violent, and both were banned in Germany after the war for creating Hitler.

It’s true; occupying forces were so sure of the tale’s contribution to atrocities that they made it illegal, along with nearly all the Grimm’s works. In his respected study on German Nationalism, Louis Snyder argued that the tales morals were often nationalistic, authoritarian and violently racist. The Nazis themselves used them as propaganda. German author, Gunter Birkenfeld, even claimed the seeds of Auschwitz lay in their pages. Now, most of us are probably dubious about the effect of violent fiction on people’s actions, but still. In any count down like this, the most sinister moral of all should always be the one that ends in Hitler. 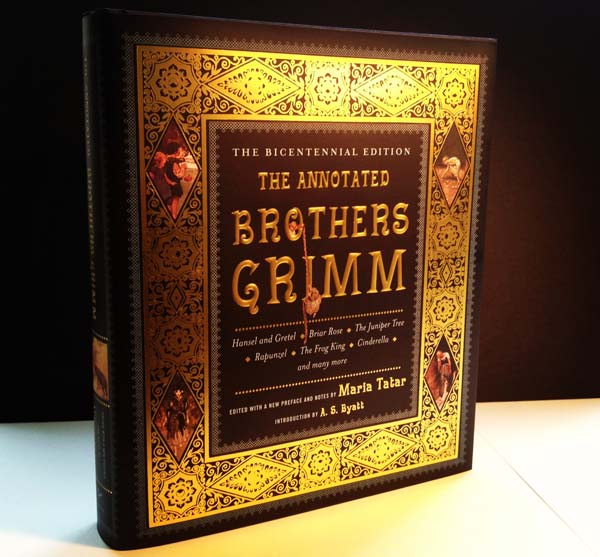 Because we all love fairy tales, we are giving away five copies of the Grimm Brothers annotated fairy tales. The copy we are giving away is the 200th anniversary edition. It contains all the fairy tales you should ever need to satisfy your lust for gruesome and creepy tales—uncensored. To enter the competition you simply have to comment on this list. Your comment should be related to this list and should not be an obvious attempt to win—in other words, don’t comment just for the sake of commenting. When tomorrow’s lists are published, the five comments with the highest upvotes will be chosen from this list to win the prize—so you get to pick the winners with your votes! We will notify the winners by email (if registered) or via a reply here. We will also name the winners on the Listverse Facebook Page. There is no limit to the number of comments per person. You can click the “Facebook” button directly below this to share it with your friends – remind them to vote for your comment.