Forget love, money, or cars: the thing that all of us want most from life is a nice place to live. However, what if you can’t afford your dream property? Or it doesn’t exist? Simple: build it. And, as we’re about to demonstrate, it really doesn’t matter what you build your house from. After all, what about the people who built homes from… 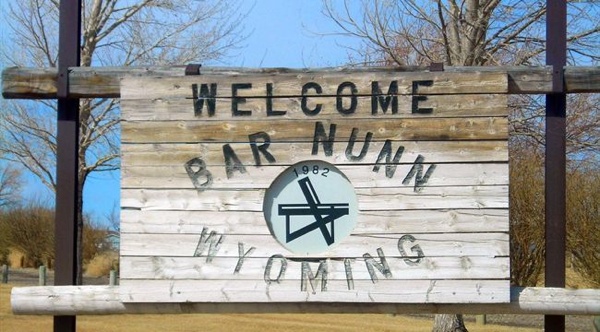 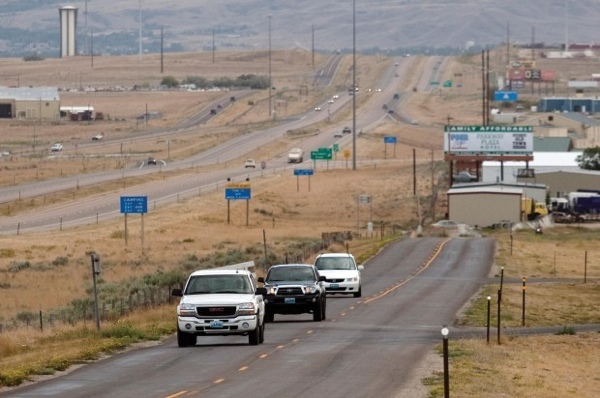 The town of Barr Nunn, Wyoming, is built on what used to be Wardwell Field airport. In 1954, a local businessman bought the 640 acre site from the US Government for use as a horse ranch. However, disappointingly for the horses, it became a full-fledged town in 1982. And don’t think they’ve disguised the fact that it used to be an airport: the streets are laid out along the path of the old runways, as you can see on Google Maps, whilst some of the old hangars have been converted into buildings. We don’t know what the official food of the town is, but we’re hoping its bagged peanuts.

9
Sets from The Phantom Menace 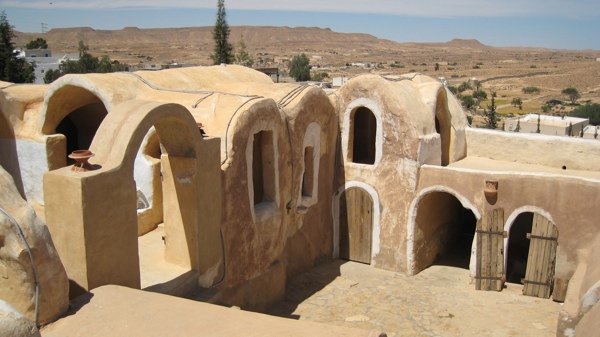 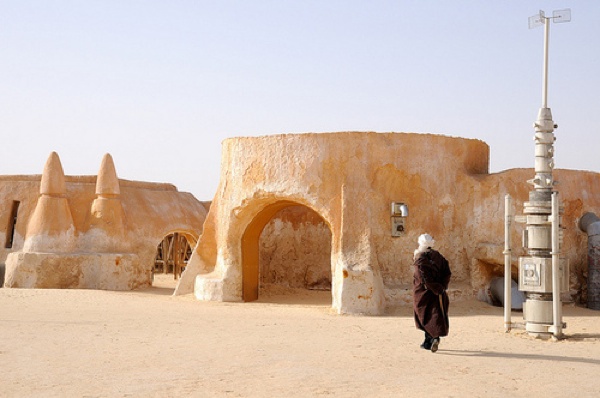 You’d be forgiven for having wiped the existence of The Phantom Menace from your memory. However, it did do some good: the sets of the hometown of Anakin Skywalker, Mos Espa, are currently being used as an impromptu settlement by a group of Tunisians who evidently have no fear of being attacked by Jawas in their sleep. According to the report of one newspaper who visited the camp, the group are making money selling old film props, however, there’s sadly still no sign of George Lucas’ credibility as a film-maker. 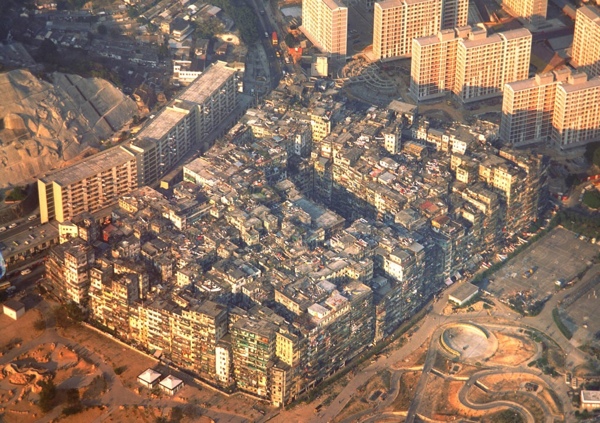 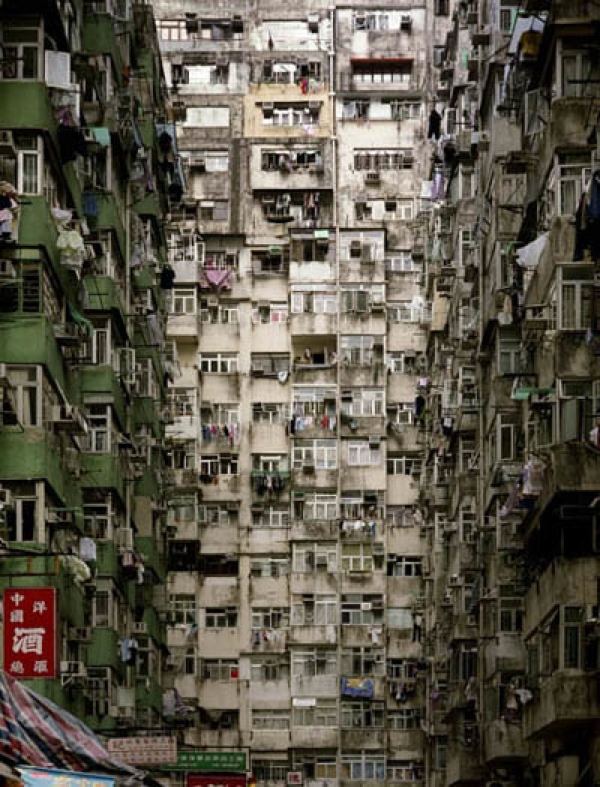 Many of you might have already heard of this, thanks to Call of Duty: Black Ops. Yes, that crazy nest of mess was a real place, albeit without the gunfights and Russians trying to blow everything up. The area was originally occupied in the 1800s by a small coastal fort; however, in 1947 a group of squatters took over the site and built the madness you see above using whatever materials they could find. Being squatters, nobody could afford to hire an architect to build those high-rises, so they built them themselves and hoped that strong gusts of wind were an extinct phenomenon. At its height, the city was made up of three hundred interconnected tower blocks, built in such a cramped space that sunlight never managed to reach the ground inside.

7
Gun Emplacement in the Middle of the Ocean 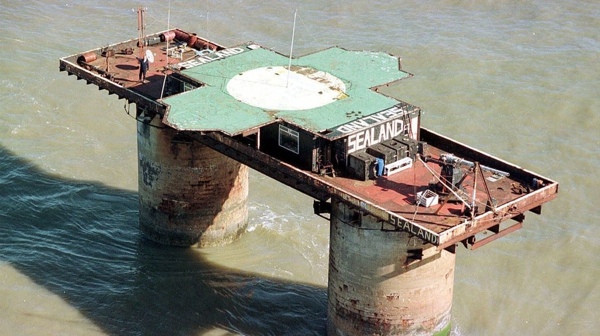 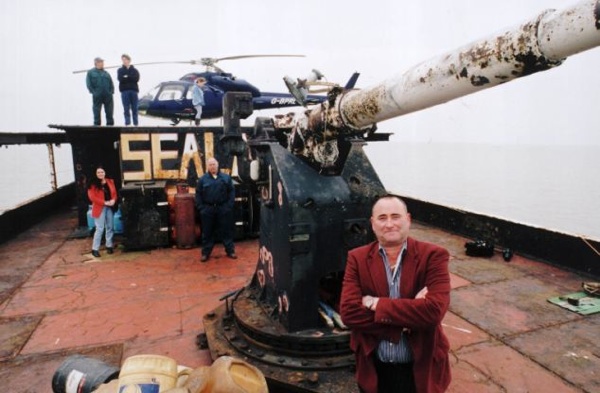 During the Second World War, the British built dozens of oil rig-like gun emplacements in the middle of the North Sea, in order to defend the country from attack by German bombers. One such tower was abandoned soon after the war, until 1967, when it was invaded by a single Englishman, Paddy Roy Bates. Not seeing the irony in forcefully occupying a structure built to defend his country from being forcefully occupied, he originally planned to turn it into a broadcast platform for a pirate radio station. However, the power soon went to his head, and he declared the tower to be the new nation of Sealand. The British government tried to retake the structure but soon realized that they’d built it inside international waters. Legally, Bates wasn’t breaking the law, so the UK let him keep it. Since then, Sealand (or, as it likes to be known, the Principality of Sealand) has developed its own currency, passports, sporting teams, and national anthem. 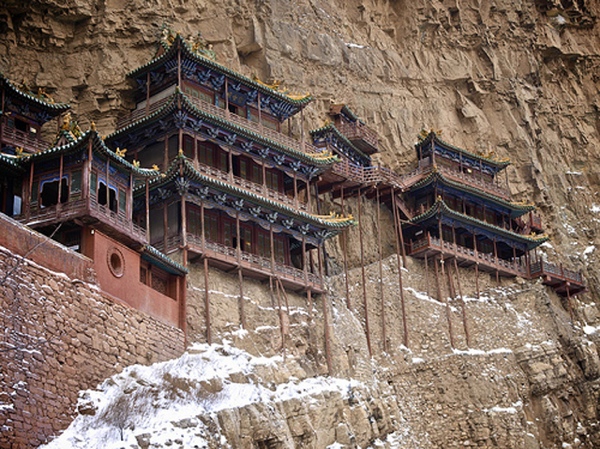 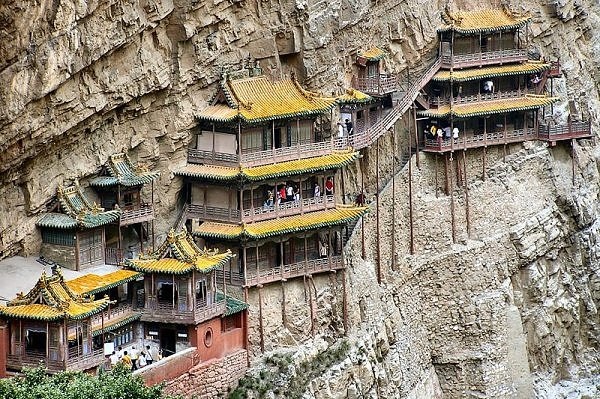 What’s the craziest thing you’ve ever done to get some peace and quiet? Well, we guarantee nothing could ever top the steps taken by the monks that inhabit Xuan Kong Si, otherwise known as the Hanging Temple. Wanting complete solitude in which to meditate, in A.D. 491 they built a monastery on the side of a mountain, because just soundproofing the walls of their old ground-based monastery apparently wasn’t an option. Impressively, for a structure built over 1500 years ago, it’s still standing: the padogas that form the main buildings are held up using super-strong lengths of hard wood driven deeply into the mountain’s rock, a design which makes it near-indestructible.

5
An Entire Fleet of Ships 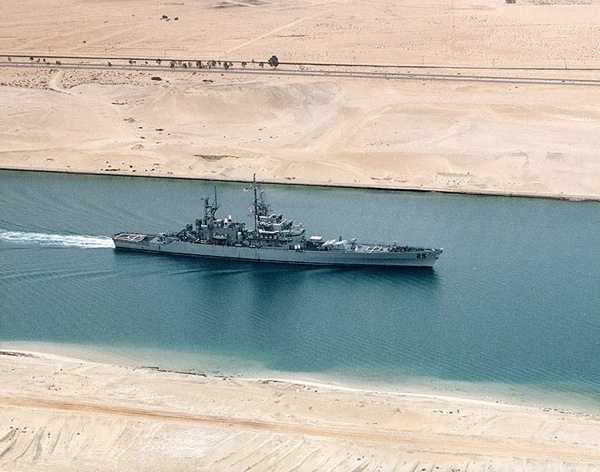 As a result of the Suez Crisis, a fleet of fifteen ships were left stranded in the middle of an oceanic warzone. However, despite facing a life of doing nothing but relaxing, fishing, and working on the best suntan of all-time, the crews of the ships decided to ignore all of that and set up some sort of society. Thus, the Yellow Fleet was born. Each ship was responsible for one aspect of life in the fleet; for instance, one ship was used as a movie theatre, another boasted a soccer field and organized a small-scale version of the 1968 Olympics, whilst one was in charge of running an internationally-recognized postal service. However, whilst the ships were eventually allowed to leave eight years later, only two of them were in any condition to sail by that time. 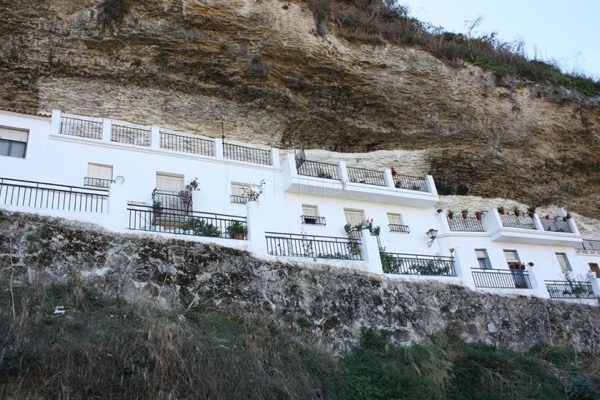 Although the occupants of Xuan Kong Si might have a good reason to fear rock collapses, they don’t have it as bad as the inhabitants of Setenil de las Bodegas in Spain. After all, their houses—and most of the towns buildings—are built directly into the crevices of the cliffs that surround the town, some of which weigh over a million tons. And that figure isn’t hyperbole either. This might seem like a strange thing to do: choosing to live under the rock equivalent of the foot from Monty Python, but this actually forms part of a tradition in this region. People have been continually building homes in these same places for the past several hundred years, health and safety and sanity be damned. 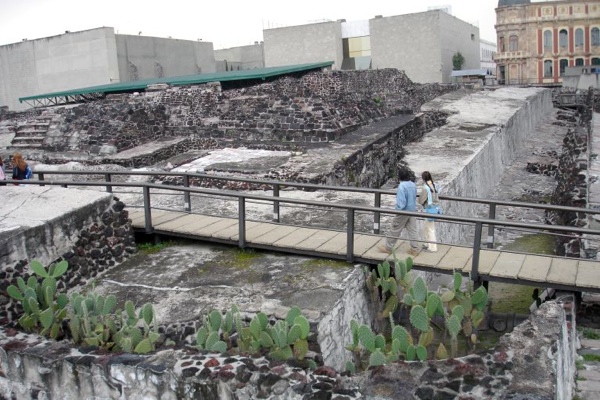 Once the Spaniards had conquered the Aztecs and the newly-founded city of Mexico City in 1521, they decided to expand it: right into the lake next door. So, in a moment of evil genius they simply drained the entire lake and built their extension—half of today’s Mexico City—on the lakebed. Unfortunately, in the understatement of the century, this was perhaps a bad decision. In the aftermath of an earthquake that struck the region in 1985, much of the destruction reported was done to the buildings on the ex-lakebed. This was because the foundation rock in that region wasn’t stable enough to cope with the quake and shifted massively, something which wouldn’t have been a problem if there was a lake on top of it. 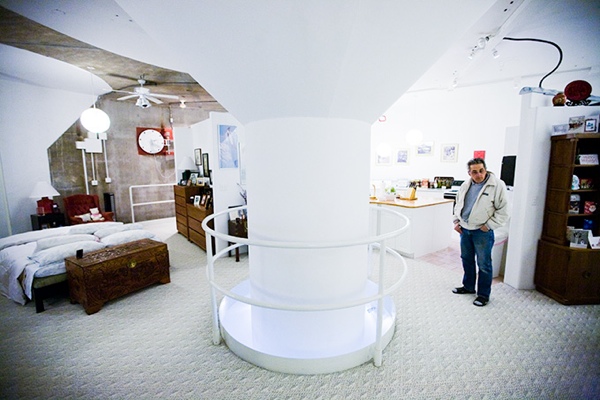 If you know even a tiny bit about twentieth-century history, you’ll know that the USA and Soviets spent most of the Cold War menacingly pointing nuclear missiles at each other; just like some high-stakes game of Chicken, but instead of experiencing shame, the loser experiences a fiery nuclear death. Fortunately, that never happened, and the dozens of nuclear missile silos hidden around the US were decommissioned and left to rot. Well, that is before they became the must-have for anybody looking to buy an abode with some flair. There are just too many examples of where people have bought and converted a silo for us to list; however, this is one of the best documented conversions here. Sadly, the often-extortionate asking price doesn’t also buy you a nuclear missile, but we can guarantee that the neighbors will never start a dispute with you just in case. Neft Dashlari, like Sealand, is a city built on an ocean. Unlike Sealand, however, this city just happened to have been built by Russia, a country not exactly admired for its engineering brilliance. As a result, it consisted of nothing more than several dozen floating oil platforms joined together with bridges so fragile, you’d swear they were made from Meccano. Even more unbelievably, the whole thing worked: alongside the heavy equipment needed to extract the massive oil deposit underneath the city, it also literally supported amenities such as bakeries, lemonade workshops, hotels (some up to nine stories high), cultural palaces, and a traffic freeway. Having been built in the ’50s, approximately seventy-five percent of the structure has now rusted away, but the populace left is stubbornly refusing to leave before the oil deposit has been completely drained, a process that’s estimated to take another thirty years. We say good luck to them.