We all love chocolate, most of us probably eat it every day, or at least several times a week. It is one of the most beloved food products in the world and many would say that they cannot live without it. Most of us probably feel we know chocolate pretty well by now, as it is a regular part of our lives. However, there are many fascinating facts about the world of chocolate that most do not know. Below are ten interesting facts about chocolate, some of these facts are bizarre, some are saddening and others are just downright silly. 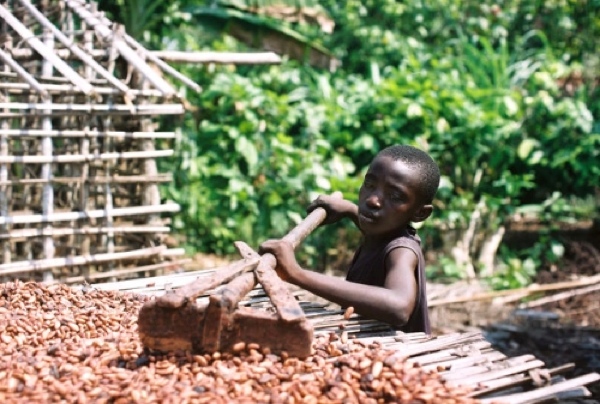 As we mentioned, many of us enjoy chocolate every day. Unfortunately, we are about to make you feel really guilty about it. Have you ever wondered where your chocolate comes from? Most of it comes from the labor of children, it is believed that in Africa alone, somewhere in the range of 56–72 million children work on chocolate farms. These children are often tricked into working or sold into slavery outright and end up living out their lives working on these farms for the profit of others. The children who have it better live on bananas and corn paste. The unlucky ones are regularly flogged like animals.

One child interviewed said that he was tricked into believing he would be earning money to help his family, but that the closest he gets to compensation are the days he is not beaten with a bicycle chain or the branch from a Cacao tree. The child has never even had occasion to try the food he spends his life slaving away to produce. Some would suggest that we buy Fair Trade, the problem is that Fair Trade does little if anything to help. 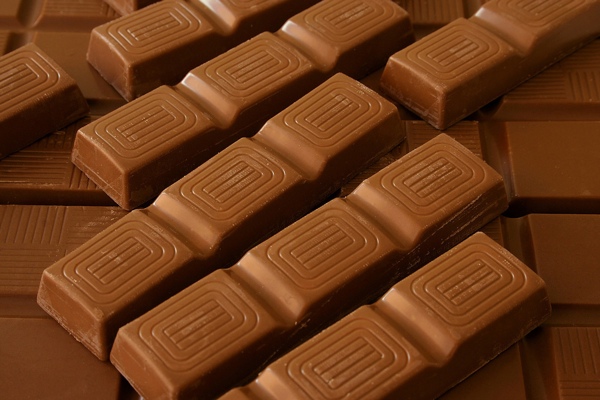 Fact: Many chocolate confections only contain a very small percentage of actual chocolate.

According to Hershey there is no standard in the United States for Dark Chocolate, however, there are standards for Milk Chocolate and Semisweet chocolate. In some countries the standards are different. The UK is said to have slightly higher chocolate contents in most of their confections. In the USA, however, Milk Chocolate only has to contain about ten percent chocolate liquor, whereas Semisweet chocolate has to contain at least thirty-five percent chocolate liquor. Milk chocolate, which has slightly different rules, must contain at least twenty percent Cocoa Butter. 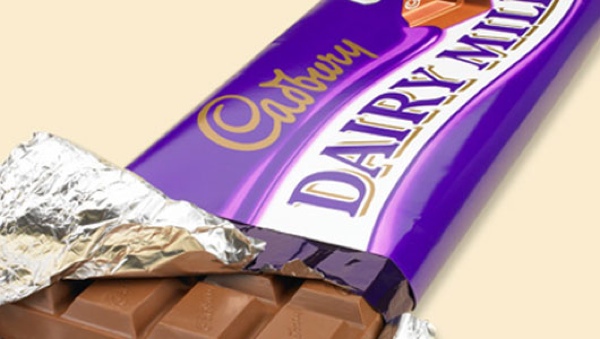 Dark chocolate has gained popularity in recent years; however, it is still not nearly as popular as the milk variety. We are often exposed to semisweet chocolate when baking delicious cookies, but milk chocolate is still by far the most popular. The interesting thing about it is that milk chocolate wasn’t even invented until 1875. The first European invention in regards to chocolate involved removing about half of the Cocoa Butter, then crushing what remained and mixing it with salts to mitigate the bitter taste, this was known as Dutch Cocoa. Milk chocolate was discovered by taking this powder and mixing it with sweetened condensed milk, which had recently been invented by a man named Nestle. And the rest, as they say, is history. 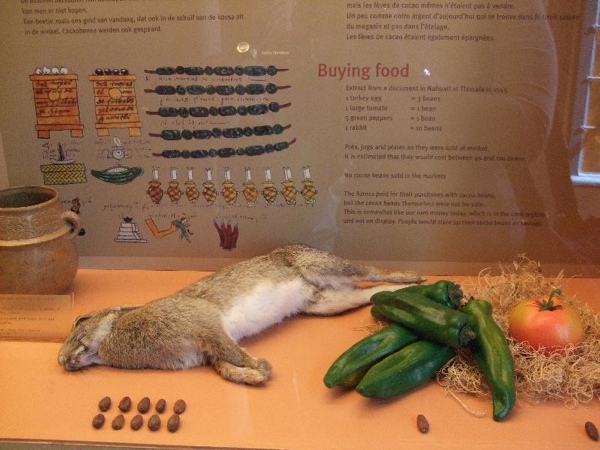 Fact: The Aztecs and Maya’s used chocolate as currency.

The history of chocolate pretty much begins with the Mayans. Cacao beans were so valuable to them that they were used as currency. It is said that ten beans could buy a rabbit, or even a prostitute. And one hundred beans were enough to buy a slave, though slavery in those days was a much different institution in many ways. When the Aztecs came along they adopted these traditions and continued using cacao beans as currency. People would buy everything from livestock, to food and tools with the beans and some people actually created counterfeit beans using clay. Generally only the richer people drank chocolate regularly though, because drinking your money is expensive. 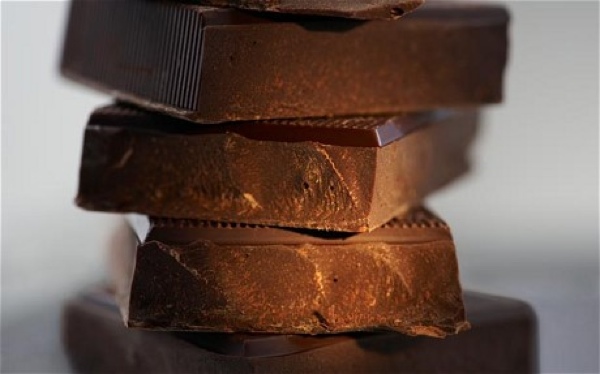 Fact: Chocolate is high in antioxidants and is actually really good for you.

Recent research has shown that chocolate contains flavonoids. The particular flavonoids contained in chocolate are called flavonols and procyanidins, which are good for your heart and assist in preventing the onset of cancer. However, it is important to note that the higher the chocolate content the better it is for you, some studies have shown that only dark chocolate really give you a significant boost in antioxidants in moderate doses. Researchers found that dark chocolate was great for reducing blood pressure, but that washing it down with milk, even if you didn’t eat milk chocolate, would mess with the beneficial effects. 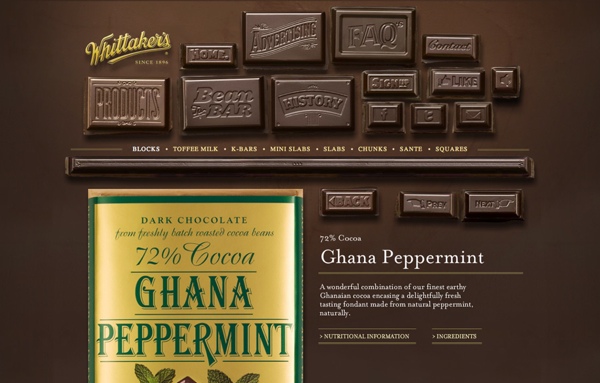 Chocolate contains a higher portion of Theobromine than anything in nature. Theobromine is similar to Caffeine, but it has a milder stimulant effect. Some preliminary research has shown that it may also be helpful for suppressing coughs. While Theobromine has long been used to treat issues such as blood pressure, and is being tested for its use in fighting cancer, you can have too much of a good thing. At high levels Theobromine can cause poisoning, though animals and the elderly are more susceptible to this. A healthy person would have to eat a lot of chocolate before they would be in any danger. 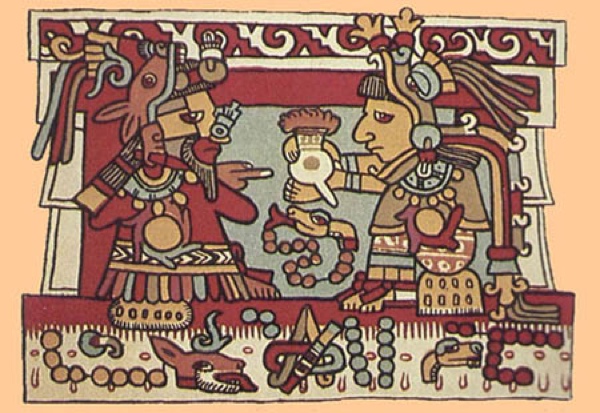 Fact: The Aztec rulers drank tens of cups of hot chocolate a day.

The opulent Aztec rulers and higher class drank a ton of hot chocolate; Montezuma himself was reported to have drunk about fifty cups of chocolate a day. While a normal cup of chocolate wouldn’t contain too much caffeine, the chocolate the Aztecs drank was extremely dark, combine that with the sheer intake and he must have been incredibly wired. What is truly fascinating though is that they did not drink hot chocolate, they drank it cold. They did not drink it with sugar, and it was actually the Spaniards who first added sugar to the drink. The Aztecs would pour the mixture back and forth from pitchers until it got really foamy and believed the foam was the best part. 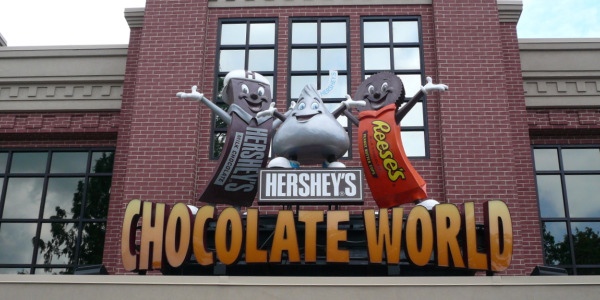 Fact: The chocolate manufacturing companies tried to get approval to call a substitute real chocolate.

A few years ago in a move that had chocolate lovers up in arms, the American chocolate manufacturers tried to petition for approval from the FDA to replace cocoa butter with Hydrogenated Vegetable Oil and call it chocolate. This sort of move is something you would expect to see in a bad move, but a spokeswoman from Nestle actually tried to claim that it was okay because consumers didn’t really know what they wanted and didn’t understand things like “manufacturing efficiencies” and “technical improvements”. While the FDA chose not to agree to the demands of the chocolate industry, it is incredible that they even entertained the petition at all. 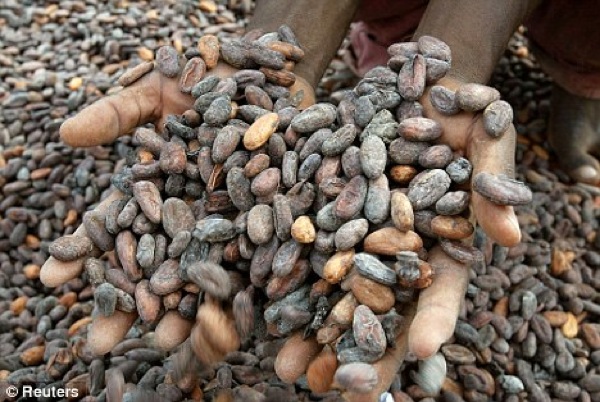 Fact: The world is facing a serious chocolate shortage.

The world is facing a chocolate shortage due to serious diseases that are affecting trees in Latin America where much of the worlds cacao is produced. Not only that but the demand for chocolate is increasing all the time, which makes keeping enough supply to satisfy people extremely difficult. Luckily, the diseases that are affecting chocolate production have not spread to Africa. However, these shortages still could lead to eventual price increases if the farmers are unable to get the diseases under control. While Africa has not had diseases, they have dealt with some droughts recently, which made matters even worse.

In September, 2011, a chocolate bar was created that weighed close to twelve thousand pounds. The bar required roughly seventeen hundred pounds of cocoa butter and about fourteen hundred pounds of chocolate liquor. The bar is supposed to tour around the country in an effort to get kids to “think big” and “eat smart”. We aren’t sure exactly how a gigantic confection will help kids eat smart. More recently in England, the record was broken with an even bigger chocolate bar. The bar took more than fifty people to make and was inspired by the story of Willy Wonka and the Chocolate Factory. Fortunately, all of that chocolate is not going to go to waste. This particular bar is slated to be broken up into pieces and sold, with the proceeds all going to charity.