While most of us in the United States like to think of our country as a world leader, there are many ways to define that term. And when it comes down to the countless categories you can break it down into, it’s not surprising to learn that the US leads the world in a lot of ways—some of them pretty great, and others rather dubious.

What’s surprising are the various ways in which America does not lead the world—and while you may see a theme developing through a lot of the following items, others are really just out of left field. For better and worse, We Are (Not) Number One in: 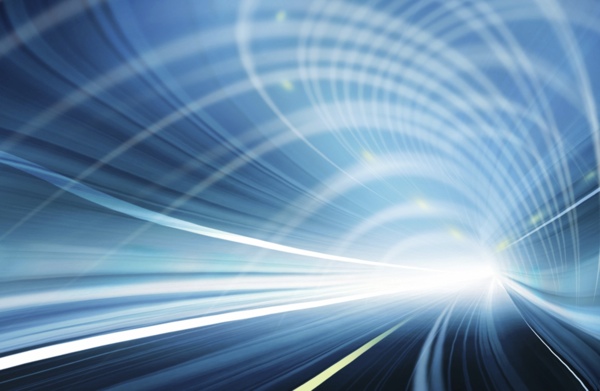 Since you are on the Internet right now, you’re likely not among the sizable US population for which getting a high-speed Internet connection is a royal pain. Sure, Internet speeds are pretty good in a lot of areas, and have improved steadily over the last ten years. And sure, we don’t have much trouble streaming movies and downloading songs. But number one in Internet speed? Not even close: America isn’t even in the top ten.

The reason for this is a sort of disharmony between Wall Street and Internet service providers. The nature of Wall Street tends to penalize carriers for making longer-term investments that won’t realize maximum short-term profit: investments such as infrastructure, for instance. Working mostly with existing infrastructure means that speed increases are minimal and incremental, which leads to your ISP having little excuse to jack up the price of your service. While this is great for you, it’s not so great for your ISP, who can’t increase profits enough to improve infrastructure without help from investors—who, again, don’t give a damn about long-term investment, just short-term profits.

For years, the leader in Internet speed has been South Korea, whose willingness to invest in improving technology combined with their population density (a quarter of the population lives in the city of Seoul alone) makes it comparatively easy to provide blazing speeds to a large slice of the populace. Recently, Hong Kong has challenged South Korea for the title, with Japan perennially in the top five. The US currently ranks fourteenth in the world. 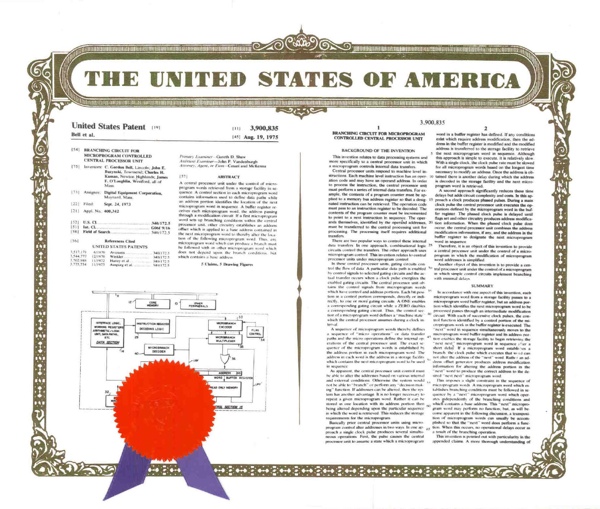 If you live in the States, you’ve probably heard a lot of grumbling recently about all the things that China is threatening to start kicking our asses at. Well, they are—and this is one of those things.

For the last hundred years or so, the US, Germany, and Japan have continually slugged it out to claim the world’s largest patent office. One of those three countries had recorded the highest volume of patent filings for a century before 2011—the year which saw China overtake the US to claim the number one spot. Interestingly, this does not appear to mean that Chinese inventions are about to dominate the world; only about five percent of the new patents that year were filed globally (compared to about half of US patents).

China’s economy is poised to become the world’s largest, thereby officially filling the “Communist Rival Superpower” void left by the departure of the Soviet Union from the global scene.

If you’re American and consume any news whatsoever, you may have the idea that we’re in the middle of the worst epidemic of gun violence ever experienced by any nation in the history of existence. This isn’t just a gross exaggeration; it’s pretty much the exact opposite of the truth.

If you’re wondering how this could be so, keep in mind that scary news stories about horrible violent things that could happen to you at any moment tend to attract lots of viewers.

The US currently ranks twenty-eighth in gun deaths per capita—and if you just now shouted a word that rhymes with “pulpit” at your monitor, it may be helpful to know that despite having the highest rate of gun ownership in the world, violent crime in the US has actually dropped steadily every year since the early Nineties. Yes—the very same time period when violent rap music was supposed to be making every young man in America grab a gun and shoot the closest thing to him.

The “winner” of this dubious honor is a toss-up between El Salvador, Honduras, and Jamaica, all with truly staggering percentages of gun-related deaths per capita—nearly four times that of the US.

7
Production Of Cotton And Steel 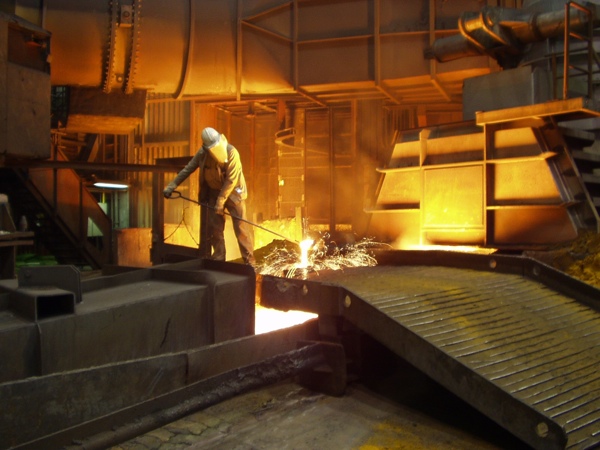 While America is still the world leader in manufacturing, our production of raw commodities is a little hit-and-miss. Two of the biggest—cotton and steel—are areas in which we’ve fallen behind after long periods of dominance.

China was dragged kicking and screaming into the steel industry by Mao’s ill-fated Great Leap Forward, which famously killed millions of Chinese, but did eventually result in booming steel production. China finally led the world in the production of steel in 2010, a year in which it produced over six hundred million metric tons. To put that in perspective, the first year in decades that the US failed to dominate the world’s steel production—1974—it produced about 130 million tons, and only eighty million by 2010.

The US similarly led the globe in cotton production until China surpassed us in the early 2000s, and since then they have regularly pummeled us in this area—currently producing roughly double the output of the US in any given year. For a country that is insanely, irrationally dependent on fossil fuels, this is one area in which one might reasonably expect the US to be the hands-down leader. We are, of course, the largest consumer of oil in the world by a pretty large margin, and we appear to be willing to do pretty much anything—from making a state out of a frozen wasteland, to getting involved in conflicts which are none of our business—to ensure that we will always and forever have a continuous supply of sweet, sweet oil.

But no, the United States is but the third largest producer of oil in the world, behind Russia at number two and Saudi Arabia at number one. For those who have been puzzled as to why we remain staunch allies of a monarchy with a brutal human rights record—a country that still has executions by beheading, and cuts off the hands of thieves—it may have something to do with that number one spot, a position that Saudi Arabia does not appear set to relinquish any time soon. We have an inkling that a lot of our readers outside the US may get the idea that Americans drink quite heavily. After all, the stereotype of the beer-guzzling American didn’t just come from nowhere; we do like our beer, and most times you guys see one of us, we’re on vacation, and therefore piss-drunk.

The drunkest country on the planet would be Moldova, which most of us likely could not point to on a globe, with the Czech Republic at number two, Hungary at number three, and good ol’ Russia at number four. Our fast Internet-loving friends South Korea pop in at number twelve, while Ireland—unbelievably—sits at number fourteen. America is all the way down at number fifty-three! We Americans are not exactly known far and wide for giving a crap about the environment, or for being fond of public transportation. Again, this is not terribly inaccurate: the last time the US was able to put together a three-year run of declining emissions was in the 1980s, and most Americans experience psychological discomfort with not driving the two blocks to the gas station for smokes, to say nothing of biking or taking the bus to work.

And while we do produce a heck of a lot of carbon dioxide, this is yet another area in which we have recently been getting absolutely clobbered by China. in 2008, China produced over seven million metric tons of Co2, compared to our 5.4 million metric tons—“beating” us by about thirty percent.

This is because despite ratifying the Kyoto Protocol, China is still considered a “developing country” and is therefore not obligated at this time to reduce emissions. Their rapid industrial expansion—and the fact that China burns about half the world’s coal every year—combine to make them the biggest carbon dioxide dispenser on the planet. Google Trends reported in 2010 that Pakistan was number one in practically all sex-related searches, including “horse sex”, “rape pictures”, and other horrible things we’re not going to print. We don’t know what this says about Pakistan, and we don’t care. We’re just glad anyone other than us takes the number one rank in searches for “horse sex.” We know what you’re thinking: absolutely not. The US absolutely must lead the world in obesity; everyone knows that Americans have unbelievable access to the crappy processed food that we love, and we never stop eating, ever. Aren’t something like two thirds of Americans overweight? Who in the world could possibly beat us in fatness?

Well, the small South Pacific island of Nauru, for one. The island is home to about 13,000 people—a whopping 94.5 percent of whom are overweight. There is virtually no land suitable for farming, and the island relies almost solely on Australia and New Zealand for food imports, which may be a factor. A similar situation exists in Micronesia, which is at number two on the list with only half a percentage point less, and which similarly relies on US imports for the vast bulk of its food supply.

Sure, roughly three quarters—not two thirds—of the United States’ population is considered overweight, but that’s only good enough for number nine on the list of the world’s fattest countries. In fact, we are one of only two countries in the top ten that are not South Pacific Islands, and the other one—oddly enough—is Kuwait. 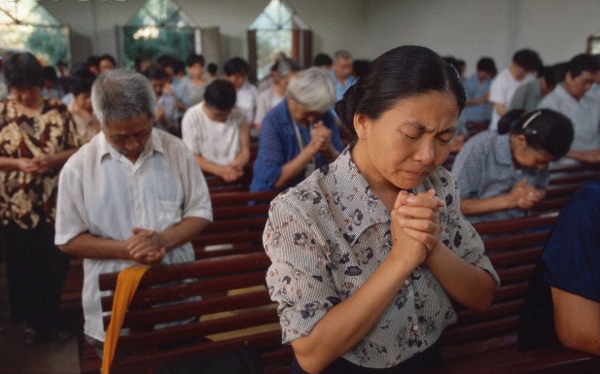 Yes—despite the allegedly secular nature of our government, the US has long been considered a Christian nation. Our secular courts compel us to tell the truth, the whole truth and nothing but the truth “so help you God”, and “In God We Trust” is printed on our damn currency. One could easily assume that we lead the world in percentage of the population that identifies as Christian—and one would be entirely mistaken.

Christianity is the world’s largest religion, with over two billion followers, and the US has the world’s third-largest general population behind China and India; it therefore stands to reason that we have the highest number of Christians of any country—and we do. But Christians make up only about seventy-three percent of our population—and once again, that’s not even good enough for the top ten.

Number one is most likely Greece, with a mind-blowing 99.7 percent of the population identifying as Christian. Many, many other nations are in the nineties, with Moldova and Micronesia popping up again, alongside much larger countries like Mexico, Poland, Romania, and Venezuela. Oddly, the perception that we are a “Christian Nation” seems to be increasing, right along with our religious diversity.

Which goes to show—as suggested by a lot of entries on this list—that you shouldn’t rely on stereotypes, even if a lot of them are admittedly still true.