Our human heritage is as much in danger today, as it was a thousand years ago. The notion of a shared human heritage is a doctrine of international law. It believes that certain regional areas and cultural elements should be protected from exploitation and destruction. To conserve our ancestry and customs, we have to start thinking of our cultures and precious monuments as part of a united world culture. Through the ages innumerable ancient sites and monuments were destroyed by wars, vandals or natural disasters. Apart from the 7 ancient wonders of the world (of which only the great pyramid is still left), here are ten of the most tragic losses.

10
The Desecration of Baghdad
Iraq 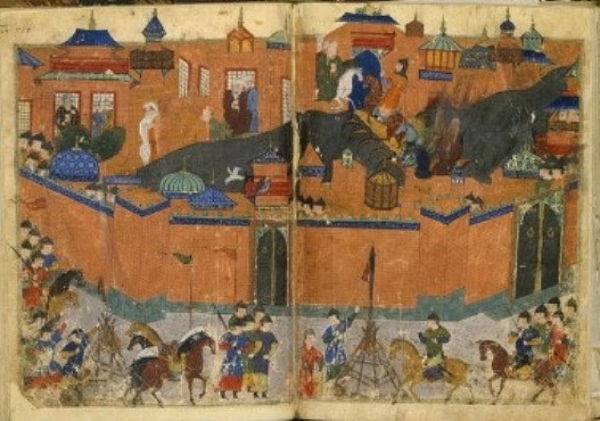 It is said that the desecration of Baghdad in 1258 by the Mongols ended the golden era of Islam. In this era, Iraq had developed canal systems that supported its agriculture. Baghdad had a refined culture, was a leading centre of education and was host to various mosques, palaces, hospitals and libraries. As the Mongols conquered and leveled the city, they also destroyed the House of Wisdom and the Grand Library—survivors claimed that the waters of the Tigris turned black from the vast amounts of books flung into it. Thousand were murdered, including the caliph. To this day, its former glory has never been restored. 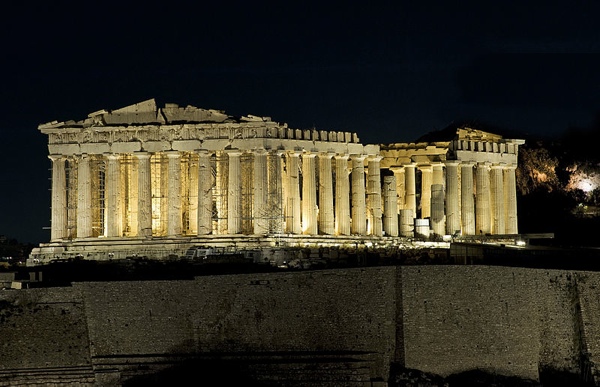 The Parthenon was completed in 438 B.C.. It’s scarred and skeletal remains are the most important surviving remnants of Classical Greece. Through the ages, the temple served as a treasury, Christian church, mosque and a munitions dump. It was home to grandiose carvings, sculptures and decorative stonework—most notably the chryselephantine sculpture of Athena created by the famous sculptor Phidias, now lost and only known from descriptions, gems, coins and paintings. It was damaged beyond repair in 1687 when the munitions were ignited during a Venetian assault. During the 18th century, the ruins were desecrated even further when the remains of the sculptures and friezes were severed from the walls.

8
The downfall of Memphis
Egypt 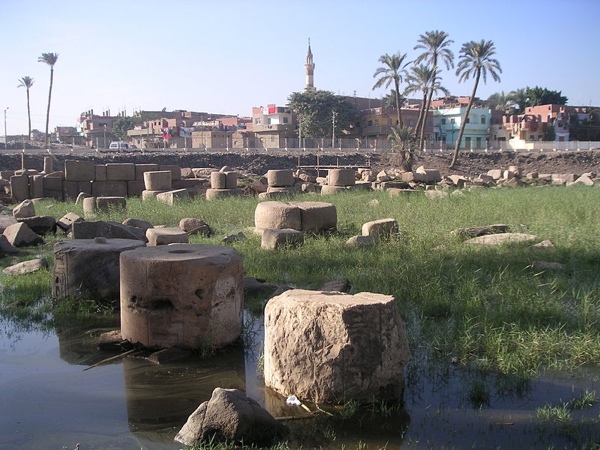 Memphis was the Capital of Ancient Egypt for several centuries. It was also the seat of the cult of the god Ptah. During its golden age, Memphis was the primary royal residence and sources speak of immense palaces that were built underneath important royal pyramids. Invaded by the Hyksos in 1650 B.C., the astounding monuments, temples, palaces and statues were destroyed and looted. The city gradually became a quarry for new settlements being built in the area. Even the foundations of Cairo were laid with stones from the destroyed temples. Today, apart from its ruins, almost nothing remains of ancient Memphis. 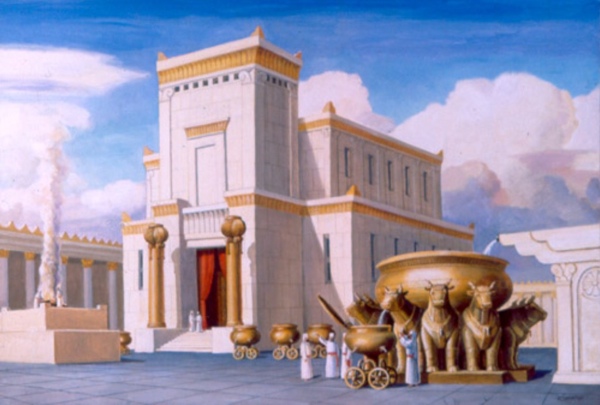 The First Temple or Holy Temple was dedicated to the God of Israel and is believed to have been built by King Solomon in 832 B.C. on the Temple Mount. It was the first fixed temple structure of the Jewish people as previously tents or tabernacles were used. It harbored the Ark of the Covenant that contained the two tablets Moses received from the Lord, as well as numerous sacred vessels and sculptures. Certain parts of the temple were even plated and glazed with gold. Though limited proof has been found to verify the temple’s existence, the sensitive religious and political nature of the area makes archaeological excavations impossible. Its destruction is one of the most tragic events in Jewish history. 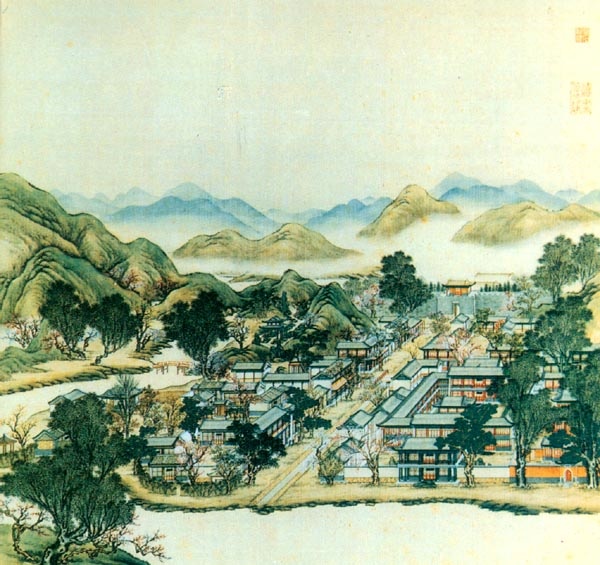 The Imperial Gardens, built in the 18th century, was the residence of the emperors of the Qing Dynasty. (The Forbidden City played host to formal ceremonies.) It was a combination of palaces, halls, pavilions, lakes and gardens that covered 860 acres, roughly 8 times the size of the Vatican City. It had one of the largest and most exquisite art collections in the world that included unique copies of manuscripts and compositions. It was destroyed in 1860 by British and French troops after two British envoys were murdered. Of the surviving relics most remain in private collections despite the Chinese government’s efforts to retrieve them. 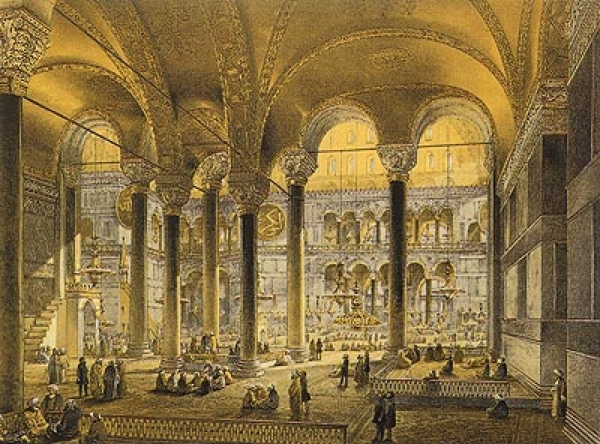 Constantinople was the biggest and most prosperous capital in the Eastern Roman Empire. The Imperial Library was the last of the great libraries. It conserved ancient Greek and Roman manuscripts and also had a Scriptorium to duplicate the ancient texts in a time when uncertainty and chaos brought about their mass destruction in Africa and Europe. In fact, most of the Greek classics known today are copies that came from the Imperial Library. The greater part of the library was destroyed during the 4th Crusade in 1204 with the last vestiges completely lost after the Ottomans captured Constantinople in 1453. Some manuscripts were said to have survived into the Ottoman era but none has ever been found. 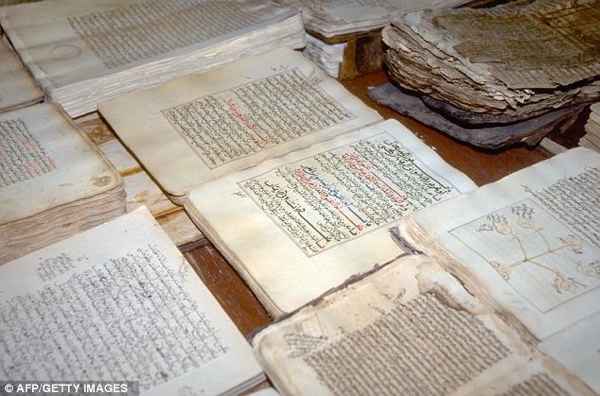 Timbuktu lies 620 miles northeast of Bamako. Its cultural treasures made it a hotspot for venturesome tourists and international academics. Home to priceless artifacts, thousands of ancient manuscripts and sacred tombs it is believed by many to be the academic and religious center of Africa. In April 2012 Timbuktu was captured by Islamist militants. In what has been called an “offense against the whole of Africa” the following months saw the destruction of several ancient tombs of Sufi saints because it “contravened Islam”. As Timbuktu was liberated by French and Malian forces, the militants further outraged the international community by setting fire to the Ahmed Baba Institute, burning thousands of ancient manuscripts. 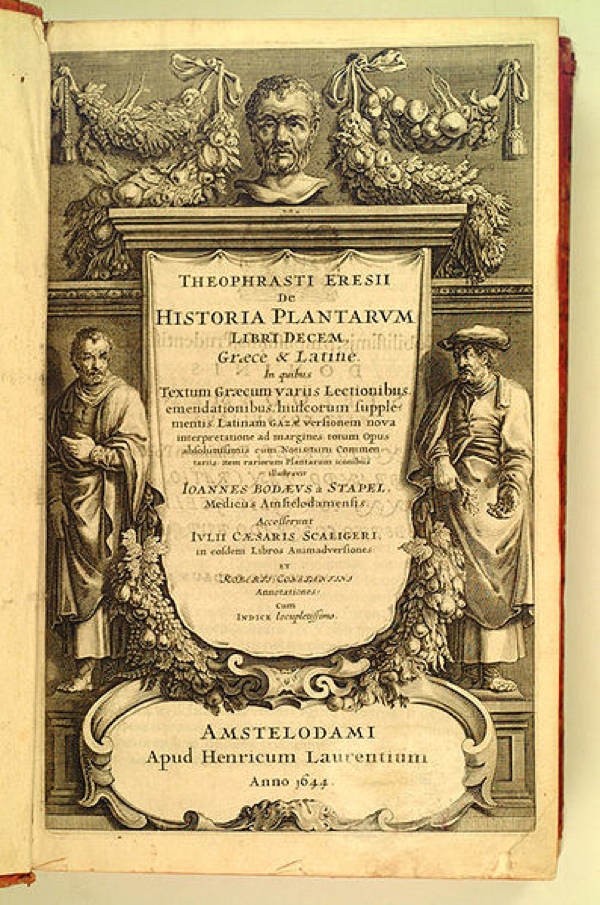 Aristotle is one of the most influential people to have ever walked this earth. He contributed to nearly every area of human understanding and pioneered several new fields of study. His writings and dialogues (of which the majority are believed to be lost) covered a vast area of subjects. The remaining texts mostly consist of working drafts or notes that were used in Aristotle’s school. It is believed that the writings ended up in a cellar a few generations after his death where they were severely damaged. Rediscovered in the 1st century B.C., numerous errors were introduced into the writings when Apellicon of Teos tried to restore them. 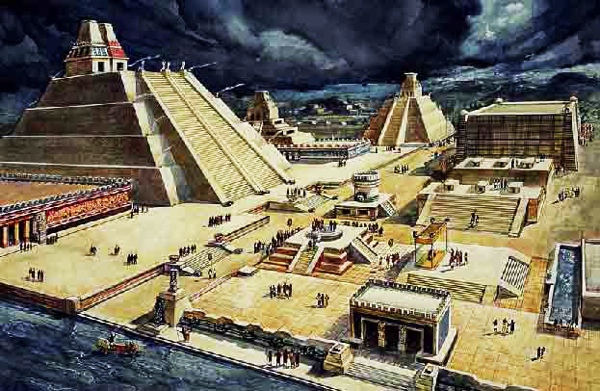 Tenochtitlan was the capital of the Mexica Empire. Located on an island on Lake Texcoco, it was the largest city in the New World. In comparison to Europe, only Constantinople, Venice and Paris were larger. It was connected to the mainland by causeways obstructed by bridges that could be retracted if the city came under attack. It was home to the palace of Montezuma, the Templo Mayor temple complex, zoos, an aquarium and botanical gardens. The glorious city was destroyed by the Spanish conquistador Cortés in 1519. The city was destroyed and its palace and temple dismantled whereupon the Spanish constructed a cathedral and colonial city on top of it.

1
Destruction of the Bamyan Buddhas
Afghanistan 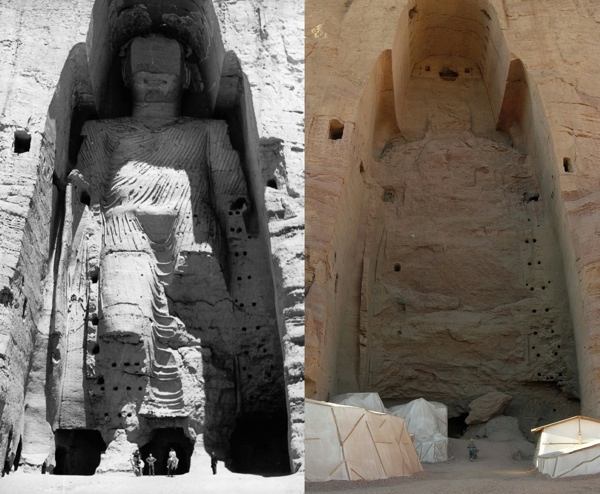 Created in the 4th century A.D., the Bamyan Buddhas were the largest standing Buddha carvings in existence. Placed at a crucial waypoint next to the fabled Silk trading route, these cultural landmarks were a testimony to the exchanging of Indian, Roman, Hellenistic and Islamic ideas for hundreds of years. They were also important figures in the accession of Mahayana Buddhist tutelage, which accentuated the capacity of each and every person to obtain enlightenment. In March 2001, the Taliban regime declared the statues to be “against Islam” and had them demolished with anti-aircraft munitions and dynamite. The methodical eradication of Afghanistan’s Buddhist inheritance has been criticized internationally.