The American Revolution may have guaranteed our inalienable rights to life, liberty, and the pursuit of happiness. But for better or worse, America and the rest of the world still owes a great deal to the French Revolution.

Many of the ideas and ideals on which our societies are based were born in the rebellious fervor that accompanied the French Revolution. But it also influenced changes in less critical areas like food, fashion, and zoos.

10 The Idea Of Equitable And Humane Capital Punishment 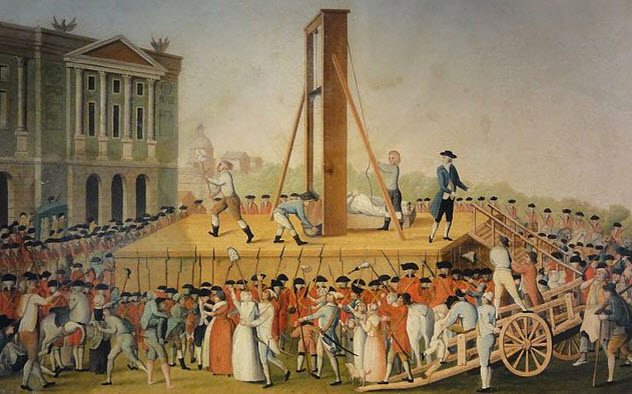 Championed by Dr. Joseph-Ignace Guillotin, the head-chopping machine was adopted in 1792 as the sole method of execution approved by the state. And it was, truly, a huge improvement over other methods of execution, such as death by hanging, drowning, or burning. Worst of all was the wheel, which broke the arms, legs, and backs of the condemned as their bodies were draped over wheels with their faces “turned to Heaven, to remain until it pleases God to dispose of them.”

Promoted for its effectiveness and efficiency by French surgeon Antoine Louis, the guillotine was first nicknamed the louisette or louison. Later, it became known as the national razor.[1]

Another revolutionary nickname for the guillotine was “the widow” because 88 percent of the decapitated were men. Post-revolution and until its last use in 1977, less than 1 percent of those who found their necks under the blades of the louisette were women. Comparatively, just 3.6 percent of those executed in the US are women. 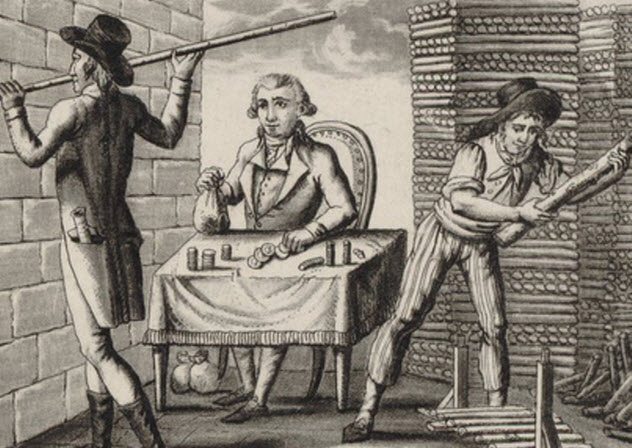 In 1793, the meter was invented to standardize and unify the over 800 measurement units that were used in France prior to the revolution. Based on the distance from the North Pole to the equator along the Paris meridian, the new system replaced a panoply of units often based on the extraordinarily variable human body, such the foot (pied) and thumb (pouce). Other measures included the bushel (boiseau) and the acre (arpent or septier).

As the Englishman Arthur Young wrote when he was traveling in France from 1787–1789, “[In] France, the infinite perplexity of the measures exceeds all comprehension. They differ not only in every province, but in every district and almost every town.”

So it was a helpful innovation to have measures that crossed town borders and were used by everyone. Still, the new democratic system was not immediately embraced and did not become the law of the land until 1799.[2]

All things considered, the French transition was nonetheless a rapid success. On the other side of the Atlantic, Thomas Jefferson gave conversion to the metric system a shot in 1789. Alexander Graham Bell tried again in 1906, and the US government has written act after act to encourage its adoption—in 1866, 1968, 1975, 1988, 1996, and 2004.

Nothing doing. The US general population is very attached to its feet and yards. 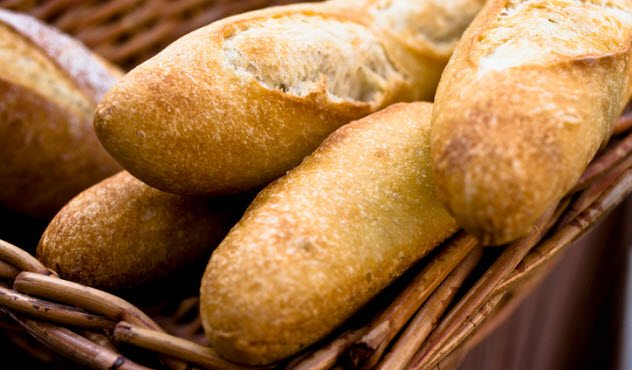 In 1793, an official government decree stipulated that all bread must be created equal. No more heavy round balls of bread (the boule) for the poor and light, flaky loaves for the rich. Everyone would eat the same staple.

Whether this new loaf was truly the baguette is open to debate. Several legends circulate and are difficult to prove. But it is incontestable that the baguette was born in the revolutionary period.

One theory attributes the invention of the baguette to tax evasion. In 1790, there was talk of levying both an indirect and a direct tax on bread—on the boule. By changing both the flour used and the form confected, boulangers could sell what they liked, tax-free.

Another theory is that the baguette was introduced by a young Viennese officer–turned-baker who arrived in Paris around the time of the Second French Revolution in 1830, bringing with him recipes for beer-leavened, vapor-baked bread in an elongated form.[3]

Those who want to hang on to the Frenchness of the baguette might prefer to attribute it to Napoleon’s Great Army. The baguette’s cylindrical shape and lighter weight was so much easier for soldiers to pack and transport, especially since the average boule weighed 1–3 kilograms (3–6 lb).

7 The Fabulous Restaurant Scene In Paris 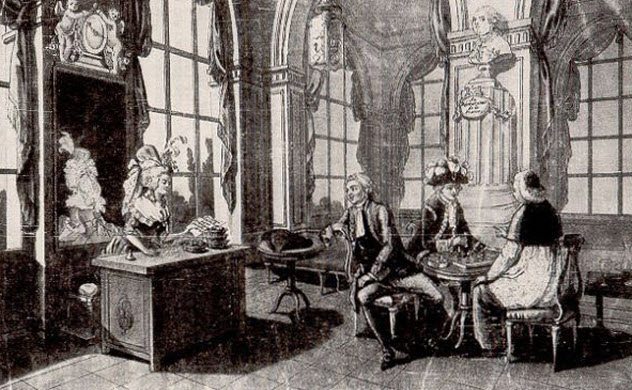 Prior to the revolution, the French population, estimated at 26 million, included some 400,000 nobles. After the revolution, about 15,000 remained. So there were multitudes of excellent cooks and serving staff out of work, looking for something to do. Many opened a new sort of restaurant where diners could sit at their own tables rather than common ones. They could also eat their choice of dinner on fine china and served with flourish and grace.

The word “restaurant” originally designated a restorative bouillon of concentrated meat juices. By the middle of the 18th century, just before the political turmoil, the term had come to represent the place that provided such restauration. The first restaurant to offer choices beyond the restorative bouillon opened in Paris in 1872.

6 Standardization Of Language And The Invention Of ‘Canadian French’ 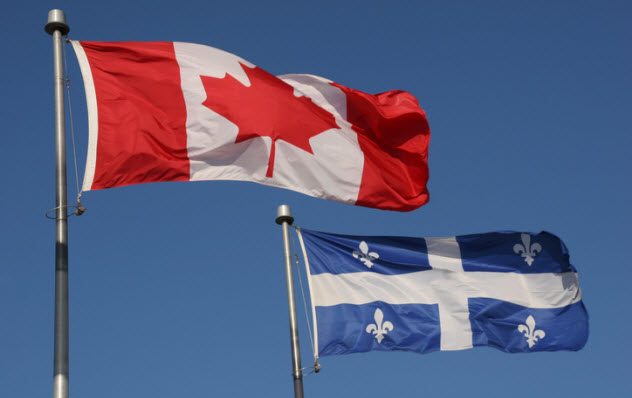 Fashioned in China in the early 16th century, the toothbrush made its way to Europe 200 years later. The first toothbrushes appeared in England in 1780. They were precious sorts of objects, made of silver or ivory and often embedded with jewels.

Dental hygiene was certainly not foreign to France prior to the revolution. But the toothbrush was looked upon with suspicion and was not popularized in the Hexagon until Napoleon favored it during the First Empire.

In Louis XVI’s day, the mouth was not a pleasant place. As such, vowels were kept closed. Moi was pronounced “moy,” with only a slight opening of the mouth. Peasants, who had a few other worries, pronounced the word “mwa” with little concern for whatever odors they might be releasing to their company.

In 1789, not many peasants actually spoke French, though. With 30-odd dialects, French was a foreign language to the majority of its population. Unifying the country linguistically was a big deal.

In 1793, “linguistic terror” imposed French on the entire population of the territory. Popularization of the language, though not immediate, was a priority. The country would no longer speak the king’s French. Instead, it would open its mouth for greater inclusion.[5]

Although the Treaty of Paris in 1763 had effectively put an end to France’s presence in North America, Canadians remained attached to the French monarch. They felt no need to abandon their accents for the popularized version being promoted in Paris. Thus, Canadian French was born. 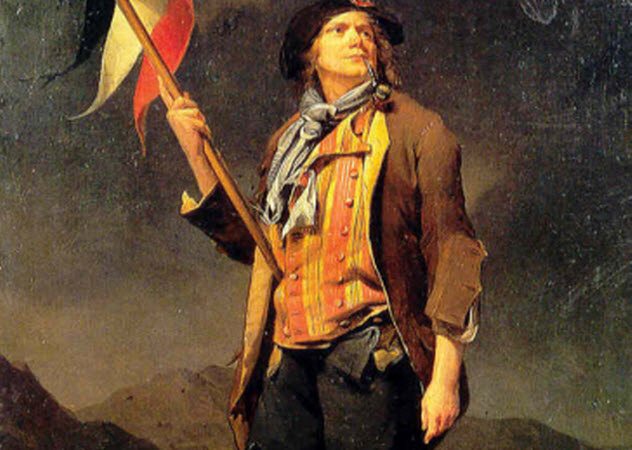 Under the Old Regime in France, clothing was dictated by one’s rank in society. At the National Assembly, for example, nobles wore cloaks and vests embroidered with gold and hats adorned with feathers. The clergy wore ecclesiastical robes in red, purple, and gold.

Both of these privileged classes also wore culottes (breeches). The rest of the representatives, the Third Estate, dressed in plain black suits with white ties and simple hats. This mandated dress code was a visual demonstration of inequality.

By 1792, revolutionaries were flying banners criminalizing culottes. True republicans were “free and without breeches.” Dressing according to the mandates of the Old Regime could be life-threatening for a nobleman, whose feathered hat risked permanent removal from his breeches.[6]

Fashion was also revolutionized and democratized for women. A noblewoman in Old Regime France would have been hard-pressed to get dressed without help. By the time Josephine took the throne beside Napoleon, fashions had changed.

Josephine was as interested in fashion as Marie Antoinette was, but much of what Josephine wore could be slipped on single-handedly. Skipping forward a couple of centuries, Coco Chanel, an impoverished, orphaned child raised by Catholic nuns, would dominate the Paris fashion world for nearly six decades. 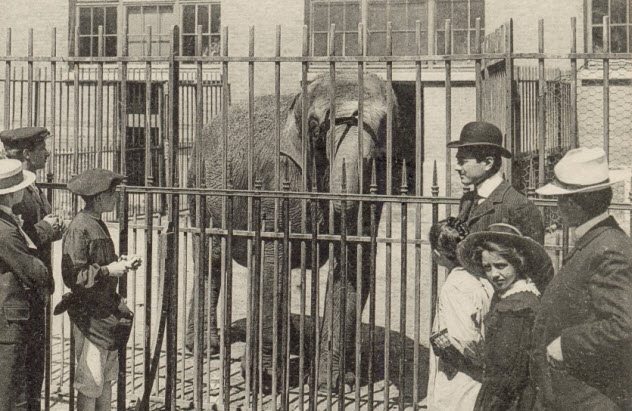 Although the menagerie of the Jardin des Plantes dates back to the end of the 16th century, it did not become a modern zoo until the animals of exiled or guillotined aristocrats needed a new home.

In November 1793, three private collections of live, exotic animals that had been seized by the government from aristocratic families found a home in the Jardin des Plantes. That same year, a decree was passed outlawing the presence of wild animals in the streets of the capital. They, too, made their way to the Jardin des Plantes.

Finally, in 1794, the surviving animals from the royal collections in Versailles and Raincy joined the others and a true zoo with 58 animals was officially opened by a decree passed by the Convention.

3 The Democratization Of Gastronomy 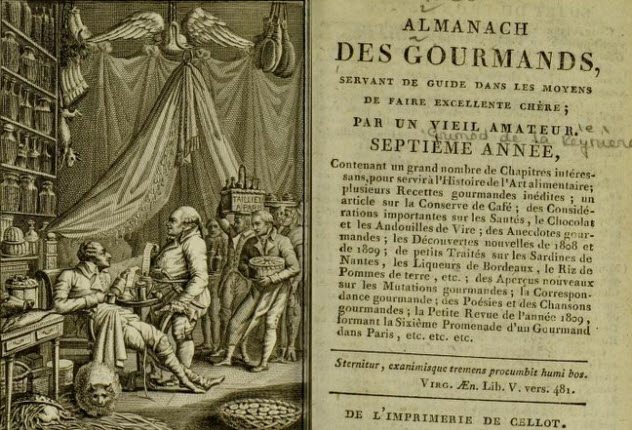 The Almanach des Gourmands, first published in 1803, refers specifically to the culinary revolution that necessarily followed the political one. With such a sudden and dramatic redistribution of wealth, the Almanach was something of a how-to guide for fine dining.

The first edition was dedication to a famous gourmand, Monsieur d’Aigrefeuille, and mentions Jean-Jacques-Regis de Cambaceres specifically as having the most distinguished table in all of Paris.

Cambaceres and d’Aigrefeuille were revolutionary figures from Montpellier in the south of France. As Napoleon’s Second Consul, Cambaceres spent exorbitant amounts on cuisine. A full third of his official budget was spent in his kitchen.

He sent for regional specialties from across Europe and beyond. His ox came from Hamburg, his hams from Westphalia, and his wines from Oporto, Madeira, and Malaga. Promoting good food was definitely on his revolutionary agenda.

Today, France’s Gastronomic Encyclopedia includes the entry “a la Cambaceres” as a method of cooking certain delicacies including lobster, pigeon, and foie gras. Cambaceres’s most lasting contribution to the world of cooking, though, undoubtedly lies in his popularization of it.[8] 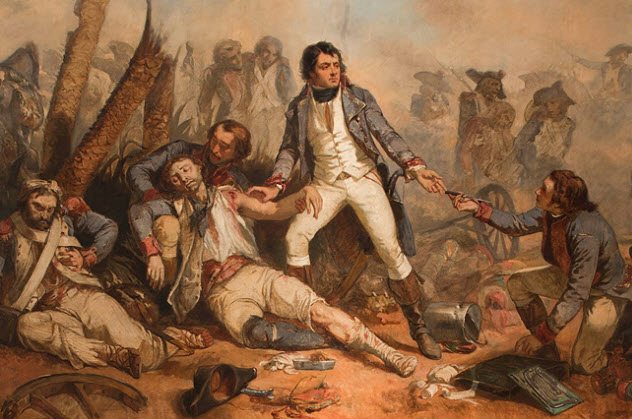 Under the Old Regime, medicine in France was as stratified as the rest of the society. Physicians had authority over surgeons. Not just anyone could become a doctor, and if you were able to become a surgeon, then you could not become a physician. The two branches of medicine were subject to different laws, different rights, and different social standings.

By 1792, the ideals of liberty and equality had spread to medicine. Wars following the revolution provided the context for surgeons to influence and change the medical world as never before.

In 1792, Dominique Larrey, a surgeon in the Imperial Guard, introduced the idea of triage, from the verb trier (“to sort”). Etymologically, trier means to separate into three, which is what Larrey did on the battlefield.

Some wounded were beyond hope (group 1), others may or may not have survived with medical intervention (group 2), and still others stood a good chance of recovery (group 3). Naturally, the last group was given priority by the triage nurse, a newly created position on the battlefield and in hospitals across the country.[9]

1 The Implementation Of A Red Cross–Like Medical Service 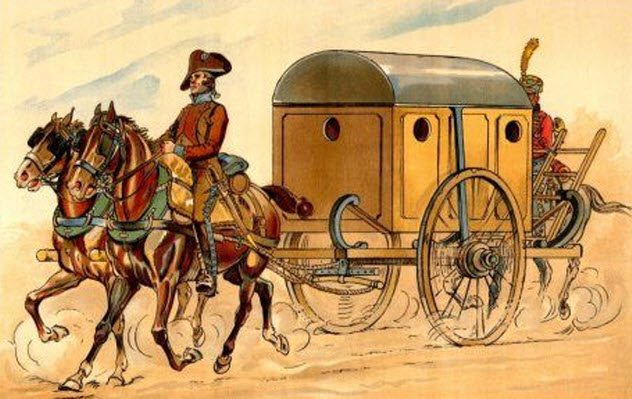 Larrey and fellow surgeon Dr. Pierre-Francois Percy practiced Red Cross services three-quarters of a century before its establishment. Larrey invented the horse-pulled, “flying ambulance” (ambulance volante) that could transport up to four wounded quickly and in relative comfort to the nearest hospital. Then Percy went a step further. In 1799, he introduced the mobile surgical unit that could take the operating table onto the battlefield.

This new French mobile medicine did not take nationality or affiliation into consideration when treating the wounded. Larrey and Percy treated all without differentiation—to the extent that they could. Even if it took another few decades for the idea to catch on universally, the pilot program was successfully in place, thanks to the belief in liberty, equality, and fraternity born of the revolution.

Incidentally, the move toward universal health coverage and socialized medicine in France is largely attributable to Dr. Guillotin, who oversaw the establishment of the first health committee in parliament in 1790.[10]

Read more intriguing facts about the French Revolution on 10 Horrific Episodes From One Of History’s Bloodiest Revolutions and 10 Revolutionary Facts About The Bastille.