No matter if you’re Christian, Jewish, Islamic or atheist, we can all agree on one point: the Bible is full of insane tales. Hidden between the ‘thou shalt nots’ and endless passages on who begat whom are stories of giant sex, rather well endowed Egyptians and holy murderous bears. And, just like Star Wars, the awesomeness within the pages of the Bible leads to plenty of continuity errors. Or does it? Turns out the Bible has more internal consistency than people like to give it credit for, even with famous stuff like: 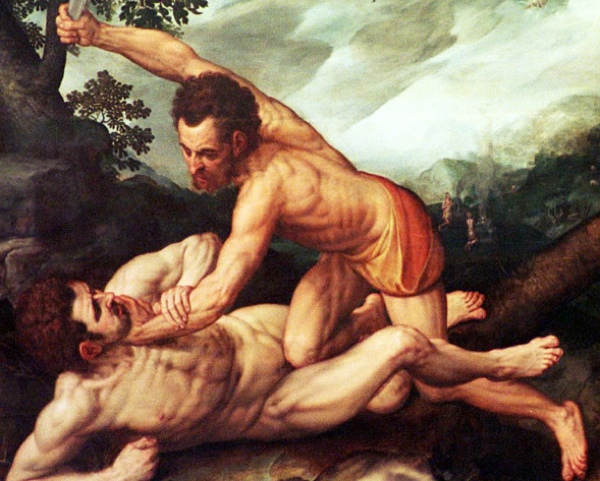 The contradiction: After murdering his brother, Cain runs off and shacks up with another woman—despite his mother Eve being the only thing on Earth with human ovaries.

Why it’s not: Remember that scene in Dark Knight Rises when Bane does his prison speech and we catch a glimpse of him in the future, even as he continues speaking? Rather than screaming “how can he be in two places at once?” and blaming it on witchcraft, we understood it was Nolan using non-chronological editing to heighten the emotion of the scene. And guess what? The same thing happens in the Bible.

In Genesis 4:16-17, we hear that Cain went and got a wife. In Genesis 5:4 we hear that Adam lived 800 years and had enough sons and daughters to populate the planet. Because storytelling was different 4,000 years ago, all that’s happened is we’ve heard the whole of Cain’s tale in one go, rather than split up across Genesis, soap opera style. It’s the same storytelling trick that allows us to watch Phantom Menace after Return of the Jedi without becoming confused, only a whole lot less disappointing. 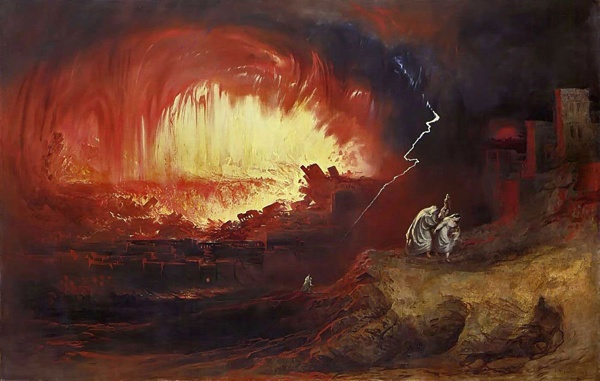 The contradiction: Faced with a city of homosexuals, God flies into a rage and blows the whole place up. Faced with his servant Lot having drunken sex with his daughters, God has no problems with it.

Why it’s not: Because the sodomites tried to rape God’s angels, people have used this story as evidence that God firebombed the place because he hates gay people. Only the Bible doesn’t say that. Ezekiel 16:49 makes it pretty clear the people of Sodom were killed for being greedy and inhospitable to the poor, as does Amos 4:1-11 and Jeremiah 23:14. In the original passage, the angels are traveling around ancient Canaan disguised as hobos, taking hospitality where they find it. Now, kindness to strangers and poor people is obviously a big theme in the Bible. So when the holy hobos move on to wealthy Sodom and only local immigrant Lot offers them his hospitality, it says more about the place than any same-sex action ever could. This isn’t just my opinion by the way; plenty of scholars have come to the same conclusion. The contradiction only arises if you come at it from an anti-gay standpoint. 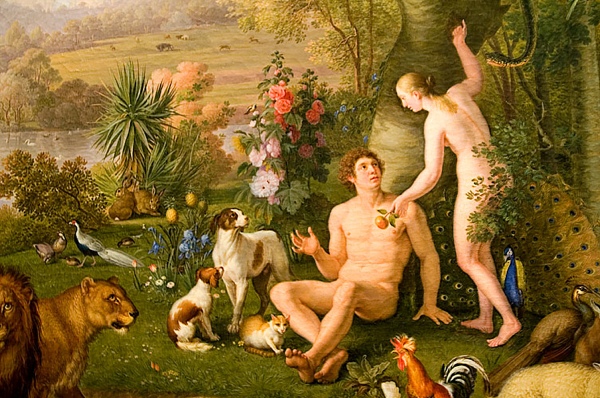 The contradiction: Our whole species is directly descended from Adam and Eve. That means a whole lot of incest, the effects of which should be pretty obvious by now.

Why it’s not: We tend to forget that the Bible was originally written in ancient Hebrew. Thanks to our wildly different language system, this throws up all sorts of quirks in translation. For example, 1 Samuel 20:41 can be translated as either a passage about King David crying, or about him getting an erection. In the early chapters of Genesis it gets even more confusing. In Hebrew, ‘Adam’ isn’t just a name—it literally means ‘man’. So the creation story can either be about one man called Adam and his wife Eve, or about the birth of man. Since Genesis 5:1-2 explicitly refers to Adam as ‘them’, it makes sense to think of Biblical Adam as an example of synecdoche—a literary technique where a part (one man) is substituted for a whole (the entire human race). So even God himself didn’t intend Genesis to be read literally. 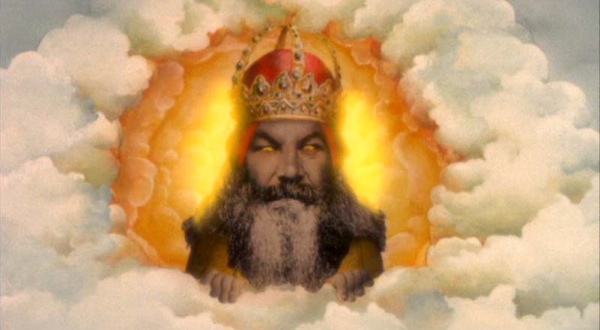 The contradiction: God totally tells the Israelites he’s the only God. The Bible then proceeds to mention a ton of other Gods.

Why it’s not: Aside from pioneering literary techniques, the Bible’s also crammed with some pretty heretical psychology. For example, Galatians 4:8 and Isaiah 37:19 outright claim most gods were forged in the minds of men, and following their non-existent law made slaves of us all. Aside from sounding like something Richard Dawkins might say, it reduces guys like Molech and Baal and Dagon to nothing more than the ancient equivalent of those bargain bucket knockoffs of recent blockbusters. But what about the times God refers to himself as multiple people? That’s just the Holy Trinity—the father, son and Holy Spirit that all make up the one big G. 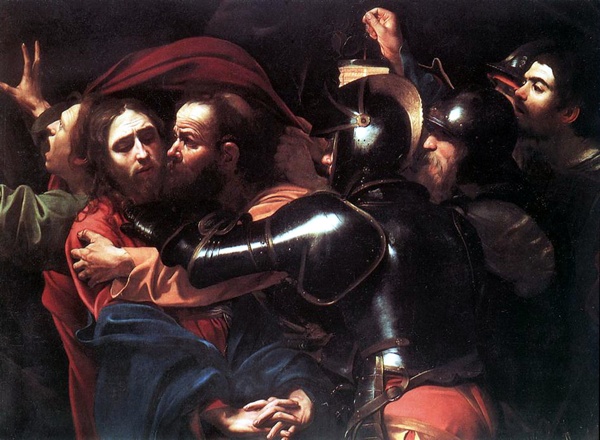 The contradiction: The New Testament claims Judas both hanged himself and exploded after falling over.

Why it’s not: If you’ve seen Con Air, you probably remember John Malkovich’s death scene. Aside from going on for fifteen minutes, it includes his charactering getting stabbed, smashed into a wall, electrocuted, dropped several hundred feet and finally crushed by a laundry press. It’s the very definition of ‘overkill’, but it’s also what basically happens to Judas. Although Matthew kills him off in 27:5, Luke brings him back for a Con Air in Acts 1:18 by describing him falling and his stomach exploding. Since we usually don’t explode from falling over and Judas was already dangling from a tree, it makes sense to see Luke’s account as a record of what happens when a rotted corpse falls from a great height. Because he’s tactful, Matthew focuses on the hanging bit. Because he’s Jerusalem’s answer to Eli Roth, Luke plumps for the exploding stomach. 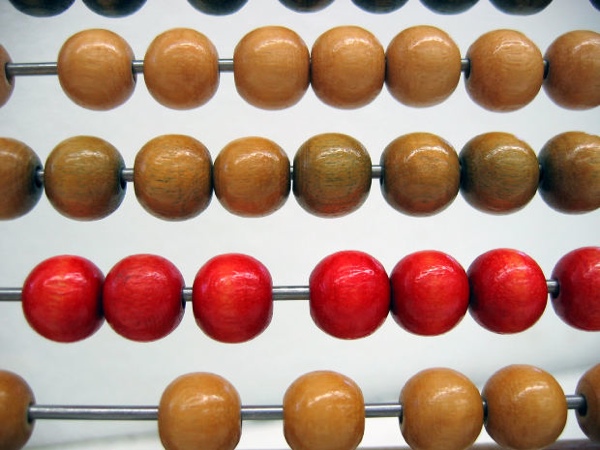 The contradiction: God created everything, including maths. The Bible is God’s word. It also doesn’t know what Pi is.

Why it’s not: 2 Chronicles 4:2 puts the value of Pi at ‘three’. If you have even the vaguest inkling of mathematics, you probably know that’s not only wrong, it’s so wrong that accepting it as truth would involve resetting our entire understanding of the universe. So what gives? Well, the Bible hated specifics. When all the people in the city of Ai are killed, their number is put at 12,000. Not slightly more or slightly less, but bang on 12,000. When a bunch of people decide to leave Mount Gilead, they number exactly 22,000, while exactly 10,000 stay. Since this happens all the time, it’s not that big a leap to assume the writer of Chronicles rounded Pi down. Granted, that’s still wrong, but he lived at a time when advanced mathematics meant being able to count all your fingers and toes. 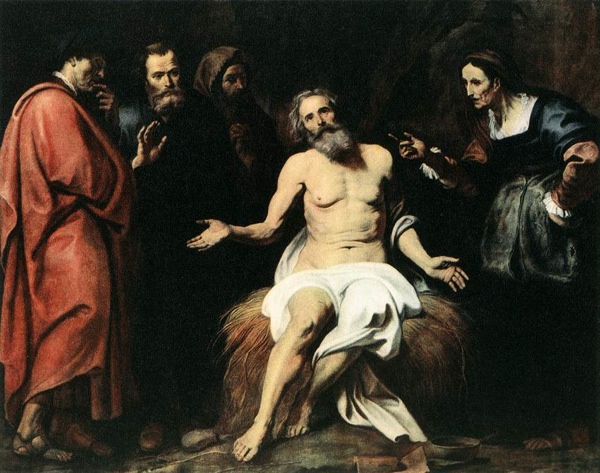 The contradiction: The Bible makes it pretty clear you only have one life before heading off to heaven or hell. So when Job says “naked I came from my mother’s womb, and naked I shall return there”, he’s either lying about reincarnation or about to do something we don’t really want to think about.

Why it’s not: Like most books, the Bible uses metaphors. Since Jesus himself spoke in parables, taking every passage literally would mean believing the son of God spent way too much time worrying about lost coins and giving wedding advice. Same deal with Job: throughout the story he uses phrases like “My days are swifter than a weaver’s shuttle” and “My flesh is clothed with worms”. In other words he talks in metaphor. The mother’s womb image is nothing more than a poetic way of saying he’ll die one day—it only becomes a contradiction if you somehow forget the whole of high school English. 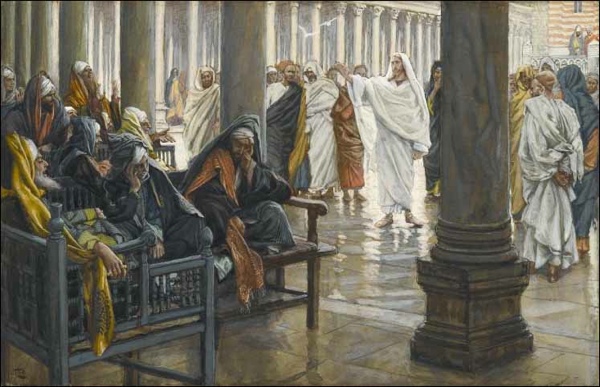 The contradiction: According to Jesus, you can go to hell for saying ‘fool’. Then Jesus himself uses the term a few pages later.

Why it’s not: Taken in the context of Matthew 5:21-22, it’s pretty clear Jesus is using ‘fool’ as shorthand for any aggressive insult. The one-way ticket to hell comes from being abusive rather than the word itself—kind of like how using the n-word with your black friends is cool, but shouting it at random people in the street is not wise. Also, the full passage only prohibits you from getting abusive with your ‘brother’, in other words with another follower of God. When Jesus calls the Pharisees fools a few pages later, it’s while accusing them of swapping God for gold. In other words, as far as he’s concerned, they’re no longer his ‘brothers’—he can call them whatever he likes.

2
Moses Writes His Own Obituary 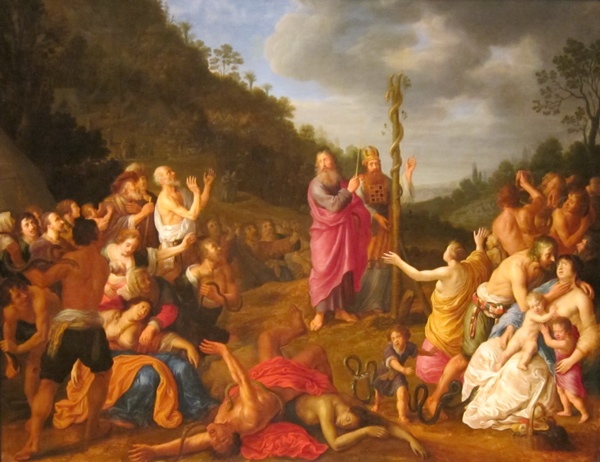 The contradiction: Moses is said to have written the first five books of the Bible. The last of these five, Deuteronomy, ends with Moses’ death.

Why it’s not: Remember the Silmarillion? It’s an unfinished Tolkien book that was completed by his son and published in 1977. Same deal with Deuteronomy. Early versions of the Bible were written on scrolls, with breaks between books often either unclear or non-existent. While we’ve got the order sorted now, at the time there wasn’t a definitive break between the end of Deuteronomy and the start of Joshua. So the account of Moses dying could just as equally belong at the start of the next book—we’ve just stuck it in Book 5 for completeness sake. In other words, it’s less a contradiction than it is good storytelling.

1
The Gospels Don’t Agree on Anything 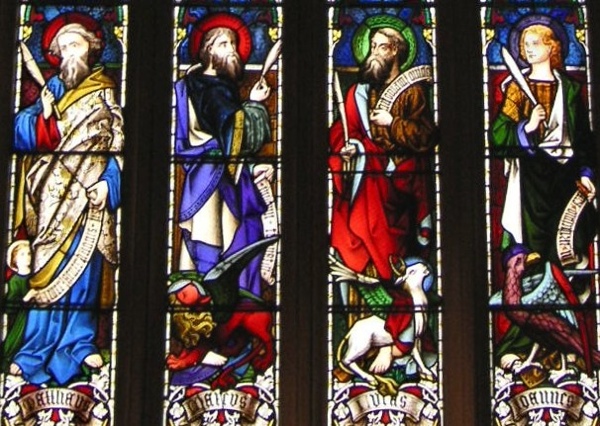 The contradiction: Despite seeing exactly the same stuff happen, Matthew, Mark and John disagree about nearly all of it.

Why it’s not: Pick literally any significant event and you’ll find no eyewitnesses can agree on what happened. Take 9/11—here’s some testimony proving the government blew up the Pentagon. Now here’s some different eyewitness testimony proving it was a terrorist attack. You can apply this to almost anything: go to the beach with your friends on Sunday and by Friday you’ll all have slightly different takes on what happened. Wait another 20 years and your stories will be completely different, bar the central fact that you were physically at the beach. It’s called memory and it’s faulty—plenty of studies have concluded that eyewitness testimony is almost useless for that very reason. Given the gospels are attributed to different authors and supposedly written some 20–50 years after Jesus’ death, it’s kind of impressive they agree on anything at all.