If you’re anything like anybody, you’re in love with the idea of superheroes. The rest of you are female or adults. In either case, all of us have an innate urge deep inside that makes us want to do good for the people around us, and while some of us are content to read about the super-powered good deeds of others, the people on this list decided to stand up and show the world that crime does not pay. Unfortunately, they chose a route that looks absolutely, thoroughly ridiculous. Here are 10 real-life superheroes who could be behind you right now. 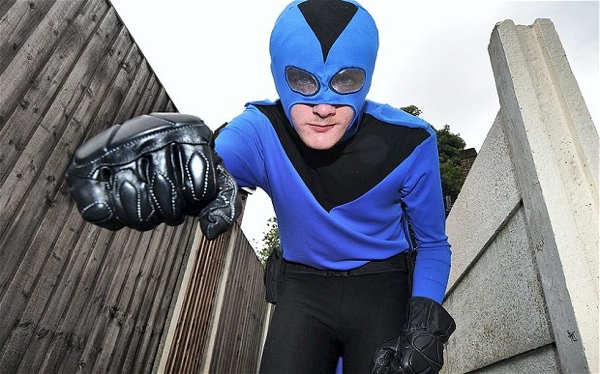 Gardener by day, masked crime fighter by night—that’s the tagline for Knight Warrior, a 19-year-old in the UK whose self-proclaimed superpower is a “supernatural desire to make the world a better place.” His main target is drunk people who get a little too rowdy as they leave pubs. When there aren’t enough people fighting each other, he hands out food to homeless people in the Greater Manchester area.

Although he doesn’t have any combat training, gadgets, weapons, or identifiable means of protection, he does have a flashy costume, and sometimes that’s exactly what you need to get people’s attention. According to him, “When people see me coming up, it does tend to stun them into silence.” Knight Warrior lives with his mother. 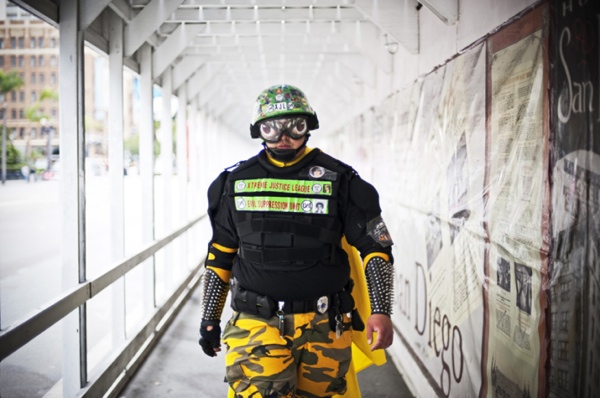 Honestly, if there’s any city that needs a superhero, it’s probably San Diego, especially after the police department was downsized in 2012, leading to an increase in crime. And Mr. Extreme might not be the hero San Diego deserves, but he’s the hero San Diego puts up with. A security guard in the daylight hours, once the sun goes down, he suits up with shin guards, cape, army helmet, and identity-protection goggles, then vigorously strolls into the crime-ridden sidewalks of the East Village.

Mr. Extreme has been working for about seven years now, armed with a taser, handcuffs, three cans of pepper spray, and the conviction that right is always the right thing to do. While he doesn’t get into a lot of action, he has instigated several citizen arrests throughout his career. He founded the Xtreme Justice League and was its leader.

Mr. Xtreme has been a participant at Project HOPE since it first began in 2010. On July 23rd, 2020, the Xtreme Justice League page announced that he was retiring. 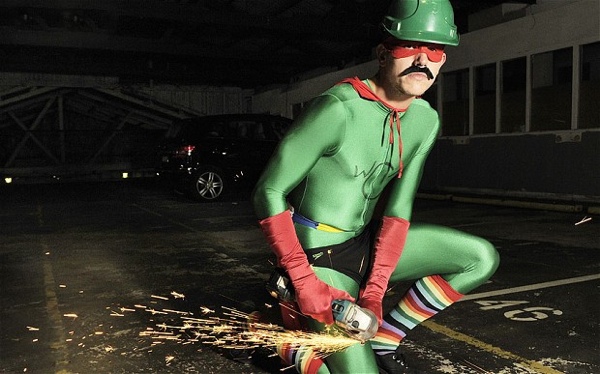 The path of a hero is never black and white. It’s an uncertain world filled with lesser evils and shades of gray because sometimes a man’s duty requires him to go outside the law to prevent a crime. Or commit one. This is the path of Wheel Clamp Man, one of the darker shades of gray in the colorblind spectrum. In fact, his main “heroic” activity is a full-fledged crime—he patrols Perth with an angle grinder and cuts wheel clamps off cars that have been illegally parked.

Dressed in a skintight green leotard, rainbow socks, and a glue-on mustache, Wheel Clamp Man has only been working in the area for a relatively short time, but motorists are grateful for his help in helping them avoid a $135 fine. 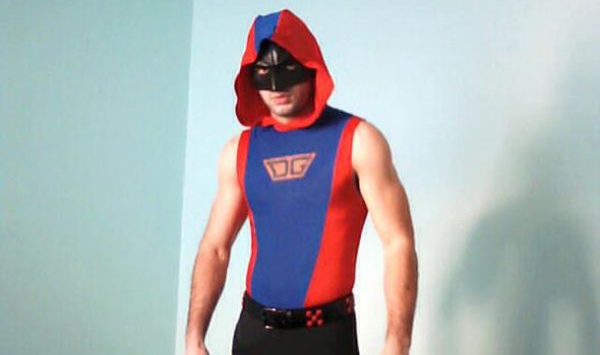 The people who like superheroes and the people who look like superheroes usually sit on opposite sides of the cafeteria. Still, Chris Pollak’s first major victory was being both of those people at the same time. In a costume reminiscent of a leather biker suit and backed by years of martial arts training, he actually looks the part, and he seems to be making a dent in the crime, at least the obvious crime, around Washington State Park. This video shows him confronting a drug dealer, and it’s actually sort of inspiring.

During his crime-fighting career, Dark Guardian has helped break up fights and prevent muggings. And as that video showed, he’s waging a personal war on the drug dealers in the area in particular. Apparently, one tactic he uses is to scout the area, identify a dealer, then sneak up on them. When he’s close enough, he’ll leap out, beam a flashlight in their face, and shout, “This is a drug-free park!”

In 2017, the Dark Guardian ditched his cape for a red beret. Pollak planned to take on Staten Island’s bad guys as the head of the borough’s Guardian Angels. 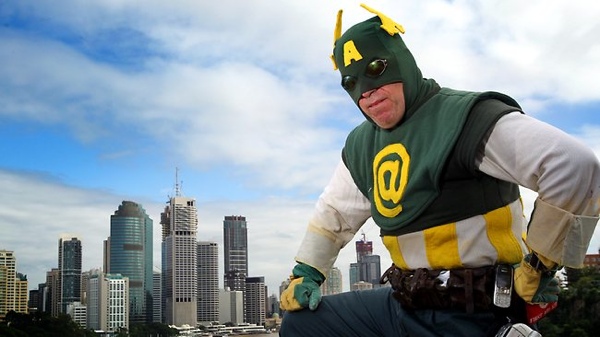 With gardening gloves flexed and ampersat blazing, Captain Australia is waging a one-man war against crime in Fortitude Valley. In his day life, he’s a stay-at-home father of two, but a desire to clean up Queensland’s streets has motivated him to put together a makeshift costume and patrol some of the “seedier areas” of Brisbane at night.

Captain Australia takes a preventative approach to crime, figuring that the sight of him will be enough to deter most would-be criminals from acting on their insatiable dark urges. And sometimes it works—he claims to have stopped a rape by showing up on the scene and scaring away two men who had been harassing a drunk woman.

He is no longer active, claiming that Captain Australia is retired—for now! 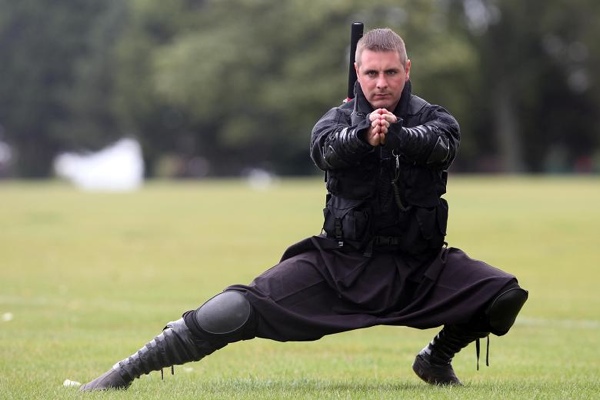 Eschewing the pomp and flash of a typical superhero costume, 33-year-old Ken Andre took a different approach to vigilante justice: the way of the ninja. He calls himself Shadow and spends up to four nights a week out around his home in Somerset, stopping drug dealers and muggers—in the few years he’s been doing this, he says he’s stopped several dozen crimes. And out of all the people on this list, Shadow is the only real-life superhero with anything even resembling a superpower—a Batman-Esque hearing aid that amplifies sound.

Ken has been studying the martial art Ninjutsu since he was a child and stopped a carjacker one time by literally throwing nunchucks at him. In his own words, “I tied him to the lamppost using his own legs and called the police.” 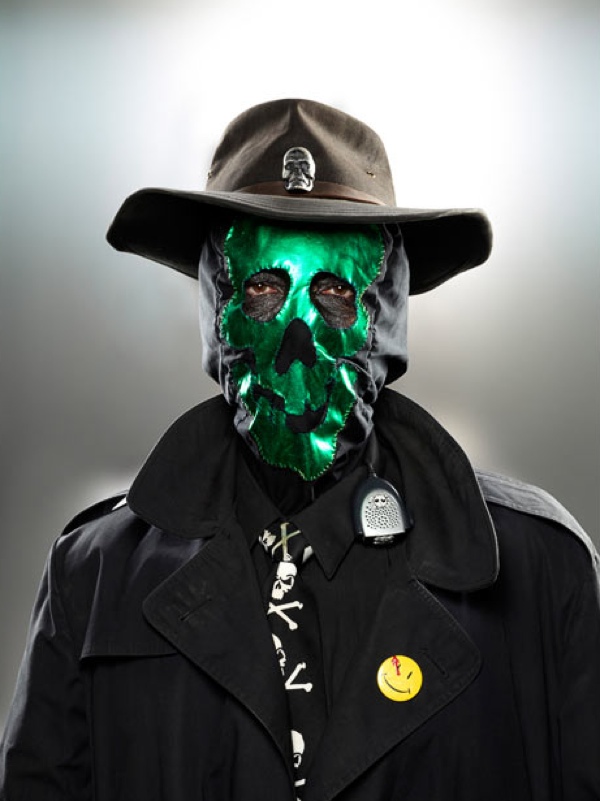 In Greek mythology, Thanatos was the demon personification of death, a strange name for someone to choose who wants to spend their free time helping others. But that’s what a Vancouver man did three years ago when he decided to become a real-life superhero.

Wearing a black trench coat, black hat, and a green skull mask, Thanatos takes a community involvement approach to vigilante justice, passing out food and clothing to people on the street, even though he still keeps an eye out for any crimes that cross his path.

Unfortunately for those in need, Thanatos has retired from real-life superhero persona. 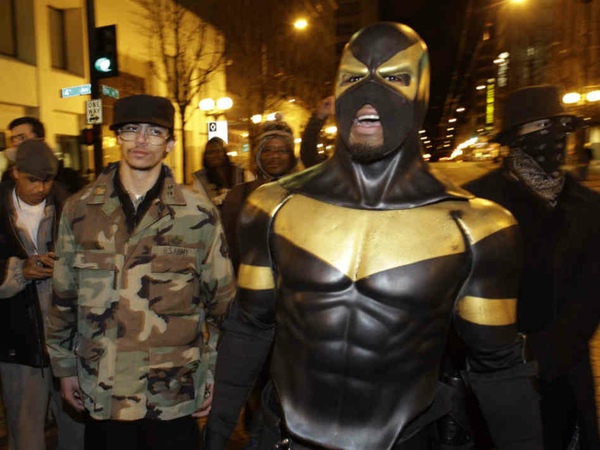 Of all these real-life superheroes, Phoenix Jones has probably received the most media attention, especially after being arrested in 2011 for pepper-spraying two women. He patrols the area around Seattle and claims that he was motivated to don a mask and cape after his car was broken into, and none of the bystanders tried to stop it from happening. Knife wounds, gunshots, street fights—it’s all in a day’s work for Phoenix Jones. The 22-year old is also a professional MMA fighter, which probably comes in handy as he tracks down criminals.

Also, unlike many other people who pretend to be superheroes, Phoenix’s costume actually has a bulletproof vest and armor plating.

While he unofficially retired in 2019, rumors swirled around that he would return in 2021. 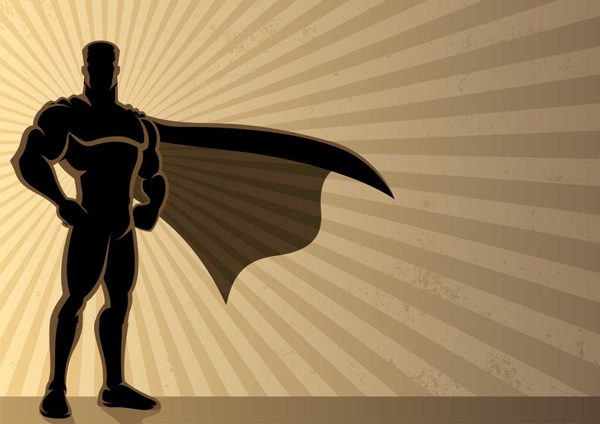 The Flashing Blade has only been involved in one incident so far, but it was definitely bizarre. A gang armed with chains and knives attacked two detectives in South Shields in 2007. The detectives were unarmed, but out of nowhere, a man leaped into the fight, swinging a katana and shouting, “Leave him alone. He’s a police officer!” The sword caught one of the gang members on the arm, and the rest of them turned and ran, according to the report.

After the detectives were safe, The Flashing Blade disappeared and was never seen again. The only description the police got was that he was white, in his 40s, and had a mustache. So, be on the lookout. 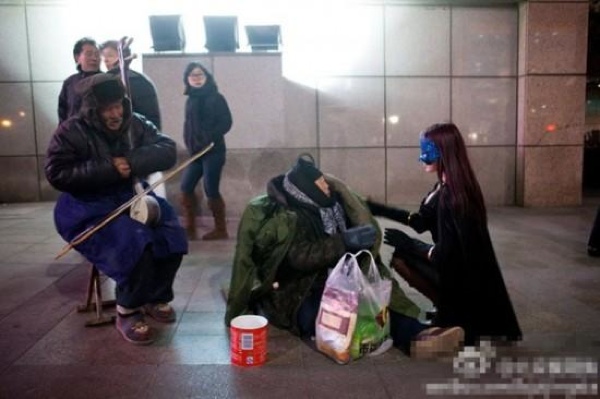 There are plenty of female superheroes that were just as deserving of being on this list as any of the people above, but few superheroes, man or woman, paint such a heartwarming picture as the Chinese Redbud Woman. She has been spotted several times in Beijing wearing a mask and cape and handing out food to homeless people on the streets.

Are these people vigilantes putting their lives and the lives of others in danger, or are they actually making a difference in whatever way they can?