For all Hollywood tries to tell us otherwise, in real life the ‘little guy’ rarely wins. More often than not, the guy who comes out on top is the guy with more money, the bigger army or better connections than the plucky underdog. That’s why it’s so gratifying to occasionally stumble across tales of people at the bottom of the pile who take one look at the lemons life has handed them, and decide to punch their oppressors in the balls. Here are ten such tales: 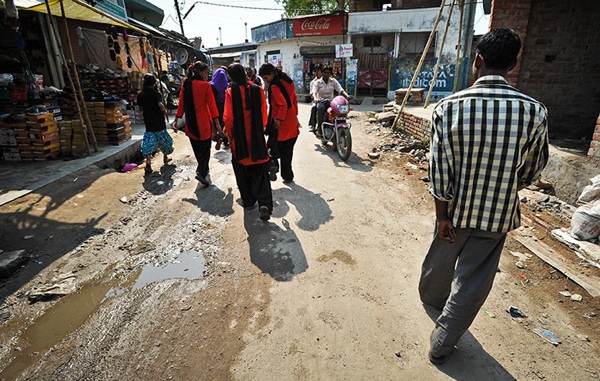 What happened: Indian Women Learn to Kung Fu their Abusers

As I’ve mentioned before, India isn’t a great place to be born female. Child marriage, depressingly-high rape statistics and frequent stories of abuse all add up to a culture where lacking a Y chromosome is seen by many as an invitation to harassment. So this makes the story of the Red Brigade all the more awesome.

Formed in 2011, the Brigade is a 100-strong vigilante group of karate-trained girls who patrol the city of Lucknow, dispensing fist-based justice to local perverts. And I mean ‘girls’: the group’s age range is around 11-24, which means they’re routinely called out to ‘settle’ men about twice their age. Best of all, their methods are less violence-based and more about humiliation. A standard punishment for a guy who gropes a member is to be hoisted out into the street, pinned down and hit with shoes while everyone looks on and laughs. And it’s working, as of April 2013, the Red Brigade are planning to spread their operations to every ward in their city. 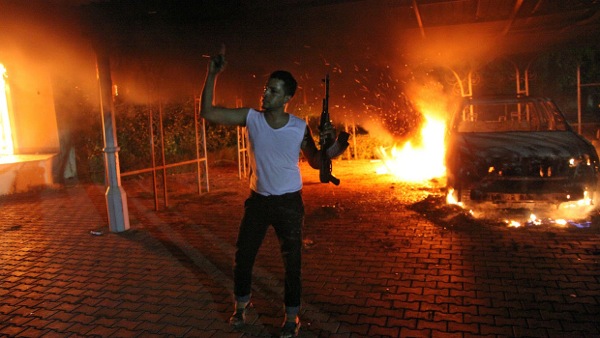 What happened: Libyans Take on Terror (and win)

If you pay any attention at all to politics, you’ve probably heard of Benghazi. Basically, it was ground zero for a political disaster that included the death of the American ambassador at the hands of terrorists. With cries for action from all quarters, the Libyan government sat on their hands and did nothing—leaving it up to the Libyan people.

On the 21 September 2012, the citizens of Benghazi decided they’d had enough of terrorists running the show and stormed the militants’ compound. To be absolutely clear: these were ordinary, unarmed people attacking a base protected by enough weaponry to keep the army at bay. And they won. In a frenzied 48 hours, these angry protestors managed to drive the entire Ansar al-Sharia terror group from their city and make the Libyan army look like total wimps. Things may not be exactly safe in Benghazi now, but for one weekend in September it was the terrorist’s turn to feel terror. Whichever way you cut it, that’s an awesome moment. 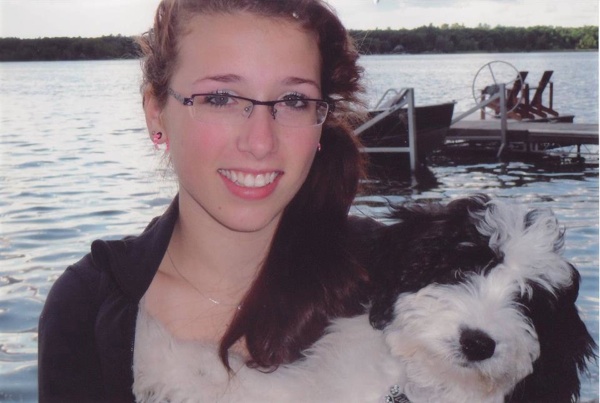 What happened: Anonymous Stand up for a Bullied Girl

Depending on what mood they’re in, Anonymous can be either hilarious or absolutely terrifying. But occasionally, they band together and pull out something so awesome you have no choice but to stop and cheer.

In 2011 15 year old Rehtaeh Parsons got drunk at a party and was sexually assaulted by four high school scumbags. Over the next year, the Royal Canadian Mounted Police slowly bungled the investigation so badly no one was ever arrested. Earlier this year, the resultant bullying and humiliation got too much and Parsons killed herself. There this depressing story would have ended, had Anonymous not got wind of it.

Within two hours of deciding to get involved, they’d uncovered the identity of two of the rapists, along with a shit-ton of evidence against them. Brilliantly, they held back from publicly releasing the names on the condition the RCMP re-opened the case and did their jobs. At the time of writing, that’s exactly what’s happened. While it’s too early to say for certain whether justice will be done, it’s a hell of an improvement on the RCMP’s original ‘no evidence’ verdict. 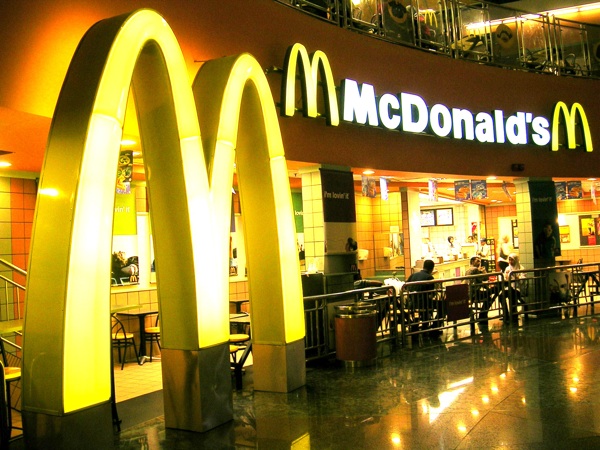 Most of us can take an insult without throwing a massive temper tantrum, but McDonald’s executives aren’t ‘most of us’. When they found out a bunch of unwashed environmentalists were handing out a low-circulation pamphlet insulting their brand, they had their lawyers try to silence them with the threat of legal action. Big mistake.

Rather than rolling over like the company had hoped, two of the group decided to defend the case in court. McDonalds, evidently having never heard of David and Goliath, threw their best legal team and millions of dollars at the case, only to realize most of the claims in the ‘insulting’ pamphlet were objectively true. What followed was a twenty year legal battle that resulted in McDonalds blowing millions and soaking up consistent bad publicity all for a partial win and a £20,000 award the defendants couldn’t pay. To add insult to injury, the European Court of Human Rights awarded the defendants £57,000 on appeal, meaning McDonalds both took a pasting and wound up with less money than the penniless hippies it was trying to sue. 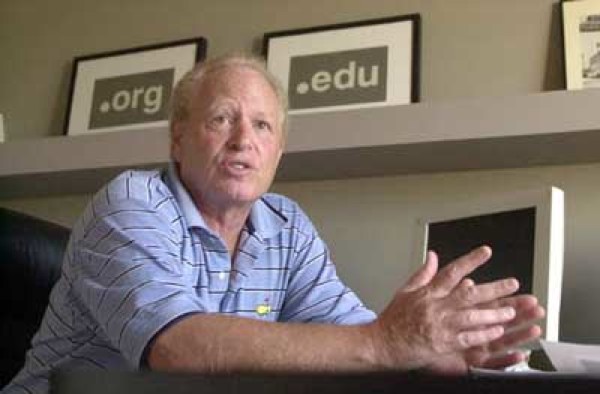 What happened: The ‘Spam King’ Gets Spammed

Meet Alan Ralsky; if you were online around 2002, he almost certainly clogged up your inbox with brain-melting levels of spam. He made the internet an objectively worse-place to be and, worst of all, made millions in the process. Then he made the fatal mistake of boasting about it.

Thanks to the magic of modern telecommunications, users everywhere quickly learned of his boast. In the subsequent orgy of revenge, Slashdot tracked down his home address, posted it and then the fun began. In no time at all, the ‘spam king’ was deluged with a landfill’s worth of catalogues, charity envelopes, adult video offers and every other conceivable kind of junk mail. Best of all, Ralsky got so angry he threatened to sue the people involved—at which point humanity gave a collective guffaw and ordered more catalogues. Eventually Ralsky kicked up such a fuss it came to the attention of the FBI—who arrested him for breaking anti-spam laws. 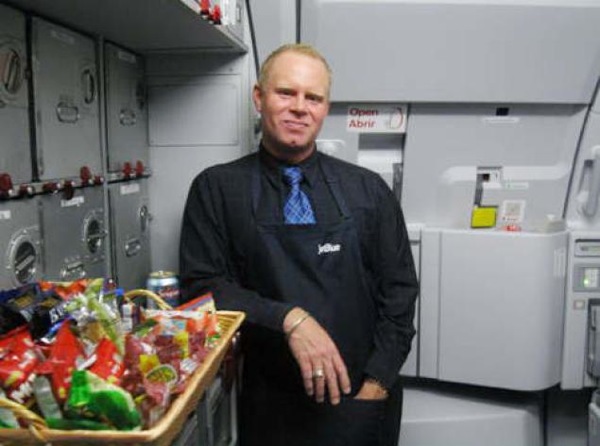 What happened: Steven Slater versus Life

Everyone reading this who has ever worked a menial job will remember THAT customer. The customer who cursed you out for going too slow, or went out of their way to make you feel small. Well, this entry is for you.

In 2010, Steven Slater was stressed out by life. His mother was ill, he was ill and his job as a flight attendant wasn’t exactly rewarding. So when a passenger on his plane started swearing at Slater for no reason, he did what all of us in that situation would have dreamt of doing.

First, Slater got on the plane’s intercom to give the passenger a very public chewing out. Then he grabbed a beer, activated the emergency slide and leapt from the plane; thereby quitting his job in the most awesome way possible. When police finally showed up at his house several hours later, he came out with a smile on his face and was willingly arrested. The result: Slater was ordered to pay his former employer $10,000—but the incident also turned his life around and landed him a book deal. So in answer to the question “was it worth it?” the response has to be a resounding “hell yeah.”

Some of you may recognize the phrase “don’t steal computers belonging to people who know how to use computers”. If not, simply watch the clip above to refresh your memory. See that guy, the one dancing like an idiot for the entire world to see? Well, he completely deserves his humiliation—and here’s why:

In 2011, Mark Bao found himself unwillingly relieved of his MacBook Air. Too bad right, but what’s a guy to do? Well, you could always access the stolen computer via Backblaze and download the thief’s personal data. And, if you just happened to stumble across a homemade video of said-thief dancing like a moron, you could definitely post it to YouTube and make him the subject of international humiliation. Want to guess what Bao did?

The thief’s embarrassment was so total he returned the laptop and sent Bao a message begging him to take the video down. Apparently not a ‘forgive and forget’ type, Bao published the message too, along with a mocking commentary—proving you should never, ever mess with a nerd. 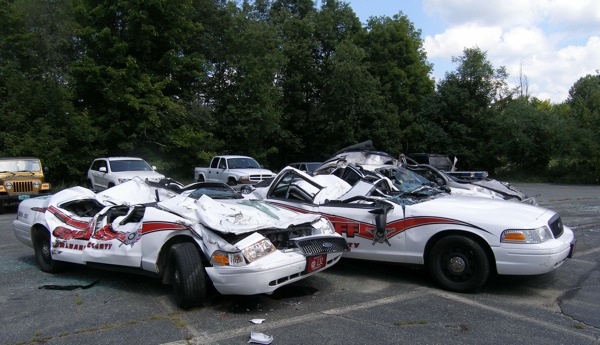 Unlike most of the people on this list, Roger Pion may have deserved what was coming to him. Last year, Pion was arrested for marijuana possession—which technically remains illegal despite the strong case for decriminalization. However, not being the sort of guy to waste time debating the finer points of law enforcement, Pion decided to fight back– and fulfill every adolescent boy’s dream.

Commandeering his father’s comically-large tractor, Pion drove to the local police station and proceeded to crush every single car in the lot, before high-tailing it off into the Vermont sunset. The best part of his cathartic revenge act? The cops had nothing left to chase him with—meaning Pion got to blow off steam and make them look ridiculous. 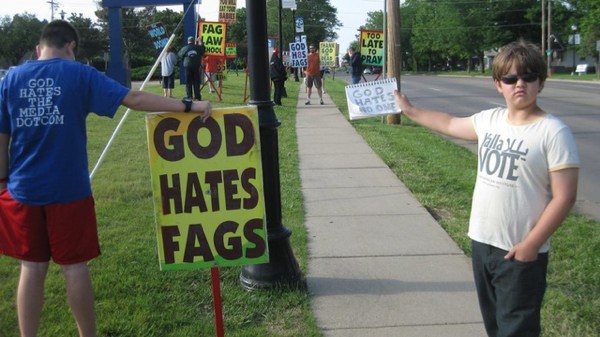 Plenty of people have counter-protested Westboro Baptist Church pickets. But what makes this protest especially awesome is it comes from a nine year old.

Josef Miles was just wandering round Washburn University Campus with his mom one day when they bumped into a classic Westboro hatefest. Now, at the age of nine, most of us would probably have just asked our parent what a ‘fag’ was and started an intensely-awkward conversation, but Miles was having none of that. Instead he quickly constructed his own ‘God Hates No-one’ sign and launched a one-kid counter-protest. Did it stop the Westboro morons from continuing their protest? Of course not. Did it give the rest of us some hope for the future? Heck yes. 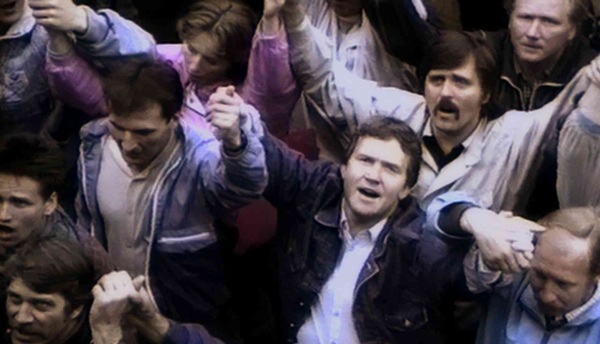 What happened: The Singing Revolution

So we’ve seen some good stuff, but ultimately, these are kind of one-offs. It’s not like anyone’s ever kicked back against an entire government and won, is it? Not against a vast, oppressive government like, say, the Soviet Union. Well, read on.

For most of the 20th century, Estonia was pretty-heavily under Russia’s thumb. Since glorious Communist utopias tend to be anything but, a large part of this involved Estonian culture being effectively outlawed. Everything from flags to chants was banned by the Moscow-controlled government; as was singing patriotic folk songs. Unfortunately for Russia, Estonian’s really like their folk songs.

In 1988, 300,000 Estonian’s gathered together to sing outlawed songs at their tormentors. A year later, people across the country and into Latvia and Lithuania joined hands to make a 360 mile human chain. And once again, they sang. Even though Tiananmen Square had just happened, even though the Soviets could stomp them into oblivion without a second thought they just stood there, unarmed and sang old songs. When they saw what was happening, Russian high command shat a brick—but by then it was too late. Spurred by the wave of peaceful protests, first Lithuania then finally Estonia declared their independence; contributing to the total collapse five months later of the USSR.

Now that’s some impressive fight back.