Every respected scientist will be able to tell you that there is a direct relationship with how small something is, and how adorable it is. Kittens, mini coopers, babies, hell even baby shoes are so adorable it will cause a person’s voice to jump several octaves up. But grizzly bears, hummers, fat guys etc. just don’t have the same effect, impressive as they are. So here are ten animals so ridiculously tiny, it’s hard to believe they were ever even spotted. 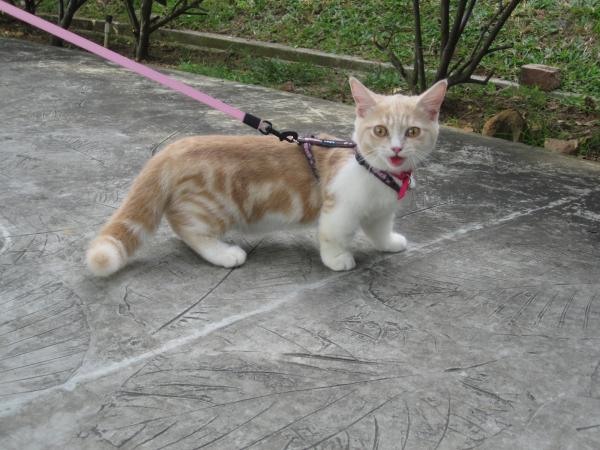 Okay, so these cats aren’t as ridiculously tiny as the other entries on this list, but they warrant inclusion for being so completely ridiculous and adorable looking. Despite their short legs, they can move quickly, particularly while running around corners. They can also stand on their hind legs to get a better look at things, like meerkats. They can even solve puzzles, be taught tricks and have earned the nickname “Magpies”, as they have a habit of stealing and storing shiny things. They were first recognized as a breed in 2003, although not by everyone. 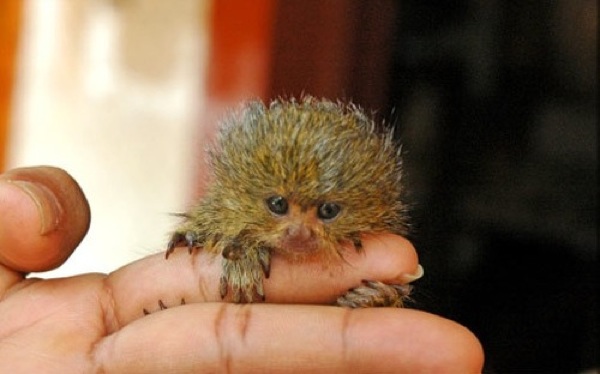 Found in the rain forests of South America, the Pygmy Marmoset is the smallest monkey in the world. At 16cm tall, a full grown adult could fit inside your hand. That’s excluding the tail, which is actually longer than the monkey’s body, measuring 20cm. This tail, unlike other monkeys, is used for balance and cannot function as a 5th limb. They mate for life, and travel in groups (known as troops) of up to 9, which will usually consist of whole families. They usually have 2 babies, but can have 4 in captivity, and the father helps to deliver them. 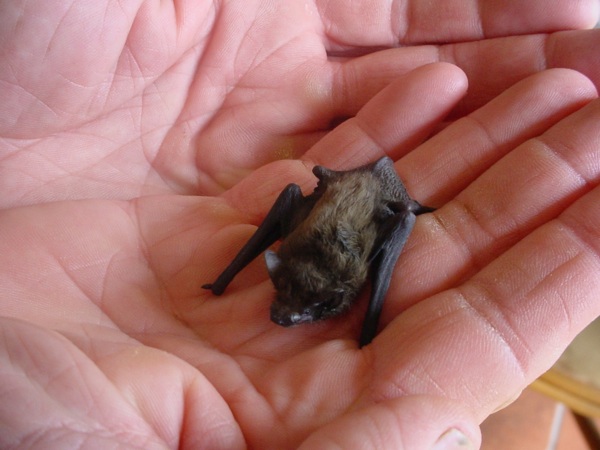 Discovered in the 1970s, Kitti’s Hog-nosed Bat, also called the bumblebee bat, can be found in Thailand and Burma. They can grow to be about 33mm in length, which possibly makes them the smallest mammal known to man. Not much is known about them. They can live in groups of anywhere from 10 to 500 bats, they feed several times a day, mostly on insects. They do not use echolocation like many other bats. Their numbers in Burma are unknown, and in Thailand there is only one province they are known to be found in, meaning they are possibly at risk of extinction. 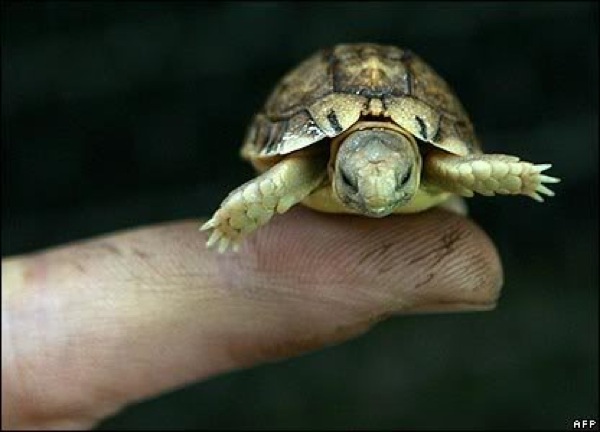 At a whopping 110mm, the Speckled Padloper Tortoise is big enough to bully most of the other entries on this list. Their speckled shell helps them to hide from predators amongst rocks, where they spend most of their lives hiding. Because of their minuscule size, the females can only lay one egg at a time. This, along with poaching, predators, loss of habitat etc. has led to their status being classified as “near threatened”. They are 16 times smaller than the largest breed of tortoise, the Galapagos tortoise. While that may not sound like much, imagine if you were 16 times your height. 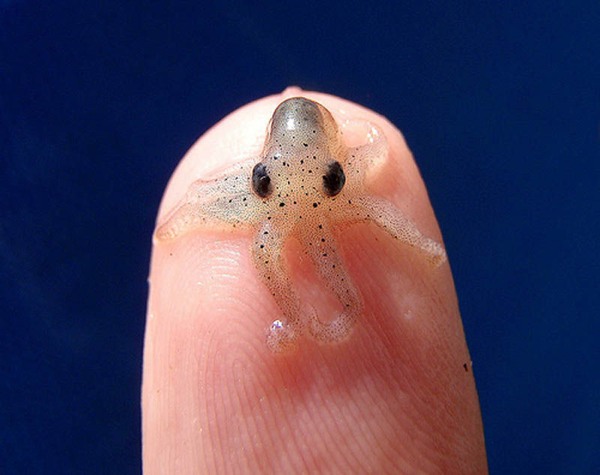 The Octopus Wolfi is by far the smallest known octopus in the world. It was both discovered and officially classified in 1913 (nowadays, classifying a new species is not as simple as just finding one, and can take years). A full octopus wolfi will weigh less than a gram, and measure 1.5 centimeters in length, meaning it can cling on to just one of your fingers comfortably. They are found in the Indo-Pacific ocean. 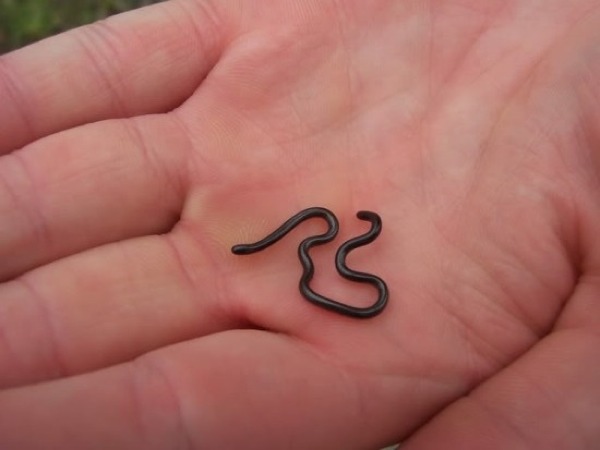 This snake is not only the smallest snake known to man, but it is also the smallest scientists believe a snake can physically evolve to be. Found on the island of Barbados, a fully grown adult measures about 10cm long, and is “as thin as a spaghetti noodle”. Much like the Speckled Padloper Tortoise, Leptotyphlops Carlae only lay one egg, which could potentially put them at risk of extinction. They can only lay one egg at a time, because if they laid more, the hatchlings would have to be smaller and would have almost no chance of survival. 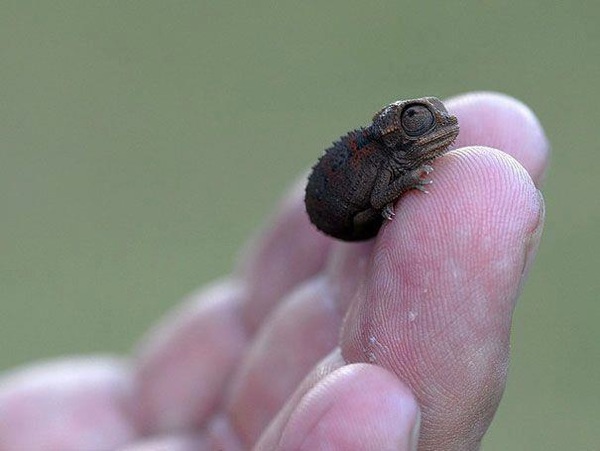 This lizard, found in Madagascar, was discovered just last year. It is in fact a teeny chameleon, and spends most of its time under leaf litter, making it extremely difficult to locate. But at night, they climb up into the branches of trees to sleep — the best time to look for them. Scientists have found 4 species of previously undiscovered mini-lizards, but at 29mm (small enough to fit on the head of a matchstick), the Brookesia Micra is the smallest of all. 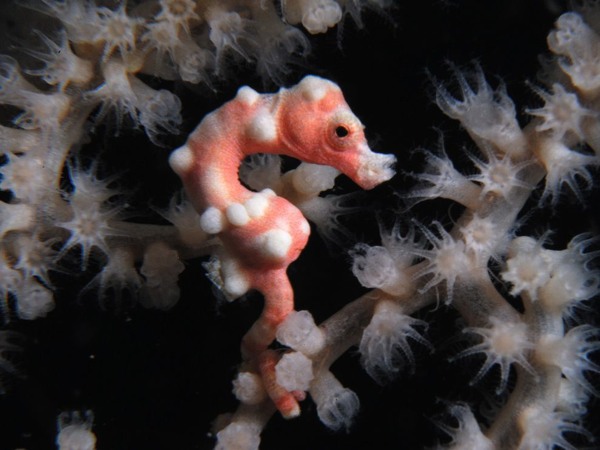 Found between 13 and 90 meters below the surface of the Western Pacific Ocean, the Hippocampus Denise was initially mistaken for a baby seahorse. But in fact a fully grown adult only grows to be about 16mm. Apart from being so small, it is hard to spot because it blends in with the coral. Because they are so difficult to find scientists have no idea how many there are, and if they are threatened by changing environments or as a consequence of fishing. 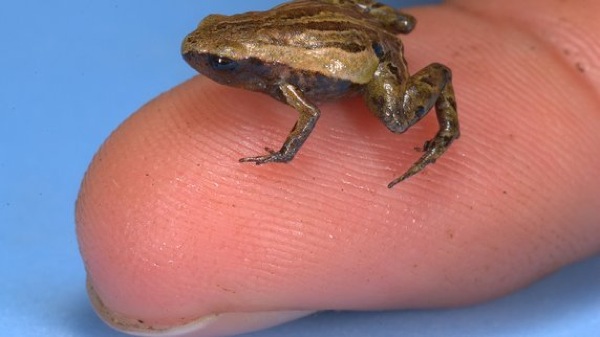 Discovered in 2010, the Paedophryne Amauensis is only 7.7mm long. Found in Papua, New Guinea, the frogs generally live among leaf litter on the floor of the rainforest. Obviously, being so small, the frogs are extremely difficult to locate. Scientists do so by listening to their calls, which is no easy feat in itself, as the high pitched calls of the frog are hard for humans to hear. The frogs are so small, that a fully grown adult could fit completely on one of your fingernails. Not only is this the smallest frog in the world, it is also the smallest vertebrate known to man. 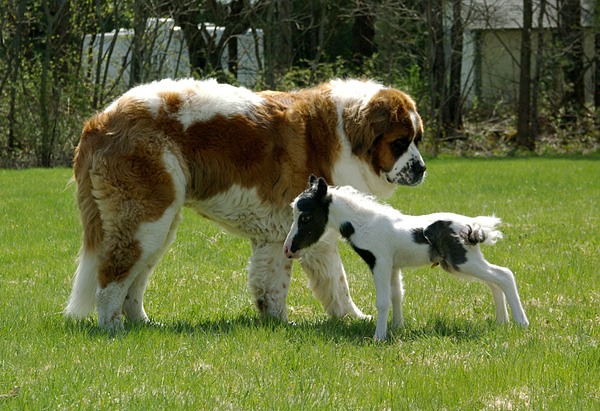 Born in New Hampshire in 2010, Einstein stands at just 20 inches tall (about 5 hands). Amazingly, he apparently does not have any form of dwarfism, and is in fact just a really tiny miniature horse. Initially, because of his size, Einstein had no friends (aw), but now has made friends with a full grown stallion called “Playboy” and a St. Bernard named Hannah, who is over twice his size. The only mystery is why his owners named him Einstein instead of something like “Sore throat” (Get it? Cos he’s a little horse).