When we think of the Bible, most of us think of hard-line conservatism: like Ron Paul on steroids. So it can come as a surprise to hear its chock full of scenes that can only be described as ‘progressive’. Now, with a 2000 year old text, there’s bound to be some disagreement about the meaning of any given verse. Still, it’s hard to shake the feeling God might not be as extreme-right as we tend to think, especially considering stuff like: 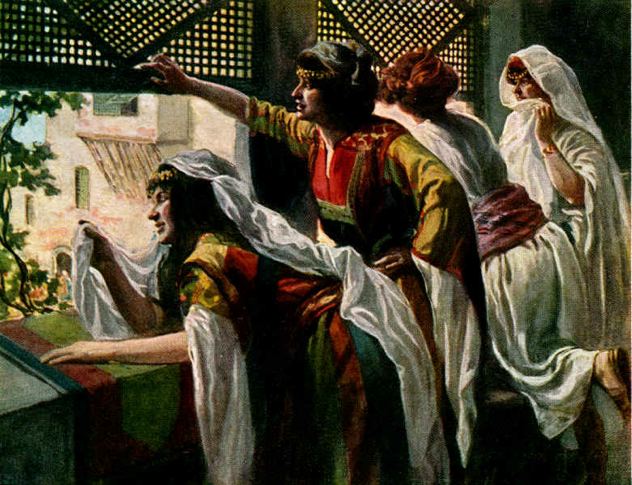 If there’s one thing extremists of all three Abrahamic religions have in common, it’s that they don’t like women. Whether its child brides, segregating and threatening children or electronically tracking women, the pious prove time and again that they’re far from down with feminism. So it might shock them to hear one of the most badass warriors in the Old Testament managed to both be awesome and have ovaries.

In Judges 4, the Canaanites decide to go Michael Bay on ancient Israel, sending a heck-load of chariots and horsemen out for some slaughtering. So who’s gonna stand in their way? That’s right: Deborah. In the ancient equivalent of a training-montage, Israel’s first female judge plays Obi Wan Kenobi to the army-captain’s Luke Skywalker; giving him the means to go slaughter those asshole Canaanites. While Deborah stays out the battle proper, she more-or-less directs it from the side lines; meaning even the Bible managed at least one strong female character before Hollywood. 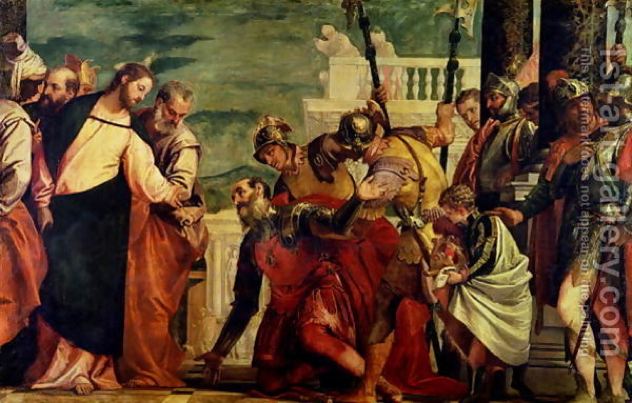 Before anyone gets offended, let me just say that this is simply one interpretation of the Centurion scene. That being said, it’s a pretty convincing one. In the early chapters of the New Testament, a Roman Centurion comes to Jesus, begging him to heal his servant. All well and good, except the translation ‘servant’ doesn’t do it justice. A more accurate one might be ‘boy lover’.

Just to be clear: the Book of Luke was originally written in Greek. In ancient Greek, the word ‘pias’ covers a number of things: such as ‘girl’. It also covers ‘young gay lover’—a definition Kenneth Dover, the world-leading expert on Ancient Greece, favored. Since an erastes-pais relationship involved an older man and a youth, and the Centurion shows way more tenderness for his young ‘pias’ than a rich Roman would for a mere servant, some people think Jesus therefore indirectly gave his blessing to a gay relationship. And if you think that’s heretical wait till you hear about… 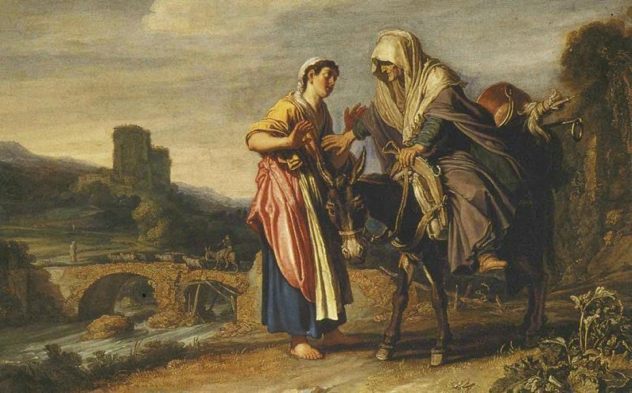 However you look at it, the story of Ruth and Naomi is progressive. In a time when being female put you on a social standing roughly around the level of mildew, Ruth and her mother-in-law Naomi still managed to fend for themselves. But the interpretations go deeper than that. According to the vice-dean of Chester Cathedral in the UK, Ruth and Naomi were totally in love.

Look, I promise this article isn’t just going to be me flicking through the Bible, pointing at characters and saying ‘see her? Totally gay’; but the evidence is kinda hard to ignore. Ruth tells the older Naomi she’ll never leave her, even in death, and ‘clings’ to her; a word that in Hebrew is earlier used to describe a husband becoming one with his wife. During their story they declare their love for one another (something they never say to their husbands)—and when Ruth finally gets pregnant, everyone refers to it as Naomi’s baby. And that’s even before we touch on the subtext of Ruth’s speech to Naomi being the most-quoted text at modern (straight) Christian weddings. It’s almost as if God himself sees nothing wrong with being LGBT. 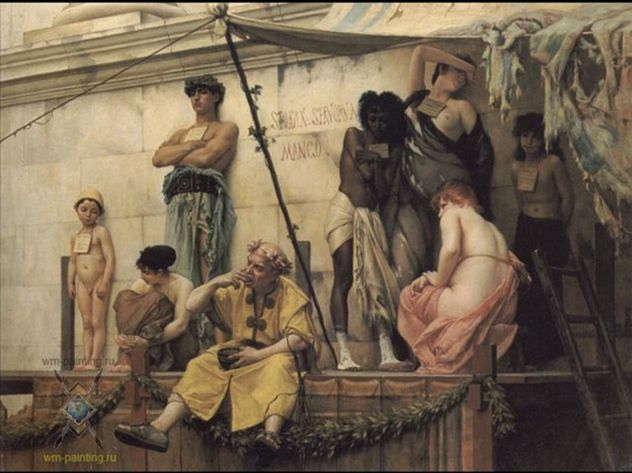 Another thing we rarely associate with religious extremists is racial tolerance. Whether it’s ‘white knight’ types trying to relive the crusades in their trailer park or the KKK being assholes, extreme Christianity seems to involve more racism than a night out with Mel Gibson. At least, it does if you’ve never actually read the Bible.

See, Greek, Roman and ancient Hebrew societies were almost color-blind. While there are plenty of references to slavery in the Good Book, it refers to people considered the spoils of war, or unable to repay their debts. The idea of enslaving someone just for their color would’ve been absurd to Biblical man, and Galatians 3:28 makes that emphatically clear. In full, this little baby reads:

In other words: you’re all equal, so stop being dicks to each other. And man is that a sentiment we should all get behind. 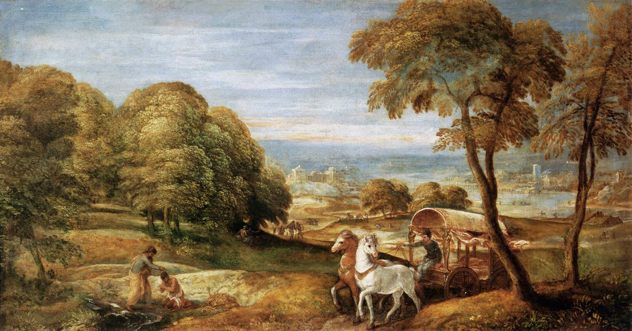 The story of the Ethiopian Eunuch is entirely about the early Church accepting people who were different. In this case, ‘different’ has the dual meaning of ‘African’ and, well, a ‘eunuch’. And, since the ancient temples weren’t hot on letting in anyone who wasn’t physically ‘perfect’ (by their dodgy ancient standards), you can more or less take it to mean the new Church was open to everyone. Eunuchs, the disabled, slaves, people from across the world… even people with unusual sexual preferences. So, to summarize: the message to take from this massive section of the Book of Acts is “it’s cool, we can all worship here”. Now, if only we can get real life to start reflecting this, we’ll be good. 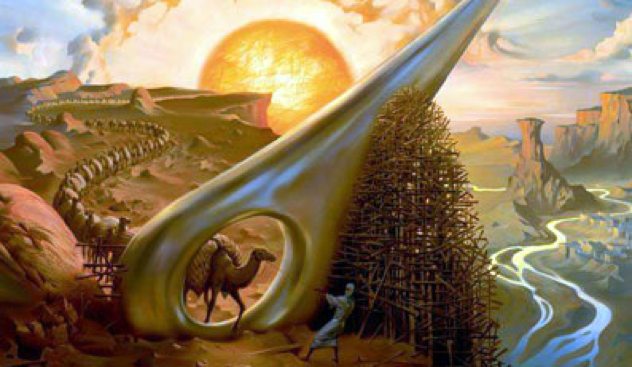 It’s no secret that Jesus wasn’t exactly down with wealth. Aside from telling a wealthy follower the only way to be saved was to sell all his possessions and give the money to the poor, he also famously said it was harder for a rich man to get into heaven than a camel to pass through the eye of a needle. Oh, and that story about ‘the eye of the needle’ being a narrow gate or passage or some such nonsense? Rubbish. As far as anyone can tell, Jesus meant what he said: rich people won’t get into heaven unless they do some serious wealth distribution first. In other words: socialism, or at least a proto form of it. And it’s not just Jesus… 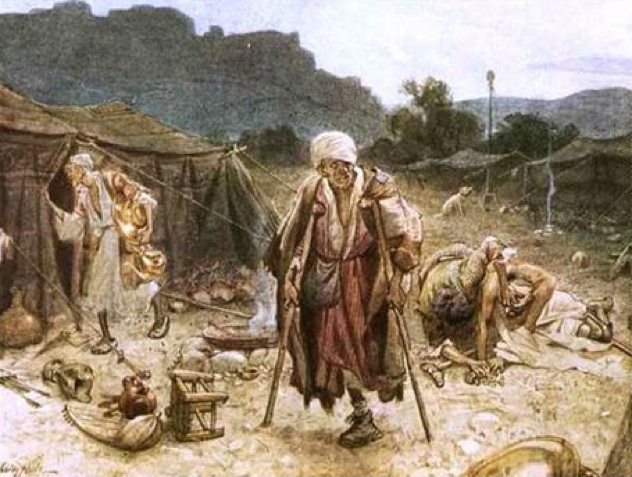 For all the New Testament is a Hollywood reboot of the Torah, Jesus’s pro-poor attitude was still building on some extensive groundwork. Briefly: Exodus 23:6 & 23:11; Leviticus 19:10 & 23:22; Psalms 82:3-4; Proverbs 13:7, 18:11, 21:13 & 22:9; Luke 3:10-11, 1 Timothy 6:10 and James 2:2-4 all preach looking after the needy, giving your possessions to the poor and trying not to act like a rich dick. And that’s just the ones I could be bothered to look up—there’s plenty more. If the Bible has one central, social idea to it, it’s ‘defend the poor from rich guys’. In other words, it’s the sort of thing you should be more likely to find Karl Marx flicking through than Glenn Beck—especially given awesome verses like this one. 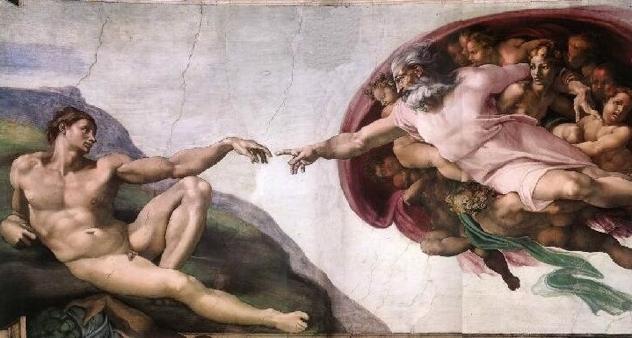 The Jubilee is an ancient celebration of extreme awesomeness that we’ve somehow managed to forget all about in the intervening centuries. Simply: it was a time for starting over, a great apocalypse party every fifty years that saw all the crap of the past half-century washed away. Slaves were freed, debts were cancelled, property returned to its original owners and prisoners freed. In other words, it was a God-approved handbrake on enforced inequality, exploitation and extreme wealth accumulation. You know: more or less the exact opposite of what we’ve got now. Man, I’m starting to think God maybe looks less like a kindly old Santa Claus and more like Che Guevara. 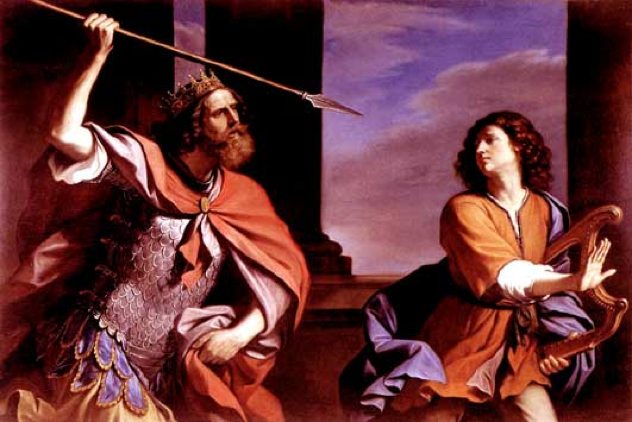 Let’s be blunt: there’s a good chance King David—giant slayer, benevolent ruler and ‘King of Israel’—was gay. At the very least, he was like that girl you knew at college who was ‘kinda into’ other girls but now has a husband and six kids.

In Samuel, young-David gets adopted by King Saul and winds up meeting his son, Jonathan. The first thing these two nominally-straight men do when they meet each other? Get naked. Yeah, that was as unlikely back then as it is now. Anything else? Well, there’s 2 Samuel 1:26, where David says Jonathan’s love is “more wonderful than that of women”; 1 Samuel 18:1-4 where he says he loves him more than his own soul; and that verse where Saul blows his top at learning his son is into dudes. But the kicker may be when the two are forced to say goodbye and fall into each other’s arms, ending in a passionate kiss.

But perhaps the most surprising thing about all of these is how little it all seems to matter. Characters are gay and cool, lesbian and cool, castrated African Jews and cool… It’s almost as if the Bible were saying there’s nothing wrong with being gay or poor or lost or simply different and we’re all the same to God. And you know what: even if I’m wrong, wouldn’t it be nice to think that anyway?