Insects represent more than eighty percent of all species. Currently, there are around 900 thousand different kinds of insects known to science, with estimates of at least a million still waiting to be discovered. Many of us find them disgusting or scary, while others are fascinated by their huge variety, as they have colonized most terrestrial environments in the most surprising and fascinating ways. This list reveals ten insect superlatives ranging from the smallest to the most dangerous to the most daring of these creatures: 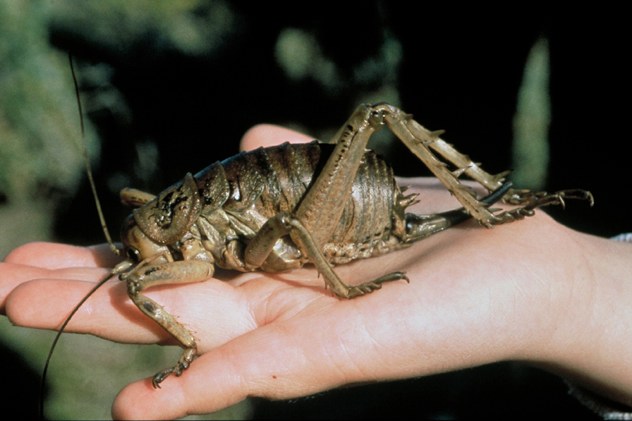 The giant weta native to the Little Barrier Island of New Zealand (Deinacrida heteracantha) proudly bears the name of the heaviest and largest adult insect in the world, the record weight for one being of 71 grammes or 2.5 oz and more than 8.5 centimeters or 3.4 inches in length. A relative of the grasshopper and of the common house cricket, the giant weta is nowadays a vulnerable species. 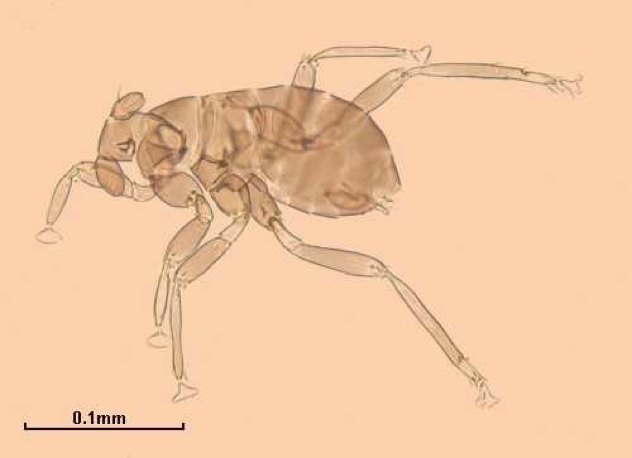 Fairyflies are tiny members of the wasp family and the smallest family of insects known to science. Dicopomorpha echmepterygis is a fairyfly native to Costa Rica, the males of the species being no more than 0.14 mm in length, about the same size—if not smaller—than the single-celled paramecium we normally find in lake waters. This species feeds on the eggs of other insects.

The harvester ant (Pogonomyrmex Maricopa) is the world’s most venomous insect—however, it does not pose any threat to humans at all. Its venom is roughly 25 times stronger than that of the honey bee, but it is delivered in small doses, therefore rendering the harvester ant quite inoffensive. Most of you probably expected the Japanese giant hornet, the African killer bee or the bullet and of South America as contenders to this title; surprisingly enough, the winner turned out to be in your very back yard, as members of these species are generally found throughout the US. 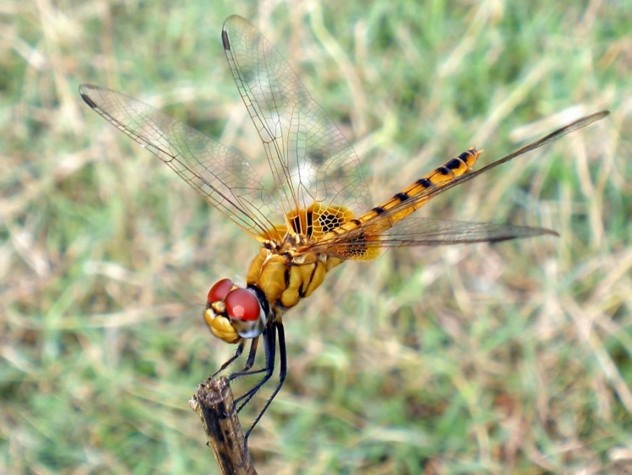 The Globe Skimmer (Pantala flavescens) has recently been found to be the insect with the longest migration of all insects, its journey dwarfing that of the famous monarch butterfly. Using the monsoon, these dragonflies travel from India to East and Southern Africa and back again, which adds up to between 14,000 and 18,000 kilometers. Furthermore, the long migration of these insects renders them as an accessible food source for migratory birds, which means that if anything happens to this species, many species of birds would find it very difficult, if not impossible, to perform their annual migrations. 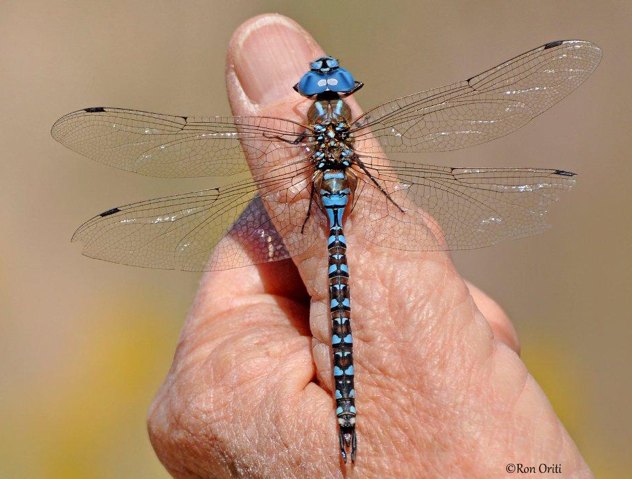 This species of dragonfly (Austrophlebia costalis) has been clocked to a speed of 35 mph, which makes it the fastest insect in the world in terms of flight speed. Although there are previous claims that it would top 60 mph, most experts disagree on their veracity. Nevertheless, there are many who consider that the title of fastest insect remains disputed among dragonflies, hawk moths, and horseflies, with various unverified measurements circulating about each one of these species. 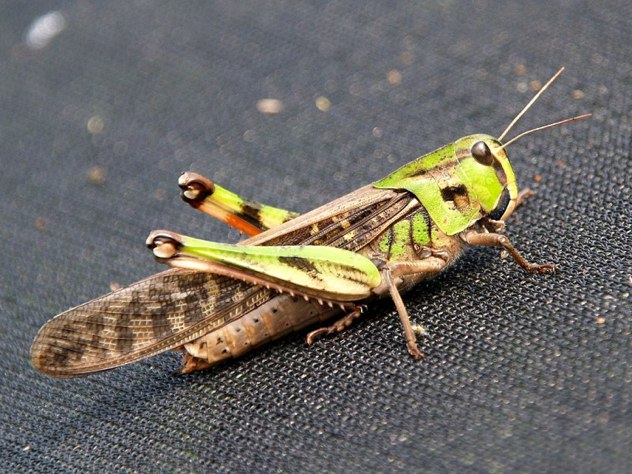 Locusta migratoria, or the migratory locust, is arguably the most feared species of insect known by humankind. Although the mosquito is responsible for the most human deaths, the locust is the one insect that has made men cry in horror throughout history. Although locust swarms are rare nowadays, locust plagues still occur in some parts of the world, as was the case in Madagascar, last year, or the 2004 locust outbreak that affected several countries in West and North Africa that resulted in losses of around $2.5 billion in terms of agricultural devastation. 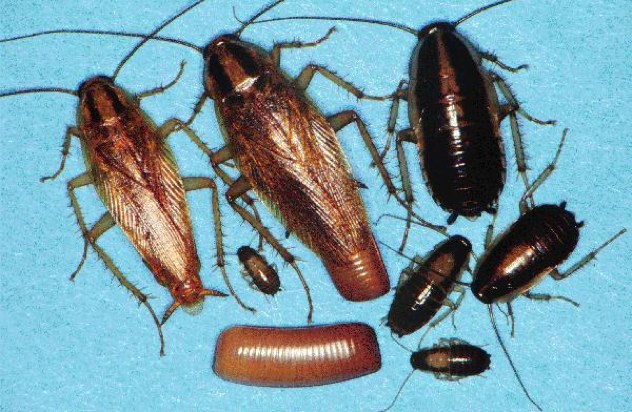 I suppose few people will be surprised by the title of this entry. I mean, everyone knows the allegations that cockroaches are capable of survival nuclear fallout and so on… Therefore, in hopes of raising at least a few eyebrows, I would like to mention a case in which a German cockroach nymph (Blattaria germanica) managed to live inside another very hostile environment: a human colon. The nymph probably arrived there after having been inadvertently swallowed by the 52-year woman while she was eating, and somehow managed to survive the digestive enzymes of her stomach. 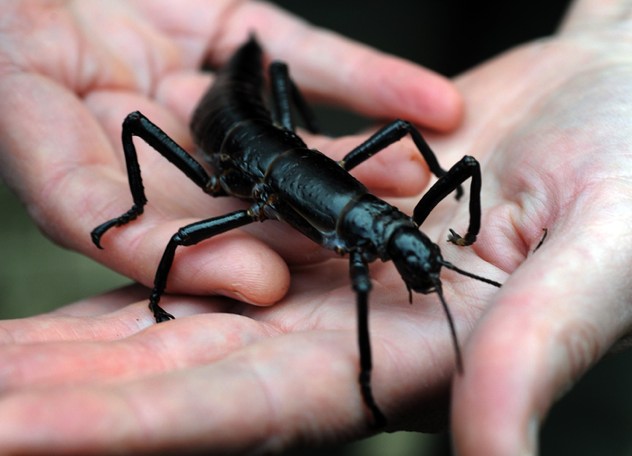 This rather large member of the stick insect family lives on the Lord Howe Island found between Australia and New Zealand. It is also an example of what biologists refer to as the Lazarus effect, namely when a species is thought to be extinct, but it is found again afterwards. The current population of wild Dryococelus australis is thought to consist out of less than fifty individuals (24 at the moment of their rediscovery); with so small a population, however, the species remains critically endangered. Nevertheless, there are efforts to breed the Lord Howe Island stick insect, the Melbourne Zoo of Australia managing to breed over nine thousand individuals within their specially designated breeding program. 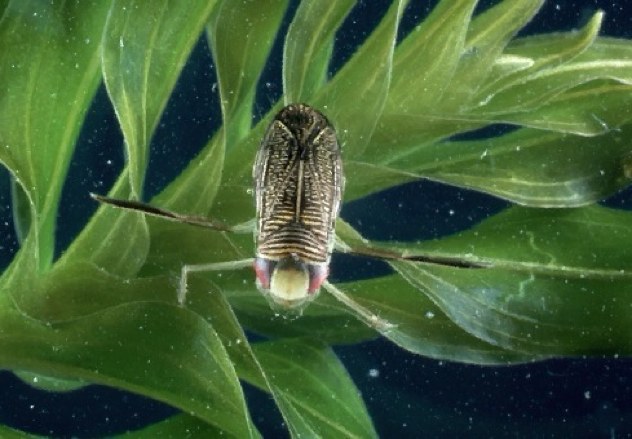 A species of cicada, the water boatman (Micronecta scholtzi) is the loudest animal on Earth for its size. Although the entire cicada family is famous for their loudness (with some species managing to sing in almost 120db), the water boatman, at only two millimeters in length manages to make a noise 99.2 db loud, is similar to standing in the front row of a loud orchestra or listening to a jackhammer from fifty feet away.

Argentine ants (Linepithema humile) have been recently found to be the insects with the largest colony in the entire world, whose domination may rival that of humans! Scientists have discovered that the members of the species living across America, Europe and Japan actually belong to the same colonies, as they will refuse to fight one another. Furthermore, a series of experiments hinted that these super colonies might actually be one worldwide colony of ants, as their members did not exhibit hostile behavior towards one another and recognized their familiar pheromone scent, despite being separated by thousands of miles. Furthermore, this unusual phenomenon seems to have been created by humans, who inadvertently introduced them to all continents from South America.

Victor Pintilie is a student of the natural world who likes to discover the intricacies of nature; his ambition is to become a reputable freelance writer about nature-related subjects.