The roots of New Orleans run deep into the banks of Lake Pontchartrain—and for nearly three hundred years, their soil has been fertilized by blood.  Initially a French penal colony, it seems that the city has never really strayed too far from its nefarious roots.  Settlers gave it Christianity, slaves gave it voodoo, and the turbulence of the two religions gave New Orleans much of its rich culture.    Ravaged by time and weather, today’s New Orleans is a mere shadow of its former self—and of course, everything is at its most sinister in the shadows. Here are ten of its most macabre aspects: 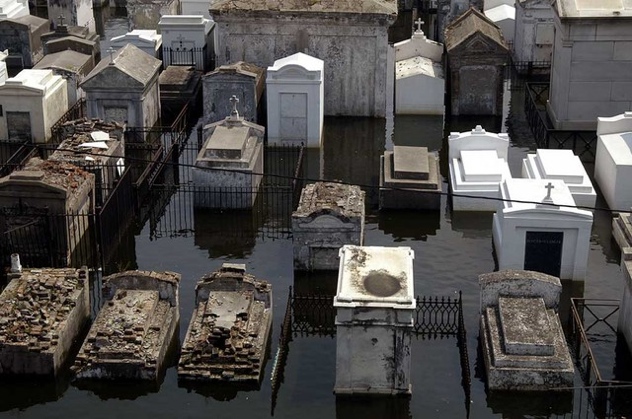 In a city built on conflict and sustained by violence, it’s no surprise that the cemeteries of New Orleans are one of its most popular tourist attractions.  Still, the salient question remains: Why on earth don’t they bury their dead beneath the earth?

With parts of New Orleans located at seven feet below sea level, it is believed that the high water table would cause the bodies to float up out of the soil. Since the idea of what-used-to-be-Grandpa peeping up through the dirt seems to unnerve most people, above-ground sarcophaguses are used to house the dead.  These elaborate crypts can cost thousands, so they’re used over and over again; the decomposed remains of the previous tenant are simply pushed into a pit at the far end. 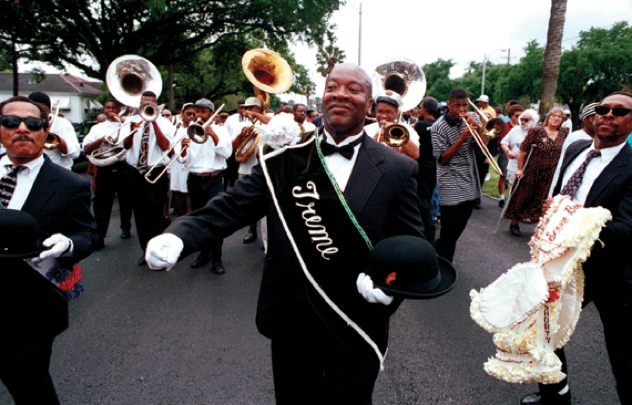 From the eighteenth century until 1905, New Orleans was plagued by Yellow Fever.  Early superstitions alleged that spirits rising from the grave in search of home were the primary transmitters of the disease.  To prevent the spirits from finding their way home, people used a process called “Confusing the Spirits”.

The coffin of the deceased would be placed on a carriage, and carried on a random path towards a cemetery on the outskirts of town.  A funeral procession would follow behind, banging pots and other noisemakers to confuse the spirits.  In a bizarre twist, this superstitious practice eventually evolved into today’s “Jazz Funeral”.  Only New Orleans could turn a plague into a party and thereby put the “fun” in funeral. 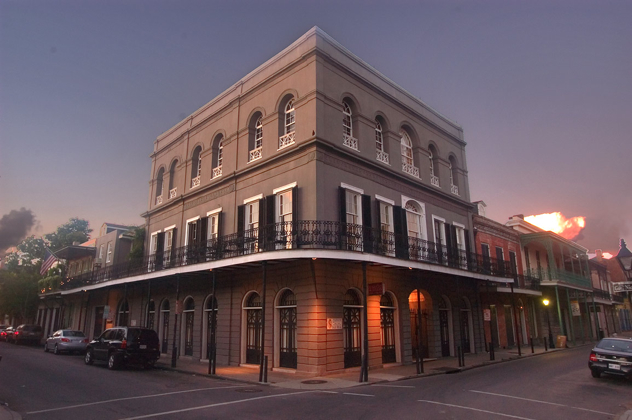 Famed as “The Most Haunted Place In The French Quarters”, the LaLaurie Mansion has passed from one owner to another for nearly two hundred years.  Some of the more famous owners have included Anne Rice and Nicholas Cage—but the most infamous of the home’s titleholders was Delphine LaLaurie herself.

Delphine was a prominent socialite in New Orleans during the early 1800s.  Being of such elevated status, it was common for Delphine to throw extravagant parties.  Delphine had a unique compulsion, however; during these events, she would disappear for an hour or so, only to return in a different dress.  Given the cost of clothing back then, this was seen as an ostentatious display of her wealth.  Little did her guests realize that the true cause of her change in costume was far more horrifying than that.

On April 10, 1834, during one of Delphine’s famous parties, a fire broke out in the kitchen of her Royal Street residence. When the fire marshals got there, they found a slave chained to the stove by her ankle. The slave later confessed that she had started the fire in an attempt to commit suicide, for fear of being taken to the room above the kitchen. In her own words, “Anyone who had been taken there, never came back.”

When rescuers investigated the room, they discovered Delphine LaLaurie’s chamber of horrors.  Inside, they found the mangled bodies of slaves—both living and dead. The room featured botched sex change operations, bizarre amputations, and other horrific medical experiments.

Word quickly spread about the atrocities and soon a lynch mob formed outside the LaLaurie Mansion.  But before the mob could inflict its justice, a stagecoach swept in and carried Delphine away.  New Orleans’ most notorious serial killer disappeared into the night, never to be seen again. 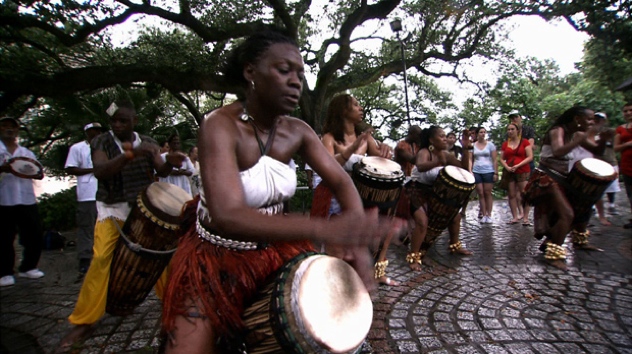 Originally named the “Place Publique”, the local park served as a popular meeting place for people of color during the French and Spanish colonial periods.  After the American Revolution, the park was occasionally leased to the Congo Circus and was for that reason renamed “Congo Square”.

During the frequent gatherings of slaves in Congo Square, voodoo ceremonies were often held to ensure love, fertility—and sometimes even death.  During its heyday, the great priestess Marie Laveau often came to Congo Square, where lucky onlookers could witness the great queen dancing with her snake.  Congo Square still exists today; it’s located in Louis Armstrong Park, where the annual Jazz Fest is held.  Voodoo practitioners still deem the park to be sacred, and consider Congo Square to be rich in spiritual energy. 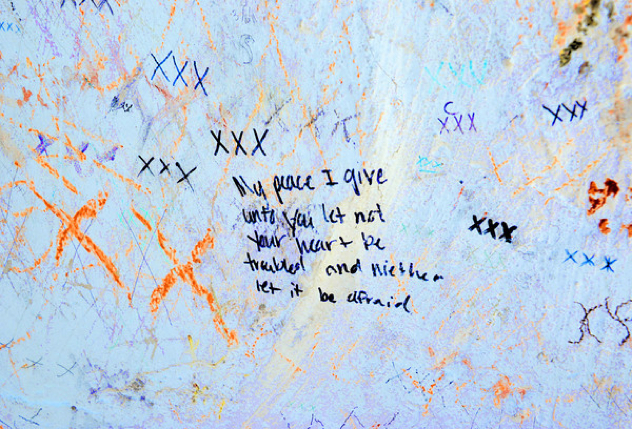 For those who are not afraid to commune with the departed, an offering to a dead voodoo priestess can make all their dreams come true.  Located in the most haunted cemetery in the United States, Saint Louis Cemetery No. 1, you will find the burial place of Marie Laveau.  At this sacred spot, believers can leave offerings and then draw three X’s on the side of the tomb, in hope that their wish will be granted by the Voodoo Queen of New Orleans. 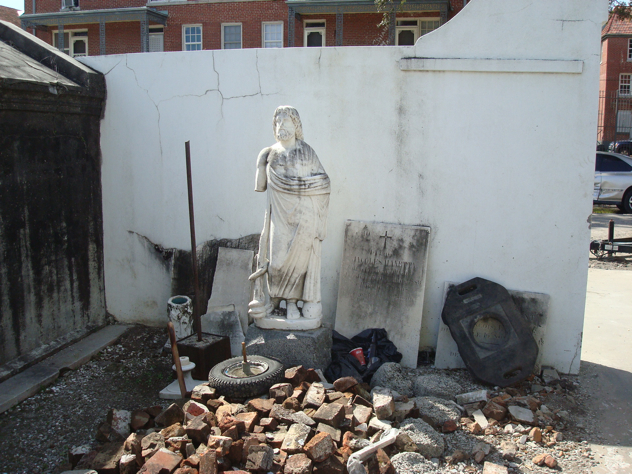 Spookily, if you visit Saint Louis Cemetary No. 1 you’ll notice that many of the tombs have been opened. Grave robbery is not unheard of in New Orleans—and with voodoo being a long-practiced dark art, we can only hope that the violators merely came for grandma’s pearls. 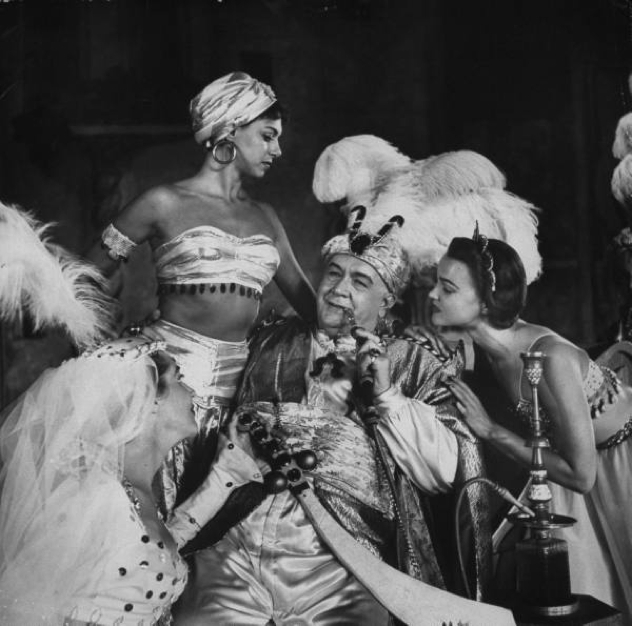 As if the cemeteries of New Orleans weren’t filled with enough local victims, it seems that the city isn’t opposed to the idea of importing non-locals.  The Gardette-Laprete House at 716 Dauphine Street was built in 1836, and in 1937, it was rented out to a young Turkish man who went by the title of Sultan.  The “Sultan” kept a large harem in the house, along with his family and a group of eunuch servants.

The Sultan was a very private man, who never drew much attention to himself from the other residents of Dauphine Street.  At least, not until the day a pool of blood was noticed trickling out from beneath the front door of his home.

When police investigated, they found that the entire family and entourage had been butchered.  The carnage was so horrific that human heads had to be counted in order to determine the exact number of victims.  The Sultan himself was found to have been buried alive in the backyard.  To this day, the murders have never been solved—but some locals say that ghosts still walk the premises, and that the screams of the victims can still be heard. 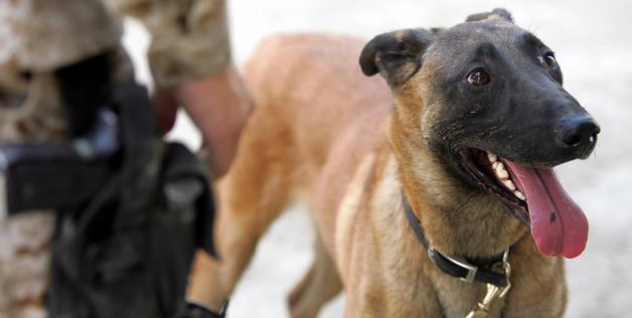 On January 26, 2013, a Secret Service dog fell to its death from the roof of a six-story parking garage. It thus died in the line of duty, while working to protect Vice President Joe Biden in New Orleans. The K9 agent appeared to simply jump from the parking lot roof near the Ritz-Carlton Hotel, where Biden was speaking at a fundraiser. Who can tell what evil forces were at play—and what Biden did to offend them? 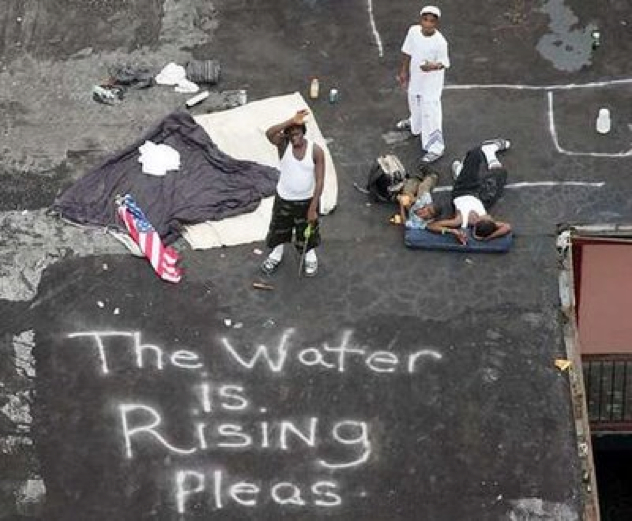 The levees of New Orleans were designed to withstand Category 3 hurricanes—but Katrina peaked at a Category 5, with winds reaching up to 175 miles (280km) per hour.  Unprepared for the onslaught, the levees were breached in fifty-three different places.  An estimated eighty percent of New Orleans was soon under water, which was nearly twenty feet (6m) deep in some places.  The final death toll from the hurricane was 1,836, with 1,577 of those deaths occurring in Louisiana.  More than seven hundred people are still reported missing today as a result of the storm.

1
Even Katrina Couldn’t Wash Out Some Stains 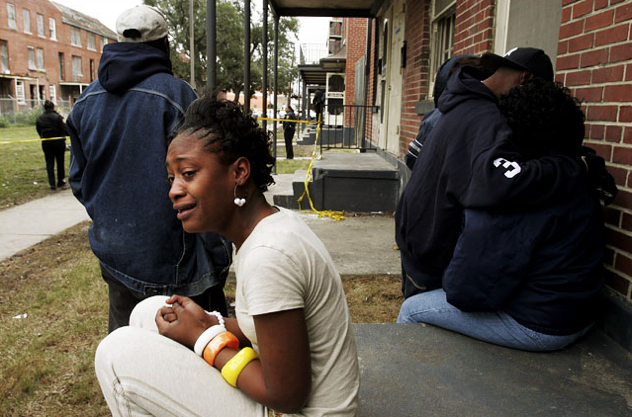 In 1994, 421 people were murdered in New Orleans, which translates into 85.8 per 100,000 people. This set a record for homicides that no other major American city has been able to touch.  In fact, New Orleans has averaged fifty-six murders per 100,000 people for the past decade—nearly ten times the national average. In 2012, New Orleans slipped to third on the list of America’s Deadliest Cities; but considering that it has held the number one slot for eleven out of the past twelve years, there’s no doubt that it will soon regain its title as the Murder Capital of America.

William Bryan Layton works as a consultant in the offshore oil and gas industry.  He lives in Mississippi but enjoys traveling the world with his wife, Jennifer. He is also author of the book “Toe Tags and Tequila”.