Dotting the British Isles (and the rest of the world), scores of amazing prehistoric sites can still be found. In many cases, these are even older than the great pyramids of Egypt—and although archeologists have theories about who built them and what their purposes were, very little is known for sure.

Whoever is responsible for these sites appears to have had more sophisticated astronomical knowledge and construction techniques than generally thought possible for the time.  This has lead to theories about help from either aliens or an advanced civilization such as Atlantis.  One thing is certain: these sites have sparked imaginations and inspired debate for centuries, and will continue to do so indefinitely. 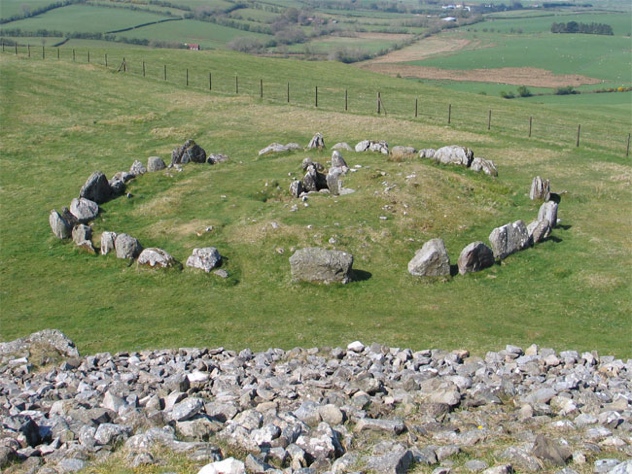 The Loughcrew Cairns in Ireland are a series of tombs dating to 3200 B.C.  Also known as the Hills of the Witch, the thirty-plus cairns and mounds feature some outstanding Neolithic art, and display a solid knowledge of astronomy.  Debate rages as to what the art means or signifies.  The passages of the main cairns are aligned so that the sun will illuminate the back walls on significant days.

The main passage of Cairn T is built so that the light of the rising sun on the spring equinox is narrowed into a thin shaft, illuminating the art within.  Cairn S is aligned to the cross quarter days, and it is believed that Cairn V (of which there is very little remaining) indicated the winter solstice. 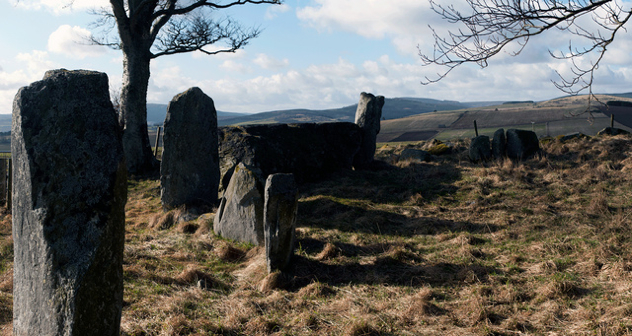 Old Keig is a stone circle in England.  Not much remains of the original stones, but what does remain hints that this must have been a magnificent sight indeed.  The recumbent stone of Old Keig is 4.9 meters long, and weighs as much as fifty tons.  The type of rock used for this stone is not local—meaning that this huge chunk of rock was transported up a steady slope from a site several miles to the southeast. 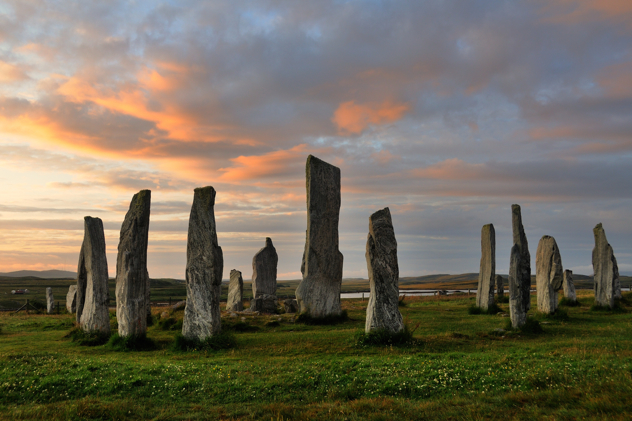 Another majestic stone circle is located near the village of Callanish, in the Outer Hebrides. It is believed that the stones were erected around 2600–2900 B.C.  One theory has it that the Callanish stones may have helped their architects form a calendar system, based on the position of the moon.  A stone avenue, which leads out of the circle, points toward the setting midsummer full moon. These days, we barely even watch the sun rise anymore—who can imagine what was going through the minds of these ancient builders when they saw the sun go down each night? 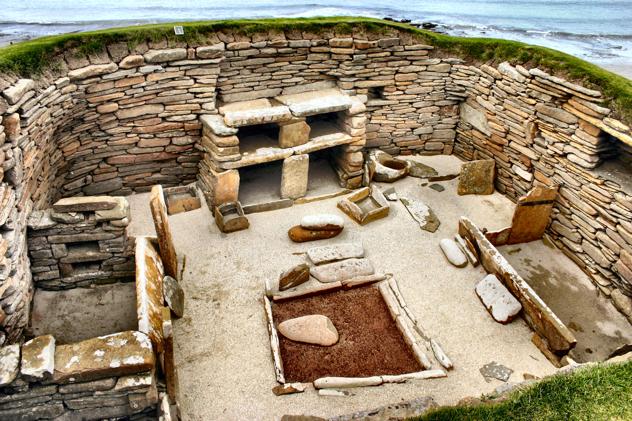 Skara Brae is a stone Neolithic settlement on the island of Mainland in the Orkneys.   It was inhabited from roughly 3150 to 2500 B.C.  It is the most intact Neolithic settlement in Europe, gaining it UNESCO World Heritage Site status and the nickname of “Scottish Pompeii”.  The settlement is remarkably advanced for its age, with a sophisticated drainage system connecting to primitive toilets in each dwelling.  Many intriguing artifacts were discovered at Skara Brae, including unusual carved stone balls.  What is believed to be a form of runic writing appears on artifacts and throughout the site, but successful translation has so far been impossible.

6
The Ring of Brodgar 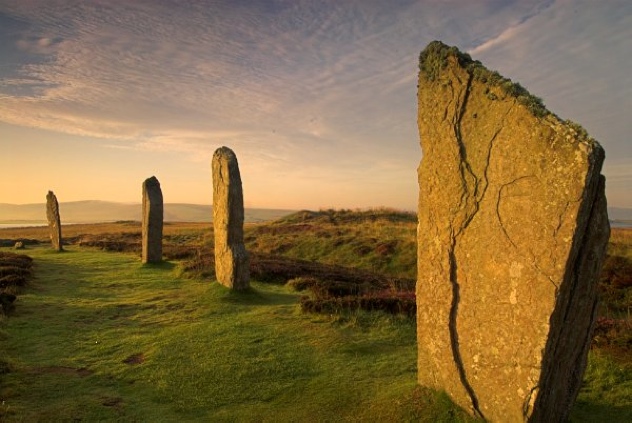 Located on the same island as Skara Brae, the Ring of Brodgar is also a UNESCO World Heritage Site.  Most henges do not contain stone circles, making this a rather unusual site.  It is the third largest stone circle in the UK.  The interior of the circle has never been excavated by archeologists, and no scientific dating has been done, so it’s difficult to accurately assess the age of the site—but it is generally believed to date from approximately 2500 B.C.

Alexander Thom has proposed that the Neolithic builders of Brodgar and other sites used a common unit of measurement which he calls the “megalithic yard”; the diameter of the inner banks of Brodgar, Newgrange, and Avebury are all exactly 175 megalithic yards.  This theory remains highly contested, however, as a common unit of measurement would suggest a sophisticated transfer of information not expected from Megalithic builders. 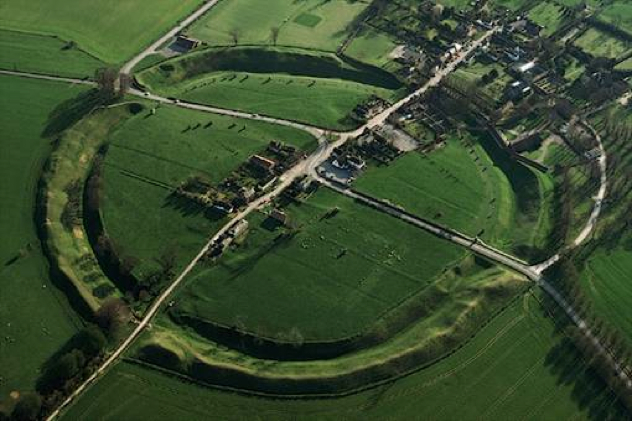 Avebury contains the largest stone circle in England, and was constructed around 2600 B.C.  The entire site consists of a henge, a large circle of stones, and two smaller circles within the larger circle.  Archeologists disagree on the original purpose of Avebury: some suggest that it was a key element in religious rituals, while others highlight its potential function as an astronomical calendar system. 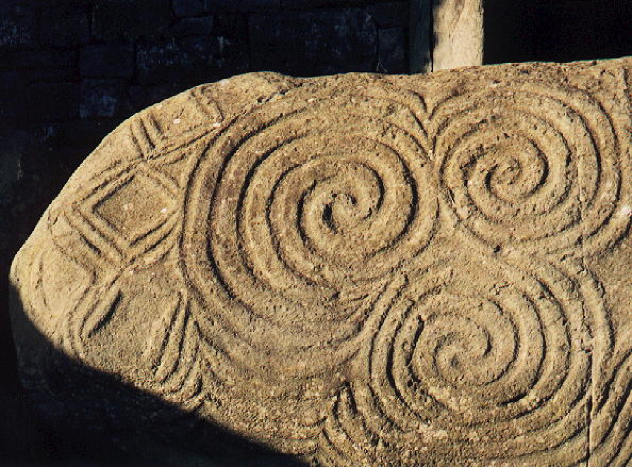 Newgrange is a mound constructed around 3200 B.C., in Ireland, and it is part of the Brú na Bóinne UNESCO World Heritage Site.  It is a circular mound with a stone passageway leading to chambers inside.  Ringed by kerbstones engraved with artwork,  Newgrange is certainly an impressive sight.

The main passage is aligned so that the rising sun of the winter solstice floods the interior with light, which enters through an opening above the doorway.  Once again, archeologists do not completely understand the original purpose of Newgrange, but most agree that it was probably used in religious rituals. 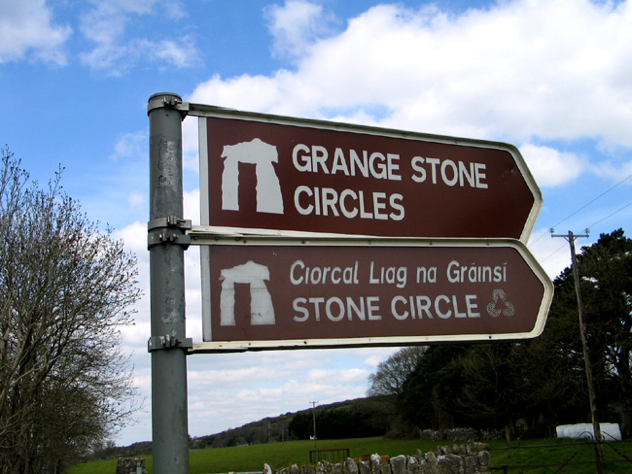 Lios Na Grainsi (or Fort of the Grange) is the largest stone circle in Ireland.  The circle is aligned with the rising sun of the summer solstice; the sun shines down directly into the centre of the circle.  The largest stone weighs more than forty tons.  Locals apparently refuse to approach the site after sunset, since they believe that the circle returns to the Fey at this time. 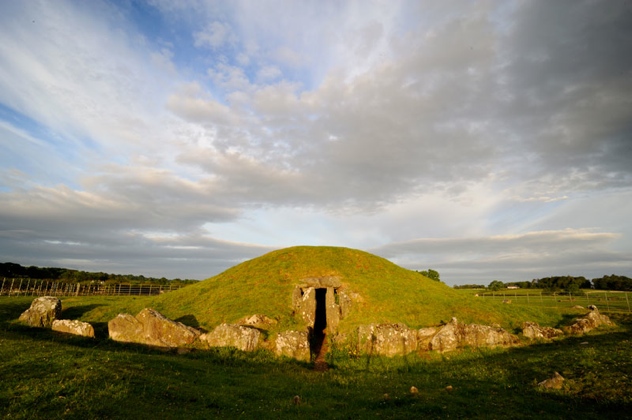 Bryn Celli Ddu is located on the Welsh island of Anglesey. It was originally a henge and stone circle site in the Neolithic age, but sometime during the bronze age a mound was constructed on top of the henge.  The site is aligned to the summer solstice, and it has been argued that year-round alignments would have allowed Bryn Celli Ddu to be used as an agricultural calendar. 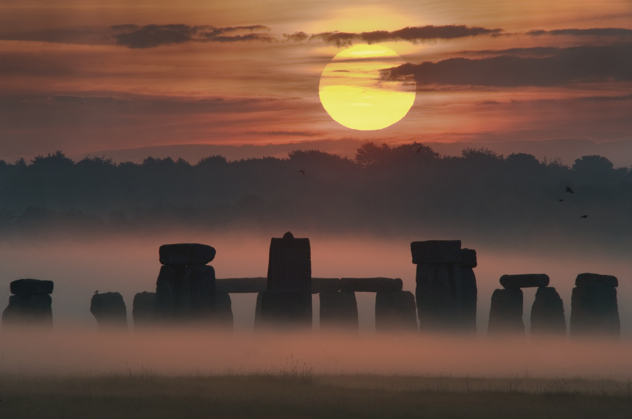 In a choice between cliche and outrage, we went with the former. But despite the fact that everybody has heard of Stonehenge, it’s worth reminding you with the help of the picture above just how incredible this site really is. The most famous stone circle in the world, Stonehenge was constructed in phases between 1500 and 3000 B.C.  Of course, it is a UNESCO World Heritage Site.  It is unclear why, or even how the huge stones were erected as they were—creating an enduring mystery that has captivated people for centuries.

In a not entirely unrelated side-note, some believe that the well-known rhyme, “eeny, meeny, miny, mo” may have its origins as an ancient counting system, possibly used by the same people who built Stonehenge. In the English seaside town of Yarmouth, for example, oral tradition has it that numbers once began with the slightly similar “ina, mina, tethera, methera”. Other small shreds of evidence support the idea, and although there’s no way of being sure, it’s an interesting possibility to dwell on.