A “meal-breaker” is an unexpected and usually disgusting object that is found in otherwise perfectly ordinary food. Meal-breakers can range from the relatively innocent (such as dirt in poorly washed salad) to the diner’s worst nightmare . . . literally.

Warning: These stories are not for the faint at heart. 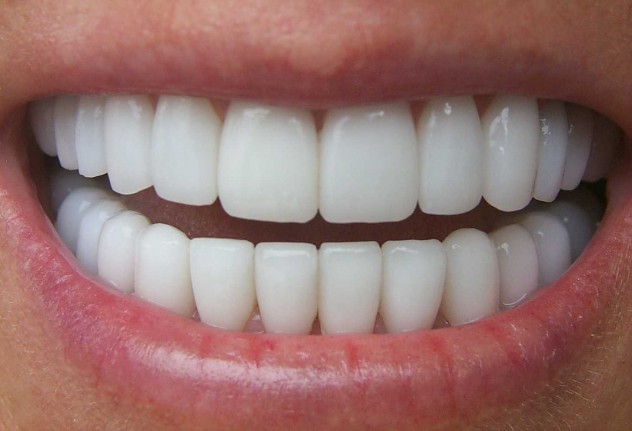 If there’s one thing that you’d never expect to find in your food, it’s what you eat it with: teeth. Even so, biting into a meal that has teeth of its own has been known to happen. All it really takes is one freak accident at some point in the manufacturing process. Maybe a packing line employee gets hit in the jaw by a piece of malfunctioning equipment. Maybe someone’s dental hygiene is so bad that their teeth just keep falling off. Whatever the reason, the results are scary. Human teeth have been found in canned food, sausages, and ice cream. An Australian man nearly choked on a gold tooth in his Mars bar.

And the people who found just human teeth are the lucky ones. One man sued Kraft Foods in 2006 for making him physically and mentally ill. He said his symptoms started when he bit into a large rodent tooth that was in hiding in his Planter’s peanuts. 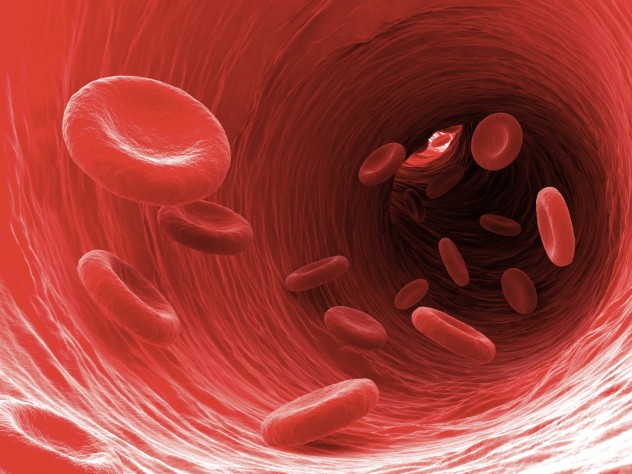 Technically speaking, blood’s not a particularly bad food item. Everyone who has ever ordered a rare steak is familiar with the taste. Still, the very idea of eating the blood of another human being is nauseating. Even if you forget the moral questions (eating someone’s blood would technically make you a vampire and a cannibal), the disease risks alone make it a very, very bad idea.

Even so, human blood in food is more common than we’d like to think. Chefs and fast-food employees spend their days using knives and cutting equipment, so cuts happen. Sometimes they don’t notice the wound (or just ignore it), and spatters of blood can end up in the food. Even if they tend to the wound, it may not help. If the bandage falls off during a busy hour, the customer’s food might include a latex surprise.

And sometimes things get weird beyond comprehension. Just ask the tourist who claims to have found a used tampon in her steak and spinach at the Waldorf Astoria Hotel. Eating frogs can sound unappetizing. But as any fan of classic French or Cantonese cuisine can testify, eating frogs (especially their legs) can be extremely rewarding.

However, drinking frogs is a very different experience.

In 2009, a man opened a can of Diet Pepsi and took a sip. Instead of the familiar cola taste, his mouth filled with a strange liquid that tasted so awful he could not even describe it properly. When he poured away the undrinkable liquid, he found out why: a small, partially molten creature was slowly decomposing inside the can.

The Food and Drug Administration Office (FDA for short) examined the can and said that the thing inside was probably a frog or a toad. It was difficult to say because its internal organs were completely melted. Strangely, the FDA said the situation was not Pepsi’s fault in any way—they inspected their bottling plant but found no association with the problem. Officially, the frog creature in a Pepsi can remains a mystery. 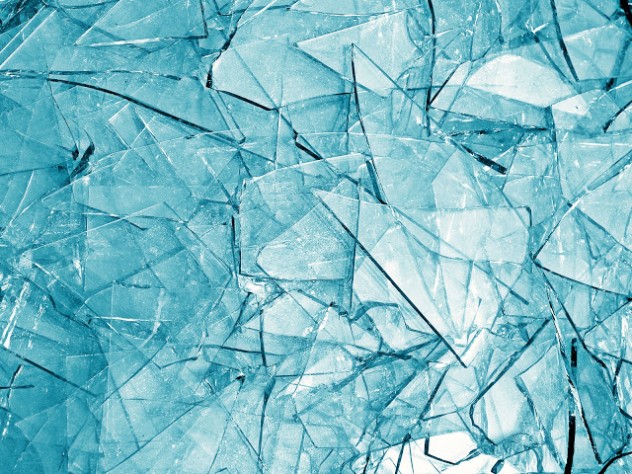 In popular culture, lacing a person’s meals with finely ground glass is often portrayed as an effective way to slowly kill someone. While this is not true (the intended victim would easily notice the glass, unless it was so finely ground that it would not cause lethal internal damage), eating glass is still a very bad idea that can cause serious internal injuries.

Glass has a nasty habit of finding its way into our food. Nestlé has been forced to recall a large batch of ravioli products because they had somehow been contaminated with glass shards (and in an earlier scandal, pieces of plastic). A Texas school cafeteria accidentally served beans in glass shard sauce because a badly constructed glass barrier near the food was literally chipping away.

Even small babies aren’t safe from glass in their food. In 1986, Gerber was found to distribute glass-contaminated baby food. Before the situation was brought under control, toddlers across the nation accidentally consumed pieces of glass that ranged from tiny, harmless specks to lacerating shards the size of a dime. 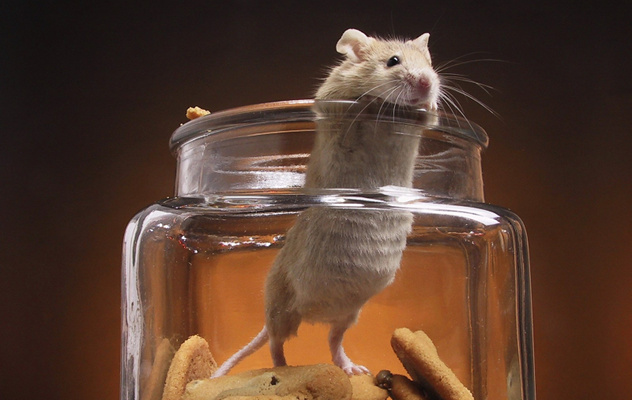 Although mice generally avoid humans, they’re never far away. Since our pantries and garbage provide good eating for the tiny critters, there’s always an unhealthy amount of them living in every population center. Mice are literally everywhere . . . and sadly, that sometimes includes our food.

Deep-fried mice are a delicacy in China, but their consumption tends to be accidental in Western countries. Mice get caught in food production lines, ending up deep-fried and salted in bags of potato chips.

A less crisp, but infinitely more disgusting variation of mouse food happens when one gets caught in a bakery line. A large British food company was recently fined because a customer bought a loaf of bread and found a mangled mouse baked in the crust. 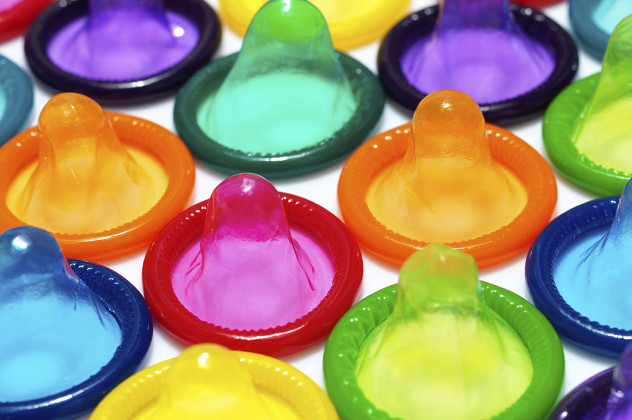 A condom is probably one of the most disgusting things you can find in your food, even if it’s a bacon-flavored one. A customer of a California seafood restaurant experienced this the hard way—when she found a rolled-up condom in her clam chowder. Despite an investigation and lawsuit, the reason for this was never discovered (although the woman suspected it was a prank by a rude waiter). It was also not certain whether the condom had been used.

A student at a Chinese university wasn’t as lucky. His cafeteria meal came with a clearly used condom in it. When he tried to complain to the kitchen staff, the cafeteria chef brushed him off and claimed it was just a sausage skin. 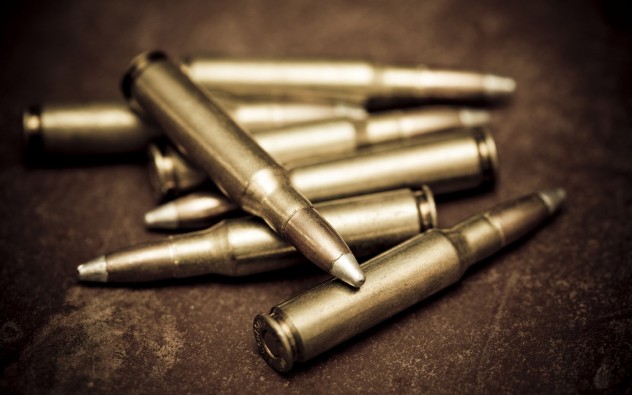 In 2004, a California woman literally bit the bullet. In fact, she bit two—and they both came from the same hot dog. She was eating a hot dog from a local Costco when she suddenly found herself chewing metal. At first, she thought her braces had come loose, but a closer inspection revealed a live 9mm bullet hiding inside the hot dog. This was not a good thing, considering that live bullets can sometimes explode from such impact.

And it gets worse: when she later visited a doctor for stomach pains, an X-ray revealed a second live round that she had swallowed without noticing. Luckily, doctors said she was in no danger and the bullet would just come out the usual way.

Perhaps the strangest thing about the incident is that no one knows how the bullets got there. The police investigated all the other hot dogs at the food court but found no further contaminations. Even the CEO of Costco said the incident is “regrettable, but difficult to understand.” 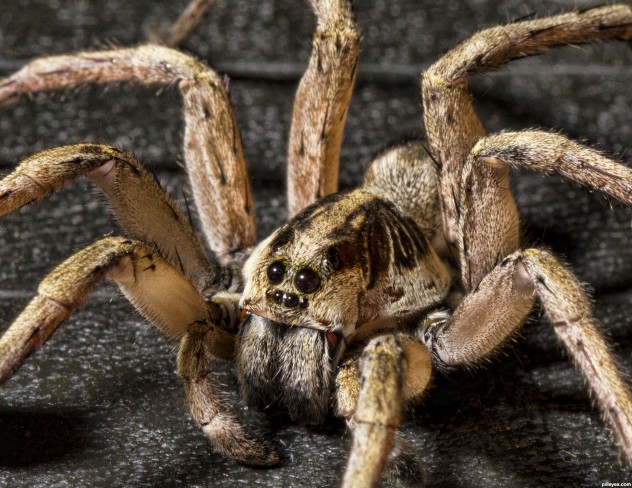 Spiders have a tendency to get almost everywhere—up to and very much including our dinner tables. In some cultures, they are actually a very welcome source of protein (when correctly prepared, spiders are said to taste quite nice). But very few people want to find an unwanted eight-legged surprise in their groceries.

Still, it’s fairly common. Spiders are often found crawling inside shipments of fruit. These spiders are usually as exotic as the fruit itself, and they can often survive the trip to the grocery store. Some of these world-traveling arachnids can be quite large and even dangerous. They are also extremely good at hiding in the fruit section, especially in bunched fruit such as bananas. A person can buy a bunch of grapes and never notice the massive, heavily pregnant wolf spider hiding in it until it starts crawling around the house. A part of this is because some companies actually use spiders (usually deadly black widows) instead of pesticides to combat crop-destroying insects.

But even if you never shop for fruit, you’re not safe from a nasty spider surprise. Just ask the woman who bought a can of Chef Boyardee ravioli—only to bite into a spider the size of a quarter that was stuffed inside one of the pasta pillows. 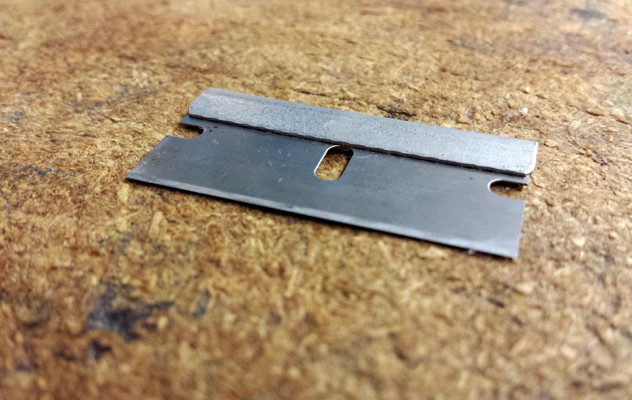 Biting into a razor blade in the middle of your meal sounds like a scene from a bad horror movie. It’s a very real danger, though: many people have experienced this horrible situation in person. Razor blades are occasionally found hiding in fast food meals. McDonalds, Burger King and (allegedly) Chipotle have all faced situations where their customers have been served razors.

This is not because some psychopath is deliberately slipping razor blades into people’s food. Some fast-food companies actually use razor blades for cleaning purposes, as they’re handy for scraping difficult corners clean. These blades are not always stored properly and sometimes loose blades are left in the food preparation area. This puts them at risk of ending up in the worst possible place—the meal of a customer. 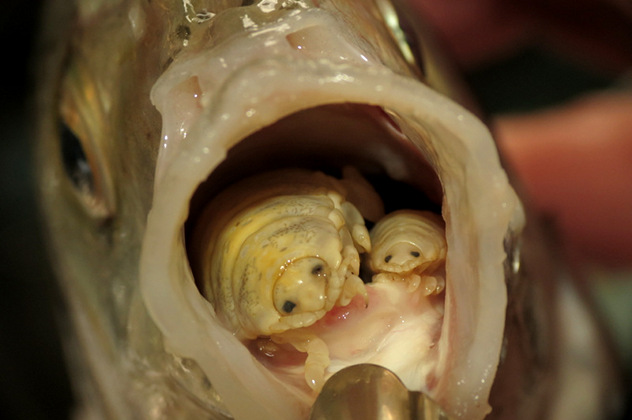 A Belfast man had the shock of his life when preparing his fish dinner. As he was cleaning the fish and shaking it upside down, its mouth opened. A strange, disgusting creature popped out like the tongue of the monster from Alien. However, the creature inside the fish was no alien. It was something even more frightening.

Cymothoa exigua (commonly known as the tongue-eating louse) is one of the worst nightmare creatures nature has to offer. It’s a small but frightening parasite that crawls into the gills of a fish and devours its tongue from within. To complete its horrifying task, it then attaches itself to the stub, effectively becoming a new tongue. The fish can use the louse in the exact same way it used its real tongue. It may never realize it now has a terrifying crustacean living in its mouth. Meanwhile, the tongue-eating louse has an easy life. All it has to do is wait for the fish to eat and then grab the best bites as they enter the mouth.

Although fish companies know to look for these parasites, sometimes they slips through the control system and end up in supermarket fish counters. So next time you buy fish, remember to check its mouth beforehand. Be careful, though: if the fish is so fresh that the parasite is still alive, it can actually bite you—just like the Alien monster’s tongue.