Human history is absurdly violent. Ever since our first ancestor clubbed a fellow caveman around the head and made off with his wife, we’ve devoted as much of our time as possible to killing, maiming and torturing each other. And worse, we continue to defend it as the right thing to do.

Augusto Pinochet was one bad dude. After overthrowing Chile’s elected government in a coup, he proceeded to set up one of the most feared regimes in Latin American history. Over the course of 15 years, his secret police engaged in an open campaign of mass rape, torture and disappearances. Special camps were set up deep in the Atacama Desert where inmates were electrocuted, beaten with chains and sexually assaulted. Thousands were executed, their remains ground down and buried in the sand. Nearly a quarter of a century later, their relatives are still looking for these fragments of bone. In short, Pinochet was a monster—and the people of the radical right are utterly enthralled by him.

See, Pinochet’s regime managed the double whammy of ousting a socialist government and introducing sweeping free-market reform. Since a violent coup and the horrific torture of 40,000 people apparently doesn’t compare to cheap point-scoring, plenty of US academics and journalists continue to defend his rule as a necessary step on the road to democracy. As the Argentine writer Ariel Dorfman pointed out, “saying Pinochet brought democracy to Chile is like saying Thatcher brought socialism to Britain.” 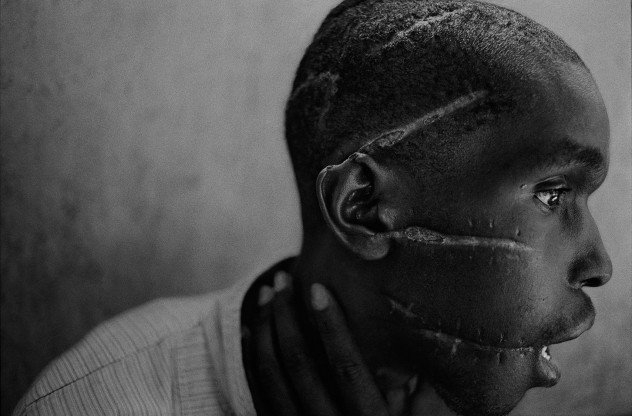 Everyone accepts that the Rwanda genocide was one of the worst atrocities of the late 20th century. So it’s no surprise that the man who brought an end to the ethnic strife—President Paul Kagame—is celebrated as a hero. Unfortunately, this hero-worship extends to ignoring his own human rights abuses.

Last year, The Guardian reported on the authoritarian streak Kagame was developing and reached some worrying conclusions. Alongside the intimidation of opposition parties and attacks on journalists, they found evidence of civilians being detained without trial and tortured with beatings, suffocation, and electrocution. Even more worryingly, they found reports of state-sponsored death squads carrying out revenge attacks on everyone from ordinary people to politicians—including the near-decapitation of an opposition party deputy. Basically, Kagame seems to be shaping up to become the next Robert Mugabe; yet people from Tony Blair to Bill Clinton continue to praise his rule, even as it drags Rwanda back toward a very dark place. 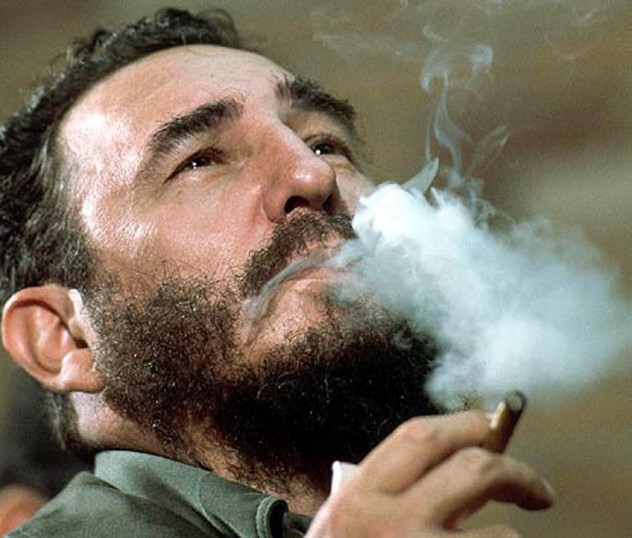 Castro is the far left’s version of Pinochet: a violent lunatic who remains unfathomably popular despite his track record of murder. And while it’s kinda fun to watch from the outside as Cuba thumbs its nose at US imperialism, the reality on the inside is a whole lot more depressing.

For starters, there’s the prevalence of prison camps that look worryingly like gulags, including one specially designed to house children. Then there’s the detention and torture of up to 100,000 people over the last 40 years. Finally, there’s the brutal oppression of gay people. Right up into the 1970s, Cuba imprisoned gay men in concentration camps without trial or appeal. Often they were forced to undergo a process of “re-education”—a code word that more-or-less translates to an attempt to torture them straight. In other words, it was a bad time to be openly gay; it wasn’t until 2010 that the victims received so much as an apology.

In 1965, Indonesian paramilitaries embarked on one of the bloodiest peacetime genocides in history. Over the course of a year, 500,000 suspected communists were rounded up and murdered—beaten to death, strangled with wire, or knifed and dumped by the roadside. Although the killings were theoretically political, in practice they were a smokescreen for the slaughter of emigrant Chinese families. Entire villages were burnt down; children were forced to watch as their parents were garroted, and girls as young as 14 were brutally gang-raped. So, with that in mind, how do you think these killers are currently seen in their home country?

They’re regarded as heroes. Across the whole of Indonesian society, the rebranded death squads attract tens of thousands to their fascist marches; have members in high levels of government and are publicly lauded for finding “humane” ways of exterminating Communists. Almost no one challenges this official version of events, and mass murderers walk around freely, respected for their role in the genocide—a state of events that may well be contributing to yet another round of ethnic cleansing currently being undertaken. 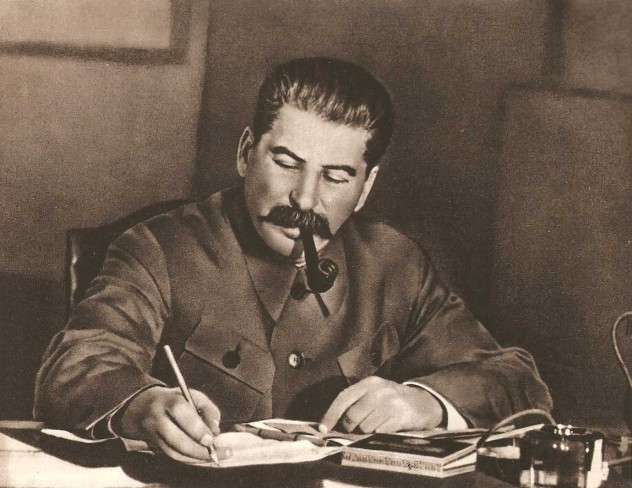 Living in the West, it seems laughable that even the most staunch Communist would defend Stalin. After all, the guy killed more people than Hitler, set up the most vicious secret police the world has ever known, and opened the door to other psychopaths like Ceausescu and Lukashenko. He also engineered the famine that left three million Ukrainians dead—so it can come as a surprise to learn that his most vigorous defenders are Ukrainian natives.

In 2010, the Ukrainian city of Zaporizhia commissioned a new statue of Stalin for their town square. Read that again and let the true extent of its madness sink in. The people of a nation that Stalin expressly set out to eliminate honored his memory not by burning effigies of him, but by erecting statues. As insanity goes, that’s right up there with renaming December 7 “Emperor Hirohito Appreciation Day.” But Ukraine’s love affair with Stalin goes beyond statues to even using him to advertise utility companies. It sounds crazy, and that’s because it totally is.

5The Firebombing Of Germany 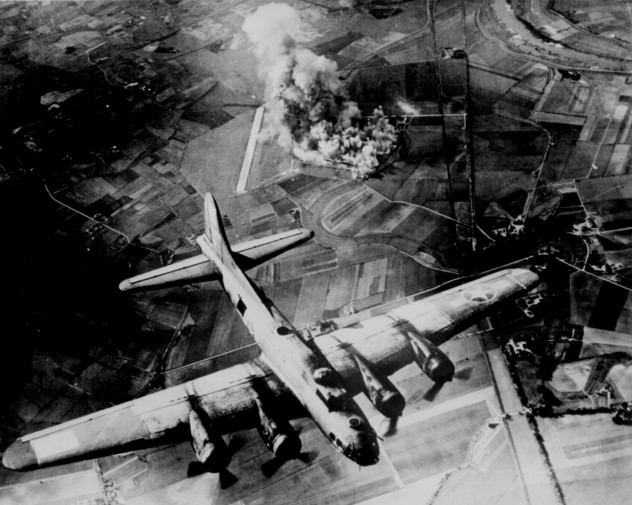 By any sane measure, the firebombing of Germany was deeply immoral. For three years, the Allies rained incendiary death down on civilian targets, killing nearly six times as many people as the Hiroshima and Nagasaki bombings combined.

Take the bombing of Dresden: aside from one or two industrial areas, the city contained almost no military targets. What it did contain was hundreds of thousands of refugees, thousands of whom suffocated in the attack. At Hamburg, 50,000 people were wiped out in one night; while other towns of no strategic value were completely annihilated. And you better believe it was brutal. Survivors reported climbing over mountains of corpses, bodies melted into the tarmac roads by the intense heat, and shell-shocked mothers carrying the remains of their dead children in suitcases. In short, the human cost of the campaign was so high that even Churchill was disgusted by it—yet there are people out there who still claim the attacks were justified as just a part of winning the war. 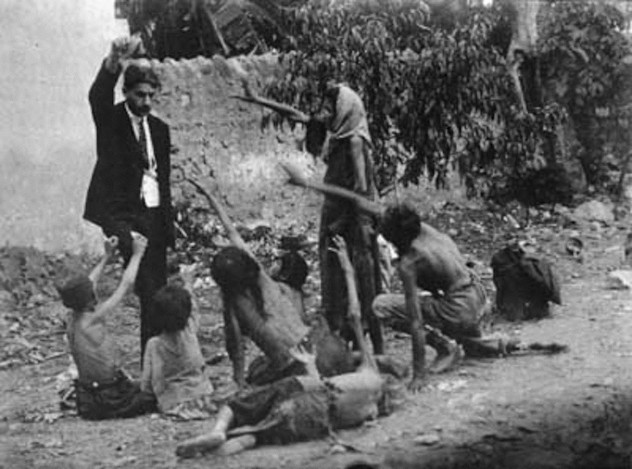 In 1915, the Turkish army systematically rounded up and exterminated 1.5 million Armenians, using methods that would later find fame in the corridors of Auschwitz. Women and children were sent on long death marches into the Syrian Desert without food, water, or shelter. Others were taken to camps and worked to death, while even more were executed and dumped in mass graves. Most horrific of all, though, was the Turkish penchant for using smoke-filled caves as a primitive form of gas chamber. The effect of these policies was instantaneous and depressing: from two million in 1914, the Armenian population dropped to just 400,000 by 1922.

It was, by any imaginable definition, genocide, but despite all this, the federal government has never explicitly recognized it as such. The Turkish government, meanwhile, claims it was an unfortunate side effect of World War I—a bit like if Germany claimed the Holocaust was a “misunderstanding.” And if there’s one thing we should never willingly allow our leaders to do, it’s downplay a tragedy of this scale. 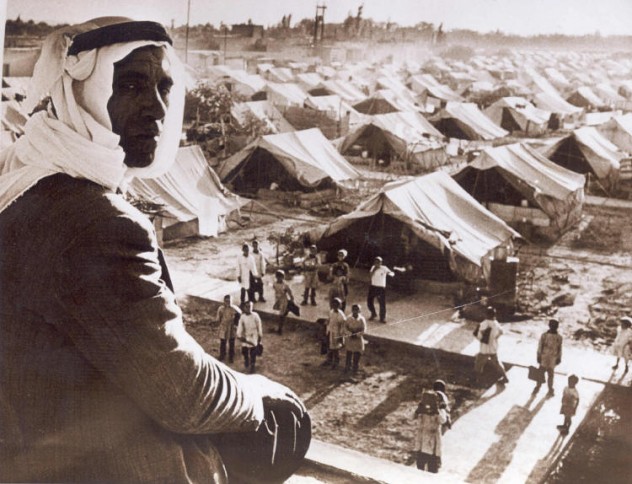 In 1982, the Israeli army opened the gates of a Palestinian refugee camp and quietly allowed Lebanese paramilitaries inside. What followed was a massacre. The Lebanese troops went from house to house armed with axes and raped and dismembered at least 800 women and children while Israeli flares shot overhead, flushing the Palestinians out of their hiding places. Like so much on this list, it was a hideous atrocity, a preventable bit of psychosis that was found to be the responsibility of one man: Ariel Sharon.

As defense minister, he allowed the paramilitaries into the compound. At the time, he was quoted as saying “terrorists” needed “mopping up,” and telling the American envoy, “If you don’t want the Lebanese to kill them, we will kill them.” All of this is well-documented historical fact. Yet there are people who continue to airbrush this part of Sharon’s legacy—despite the Israeli Kahan Commission finding him responsible, despite Sharon himself privately admitting he could be prosecuted for genocide. Look, I get that Sharon later did some good stuff for Israel, but that shouldn’t be an excuse to ignore his obvious psychopathy—or the deaths of 800 innocent women and children. 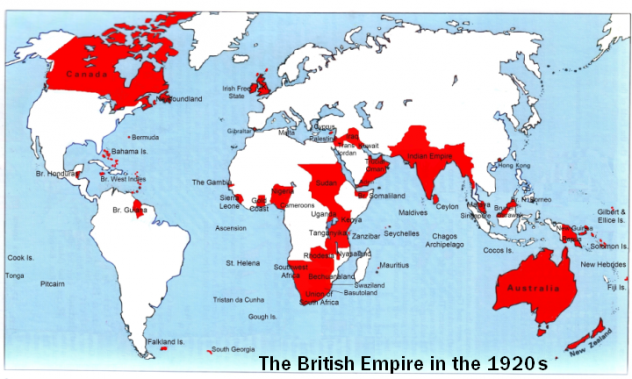 As the leading superpower of the Victorian age, the British Empire accomplished some incredible stuff. Technology, science, literature, and engineering for example, as well as genocide, bloodthirsty repression, and murder.

Take the Irish famine. What started out as an ordinary disaster soon transformed into a slaughter as the British implemented brutal free-market reforms that resulted in the Irish being effectively worked to death. In India, the colonial government engaged in routine massacres, including the murder of 1,500 peaceful protestors in Amritsar. When Pakistan was created in 1947, it led to a wave of sectarian violence that left nearly half a million dead—but even these brutal mismanagements don’t compare to the worst abuses.

During the Kenyan Mau Mau uprising, the colonial police beat, castrated, and burned prisoners alive. Rape of suspects, including with broken glass, was routine. In the Yemeni port of Aden, a secret torture center was operated for years, while authorities in Botswana drew up plans to test a batch of lethal toxic gas over the country. Basically, colonial Britain was nothing short of a one-stop murder factory—yet people insist on viewing it with a sort of misty-eyed nostalgia. 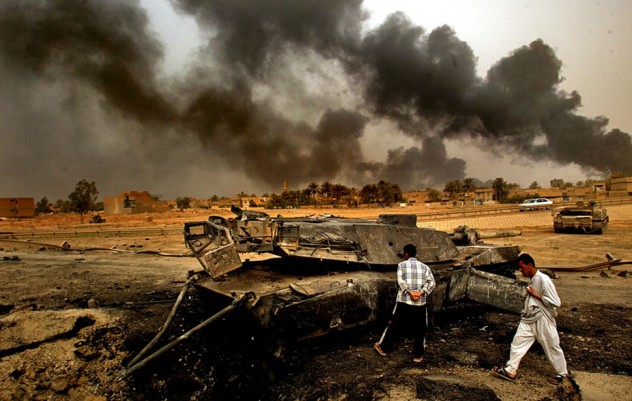 It’s now accepted that the Iraq War was nothing short of a total disaster: mass civilian casualties, no weapons of mass destruction found, and a country that remains a shattered ruin to this day. But hey, that’s war right? Civilian casualties are to be expected. Only these weren’t just accidents: by almost every measure, they were war crimes.

From the murder of two journalists to the slaughter of surrendering insurgents, almost every record of the conflict shows a litany of horrific abuses. Prisoners handed over for torture; American “rape squads” stalking villages, abusing and murdering teenage girls; civilians gunned down at checkpoints; and helicopter “gun runs” over peaceful neighborhoods that saw the murder of dozens of innocent people. Almost none of these crimes have been accounted for, no apology given or compensation paid out. To this day, people describe the invasion as a “humanitarian mission” without a hint of irony. And now we’re aggressively prosecuting the guy who brought all this to light. If that’s our definition of “humanitarian,” we’ve got a heck of a long way to go.