Love it or hate it, marijuana has been a large part of society since ancient times. And in its five-thousand-year history, the plant has been a part of some strange events, inventions, and discoveries. Take a look at ten of the most bizarre times when marijuana showed up in history. 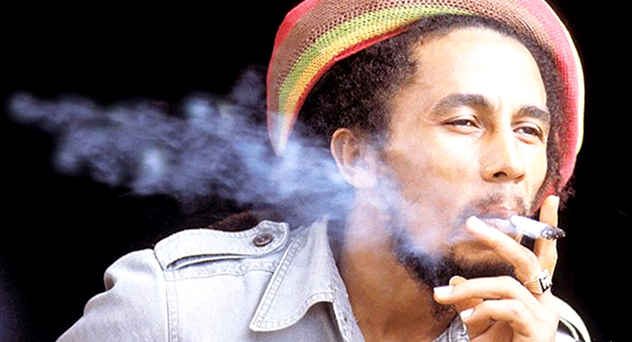 In May of 1981, this famous Jamaican singer was buried in Kingston with three things: his prized red guitar, his Bible, and a whole sprig of marijuana,[1] which Jamaicans call “ganja.” The story goes that this herbal decoration was not originally intended to be part of his burial, but that his wife snuck it into the coffin during the funeral and no one had the heart to take it out.

This tradition of Bob Marley being connected to weed traces back throughout his life and forward to his legacy. In life, Marley was known for his love of the weed, famously saying, “Herb is the healing of a nation, alcohol is the destruction.” And even after his death, his support of the plant has continued, with a controversial yet wildly successful new marijuana company called “Marley Natural” taking on his name and his mission of making the plant legal.

9The United States Military during the Cold War 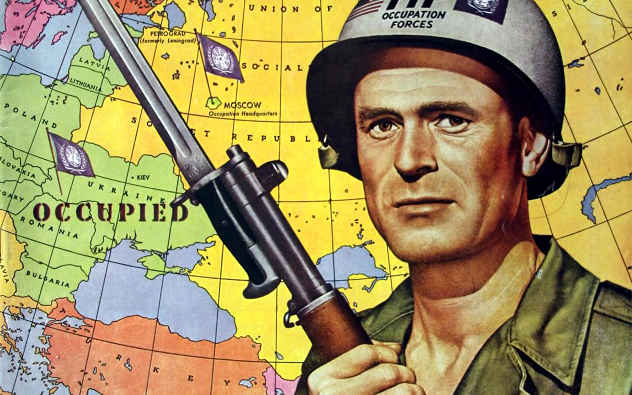 From 1950 to 1975, the US Military took on a top-secret project to expose soldiers to different chemicals and measure the results.[2] Think Captain America but far less successful. Today, the only reason we know about these Edgewood-Aberdeen Experiments are records provided by the US Department of Veterans Affairs; at the time, they were kept in complete secrecy, for obvious reasons.

One of the most potent chemicals tested at the site was dimethylheptylpyran, known as DMHP for short, which was invented in 1949 and tested in the subsequent years. It was eventually declared illegal in 1982 under the international laws of the United Nations due to its striking similarities to marijuana and other cannabis varieties. In fact, the chemical was intended to be a synthetic THC replacement but much stronger—so strong that today it is classified as a “Schedule 1” drug, the most restrictive category in the United States. Just one milligram of the substance can affect soldiers, whose high metabolism usually weakens the effect of most drugs, for up to three days.

8Bhutanese Pig Slop in the 90s 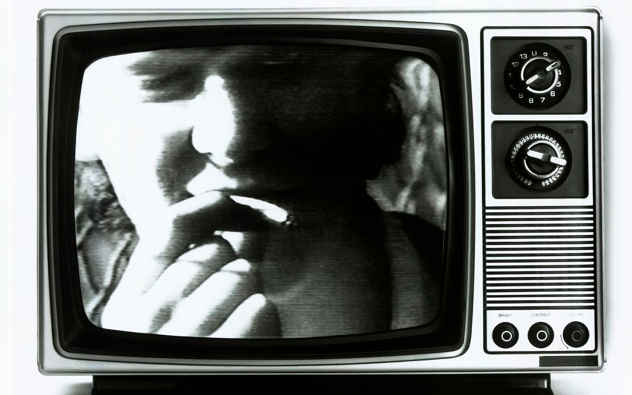 In 1999, Bhutan was the last nation in the world to gain access to television, and even by the mid-2000s, only 30 percent of people had adopted the new TV trend. But oddly enough, this exposure to television still radically changed the country’s drug culture, which was virtually nonexistent before.

Marijuana flourishes in Bhutan’s climate, and you can find it growing naturally on basically any plot of land. But before 1999, the Bhutanese people only used the plant as an ingredient in pig feed and left the vast majority of the supply alone.[3] After the dawn of the television age, however, people started to take the plant out of their pig feed and save it for themselves, influenced by its uses in the media. Today, marijuana culture has blossomed to an all-time high, and the Bhutanese police are struggling to keep up with all of the illegal marijuana transactions. 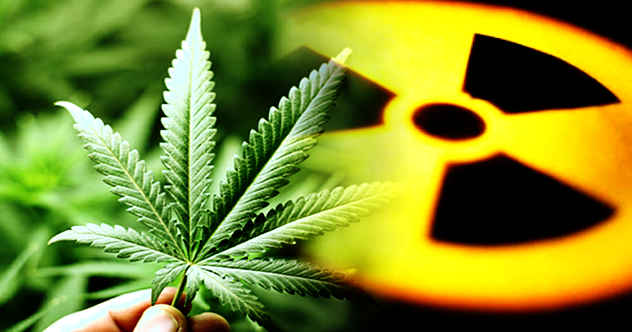 Phytoremediation is the science of using plants to clean up contamination. Certain plants, grown in a grid pattern, can suck the harmful contaminants out of the soil and convert them into their own energy source. Often times, disaster recovery companies use this technique on the outskirts of a disaster zone, where concentration levels are low, and heavy machinery will be too destructive to the ecosystem.

After the Chernobyl incident in 1986, scientists noticed that the radiation from the disaster had spread into the surrounding rural areas and had contaminated the soil. To combat this, they employed the process of phytoremediation.[4] But since typical plants were not strong enough to clean up the vast amounts of damage, the Ukraine’s Institute of Bast Crops decided to plant cannabis on the site.

A study from Colorado State University explains that marijuana was a logical choice in this situation because of its short growing season, uncanny ability to absorb chemicals, and eight-foot-long roots that reach deep into contaminated soil. 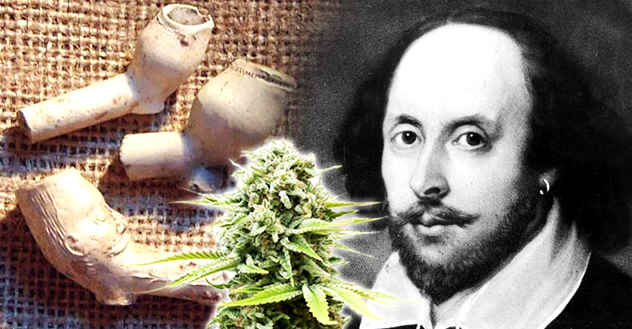 Many Shakespeare scholars see blatant drug references in some of his poetic works, such as Sonnet 76 which talks about “a noted weed” and a “compound strange.” But until recently, a real-life link between Shakespeare and cannabis had not been discovered.

That all changed when a team of South African scientists decided to study 24 fragments from his pipe and test their chemical properties. After using gas chromatography on each fragment, they discovered that eight pieces had remnants of cannabis.[5] And interestingly, much of this marijuana was traced back to Shakespeare’s own garden.

The same study predicts that in the coming years, there will be more excavations proving that smoking a variety of plants was quite common among men of Shakespeare’s stature. But so far, the pipes from Shakespeare’s garden are the only ones that have been identified as having links to cannabis. 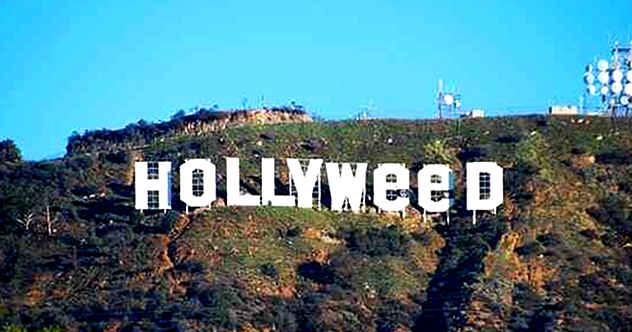 Earlier this year, one man’s prank became national news. Using curtains to modify the letters, 30-year-old Zachary Fernandez changed the Hollywood sign to read “Hollyweed” in an effort to “bring positivity into the world.”[6] He has since been arrested on charges of misdemeanor and vandalism.

But what most people do not know is that Fernandez intended this as an homage, not a prank. In 1976, prankster Danny Finegood modified the Hollywood sign in the same way in response to the recent passage of more permissive laws regarding marijuana in California.

As a matter of fact, California’s marijuana laws have gone between “Hollywood” and “Hollyweed” several times in its history. The call to make cannabis illegal actually came from California first, with white citizens claiming that Hispanic immigrants were committing crimes due to the crop’s influence. But ironically, California was also the first state to make medical marijuana legal in 1996, and today its views on the plant remain liberal. 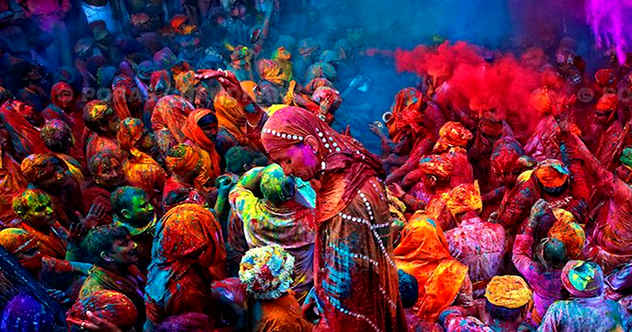 Holi is an annual religious tradition in India that celebrates the arrival of spring. One of the most well-known traditions from the festival is the throwing of colored pigments to represent fertility and new beginnings. Aside from this event, Holi contains thousands more religious traditions that have been passed down through time.

One of these important Holi traditions that most Westerners do not know about is “bhang.” This compound, made from crushing the buds of cannabis plants, is the main ingredient in Thandai, the religious alternative to alcohol.[7] Even in ancient times, the people of India recognized marijuana’s effect on behavior and made Thandai the official drink of the festival so people would become more engaged in the celebration. It also doubles as a way to get friends and family together, since the process of making bhang requires many people to crush the plant into the right size. Today, the connection between Holi and bhang still exists, even though cannabis is technically illegal in India. 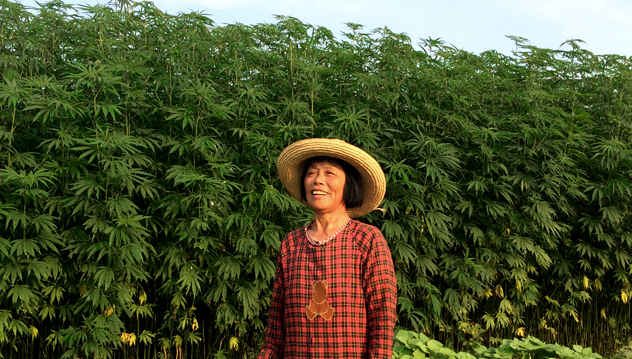 Marijuana’s history starts in China, where it was first cultivated somewhere around 5000 B.C. By 2000 B.C., the hemp variety of the plant had become the main source of material for Chinese textiles. For thousands of years after that, Chinese farmers sold their hemp fabrics throughout the world, and hemp-based textiles were one of the main products that contributed to the popularity of China’s “Silk Road.”

Up until recent times, this hemp fabric has been welcomed in other parts of the world. But with new restrictions on the international selling of hemp, Chinese scientists were forced to adapt their ancient textile to modern standards. Out of this innovation, seven new varieties of hemp fabric were born, named Yunma 1-7.[8] They all meet the international standards for cannabis content while still retaining the properties and texture of original hemp fabric. As of right now, these fabrics are being legally bought and sold all over the world.

2A Rastafari Temple in Italy 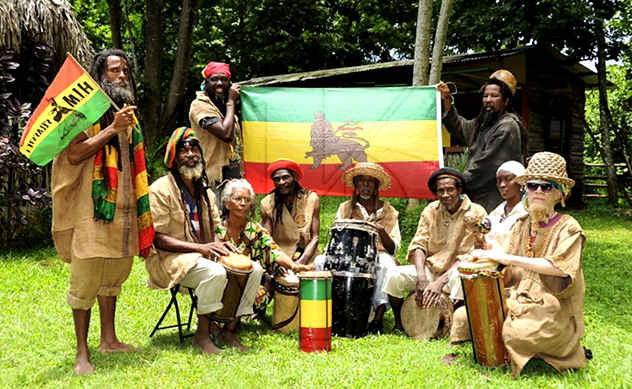 Owning large quantities of marijuana is illegal in Italy. That is, for everyone except Rastafarians. Rastafari is a black liberation religious movement that began in Jamaica in the 1930s based on a prophecy by Marcus Garvey, and today, at least ten percent of Jamaicans claim to be members of the religion.

One of their fundamental sacraments is the smoking of pot, which works well in Jamaica where the herb is mainly legal and widely celebrated. But in Italy, where the population is predominately Roman Catholic, and the plant is less permissible, one Rastafarian’s possession of large amounts of marijuana—enough to roll 70 cigarettes—seemed suspicious to law enforcement. The jazz musician in question was eventually handed a sentence of 16 months in prison.

But the few Rastafarians of the community raised an issue with this ruling. In response, Italy’s Court of Cassation re-examined the case in July of 2008 and determined that Rastafarians are exempt from this law.[9] So if you are considering smoking weed in Italy, try attending a Rastafari temple. 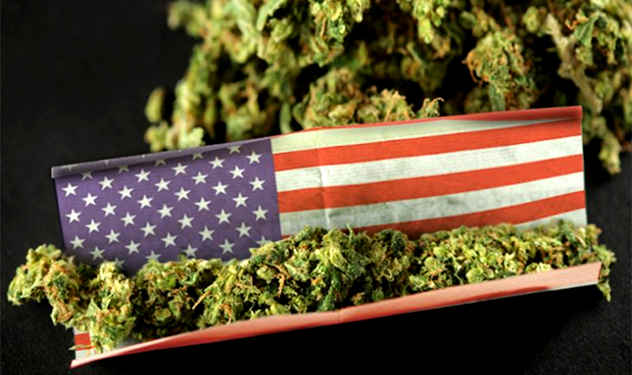 In 1971, the first item ever sold on the Internet was marijuana.[10] The sale, consisting of an undetermined amount of the plant, occurred between two college students, one from MIT and one from Stanford. At the time, these two colleges would have been some of the only places to have Internet access at all, which makes this sale particularly noteworthy and rare.

Technically, this transaction did not occur on the Internet as we know it today. In 1971 when this sale took place, a system called ARPANET was in place, which was the grandfather of today’s World Wide Web. But the two systems were so similar that ARPANET’s founder, Leonard Kleinrock, is also credited with creating the Internet itself. Because of this strong connection, this event is widely regarded as the first Internet sale even though it took place on ARPANET technology.

Sydney Sauer is a part-time content writer and full-time student.

Read more about marijuana on Top 10 Common Myths About Cannabis and 10 Stinky Facts About Marijuana.