While many plants generously display their flowers every year and throughout entire seasons, others take their sweet time in showing off their blooms. Some hold back for years and even centuries before blossoming, which makes seeing the event a once-in-a-lifetime experience. 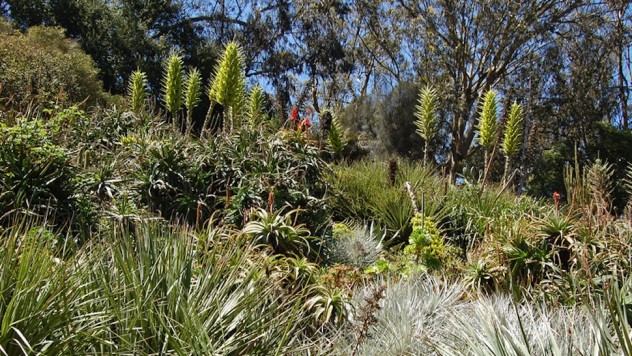 This plant isn’t called the sheep eater for nothing—it’s actually an animal killer! It produces monstrous, three-meter (9.8 ft) shoots with mace-like flowers that ensnare sheep and other animals. The animals get caught in the spikes and eventually die of starvation or exposure. Some believe the sheep eater (technically known as Puya chilensis) developed this habit in order to use the rotting corpses for nutrients.

And if you’re thinking this plant would be a great way to keep dogs off your lawn, you may want to reconsider, as it’s difficult to grow and takes 15 to 20 years to flower. 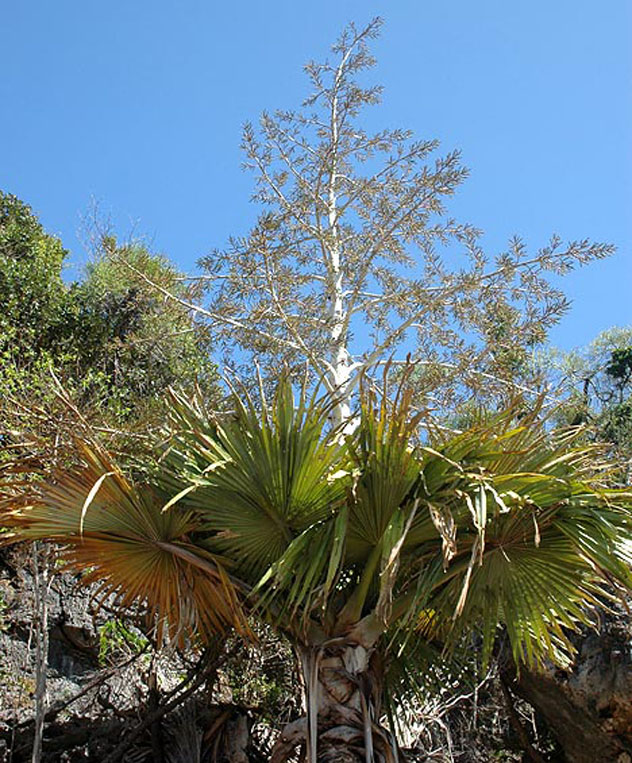 The Madagascar palm (Tahina spectabilis) grows to enormous proportions, dies after fruiting, and flowers only once—after 100 years. What makes this tree especially unique is it was only discovered in 2008. Before then, it apparently flowered so rarely, nobody noticed it was different from the other palms. The tree has surprisingly similar characteristics to palms found in Asia (around 6,000 kilometers—3,700 miles—away), which leads some scientists to believe the palms have existed on Madagascar since it detached from India 80 million years ago.

While thousands of seeds were collected after discovering the tree, and a handful of those were sent to botanical gardens, there are fewer than 100 Madagascar palms in existence. 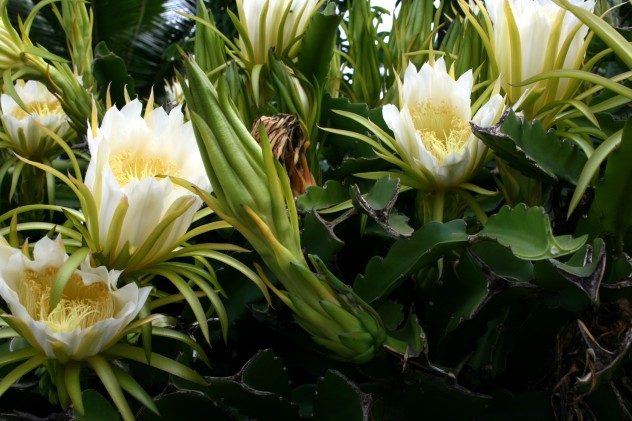 Compared to the other plants on this list, the night-blooming cereus (Selenicereus grandiflorus) is practically speedy in its habit of flowering after a single year of growth. Even so, catching a glimpse of this cactus’s flower is still a little tricky since it predominantly grows in the Sonoran and Chihuahuan deserts and only comes out at night.

Despite its attractive white and yellow flowers, the cactus is somewhat intimidating, with its long, tentacular stems that wrap around anything nearby. And considering it can grow up to 12 meters (39 ft) in length, there’s probably not much this spiky plant couldn’t envelop. 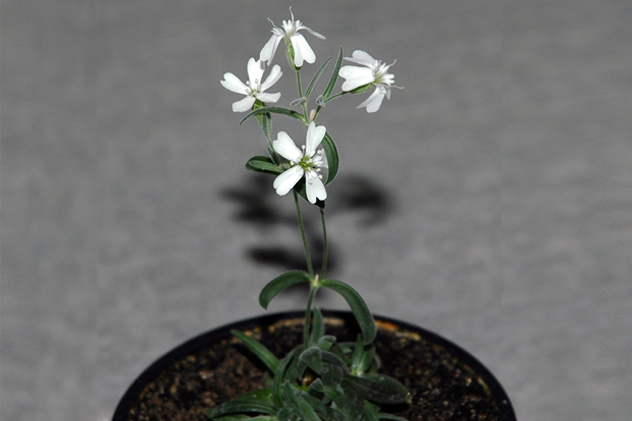 So, what was the hold up? As it turns out, the plant was stuck in seed form in the Siberian permafrost since the Ice Age. Biologists found it in a fossilized squirrel burrow and, after radiocarbon dating it at 31,800 years old, resurrected it with growth hormones. The Ice Age plant looks remarkably similar to modern versions of Silene stenophylla, with only minor differences in the seeds, roots, and buds.

The scientists found hundreds of thousands of other well-preserved seeds and nuts in the burrow and are eager to see what additional prehistoric treasures the melting ground reveals. Nonetheless, the excitement around the findings is somewhat dampened, since the thawing permafrost is a constant reminder of climate change. 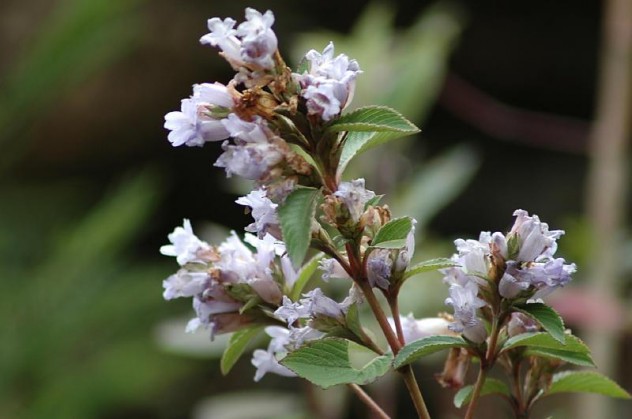 When the kurinji bush blooms, it has a profuse display of violet and blue flowers that cover the entire plant. It beautifully decorates mountainsides in the Western Ghats of South India, and the sight is so spectacular that the Nilgiri Mountain Range (which translates to “blue mountains”) was named after the phenomenon. Unfortunately, the kurinji is stingy in displaying its bountiful flowers and only blooms once every 12 years. However, it flowers on a reliable cycle, and it is said that the native Paliyan tribes used the plant to keep track of their ages.

Sadly, the kurinji is threatened because of building developers, although conservation groups are working to protect this unique plant. 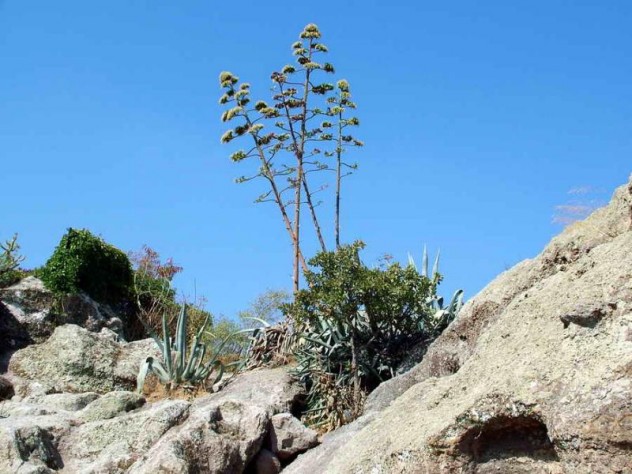 Although it’s sometimes referred to as the “century plant,” the Agave americana really takes around 10 years to bloom. It is a common ornamental plant grown throughout the world, and chances are you’ve seen it growing in a garden or in someone’s yard. In fact, you may have mistaken it for an aloe plant because, except when the agave is flowering, the two plants look quite similar. However, when in bloom, it looks like nothing you’ve ever seen (except maybe in a Dr. Seuss book), as it sends up a tall, eight-meter (26 ft) high spike with offshoots of yellow, clumped flowers.

Besides looking cool, Agave americana is also grown for food, antiseptics, and juice.

4 Queen Of The Andes 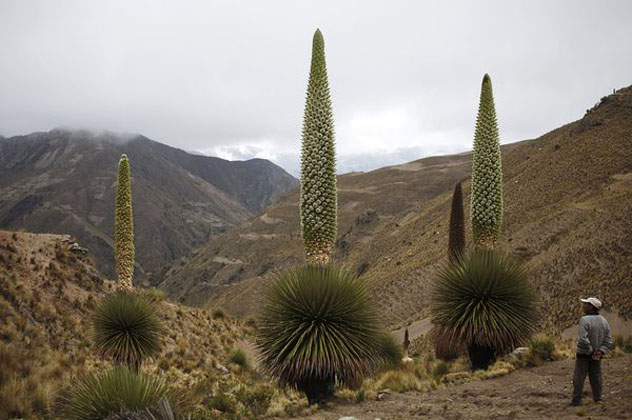 The Queen of the Andes (Puya raimondii) always dwarfs other Andean vegetation, but when it finally flowers (after 80 to 150 years), it soars to 12 meters (39 ft) in height and truly looks like a super flora. Amazingly, it grows to such lengths in regions with harsh conditions and at very high altitudes, where it seems impossible for any plant to thrive.

When in bloom, the Queen of the Andes produces a towering, seed-bearing spike on which thousands of white, green, and purple flowers grow. Once the spike drops its millions of seeds, the plant dies.

Due to cattle grazing, burning, and other factors, populations of this plant are diminishing throughout Peru and Bolivia. 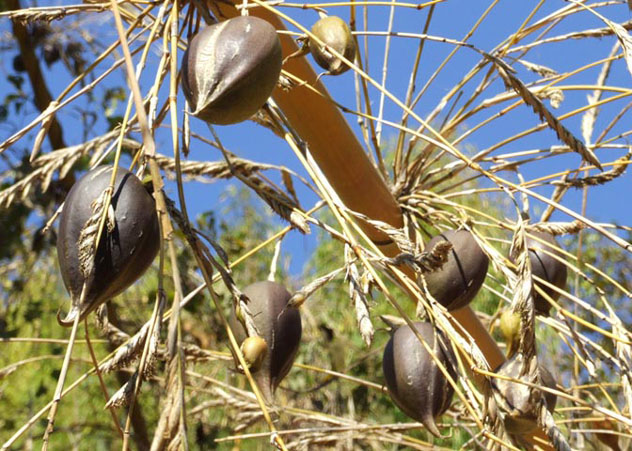 Melocanna baciffera is a type of bamboo that makes up a large portion of the bamboo stock in India. It only flowers every 44 to 48 years, and undoubtedly, locals wish the interval was even longer. Why do they dread a bursting of flowers and a replenishment of seeds? Well, attached to those flowers are large fruits containing copious amounts of rodent-attracting seeds. So what should be a gorgeous spectacle of nature at her finest turns into an invasion of black rats. It’s so severe that the Indians have even created a name for the event—the Mautam.

Besides being annoying disease spreaders, the rats are causing another serious problem: famine. This is because, while helping themselves to the bamboo seeds, they also decimate the people’s grain stores. 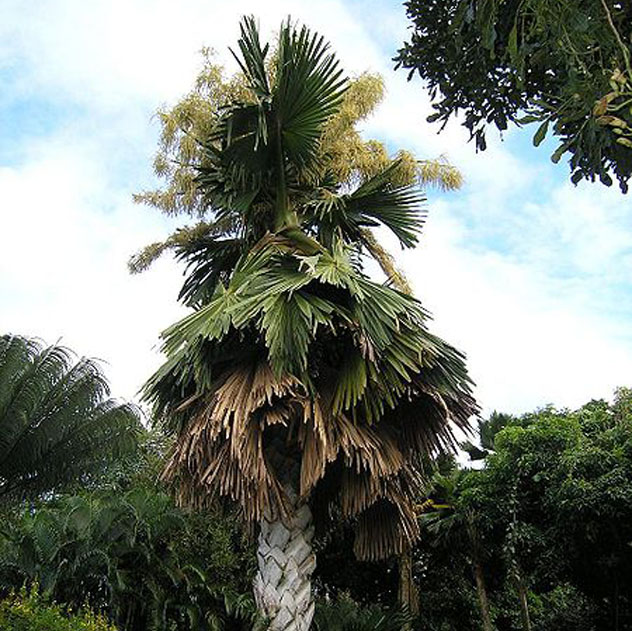 The talipot palm is another gargantuan plant (compared to other palms), which grows up to 25 meters (82 ft) high and has a one-meter-thick trunk. Also, its branched inflorescence is a remarkable six to eight meters (19 to 26 ft) tall—the largest of any plant. It takes extreme patience to see this tree in bloom, as it only flowers once when it is 30 to 80 years old. However, seeing the bloom is somewhat bittersweet, as it means the palm’s life is coming to an end. It expends all of its built-up energy to produce golf ball-sized fruit, which rain down by the hundreds of thousands just before the palm dies.

The talipot is the national tree of Sri Lanka and is harvested for a variety of goods, including timber, thatch, and buttons (made from the seeds). 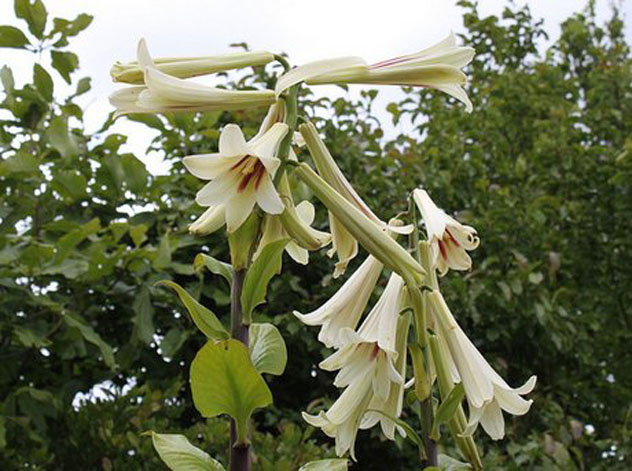 The Himalayas in general seem to have a magical quality, and the giant Himalayan lily (Cardiocrinum giganteum) that makes its home there is no exception. For most of its life, it exists as an unassuming clump of glossy leaves, but after five to seven years, it mysteriously sprouts up to three meters (9.8 feet) and produces a gift of delicate, trumpet-shaped flowers.

It is the largest of all types of lilies and grows naturally in high elevations from northern India to Japan. However, explorers discovered the flower in the mid-1800s, and ever since, long-suffering gardeners have had success growing this plant in a variety of climates.