The ancient world was home to a huge variety of religions and belief systems. Most have faded away, their temples and statues vanished or half-sunk in the desert sand, their gods barely remembered. The religions on this list were all founded before most of the main religions of today (Christianity, Hinduism, Islam) and most of them have completely died out—although some are being revived by new practitioners. 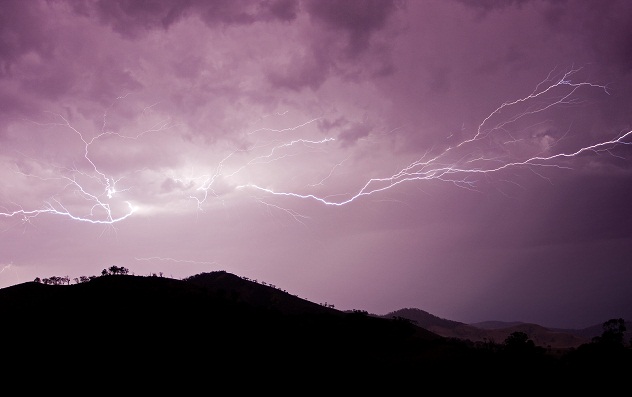 A polytheistic religion without a name, Finnish paganism was the indigenous religion of Finland until it was Christianized. Evolving from shamanism, it shared a number of features, including ancestor veneration, with neighboring religions. The Finns also put great stock in the power of words and thought that both animate and inanimate objects had souls. Finnish pagans were intertwined with nature and they thought the world was created from the egg of a diving duck.

The main god of the religion was Ukko, the sky and thunder god, and his feast day, held on April 4, was one of the most important dates in their calendar. He shared a few common traits with the Norse god Thor, namely a magic hammer, and thunderstorms were said to be caused when Ukko slept with his wife Akka. In a weird twist for such a manly god, Ukko’s sacred animal was said to be the ladybug, and it was known as “Ukko’s cow.” 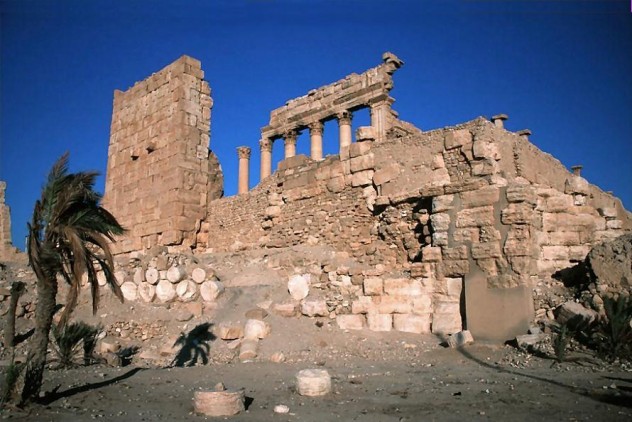 Also unnamed, this was the religion of the Canaanites, natives of the area between the Mediterranean Sea and the Jordan River. For thousands of years, the only evidence we had of their religion was from the Torah and the Bible, where they are a constant enemy of the Israelites. However, between 1927 and 1937, a number of Canaanite tablets were discovered on the northern coast of Syria. It was a polytheistic religion with a number of deities, the most prominent among them being El, the supreme deity, and Baal, his son and the god of thunder and rain.

One of the most popular myths was of a fight between Baal and Mot, the god of death. Baal challenges Mot and is easily overpowered, leading to a drought. All of the other gods, led by El, band together to free Baal. Anat, the virgin goddess of war, ends up going to the Underworld, slaying Mot, and freeing Baal. Influenced by a number of neighboring sects, it was slowly eroded by Israelite conquests and religious pressure, until it vanished altogether. 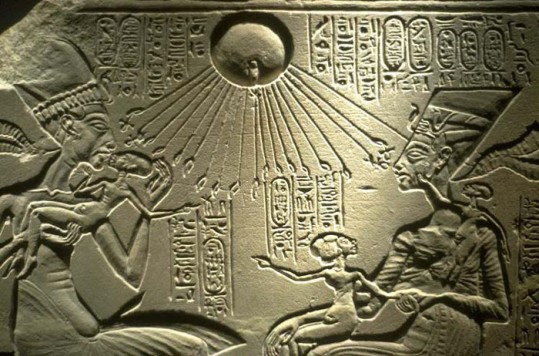 Introduced by Pharoah Akhenaten (also known as Amenhotep IV) of Egypt, Atenism was a monotheistic religion which was designated the official religion of Egypt during his reign (after he died, the old beliefs were gradually brought back). Aten was an obscure Egyptian god and the traditional name for the sun-disk itself. At first, Atenism was accepting of the other Egyptian deities but, over time, they were all rejected.

Because of its restrictive nature (only Akhenaten could talk to Aten), ordinary Egyptians retained most of their old beliefs, which made the transition after his death much easier. Tablets found in the early 20th century stated that Akhenaten had become more and more obsessed with his new religion, especially after the death of his beloved wife, Queen Nefertiti. He was also the father of Tutankhamun, who changed his name from Tutankhaten after pressure from priests. A number of hymns were produced during the reign of Akhenaten, one of which bears a slight resemblance to Psalm 104.

Yet another polytheistic religion without a name, this was the religion of the Minoan inhabitants of Crete. It was very much in touch with nature, as bull masks and horns have been found during various excavations. There is even evidence that indicates the ancient Minoans may have had contests which resembled our modern-day rodeos, in which they tried to chase down a bull and ride it. Like many ancient religions, there was no centralized text and much of the information we have is derived from cave paintings and various archaeological discoveries on the island.

The main Minoan deity was actually a female nature goddess, making this one of the few matriarchal religions (there were some male deities but they were usually smaller than the female deities, and may have not been gods at all). In addition to the bull, snakes and double-headed axes played integral parts in rites. During recent excavations, evidence has been found which seems to imply they participated in human sacrifice—perhaps giving rise to the myth of Theseus and the Minotaur. 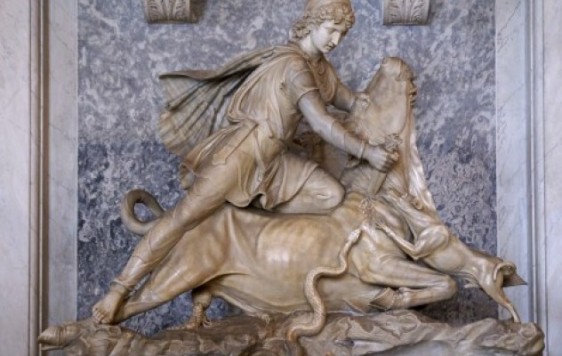 Mithraism was brought to Europe from its Persian roots after Alexander the Great’s conquests. Extremely popular among Roman soldiers, it became one of the ancient Roman mystery cults, religious sects which were restricted to initiates and were generally quite secretive. Mithras, as he was known to the Romans, was the Persian god of the sun, or at least the airy light between heaven and earth. There is not much surviving text about Mithraism, least of all a central holy book, which may never have existed. Most of what we know about the religion comes from the ruins of its temples. These were commonly located underground and were cheaply constructed, as the followers preferred to make a new temple whenever the old one wore out.

A detail which separates Roman worship of Mithras from the Persian god is that he is often shown slaying a bull, which has led to a lot of confusion among archaeologists. One of the most important dates in their calendar was December 25, which was recognized as Mithras’ birthday. Because of this, and a few other details, some people believe parts of Christianity may have evolved from this religion, although it is very hard to prove. 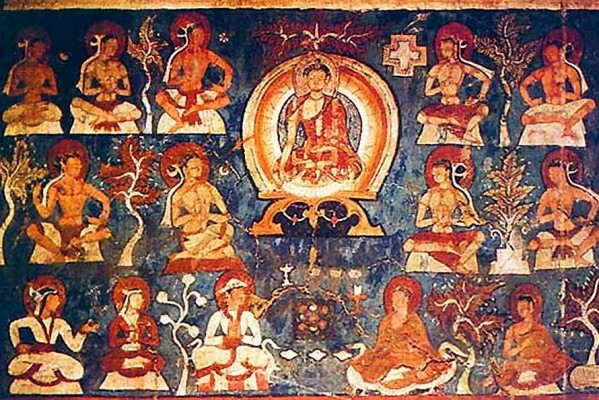 Founded in the third century A.D. by a Persian man named Mani, Manichaeism was originally viewed as a heretical Christian sect, but has since been recognized as its own religion. Its founder claimed he was bringing together all the world’s religions, including Zoroastrianism, Buddhism, and Christianity. In fact, quite a few apocryphal Christian writings would have been lost had it not been for the Manichaeans. Focused on the difference between good and evil, Manichaeism was known for having knowledge as its road to salvation. The highest adherents to the religion were known as the “Elect” or the “Perfect” and resembled Buddhist monks, although they were required to be nomadic.

Its followers were great missionaries, spreading Mani’s influence across the globe, until it lost its popularity in the Middle Ages. Much of their downfall was related to the many persecutions they suffered at the hands of the Chinese government, the ancient Roman government, or the Catholic Church. The greatest myth of Manichaeism is perhaps their creation myth which describes a battle waged between the World of Light and the World of Darkness, which began as two separate realms. Adam and Eve were said to have been created by the evil beings, while Jesus and Mani were said to have been created by the good beings, in order to reveal true spirituality to the human race. Many of Mani’s writings have been lost, but portions have recently been discovered. 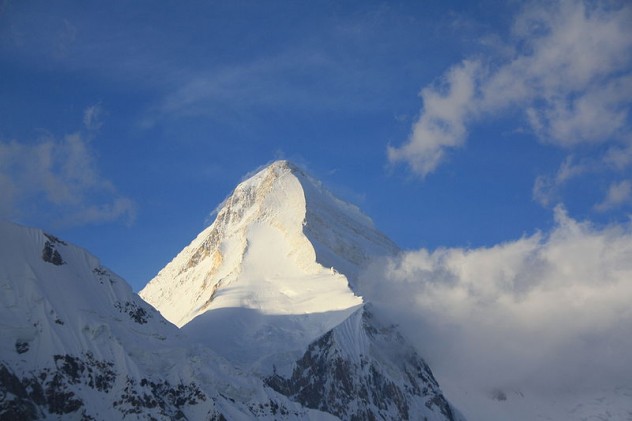 One of the oldest religions in the world, Tengriism is said to have originated sometime in the Bronze Age (between 3600 and 1200 B.C.). Developed by the people of the Altai Mountains in Central Asia, it is a monotheistic religion with heavy elements of ancestor worship. There is no holy book as in other religions and much of the early belief system has fallen out of our collective knowledge. However, it is believed the Huns of the Northern Caucasus may have worshiped a god named Tengri, to whom they were said to have sacrificed horses.

There are a number of close similarities with Christian traditions (as is the case with a lot of “pagan” religions). The most important holiday is known as the Tengrian Epiphany and takes place on December 23. The bulk of that tradition dates back to the fifth century A.D. and involves bringing home a Yule tree and decorating it. While it fell out of popularity during the Mongol era, Tengriism is still practiced to this day—there are even politicians in Kyrgyzstan who are trying to make it the official state religion. 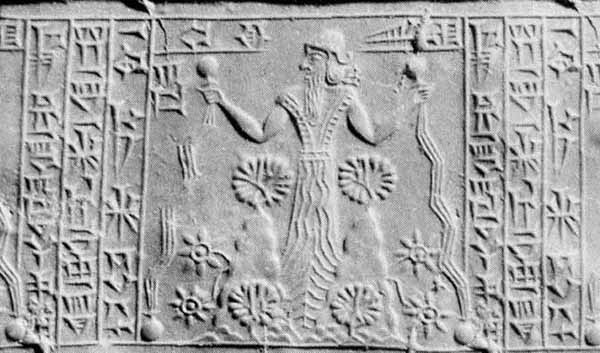 The national cult of the Assyrian people, Ashurism was nearly identical to the older Babylonian religion but with one major difference: Instead of worshiping Marduk as the supreme deity, the Assyrians chose to honor Ashur. A polytheistic religion with thousands of gods, Ashurism contained about 20 important deities, including Ishtar and Marduk. Since it is so similar to the Babylonian religion, Ashurism shares a number of common stories with Judaism and Christianity, namely the creation myth, the “Great Flood,” and the Tower of Babel. They also shared the apocryphal tale of Lilith, the woman-demon hybrid who was said to be Adam’s first wife.

The New Year’s Festival, known as Akitu, was the most revered date in Ashurism, lasting 11 days, and Ashur was worshiped greatly during it. The religion was founded sometime in the 18th century B.C. and lasted until the fifth century B.C., when the country of Assyria was destroyed, though it may have continued in secret for a while. 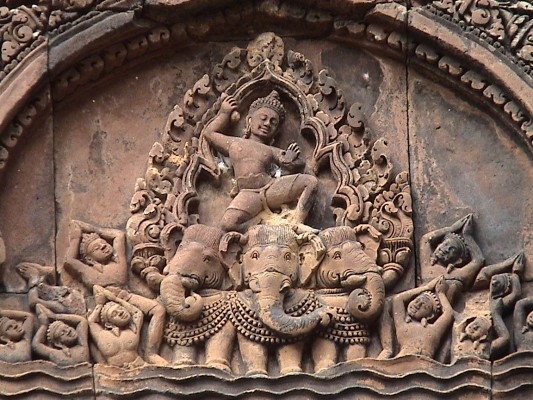 Vedism is the religion of the ancient Indo-Aryans and was popular from 1500 B.C. to 500 B.C. It can also be seen as the origin of the modern Hindu belief system, as they share the same holy texts, the Four Vedas, but there are differences between the two. It was polytheistic in nature, with gods falling into two categories: Devas, gods of nature, and Asuras, gods of moral concepts. Oral hymns were extremely important to followers of Vedism and priests played a huge role in the various ceremonies, said to improve the lives of the followers by pleasing the gods. While Vedism did practice animal sacrifice, it was not very common. Milk and grain were used much more frequently.

Indra was the supreme god of Vedism, and one of the most popular myths was that of Indra and the children of Diti, the mother of demons. After Indra had killed most of her children, Diti began performing magic to help her last unborn son become more powerful than Indra. When he found out, Indra hurled a thunderbolt at her womb, destroying it, and the impact turned the unborn child into 49 lesser demons. 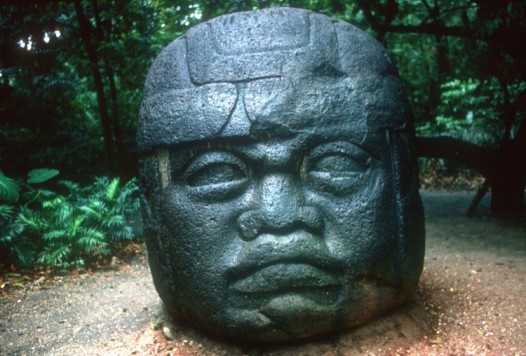 The religion of the Mesoamerican Olmec people was popular from 1400 B.C. until their destruction in 400 B.C. (there is no confirmed reason for their decline, but volcanic activity or other environmental changes are seen as the most likely causes). As there is no direct evidence of their religion, archaeologists have had to compare relics with the Mayan and Aztec religions and look for similarities. Closely related to shamanism, the most popular god for the Olmec people was a jaguar god of rain and fertility (although some theories say there was no main god, but eight separate, equally important gods.)

Various sacrifices, like blood and jade figures were made to the gods, as well as a number of ritualistic dances and masks. Olmec priests are believed to have inhaled some form of hallucinatory drug in order to help them communicate with the spirits. So far, only 10 of the Olmec deities have been identified by archaeologists. Due to its early origins, the Olmec religion is said to be a sort of “mother” to the later Mesoamerican religions, as they share a number of common elements.