The idea of things within things can captivate our imagination—think the movie Inception and its dreams within dreams within dreams. Almost everyone has looked at themselves in a mirror looking at another mirror to produce an infinite tunnel of mirrors. This idea of a recurrence is known as mise en abyme, and the infinite version you get with the mirrors is known as the “Droste effect.”

Yet it turns out humanity wasn’t the first at getting to this idea. Nature has been getting meta all on its own.

10Mimic Of A Mimic

Mimicry is common in nature, but perhaps the king of this is the mimic octopus, whom we’ve mentioned before. As a brief refresher, the octopus is able to convincingly imitate up to 15 other types of animal, including fish and sea jellies. There are a bunch of videos online and it’s quite spectacular to see.

That’s why Godehard Kopp, a German researcher, was extremely surprised in 2011, when he saw a mimic octopus being mimicked by a fish. The fish in question was a jawfish. It was waving around under the octopus to make itself look like a tentacle, while it moved along the sea floor searching for food or shelter. It’s the only time a mimic has been found mimicking a mimic, as well as the first time a jawfish has been seen doing mimicry of any sort.

9Mouth In A Mouth 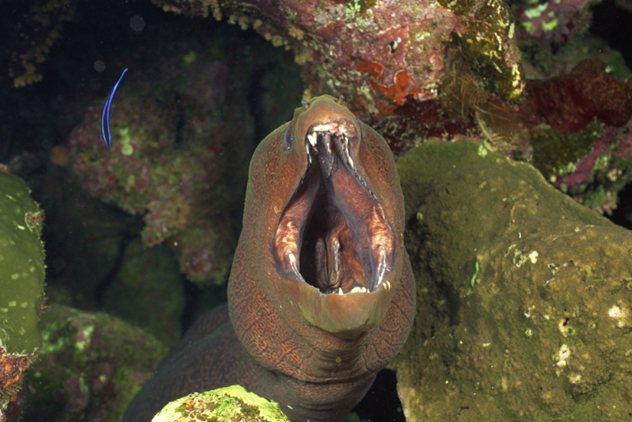 The idea of a mouth inside a mouth was popularized by the movie Alien, and also featured in Monsters, Inc. TV Tropes calls it a “nested mouth.” Yet this arrangement actually exists in reality and is known as a pharyngeal jaw. It is effectively a second set of teeth at the back of the mouth, which can be used to grip or tear food once it’s gone past the first set.

The most striking example of a pharyngeal jaw is in the moray eel, whose inner set of jaws actually lunges forward into the mouth to grab and pull inside whatever it’s been chewing on. It evolved as an alternative to using suction to pull in food, as the eel’s build and lifestyle make that impractical. It also allows the eel to eat larger prey. Just to ensure you definitely have nightmares—yes, they have been known to attack humans. 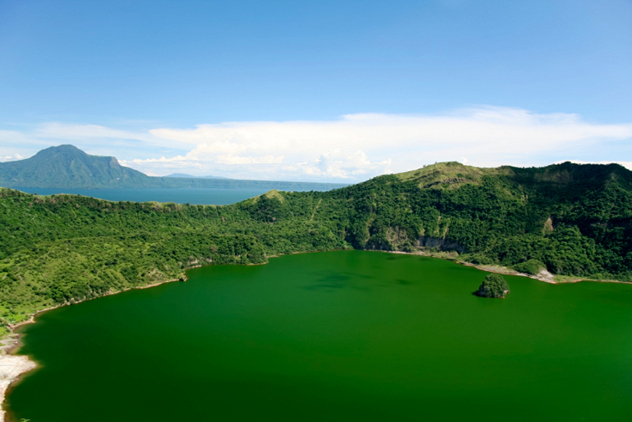 Lake Manitou is the largest in the world lake in an island in a lake. It is located in Lake Huron—one of North America’s great lakes, in Huron’s island of Manitoulin. There are also several islands on Lake Manitou, making them islands in a lake in an island in a lake, and we’re not the first to make the Inception link. Yet it is not the world’s only geological feature with that quality.

Taal Volcano in the Philippines is a volcano island in a lake inside a larger volcano, making it the world’s only volcano in a volcano. Taal also happens to be home to a lake, and in that lake is an island known as Vulcan Point. Vulcan Point is thus—deep breath—the largest island inside a lake that is itself inside an island that is inside a lake inside an island. It’s not very big, probably too small to live on. Also, Taal is still active, so it’s also rather dangerous. A better bet would be in Manitou, where you could buy an island with a lovely house or two already built. 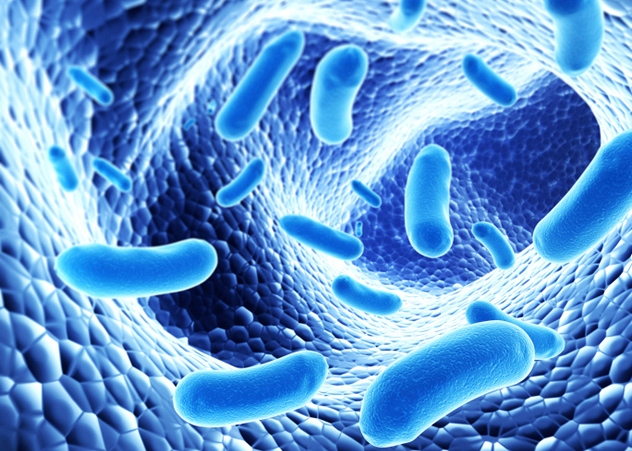 Endosymbiosis is interesting in that the bacteria living inside a cell can eventually lose their distinct identity. This is the origin of mitochondria in human cells, a bacteria that moved into the cells of our ancestors, before eventually becoming part of them. 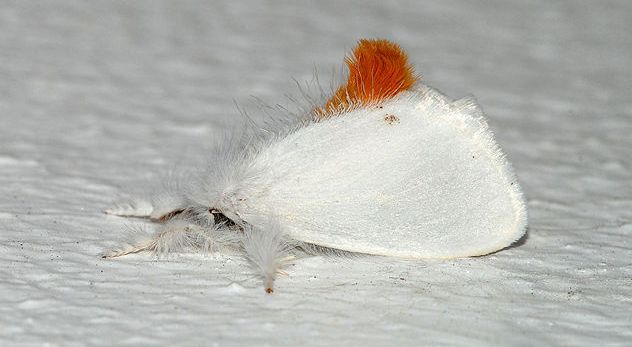 There are a lot of parasites in the world, probably making up the majority of the species on the planet. Humans alone have 100, and we’ve told you about some useful and horrifying versions before. You may not be too surprised to learn, then, that parasites have their own parasites, known as hyperparasites.

5Evolving The Ability To Evolve 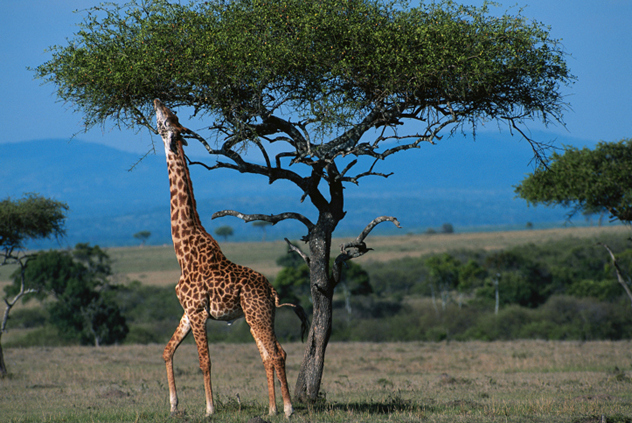 The basic idea of natural selection is pretty simple. The ancestors of giraffes are every biology teacher’s favorite example, because it’s easy to understand how longer necks mean more food. The individuals with longer necks had more baby not-quite-giraffes, and so on, until we finally got giraffes. We can say this particular bunch of ungulate ruminants “evolved” long necks—easy. Long necks are also handy for having awesome giraffe fights.

Scientists have now discovered that animals don’t just evolve traits, they also evolve the ability to evolve traits—that is, they evolve evolvability. Researchers performed an experiment on the bacteria that causes Lyme disease. They looked at parts of the DNA strand that don’t directly impact survivability, but can help alter proteins in future generations. They found that natural selection favored diversity, even when there was no external pressure. 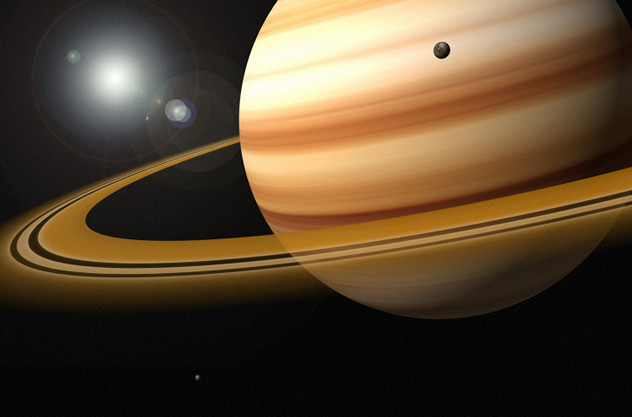 Saturn has a lot of moons, but it is iconic for its rings, first discovered by Galileo at the start of the 17th century. They are the most spectacular in the solar system, and the moons exist among them. In fact, Saturn’s largest ring (and the largest in the solar system) is fed by material from the moon Enceladus.

Saturn’s second largest moon is known as Rhea, and the probe Cassini obtained data that suggests Rhea may well have rings of its own. They’ve not been observed directly, but several of Cassini’s instruments have measured Rhea’s magnetosphere. The readings from the instruments point at “grains and boulders up to several decimetres in size” that orbit Rhea “as an equatorial debris disk,” making them rings of a moon among rings of a planet.

3Nest In A Nest 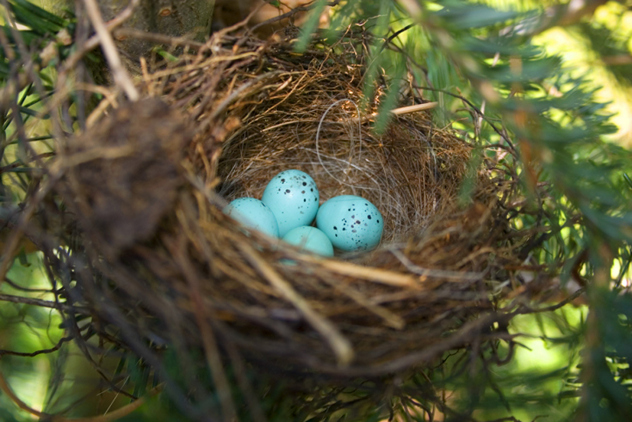 The rufous woodpecker is a bird that has an unusual living arrangement. One of its main sources of food is the acrobat ant, which is an insect that nests in tree cavities. While it could build its own nest nearby, the woodpecker instead breaks its way inside of the ants’ nest and builds its nest there. The ants simply allow the woodpecker to get on with it, and the bird uses this nest-in-a-nest to hatch its young.

It’s not the only bird that goes for this sort of arrangement. House sparrows build nests in the nests of wasps, though only after the wasps have died out during the winter. It’s a sensible move, because mammals that raid bird nests are loath to come near a wasp’s nest.

2Crater In A Crater 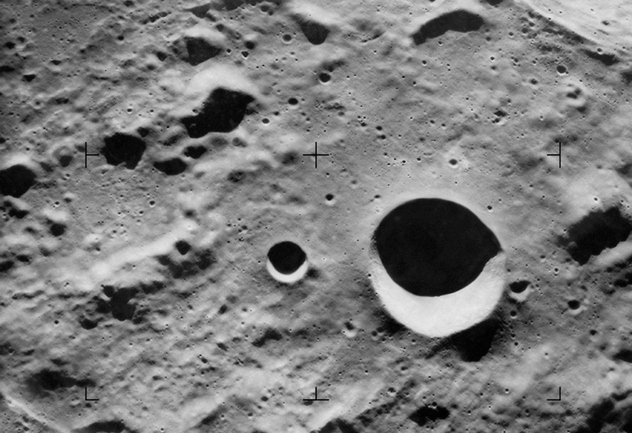 The moon is covered in craters, and inevitably some of those craters contain their own craters. These are useful for determining age—the more craters there are in a crater, the older the latter crater. That’s not the only use these craters-in-craters present to science.

When the moon was still young, it took an impact from a large asteroid to create the moon’s largest crater: the South Pole-Aitken Basin. A short while later (in galactic terms) another asteroid hit inside the original crater. The resulting crater-in-a-crater is known as the Apollo Basin. One scientist, who conducted research on the crater, compared it to going into your basement and then digging another hole.

This scenario is more than just a curiosity, as the double impact has created a hole deep enough to allow a glimpse into the deep lunar crust. As with the earth—the deeper we can see, the more we can learn about the early history of the solar system.

1Universe In A Universe 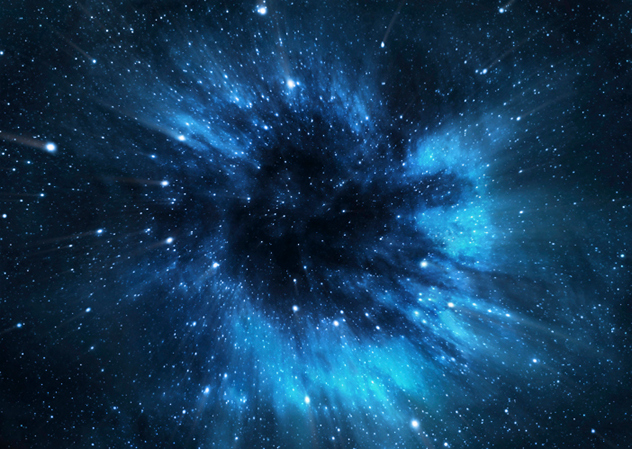 He claims that his theory provides solutions to big mysteries, including dark energy and what caused the big bang. His theory also incorporates both general relativity and quantum mechanics, which have been notoriously hard to bring together. Potentially, our universe could be part of an almost infinite chain, existing inside a black hole inside a universe inside a black hole, and so on—and the same in the other direction.