Ever since the fat kid in the grade above us kicked the ball right in our face for no damn reason, most of us have understood that humans love to hate. Throughout history, anything from having the wrong color of skin to the wrong kind of hair has been enough to get you attacked, enslaved, or outright murdered. While we in the present may be less likely to murder someone over a trivial difference, we’re still pretty good at that whole “hate” thing, as seen by our apparent desire to loathe people for these ridiculously minor reasons.

See Also: 10 Tips for Success in Everything 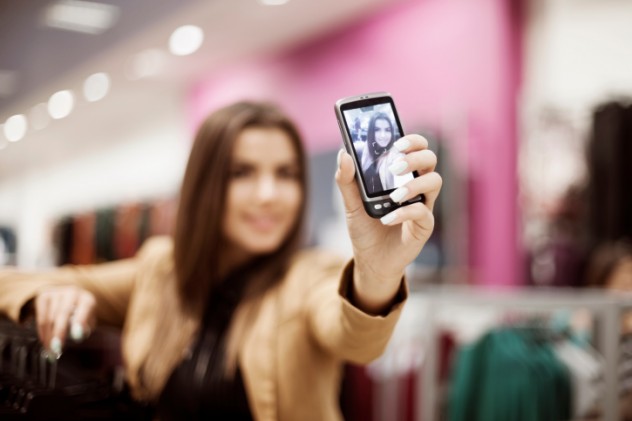 We’ve all been there. You’re out and about one day, minding your own business, when you suddenly see someone or something so crazy you just have to take a selfie in front of it. You post the results to Facebook and continue on your merry way, blissfully unaware that nearly everyone in your life now thinks you’re a huge jerk.

In a joint study earlier this year, three UK universities decided to investigate how posting photos online affects our relationships and found that the consequences are overwhelmingly negative. The more photos a subject shared, the more they were observed to suffer a decrease in intimacy and closeness in their relationships, including those in real life.

The trouble comes from the fact that most of us never bother to adjust our Facebook privacy settings, meaning that any photo we post is liable to wind up on the news feed of hundreds of people—and most of those people can think of nothing worse than seeing our dumb faces crop up time and time again while they’re busy trying to dream up witty status updates. If you’re the sort of person that compulsively uploads selfies, then congratulations—nearly everyone you know probably thinks you’re worse than Hitler. 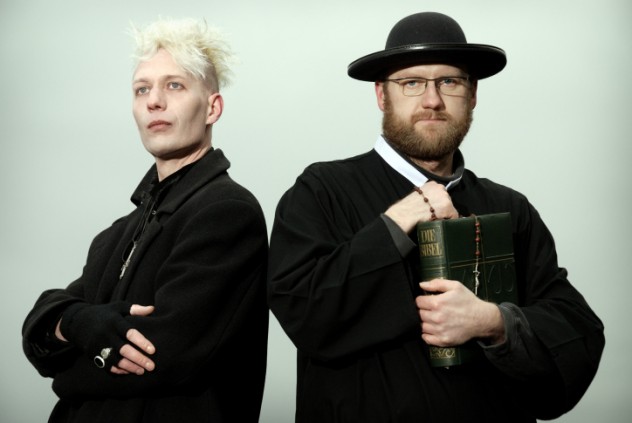 Since we’re on the Internet in 2013, most of us are probably aware of the religious “culture wars.” However, if we really had to judge the impact someone’s lack of religious belief had on how others see them, we’d probably guess “not much”—and we’d be totally, utterly, mind-bendingly wrong.

In 2011, a joint American-Canadian study asked 770 subjects what sort of person would be most likely to, say, damage a car without leaving a note or take money from a found wallet. Remarkably, the participants almost always said “an atheist,” despite one of the other options being “a rapist.” In other words, people apparently believed someone who doesn’t believe in God is less trustworthy than someone whose defining characteristic is that they sexually assault strangers. Meanwhile, another study found that even non-religious people tended to distrust atheists to the point where they’d rather they didn’t work around children. Apparently reading Richard Dawkins can somehow make you less popular than doing time for sex crimes.

8 Having A Wide Face 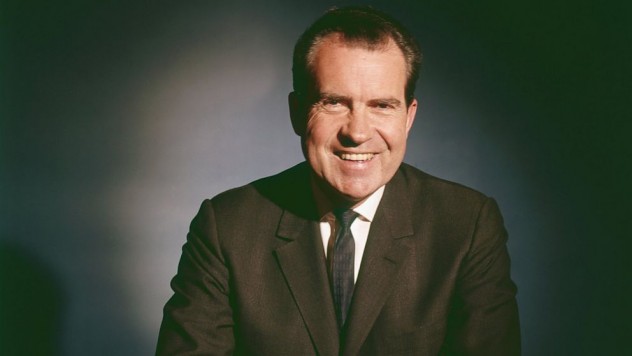 If you’re bored and have a minute, stop reading this and go find a mirror. Now, take a close look at your face. Is it kinda on the wide side? If so, you’re making life a misery for everyone around you.

It sounds insane, but simply having a broad face can affect not only your actions, but the actions of those around you. Multiple studies over the years have shown that we perceive men with wide faces as aggressive, untrustworthy, and dishonest—and bizarrely, other studies have shown that this strange perception is probably correct. The really weird part: This subconscious bias will make everyone around you act selfishly, too.

The idea is that we instinctively expect wide-faced people to make our lives a misery, so go out of our way to sabotage them first. Unfortunately, all this bad karma causes everyone around us to act nastily, too—meaning that a single wide-faced man in a position of power can make dozens of employees miserable, even if he’s an okay guy. He can’t even hide his freaky stretched face behind a mask of hair, either, because science shows we also judge people for . . . 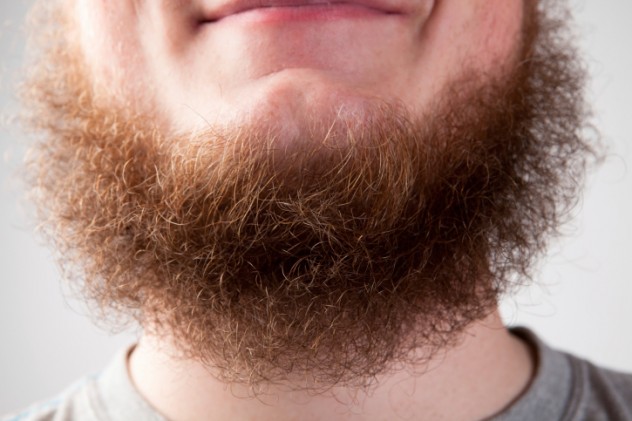 It’s no secret that beards are enjoying a spectacular renaissance. From Oscar-winning directors to male models to TV hosts, everyone with the testosterone to achieve it is currently sprouting man-fuzz like it’s going out of fashion. However, while having a beard may both feel and look spectacular, it also makes people think you’re a probable sex offender.

Several studies over the last decade have found that people associate bearded men with aggression and believe they’re far more likely to commit crimes. In 2004, researchers asked 371 people to draw what they thought a criminal looked like, and 82 percent of them gave the fictional perps facial hair. According to NBC, related studies have even found that juries are more likely to convict men with beards and believe them guilty of serious crimes like rape. What’s weird about this is that other studies have repeatedly linked having a beard to positive things like attractiveness and trustworthiness. People will still think you’re a no-good criminal, they’ll just also think you’re a dashingly handsome, trustworthy example of one. 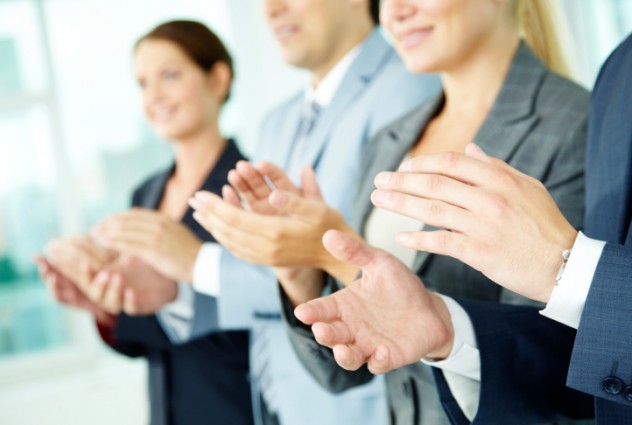 This just seems absurd. Everyone likes getting complimented, even if it’s by someone obviously just trying to get in their pants. Why would we possibly hate someone for saying we rock?

The answer is, we won’t—but everyone else will. In a study for The Journal of Consumer Research, two researchers examined people’s reactions after overhearing a salesperson give another customer a compliment. They found that even when people thought the salesperson was being sincere, their immediate gut reaction was to respond negatively. This corroborated other studies the authors performed, which showed that we become envious of others being complimented, especially if that person is a peer such as a colleague. In short, just giving or receiving a simple compliment is apparently a social minefield likely to end with everyone in the immediate vicinity resenting you. 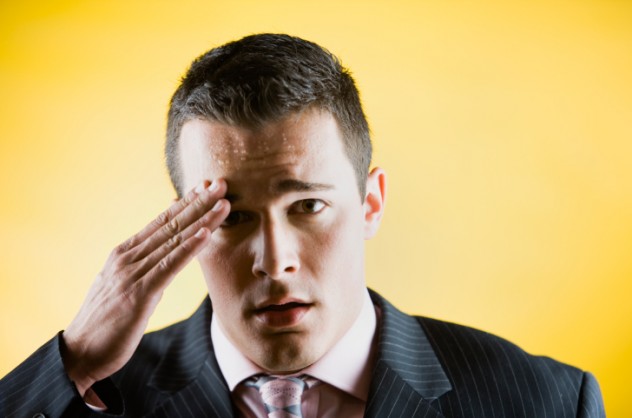 Here’s a weird fact: We apparently have three different ways of sweating, depending on the situation we’re in. If we’re exercising or if someone raises the temperature, we sweat mostly from the eccrine gland. If we’re stressed out, it’s the apocrine gland that helpfully pumps our armpits full of nastiness. Sweat from the eccrine gland apparently has very little effect on others, but one whiff of that stress sweat will make people think you’re an untrustworthy, incompetent bungler.

Earlier this year, a particularly dedicated researcher bottled a load of stress sweat and fed it into an olfactometer, a device that pumps a certain smell direct into a subject’s nose. She then wired a whole lot of people up to her odor machine and had them watch videos of women in stressful situations while simultaneously sniffing the bottled sweat.

Overwhelmingly, her subjects judged the women in the videos to be useless, untrustworthy morons who lacked any self-confidence. Men particularly viewed the stressed women in terms so negative it probably constitutes a sort of hate crime. If you’re female and work a stressful job, remember that your jerky male colleagues aren’t just misogynists—they’ve been programmed by nature to judge you by your armpits. 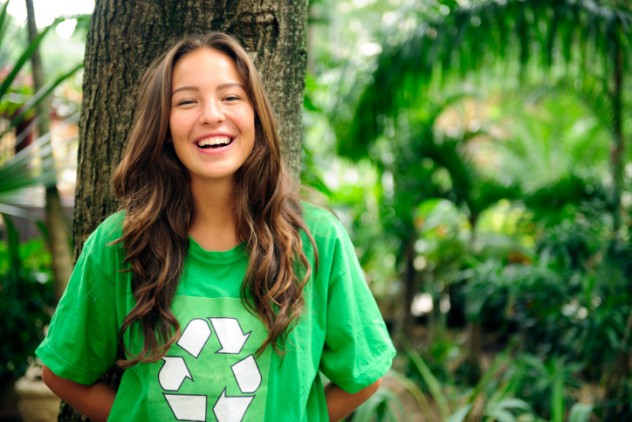 Let’s play a game. We’re going to say a word, and you’re going to make note of all the associations it sparks in your brain. Ready? Okay, here it is: “feminist.” If you thought of words like “man-hater” and “smelly,” according to science, you’re far from alone.

When confronted by activism, most of us apparently shut down the part of our brain capable of dealing in stuff other than stereotypes. A recent study examined the way we perceived people advocating for social or political change and found that it was overwhelmingly negative. Feminists, for example, were seen as smelly man-haters, while environmentalists were dismissed as tree hugging hippies.

The judgment didn’t stop there. A cohort of students who were asked if they would ever befriend a hypothetical activist almost never responded positively, indicating that probably the worst way to make friends at college is to join those earnest activist societies trying to lure you in with promises of friendship. To put it in as depressing terms as possible, if you have any sort of passion for anything—no matter how well-meaning—people probably hate you for it. 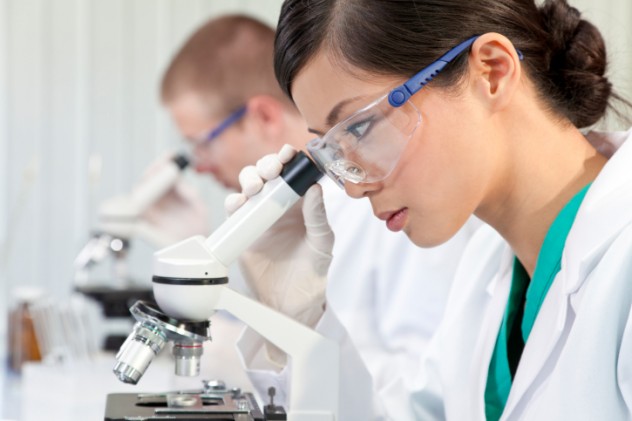 Here’s a downer for all of you enjoying this loosely science-based article: Studies have shown that an enthusiasm for science can influence the way people perceive you, and not in a good way.

Way back in 2002, three researchers decided to test how an interest in science shapes the way we see women. They invited 114 students to watch a woman describe her major and express a level of commitment to it, and then rate things as diverse as her future happiness and earning potential. While a high level of commitment was generally seen as a good thing, there was one subject where this positive perception fell down—chemistry.

When faced with a woman who fervently wanted to be a chemist, the entire hall of students—male and female—declared her socially maladjusted and destined for future misery. As an added kick in the teeth, the male students also said they’d never want to date her. But sadly for all you girls out there, it isn’t only an enjoyment of science that can make people think less of you . . . 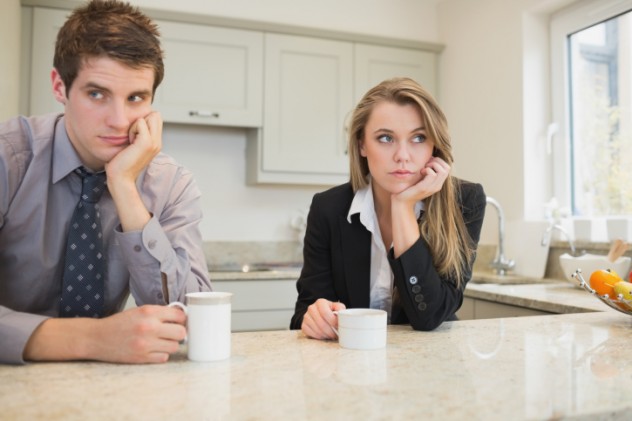 It’s no secret that some people hate success. If you’re going to the top, you’re guaranteed to make an enemy or two on the way—so it should come as no surprise that, if you experience success, you’ll also cop a fair bit of hate. What should surprise you is who exactly is doing the hating. Believe it or not, it’s going to be your boyfriend.

In a joint study between the Universities of Florida and Virginia, researchers got couples to perform a series of five tasks focusing on social or intellectual achievements. They found that while successful results for the male partner made both participants feel happy, successful results for the female partner transformed her boyfriend into a seething bundle of hate. In the afterglow of their partners’ success, most men saw their self-esteem plummet, even if the two had not been in direct competition during the task. This lowered self-esteem manifested itself in a particularly depressing way—the men were more likely to suggest their relationship had no future after watching their partners succeed than if they succeeded. By contrast, the women celebrated their boyfriends’ success, apparently unaware they were going out with total jerks. 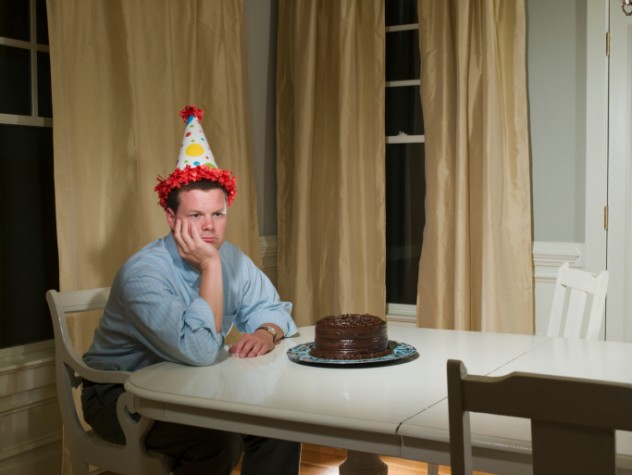 It’s a sad fact of life that when you’re feeling isolated and depressed, you’re not exactly terrific company. This leads to the dumb situation where making new friends or doing anything else to alleviate your loneliness becomes next to impossible, creating a cycle of misery and alienation. It can even seem like your friends are beginning to avoid you—and according to science, they’re absolutely right to do so.

In 2009, researchers studied a cohort of 5,000 people in Massachusetts and found that loneliness can spread among social networks like a virus. Specifically, they determined that feeling isolated can make someone up to three degrees away from you—that is, a friend of a friend of a friend—up to 15 percent more likely to experience similar feelings.

It’s even worse as you get closer to home, with your immediate friends and colleagues being exposed to a 52 percent increased chance of loneliness, purely by virtue of being in regular contact with you. Just like the wide-faced man spreading selfishness above, it turns out that you can ruin dozens of lives by doing nothing more than simply existing. The good news is that if your friends find out and decide to cut you off, the effect of their dumping you will make them all miserable, too.