When we’re children, we often dream of creating the amazing games we play and improving the bad ones. Here are people that managed to live those dreams. 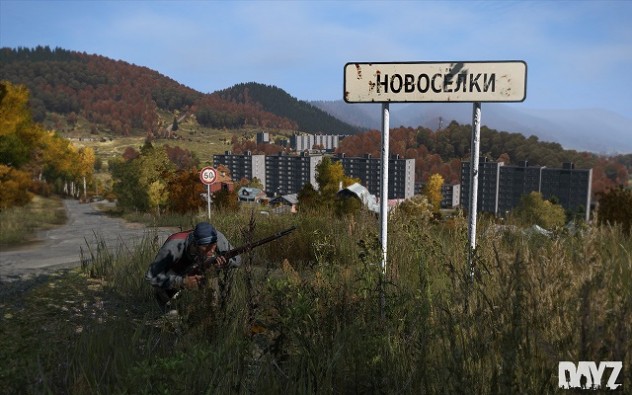 Because of gamer stereotypes, you wouldn’t think the inspiration for a fan to completely reconstruct a game would ever be a near-death experience in a military exercise, but that’s what happened to New Zealander Dean Hall in December 2012. He had to survive in the Brunei jungles for 20 days after only being given two days’ worth of rations. He saw how the desperation robbed him of dignity, resorting to begging for food from his comrades. He lost 20 kilograms (44 lbs) and required intestinal surgery—but he left the situation with a unique angle for a mod of mid-level indie game called ARMA 2.

Prior to Dean Hall’s modification of the game which he called DayZ, ARMA was an essentially undistinguished military shooter that sold 200,000 copies. Hall completely changed the objectives and game play, most obviously by adding zombies to the game. More significantly, in terms of making the new game stand out, were the new mechanics he added to it. They include such simple things as hunger, thirst, and disease. You have pressure to restore your health with blood transfusions and medicine, but blood transfusions require another person and the medicine is hard to find. With resources limited, the tension of the game is made greater by the other players than the walking dead.

The end result of all this was a runaway hit by indie—or really any—gaming standards. It multiplied the sales of ARMA 2 by 500 percent and received heavy acclaim. DayZ even released an independent version with some of the issues it had been having fixed. While developing the standalone version, Dean Hall decided to take some time off and climb Mt. Everest. So far, no word of that venture inspiring any wildly successful mods. 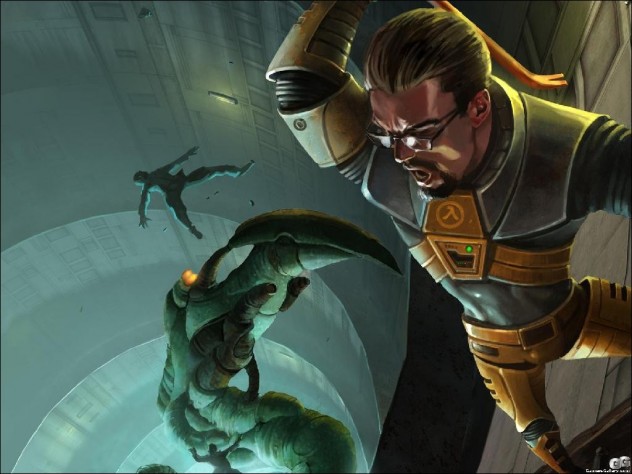 Half-Life is one of the games that launched the Valve Corporation. Its compelling characters, unique design, and great storytelling allowed it to sell eight million copies between 1999–2004 and make hundreds of millions of dollars. Bear in mind, that was back when you practically had to play these games on abacuses.

A team of “modders” took this game and completed an enormous update of it in 2011. The improvements in graphical quality alone were credited with making the game look eight years more up-to-date, not to mention the improved character animation, controls, and physics. One unusually praised feature of this game, called Black Mesa, is that it didn’t include the entire game. That’s because, by general fan consensus, the unfinished levels are not very enjoyable. They’re designed as first-person levels where you do a lot of platform jumping of the type gamers find aggravating and tedious.

If you’re of the opinion that we’re just overpraising Team Black Mesa, keep in mind that Valve has a game distribution site called Steam that they use for accepting submissions. One of the games they accepted was none other than Black Mesa itself. Yes, Valve basically is allowing their own game to be given back to them out of gratitude for the free improvements. 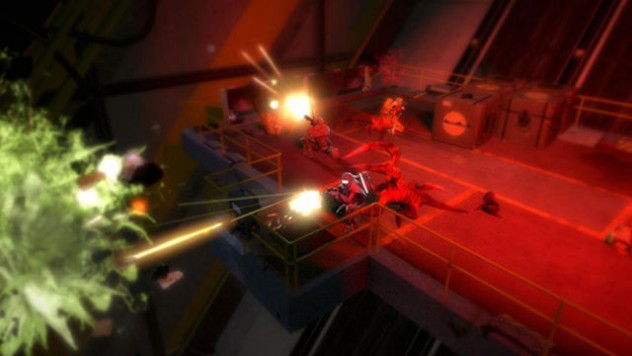 Unreal Tournament 2004 was a sci-fi multi-player first-person shoot ‘em up. It was of sufficiently high quality that the critical review aggregator Metacritic puts its rating at 93%, and yet, Valve Corporation saw significant potential to improve on it with a mod from the time called Alien Swarm. In 2010, they released a modded version of the game for which they’d hired the original team of modders to create.

Among the many advantages that Alien Swarm has over Unreal Tournament, aside from obviously increased graphical quality and a camera angle that better shows them off, is that it made the player characters more distinct. The modders did so by dividing the characters into more clearly defined classes such as officer, medic, etc. The difference between these classes naturally relate to their skills and equipment. There are even faces for them! Of course, none of this undermines the real priority—this game was released for free, even though it was a $30 value. 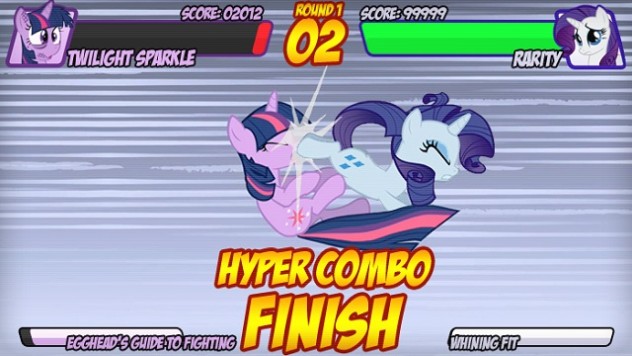 With My Little Pony: Friendship is Magic being a surprising but enduring hit, interest was naturally high when Hasbro made a tie-in game of the same name. The game centered on flying a hot air balloon around to collect horses and build the town of Ponyville. It was criticized for underhanded price-gouging techniques, such as charging you for which character you get to play. This was considered especially obnoxious since it was designed as a kid’s game.

Meanwhile, a group of fans called Mane made a highly polished and free game of where the game’s characters fight. It featured voice actresses that sounded like those in the show, great music, and—for those concerned about how kid-friendly it was—very moderate violence closer to Street Fighter than Mortal Kombat. A leaked game alpha (a rough version) attracted huge attention and was slated to be featured at gaming tournaments, but Hasbro stopped it with a cease and desist order—or at least, seemed to stop it. None other than Lauren Faust, former showrunner/creator, sent a tweet to Mane offering to design new characters for it to get around the order and resurrect the project. 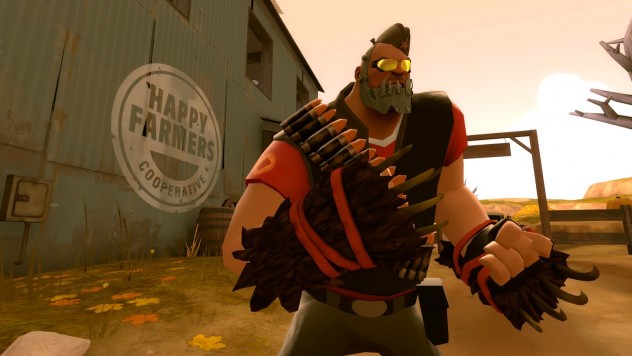 Team Fortress 2 is a 2007 game that turned into a meme factory. Its quirky characters have ensured that, even if you’ve somehow used the Internet for the past five years but never saw a video game, you saw someone using a still of one of the characters as an avatar or quoting catchphrases like “I HAVE NO IDEA!” or “nope.avi.”

In 2012, Valve opened the game platform up to financially compensated modding of equipment and costumes. That is, you could market your specialty hats and grenade launchers to other players and get some hard cash. It was wildly lucrative. For example, Will Sergermen made $88,000 off of his “Hibernating Bear” and “Grand Duchess Fairy” costumes. The top earner made $500,000 in one year. By Valve CEO Gabe Newell’s estimate, the fans made 10 times as much content as Valve was able to.

Of course, even though Newell admitted that his company was being elaborately outshone by the fan base, Valve got the best of the deal. Seventy-five percent of all money generated by the items went to the company, so that top earner actually sold $2 million worth of game content. It may well be the most profitable act in the history of game modification. Best of all, in July 2013, Valve started to donate 99 percent of their portion of items sales to a charity called Special Effect that allows disabled kids to play video games.

5 Blood On The Asphalt

During the 2000s, a group of bands called OverClocked ReMix released a fan tribute album featuring remixes of all of the songs from Super Street Fighter II Turbo called Blood on the Asphalt. Yes, most of the original songs in Street Fighter II are about as dated as that enormous cell phone in Wall Street, but the remixes by contributors such as Sixto Sounds could blow the speakers out of a Gwar concert. Just try to listen to this track without wanting to start a fight. In the street, perhaps.

How good was OC ReMix at juicing up their favorite video game music? So good that Capcom USA eventually hired them for the Super Street Fighter II Turbo HD Remix soundtrack. That’s right, these fans who were simply celebrating video game music for free were better at what they did than anyone on Capcom USA’s payroll at the time.

Apparently, Blood on the Asphalt is just an eyetooth attached on the monumental monster better known as OC ReMix. Their website currently lists more than 2,600 remixes and 75 albums, including songs from just about every video game you can think of. 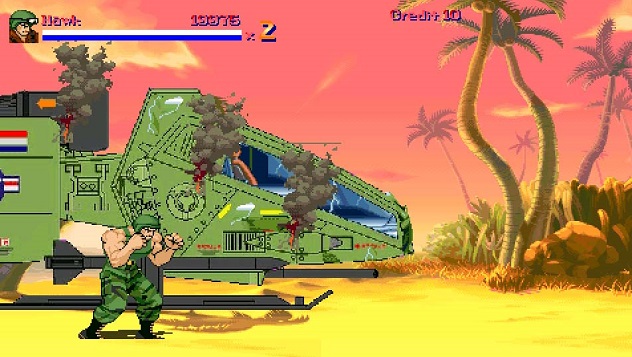 What’s the greatest GI Joe video game of all time? If you think there isn’t one, it’s probably because you’re too young to remember that epic GI Joe arcade game from the early ’90s better known as “the one where everybody ran.” Like, for half an hour.

Konami released that game more than 20 years ago, and there has been a seriously dearth in quality GI Joe games since. Fortunately, “Count Monte” and “Bloodbane” of Lord Skiff Games decided to put together their own tribute to GI Joe: A Real American Hero called GI Joe: Attack on Cobra Island. The game is a side-scrolling beat-’em-up that borrowed heavily from all the best parts of Double Dragon, Street Fighter, and Streets of Rage, and the result is just as awesome as if every character from those three games joined the Army. While the game seems a bit clunky in action, it still looks and sounds way better than any GI Joe video game to hit consumers since the Clinton era. 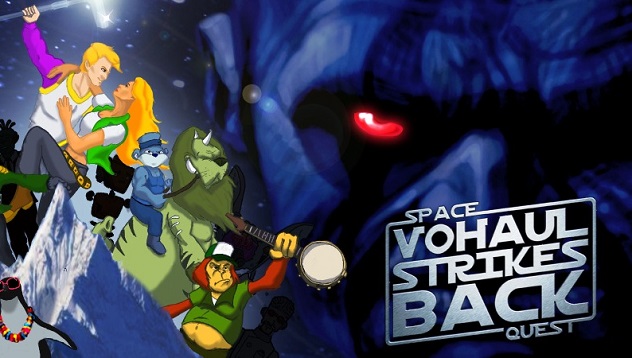 Space Quest was, in many ways, the perfect way to parody Star Trek and Star Wars this side of Spaceballs. It showcased the grimy underbelly of the galaxy by making the main character something we all know exists but never see in sci-fi movies: a janitor.

However, with the series defunct as of the mid-1990s, any chance of seeing a follow-up to this series seemed hopeless until fans decided to make one themselves. Developed by Team VSB, the epic sequel Space Quest: Vohaul Strikes Back became the newest addition to the series in more than 15 years. The game boasted fantastic graphics, 90 playable rooms, 70 speaking characters, 8,000 lines of dialogue, and—as should be expected for a Sierra adventure—more than 60 different ways to kill the game’s main character. 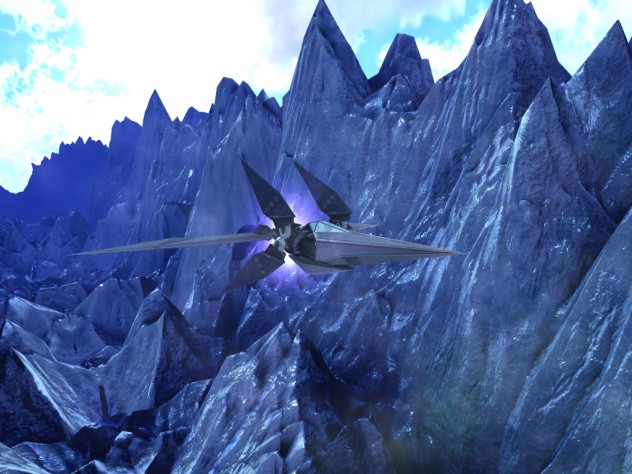 Star Fox has always been a difficult franchise for Nintendo to figure out what to do with. As such, while the gaming giant dragged their feet to develop new games, a team of top nerds decided to work on one themselves called Shadows of Lylat.

Without a doubt, this would have been the most beautiful-looking game in the series and one that steered the franchise back to its pre-dinosaur roots. However, despite boasting fantastic graphics and what appeared to be spectacular battles, development of the game ceased in 2012 and appears to have gone nowhere since. Will we ever see this game finished in full? It is highly unlikely, but that doesn’t mean we can’t appreciate the few screenshots and trailers that were released for the game. 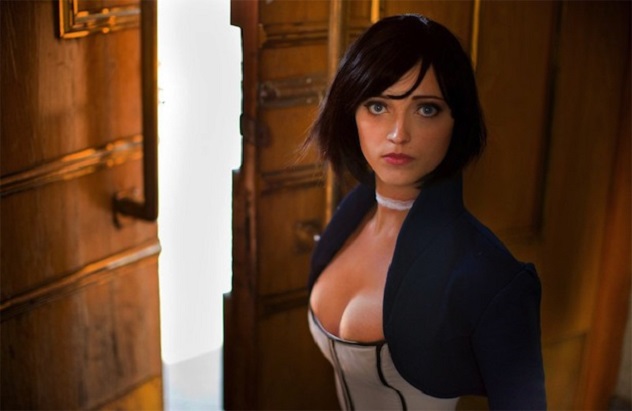 Bioshock Infinite was a video game half a decade in the making, boasting a budget that could rival summer blockbusters and an ending better than anything M. Night Shyamalan has offered since The Sixth Sense. The result earned the game praise as one of the greatest video games of all time and spurred a renaissance for fan artist throughout the Internet.

However, it’s hard to view Russian cosplay model Anna Moleva’s treatment of Elizabeth from Bioshock Infinite as anything short of uncanny. Not only does her modeling actually look like something you’d see in Vogue, but her pictorial impressed Irrational Games so much that they hired her as their official model.

This doesn’t mean they hired Anna as a booth babe for E3. They completely redesigned the character they had been working on for years to make Elizabeth look more like her most popular cosplay model. Since Elizabeth has gone on to serve as figurehead for the game and its subsequent Burial at Sea expansion, Ms. Moleva can rightly be called the cosplay model who broadsided an entire team of developers working on one of the most celebrated video games in history.

Follow Jacopo’s other writing exploits here on Twitter. Dustin is also the author of Please, God, a serial novel which so far does not have a tie-in video game, but he’s holding out hope.