There are plenty of fun facts that surround everyone’s favorite dysfunctional family, most of which we’ve all heard before—the fact that they were originally short bumpers on The Tracey Ullman Show, how Homer’s voice was originally based on that of Walter Matthau, etc. But more interesting are the little details surrounding the cast and crew of the show and the mechanics of how things came to be from behind the scenes. Let’s take a look at some of more unknown facts behind the show you probably don’t know about.

10 The Original Pilot Was A Disaster

The first Simpsons Episode – Pilot Episode Of “Some Enchanted Evening”

Everything seemed to be going well for The Simpsons once the series of Tracey Ullman shorts was picked up by Fox as a half-hour show. A talented writing staff was brought on, the cast was honing their characters’ voices, and they earned a spot in primetime. Then the producers saw the pilot.

The animation had just returned from Korea under the company of Klasky-Csupo, most known for being the animation house behind Rugrats. The animation, which you can see in the video above, was such an eyesore that James L. Brooks commented plainly “This is s—t.”

Most people got up and left, but Brooks stayed to get into an argument with Klasky-Csupo co-founder Gasbor Csupo, who insisted that the problem was in the writing, not the animation. It was demanded that the visuals be completely overhauled for the episode, pushing it back to the season finale. The Christmas special, “Simpsons Roasting on an Open Fire,” aired in its place.

9 The Word “D’oh” Was Never Scripted

The word “d’oh” is the biggest catchphrase the show has spawned. It’s become so well-known that it’s even a part of the Merriam-Webster Dictionary, defined as “used when you realize that you have just said or done something stupid or foolish.” However, no one ever actually typed it out during the scripting stage. It was mostly voice actor Dan Castellaneta, with some help from creator Matt Groening, who was responsible for the word coming out the way it does.

In the Tracey Ullman shorts, Homer’s line was (and still is) merely written as an annoyed grunt, which Castellaneta improvised as a long-winded “d’oooohh” in homage to actor Jim Finlayson’s exasperated groan from his Laurel and Hardy appearances. Since the shorts were, well, short, Groening asked that he speed it up for the animation. Thus, “d’oh” was born.

8 Conan O’Brien Was The Office Monkey 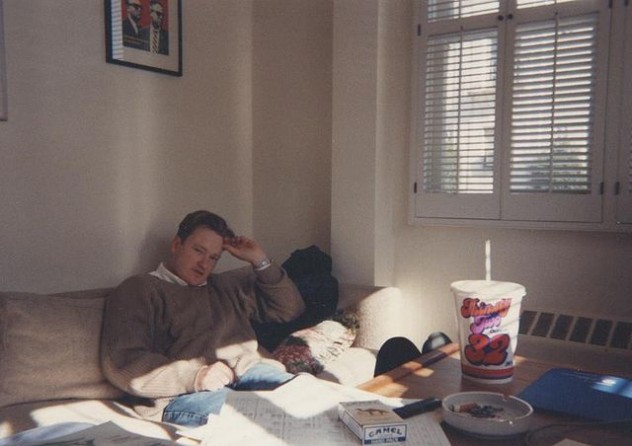 For readers who aren’t rabid Simpsons obsessives, let it be known that late-night talk show host Conan O’Brien was a full-time writer on the show during the early seasons. For fans, his most notable achievement is being credited with writing the much-adored episode based on The Music Man, “Marge vs. The Monorail.”

However, for O’Brien’s co-writers of the show, he’ll be forever known as their personal monkey, and he was “happy to do it.” One bit he would do had him shake up a Coke can and nervously pitch a story, then as he bombed, he’d open it up and spray Coke all over himself. Another carbonation-based routine had him using Coke to foam at the mouth and fake a horrible fit at the table. The madness was probably a welcome change, because . . . 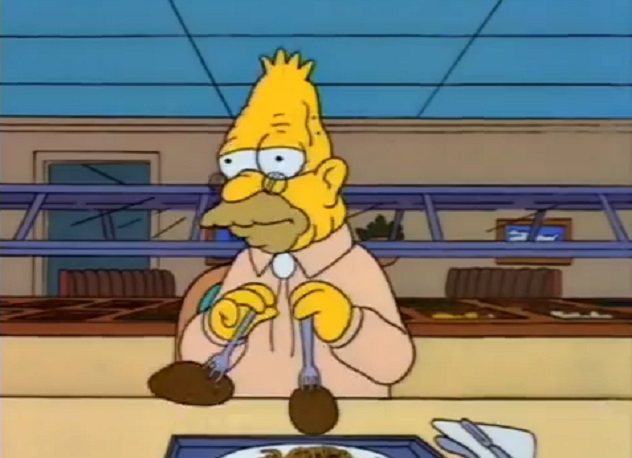 It’s no secret that Simpsons creator Matt Groening quickly hobbled together the core family characters while waiting in an office to meet with James L. Brooks about the project. In his haste, he named every member of the family after his own, with the exception of Bart, since he wasn’t comfortable naming the character after himself. Instead, an anagram of the word “brat” was selected and an icon was named. In spite of this, when it came time that to give Grandpa Simpson a first name, Groening wasn’t interested in using his real-life grandfather’s name and asked writers Jay Kogen and Wallace Wolodarsky to make one up instead.

The fairly obscure “old man” name they came up with was Abraham—which happened to be the same name Groening’s grandfather had. They went with it anyway, presumably since the coincidence was just too rich to pass up.

6 Multiple Animators Went On To Work For Pixar 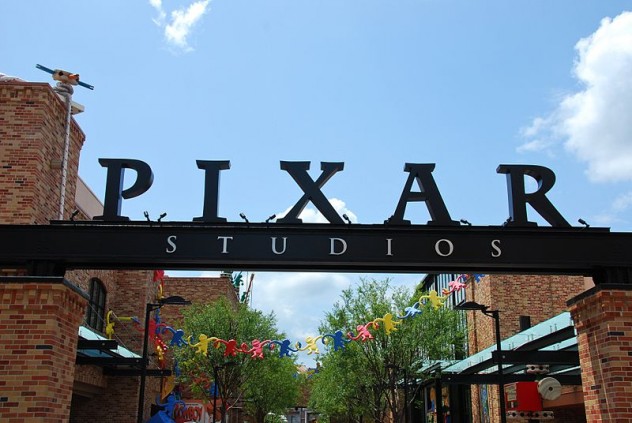 In any mention of the clever easter eggs Pixar likes to insert in its films, there will almost instantly be a reference to “A113,” the label of an animation classroom at California Institute of the Arts, shared by animation titans like John Lasseter and Brad Bird.

It’s appropriate that Brad Bird used the inside joke in his Pixar hits The Incredibles and Ratatouille, considering he also used it when he directed episodes of The Simpsons decades prior. While it’s no surprise that the director behind the “Do the Bartman” music video would go on to direct some of the biggest animated critical hits of all time, there lies another in his ranks someone who’d been around since the Tracey Ullman shorts.

David Silverman, who was so close to the show that he was even selected to direct The Simpsons Movie, found success co-directing a very different sort of story in the 2001 film Monsters, Inc. Other animators who went on to work for Pixar include Jeff Pidgeon—animator on Toy Story as well as the voice of the Green Aliens—and Jim Reardon, writer of WALL*E.

5 The Writer’s Room Is Extremely Boring 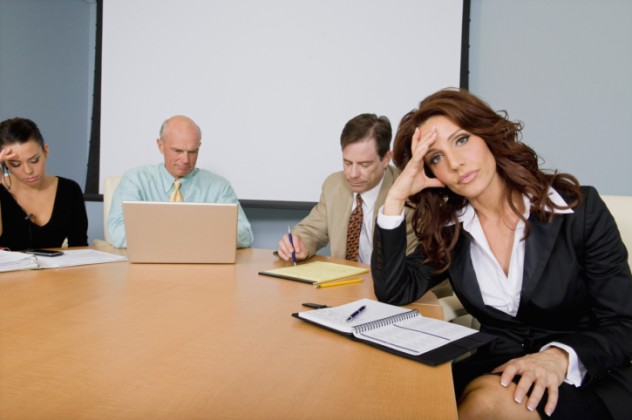 Imagine a room full of Harvard-educated comedy writers, specifically plucked to sit down in a room together and write for one of the most famous comedy series of all time. Sounds like a gas and a half, right? Wrong. While it isn’t often cluttered with conflict, it’s a fact that anyone getting into the writer’s circle is going in to work, not to laugh.

Time is mostly spent in complete silence, working on each episode’s script literally one line at a time. Conan O’Brien even recalls a German film crew coming in to document the writing process and never returning after the first day, having spent it watching the writers sit in their office for hours as they quietly brainstormed a reaction line for Marge. 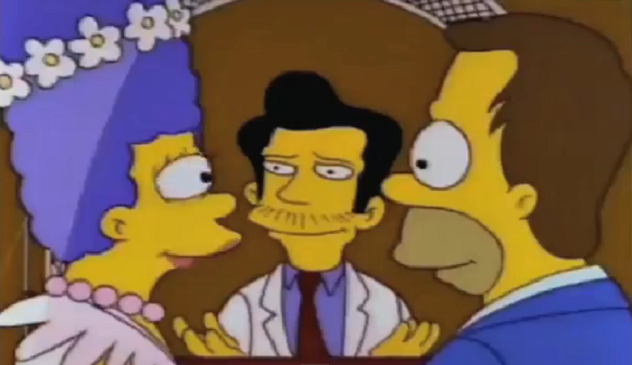 While it’s fun to hear about the butting of heads that go on behind a production’s closed doors, sometimes it’s nice to discover the sweeter side. Since its inception, voice artists Phillipe Peythieu and Veronique Augereau have been voicing Homer and Marge for a French audience. They met for the first time during auditions in 1989 and went on to wed in 2001. They’re still going strong and the French versions of the characters have all the better chemistry for it.

3 To Say The Movie Was Scripted Unconventionally Is An Understatement 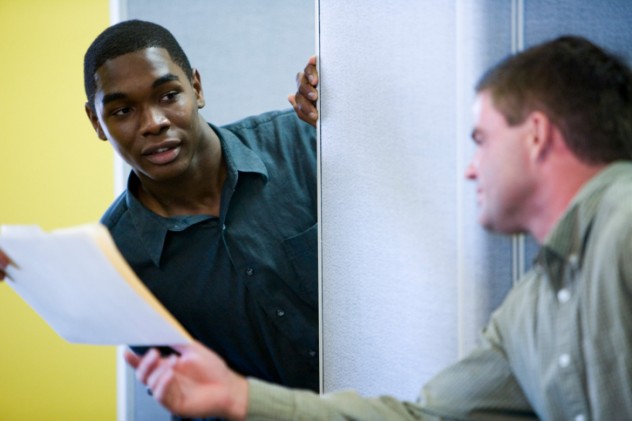 A lot of buzz and rumors came out once The Simpsons Movie was finally announced as in pre-production. How would they go about writing it? Select a particular writer like John Swartzwelder for absurd comedy, or maybe George Meyer for jaded satire? Would Matt Groening and James L. Brooks oversee and approve of the drafts? Turns out they decided that the best way to write a Simpsons movie would be the same way they write a Simpsons episode.

Hand-picking writers almost exclusively from the show’s first eight golden years, Groening and Brooks split the plot into several sections and gave each writer one to work off of. Considering how much of a potential story risk this was, they continued to workshop every section and hammer it out in a writer’s room like they always did, a very uncommon practice in Hollywood screenwriting. The closest it typically gets to this is punch-up sessions, in which comedians are herded to pitch jokes during comedy table readings.

Over the course of time, the script went through over 100 drafts, each one getting shredded after being replaced, all in the name of secrecy. It went through so many changes that, during this period, the movie went from being a straightforward comedy to a musical to a movie with some short songs, then back to not having any songs again. Sorry, musical fans, maybe in the sequel.

2 Maude Flanders Was Killed Off Because Of A Pay Dispute

When thinking of Simpsons voice actors, the only people who may come to mind who aren’t the main cast are Pamela Hayden, Russi Taylor, Phil Hartman, Doris Grau, and Marcia Wallace. While Hartman, Grau, and most recently Wallace all passed away and had their characters retired, one voice artist had things go the other way.

Maggie Roswell gave characters such as Maude Flanders, Helen Lovejoy, and Miss Hoover their voices. As time went on, she requested a pay raise from Fox, as her salary at the time was hardly enough to cover the airfare. When they low-balled her, she decided it was time to retire from the show. As a result, the writers thought it would be too weird to have the Flanders family around with a silent Maude and decided to amend this by putting some of their kindest, most sensitive characters through complete turmoil. And honestly, what’s better TV than that?

Since then, Roswell and FOX have resolved their dispute and agreed to have her record lines from her Denver home. She continues providing the voice of characters like Helen Lovejoy, as well as an appearance as Maude’s ghost in the Season 14 premiere episode “Treehouse of Horror XIII.” 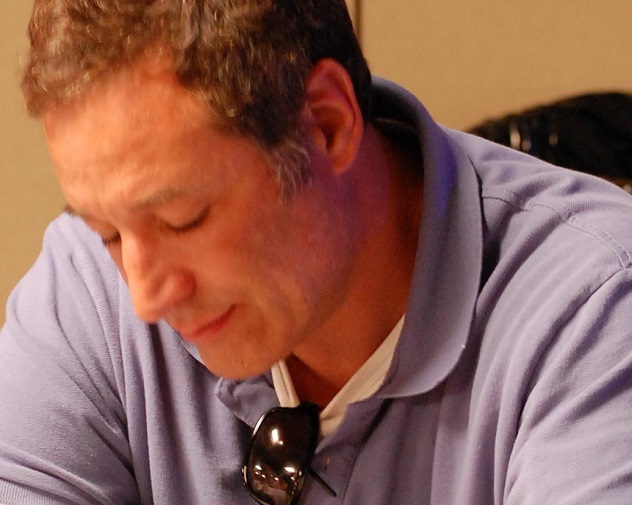 When you watch the Halloween specials and see all the “Spooky Nicknames” appear, you may wonder, who exactly is Sam “Sayanora” Simon and why is he listed under the “developed by” credit anyway? Well, the answer to both of those questions is just a short Simpsons history lesson away.

Back when the show was first being adapted to a half-hour program, James L. Brooks brought TV producer and writer Sam Simon on board to help develop the series with his experience. Matt Groening, being the new kid on the block, naturally butted heads with Simon during his time on the first two seasons. Both vied for very different tones—Simon wanted something more down-to-earth and Groening wanted to go more cartoony, even suggesting at one point that Marge reveal she had rabbit ears under her trademark beehive hair. Groening once described Simon as “brilliantly funny and one of the smartest writers I’ve ever worked with, although unpleasant and mentally unbalanced.”

Conversely, staff like Brad Bird have called him the “unsung hero” of the show. To give you a taste of some of Simon’s contributions, he designed Mr. Burns, Dr. Hibbert, and Chief Wiggum; he came up with the idea that Smithers be gay, but play it with subtlety; and made Lisa a cultured intellectual who’s still a little girl at heart. Best of all, he was responsible for hiring the majority of the show’s most talented writers, including George Meyer, John Swartzwelder, Al Jean, Mike Reiss, Jon Vitti, Jay Kogen, and Wallace Wolodarsky.

Due to the tension between him and Groening, Simon was forced to walk from the show, but not before negotiating a deal that would see him earning tens of millions of dollars annually for those few years of initial work. Unfortunately, at the age of 58, Simon was recently diagnosed with terminal colorectal cancer and given an estimated three to six months to live. As if helping to give us The Simpsons wasn’t enough, he intends to leave his fortune to various charities, mostly animal-related.

We’ll crack open a Duff beer for you, buddy.

While not in his basement bowing down to his Simpsons dolls, Max Werkmeister spends his time working on short films and general tweetery.