We’re all familiar with mirrors—we look into them every day. But mirrors aren’t just for checking your appearance or looking for cars behind you when you’re driving. There are some crazy things mirrors can do, including keeping wormholes stable enough to travel through time. Mirrors and phantom limbs can help us learn about the brain, and mirrors can also allow us to measure the distance to the Moon. Here are the craziest things about mirrors. 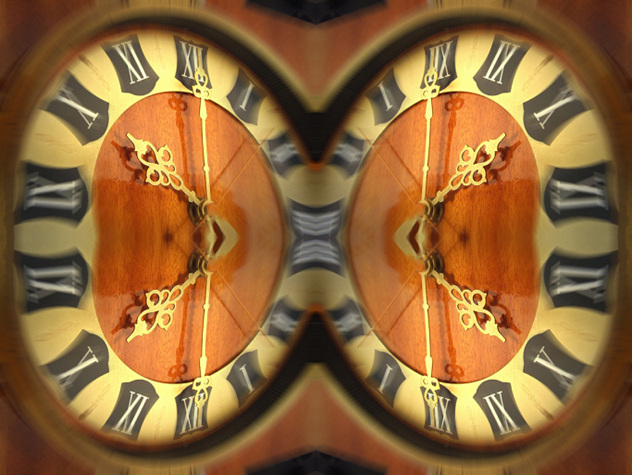 We all know that you can travel through time in a wormhole, right? The only trouble is that wormholes have a tendency to collapse, which prevents anything from passing through them. However, help is at hand, with a simple pair of mirrors. All you need is two uncharged mirrors (or metallic plates) in a vacuum, placed a few micrometers apart—make sure there is no external electromagnetic field. Now comes the Casimir effect, which is a physical force arising from a quantized field between the two mirrors.

This quantum electrodynamic force produces a mass-negative region of space-time between the mirrors, which could stabilize a wormhole, and allow faster-than-light travel. Theoretically, you could travel to the past, but not the future—so you couldn’t get next week’s winning lotto numbers, unfortunately. Another fly in the ointment is that the stable wormholes produced by the mirrors are infinitesimally small, so don’t plan a holiday to visit your ancient ancestors just yet. 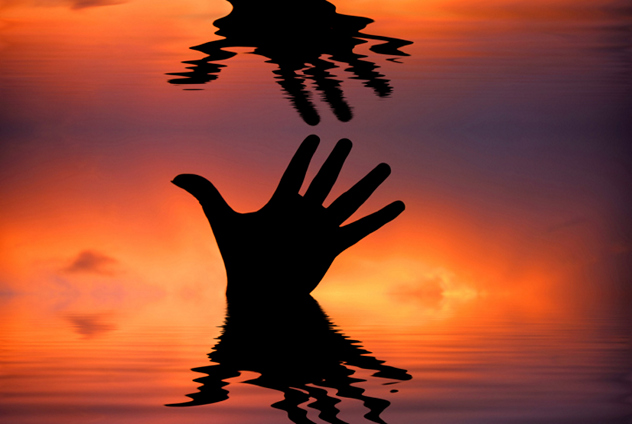 Neuroscientists are a wacky bunch, but, amazingly, experiments using mirrors on patients with phantom limbs have allowed researchers to learn a lot about how the brain works. Using a “smoke and mirrors” style optical illusion, researchers placed mirrors vertically on a table, and used them to reflected the patient’s intact limb—say a hand. This effectively superimposed the reflection of the intact hand onto the side of the phantom limb, so that—to the patient—it looked like they had both hands.

Weirdly, when the intact hand was moved, the patient felt the same movement in the phantom hand—even if the hand had been missing, and no movement had been felt for more than 10 years. When the intact hand was touched, the patient also felt the sensation in the phantom limb. By repeating the procedure several times, some patients felt their phantom limb disappear. Scientists think this effect is due to the plasticity in the brain, and the way it creates new neural pathways after losing a limb. They also think that there is a strong connection between vision and touch in the brain. 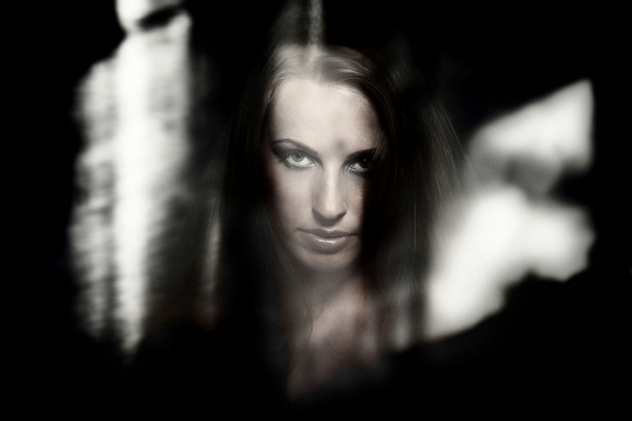 A strange illusion is conjured up when you stare at your reflection in a mirror. It’s an old Halloween trick that modern science is starting to investigate. Try it for yourself. Sit in a darkened room, about a meter (3 ft) away from a mirror, and gaze at the reflection of your face for about 10 minutes. Keep the lighting as dark as you can, while still being able to see your reflection.

At first, you will find that there are small distortions in your face in the mirror. Then, gradually, after several minutes, your face will begin to change more dramatically, and look more like a waxwork, like the face doesn’t belong to you. Some people see a series of other faces, or even fantastical monsters or beings staring back, and others see animal faces. It is a dissociative state that scientists are studying, in order to try and understand our sense of self and identity. Psychologists believe it could even help patients with schizophrenia, when they are encouraged to confront their “other selves.”

7Can Everyone Recognize Themselves In A Mirror? 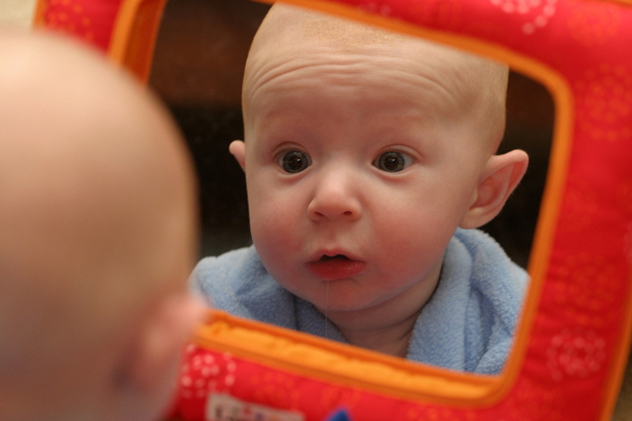 Most of us take it for granted that we will recognize ourselves in a mirror. Yet, it seems that not everyone can pass the mirror mark test for self-recognition. Scientists use a method of marking the face or body, then observing what the subject does in front of a mirror, to test for signs that they recognize themselves and try to rub off the mark. Children usually develop mirror self-recognition by 24 months of age.

However, when researchers tested non-Western children—in countries like Fiji and Kenya—these children failed to pass the test even at six years of age. But this is not a sign that they lack the ability to separate themselves psychologically from other humans. Rather, it is a cultural difference in the use of mirrors, and a problem with the effectiveness of the mirror test. These children showed freezing behavior when confronted with their own reflection, indicating that they did understand that the reflection was themselves, not somebody else.

6Animals That Have Mirror Self-Recognition 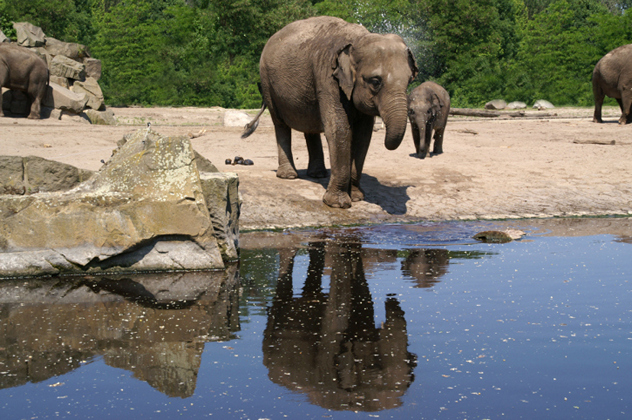 Just as many humans do not pass the current mirror self-recognition test, many animals fail it too. Could that mean that certain animals are able to pass a different test for recognizing their own reflection? Some researchers think so. For example, some elephants failed the marking method for mirror self-recognition, but showed obvious self-recognition behaviors, such as repetitive movements that showed a connection to their reflection. Perhaps some animals are simply not bothered about having marks on them, and therefore don’t react.

Gorillas also failed the test, and were thought not to have mirror self-recognition. However, gorillas are easily embarrassed—eye contact is very important in gorilla societies—and after looking at their reflection, they tend to go off somewhere private to remove the marks they saw in the mirror. They are now accepted as having mirror self-recognition. The arguments are flying as to the effectiveness of the marking method, and it could be that many other species are much more self-aware than we give them credit for. Animals that pass the traditional mirror self-recognition test include chimpanzees, orangutans, bonobos, gorillas, elephants, bottlenose dolphins, killer whales, and European magpies.

5Mirrors On The Moon

The Laser Ranging Retroreflector was left on the Moon by Apollo astronauts, and is used to calculate the distance from the Earth to the Moon. It is essentially a series of corner-cube reflectors—a special type of mirror—which reflect a laser beam back in the direction it came from. These laser beams are aimed at the Moon from large telescopes on Earth, and their reflected light allows scientists to calculate the distance to the Moon with an accuracy of up to just 3 centimeters (1.2 in).

Not only can the Laser Ranging Retroreflector measure the distance from the Earth to the Moon, but it has improved our knowledge of the Moon. For example, it has provided information about the Moon’s orbit, and we now know that it is receding from Earth at about 3.8 centimeters (1.5 in) per year. These measurements have even been used to test Einstein’s theory of relativity. 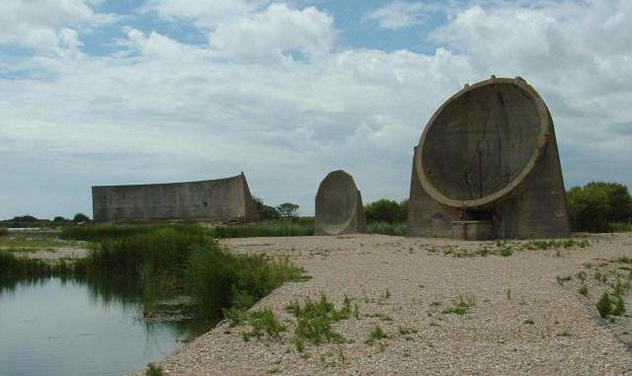 Mirrors are not just for gazing at your reflection. Mirrors can actually reflect sound as well as light. Mirrors that reflect sound waves are known as “acoustic mirrors,” and were used in Britain during World War II to detect certain sound waves coming from enemy aircraft. This was before the development of radar.

Several were built around the coast of Britain, and are still standing today—the most famous ones are at Denge, near Dungeness, Kent. There is no public access to them, but they can be seen on a special guided walk. The only sound mirror outside of Britain is also one of the biggest: the 61 meter (200 ft) sound mirror in Maghtab, Malta. It is known locally as “il widna,” which means “the ear.” It is a well-known secret, and there is no public access to it. 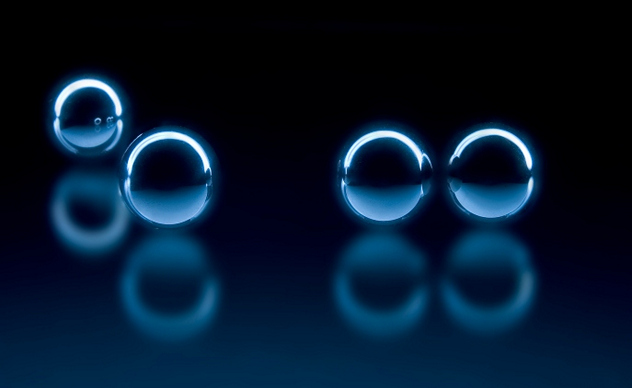 Amazingly, mirrors can also reflect matter. Such mirrors are known in physics as “atomic mirrors.” An atomic mirror reflects atoms of matter just as a conventional mirror reflects light. They use electromagnetic fields to reflect neutral atoms, although some just use silicon water.

The reflection from an atomic mirror is essentially a quantum reflection of a wave of matter, and works for reflecting neutral atoms that are moving slowly. These atoms are basically repelled from the surface of the mirror. This can be used to trap slow atoms, or to focus an atomic beam. Atomic mirrors work better if they are ridged, because of the larger wavelengths of matter compared to minute photons of light. 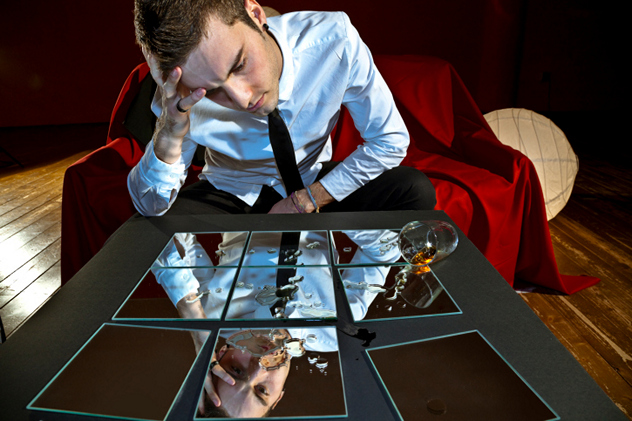 It’s actually a myth that a mirror reverses your image—your reflection is not flipped. What you see is the left-hand side of your face on the left of the mirror, and the right-hand side on the right, giving the illusion that your reflection is reversed. However, a non-reversing mirror, or “true mirror,” was developed. It allowed the user to see their reflection as others saw them—primarily for applying cosmetics.

It’s easy to make a true mirror yourself—simply position two conventional mirrors at 90 degree angles, and look at your reflection from the join. A true mirror gives you a 3-D reflection, which moves as you do, rather than giving you the flattish image you get in an ordinary mirror. It allows you to see yourself as the world sees you. Try it if you dare.

1Splitting Light With A Mirror 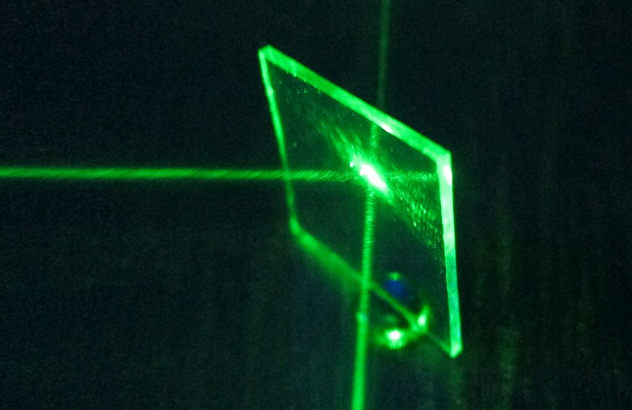 Mirrors can not only reflect light, sound, and matter, but they can also split light beams. Many beam splitters use mirrors, and are commonly used in many scientific instruments, including telescopes. A basic beam splitter is a cube, made from two glass prisms connected at their base. As a beam of light hits the beam splitter, half of it continues along its path, and the other half is reflected at a 90 degree angle. There are various versions of the beam splitter that try to reduce the loss of light, but this is the basis of a beam splitter.

It turns out that mirrors are amazingly versatile—who knew?

Dr Ruth Searle is a marine biologist with a PhD in humpback whale ecology and behavior. She is also a freelance writer and science nut. She writes to fund her incurable addiction to swimming with whales. Her research foundation is at: www.hwrf-uk.org.