Aside from gastronenterologists and middle schoolers, most people don’t talk much about poop. With the exception of North Korea’s former dictator Kim Jong-Il (who claimed in his campaign of self-deification that he never defecated), everybody poops. We may like to keep our bathroom habits private, but it turns out they’re surprisingly interesting. 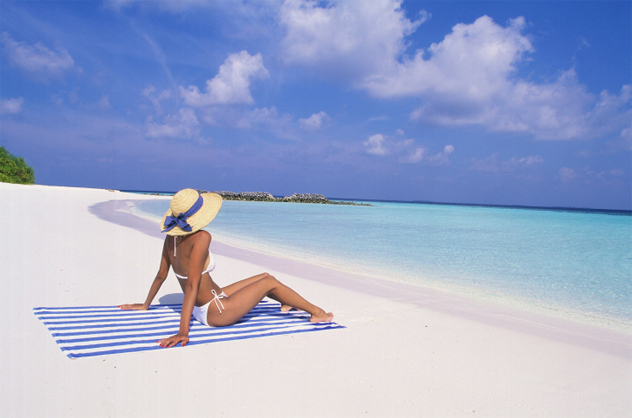 The white-sand beaches of the Caribbean are often considered heaven on Earth, but they actually have a rather disgusting secret. Much of that sand you’re sunbathing on is actually the poop of parrotfish. There are approximately 90 species of parrotfish, so named because of their teeth, which are so densely packed that they resemble a parrot’s beak.

The diet of the parrotfish is composed primarily of things like parasites and seaweed, but while feeding, they tend to scrape coral with their teeth. The coral is in turn excreted as sand. A single fish can produce 91 kilograms (200 lbs) of sand in a year. On top of that, parrotfish are critical to the survival of coral reefs, as they create space for new reef to grow. 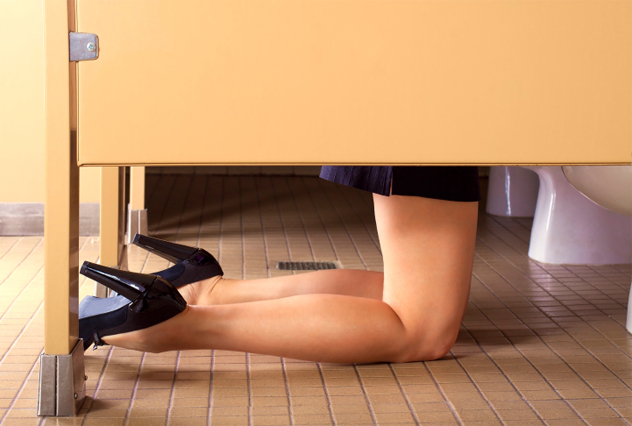 In one particularly poignant episode of South Park called “Red Hot Catholic Love,” the boys learn that by shoving food up their rectums, they can actually poop from their mouths. While this is a bit of a stretch, there actually is a bizarre and obscure medical condition called fecal vomiting. This is caused primarily by some kind of blockage in the intestines, which forces digested food to reverse its course.

Such blockages can be the result of tumors, intestinal torsion, or even severe constipation. As you can imagine, the taste of this sort of regurgitation immediately distinguishes it from any other condition. Should this occur, emergency medical assistance must be sought immediately because the condition can be lethal. 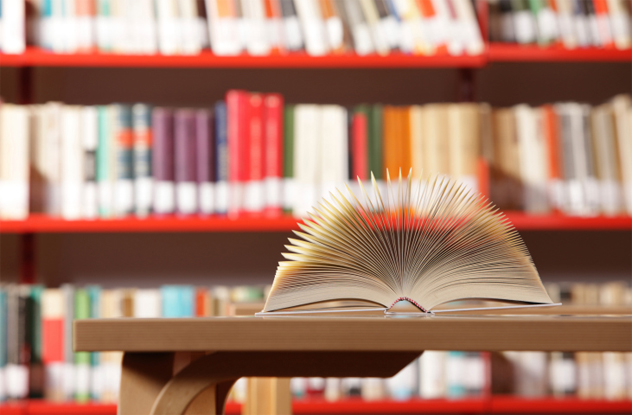 If a trip to the bookstore sends you doing the penguin walk straight to the bathroom, you aren’t alone. In 1985, a woman named Mariko Aoki wrote an essay for an issue of the Japanese magazine Han no Zasshi explaining her uncontrollable urge to go to the bathroom while perusing the shelves at bookstores. Surprisingly enough, the article resonated with the public, with others claiming to have experienced this as well.

Whether this “phenomenon” exists outside of Japan is up for debate. Theories supporting the veracity of this claim are wide-ranging, with some claiming that perhaps the smell of the ink, paper, or binding glue has a kind of laxative effect. Others say that the bodily position assumed by looking at books eases the body into wanting to poop. Of course, it may simply be that the act of reading (which the majority of people do while sitting on the toilet) subconsciously triggers a physiological response.

7 Poop On The Moon 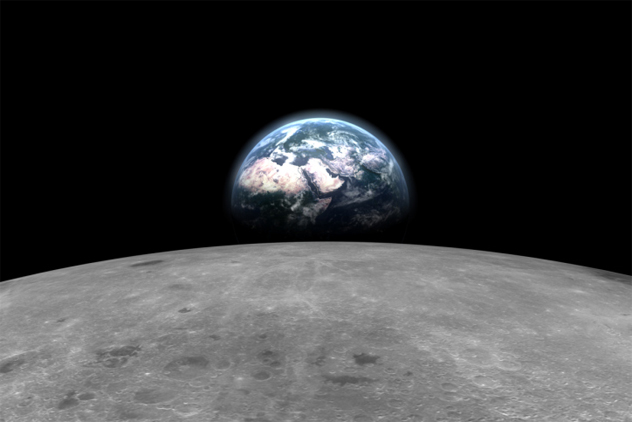 Like most places humans have set foot, the Moon is littered with garbage. This includes rovers, probes, and orbiters. Apollo astronauts who walked across the surface of the Moon left behind various evidence of their presence to honor mankind, including flags and trinkets. But, like a defiled campsite, they also left plenty of filth. By some estimates, there are almost 200 tons of trash left behind.

Should you one day travel to the Moon, in addition to memorials to those fallen in the space race, you will also find 96 bags full of the astronauts’ waste— plenty of urine, feces, and vomit that would have been far too expensive to return to the surface of the Earth, especially given the fact that hundreds of pounds of moon rock had been gathered. 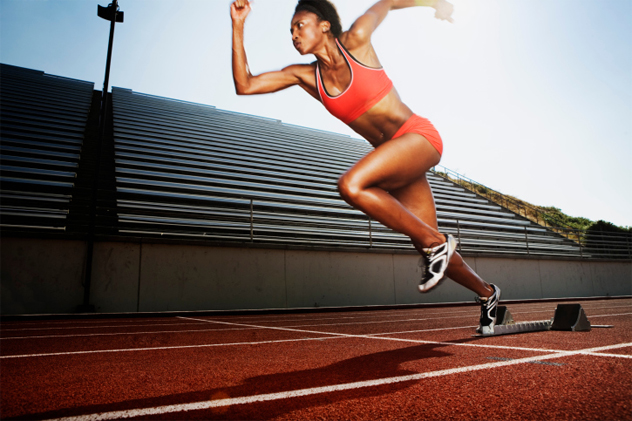 Most people in the throes of gastrointestinal distress can simply call in to work and take the day off. But professional athletes are often forced to keep working no matter ill they may be feeling. Perhaps the most famous example of this was basketball player Michael Jordan’s so-called “Flu Game.”

Jordan’s Chicago Bulls were battling the Utah Jazz in the 1997 NBA Finals. They’d split the first four games of a seven game series evenly, and game five had heavy implications. The night before the big game, Jordan woke up sicker than he’d ever been in his life. He suffered bouts of vomiting and diarrhea and could barely stand. Medical personnel assured him that he would not be able to participate in the game. Despite losing several pounds and being hollowed out by fatigue, Jordan went out on the court and gave his all, scoring 38 points and securing the Bulls the win.

More recently, Paula Radcliffe squatted on the sidelines of the 2005 London Marathon and relieved herself in front of the crowd, just feet from spectators. She would also go on to win, with a finishing time more than five minutes ahead of the next closest runner. The BBC announcer of the event exercised typical British tact when he informed the audience that Radcliffe was squatting to “relieve a cramp.” 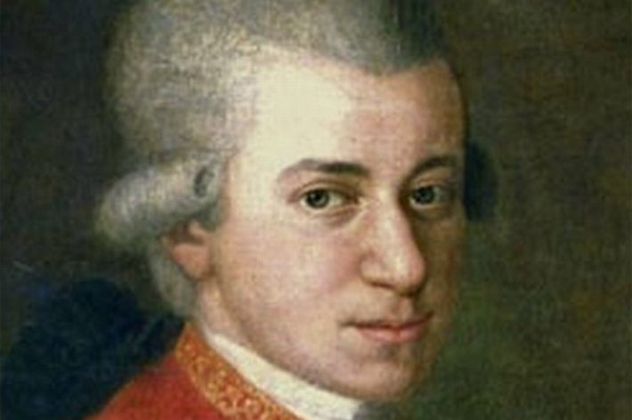 Austrian wunderkind Wolfgang Amadeus Mozart was best known for his vast musical talent, composing dozens upon dozens of symphonies, concertos, and operas. A childhood prodigy, he toured the royal courts of Europe, rubbing elbows with aristocrats. And yet despite the genteel company he kept, Mozart maintained a decidedly lowbrow sense of humor.

Indeed, the lauded composer was obsessed with the scatological. Dozens of letters he wrote to his family contain gross verses like this:

“Well, I wish you good night
But first sh–t into your bed and make it burst
Sleep soundly, my love
Into your mouth your arse you’ll shove”

He also wrote a few songs with bathroom references for performance amongst friends and family. Many musical scholars, shocked by this ribald language, have attempted to pin any number of mental illnesses on the composer to explain his silver tongue, including Tourette’s Syndrome. However, it is more likely that he was just a kid at heart. 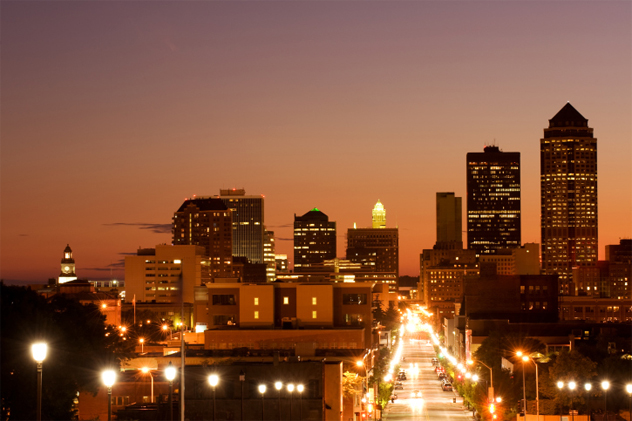 When Europeans landed in the New World, their treatment of the Native Americans was questionable at best. And yet despite the settlers’ murderous disregard for the indigenous people, the names of many American places are taken from the native languages (including the names of most US states and some Canadian provinces, like Quebec and Yukon).

One such place may be Des Moines, Iowa. At first glance, the name would appear French, and it is— the long accepted etymology of the name is “of the monks,” possibly referring to Trappist monks who made the area their home. However, a controversial theory has since been advanced that the name was just one big scatological prank.

Some linguists studying the Algonquin language have ascertained that the word “Moines” refers not to monks, but is actually a francophone derivation of “Moingoana,” a tribe that lived in the area. This name was reported by Marquette and Joliet, French explorers who passed through in 1673. It is believed that the name was supplied to them by the Peoria tribe, who were rivals of the Moingoana. Of course, “Moingoana” wasn’t the tribe’s real name . . . in the Peoria tongue, it meant “the sh–t faces.” It would seem that the Peoria were merely insulting their neighbors and having a bit of fun at the white man’s expense. 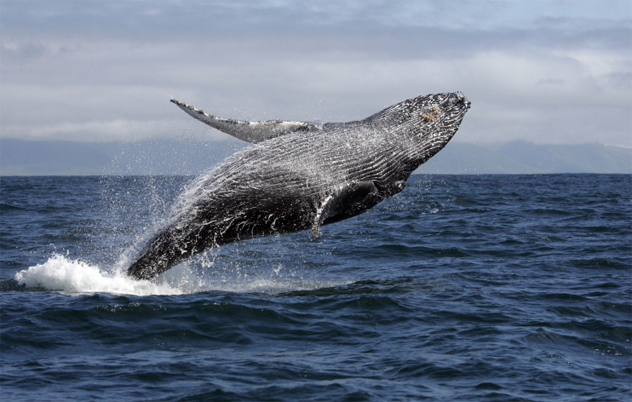 Poop can tell a lot about the depositor. Besides the obvious, like the diet, hormone levels in the feces can communicate a great deal about the animal’s sex, stress levels, and overall health. In September of 2001, scientists conducting an experiment on whale feces in Canada’s Bay of Fundy came to a dramatic conclusion about whales after the tragedy of 9/11. Almost immediately after the attack, governments halted commercial traffic, including planes and boats. For a short while, the Bay of Fundy was quite peaceful.

Whales are incredibly intelligent and sensitive animals, and the absence of maritime traffic apparently enthralled them. Without boats churning through the water (including freight vessels, fishermen, and automobile ferries), these leviathans of the sea suddenly knew great solace. The scientists collecting their feces found that the levels of glucocorticoids (metabolites of stress hormones) in the animals fell dramatically. The study concludes that the noise of ocean traffic torments whales, and that chronic stress in whales and other species can be disastrous to their health. 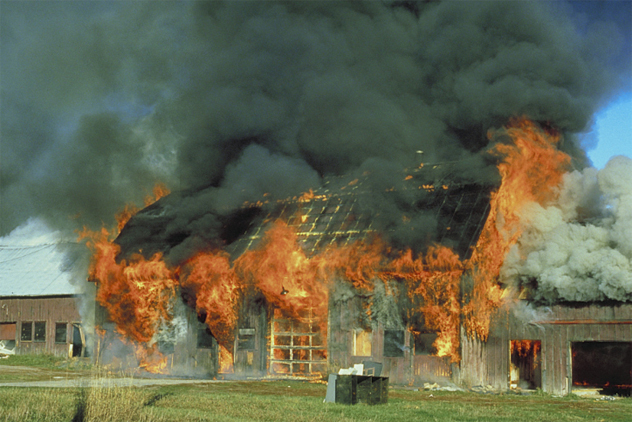 Huge piles of poop are most certainly disgusting, and can certainly be a health hazard. But few would label a pile of manure downright dangerous. Some farmers, however, have learned the hard way about the dangers of poop. As manure decomposes, microorganisms inside cause it to generate heat. If it reaches a sufficient temperature, it can actually spontaneously combust.

These fires are more common than you might imagine. In 2009, a manure fire torched 6,000 acres in California’s Ventura County. In 2005, a four-million-pound pile of cow manure caught fire on a feedlot near Lincoln, Nebraska. It could not be extinguished using conventional means, as dousing it with water would lead to thousands of gallons of contaminated runoff, and the mess went on smoldering for months before it went out. 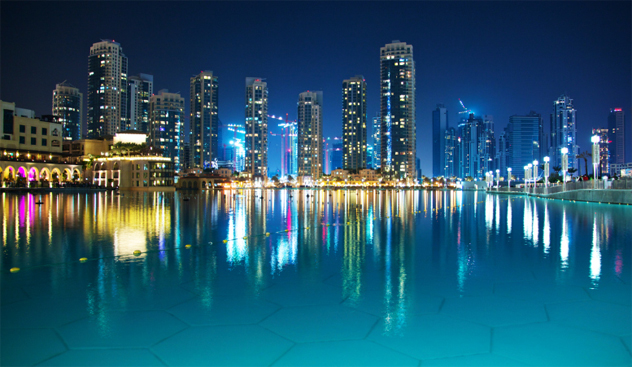 The premier city of the United Arab Emirates, Dubai was an extremely rustic area until the discovery of oil in 1966. Since then, more and more oil deposits have been uncovered, and the city has risen from the sand nearly overnight. Dubai has been rated the best place in the Middle East to live, and boasts beautiful, glittering skyscrapers like the Burj Al Arab Hotel (advertised as the world’s most luxurious hotel) and the Burj Khalifa, the tallest building in the world. With a height of 828 meters (2,717 ft), the Burj Khalifa is more than double the height of the Empire State Building.

Unfortunately, some amenities are bound to suffer in the face of such unchecked expansion—most notably, the sewage system. Although the skyline gleamed, the sewers were extremely scant or completely non-existent. Sewage trucks had to service the thousands of septic tanks from cutting-edge buildings.

With only one processing plant in the city, the line of trucks often trailed for miles, with thousands of gallons of sewage baking in the unforgiving desert heat. It could take two days or more to deliver a load. Some frustrated drivers dumped illegally on the roadside, unwilling to wait any longer despite the threat of serious fines. Luckily, since 2009, the situation has improved with a second sewage processing facility and an updated infrastructure.