We all make mistakes—it’s a part of being human. If we spill a glass of water on the rug, we just clean up the mess and get on with our lives. No big deal, right?

Unfortunately, tiny mistakes can go a long way in making history happen. We can only guess how different things would be right now, were it not for a few choices that affected the whole world.

9 The Wrong Turn That Started World War I 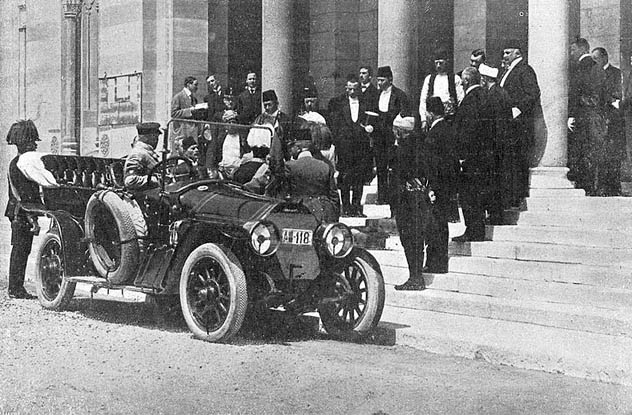 The assassination of Archduke Ferdinand of Austria was one of the biggest sparks to set off World War I—and it happened purely due to one very dumb mistake.

Two assassination attempts happened on that fateful day. The first failed miserably because the duke’s chauffeur managed to deflect a bomb the assassins had thrown at their car. The resulting explosion wounded several bystanders and members of the duke’s entourage, but it left the duke and his wife unhurt. After escaping to safety, the duke insisted that he visit the victims of the bombing.

On the way to the hospital, the chauffeur made a wrong turn, leading them straight into one of the assassins. Gavrilo Princip had been laying low inside a cafe when he saw the oncoming car carrying the duke and duchess. From a distance of just a few feet, Princip fired off two shots as the car tried to reverse. The bullets hit their mark. The duke and duchess were dead, and all hell broke loose shortly afterwards. 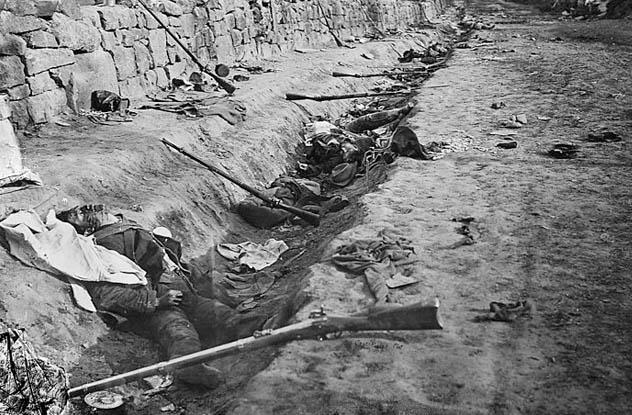 Perhaps one of the greatest single mistakes that unnecessarily extended the American Civil War was making James Wolfe Ripley the Union’s chief of ordnance. A conservative man by all accounts, Ripley consistently blocked every move to purchase better arms for the Union, usually claiming they were too expensive. He especially resisted the idea of purchasing breech-loading rifles and thought that the Union’s smoothbore rifles worked well enough. They didn’t.

One of Ripley’s greatest failings though, was his ego. One aide suggested that they buy a whole load of Enfield rifles that the British were planning to sell off for practically nothing. Ripley thought it unimaginable that America should go to their old enemy for help. He also predicted that the conflict would be over in a few months’ time.

He would later regret that prediction as the Confederates purchased the British guns and used them to whoop the Union in the early battles of the war. As for Ripley, he was finally ousted in 1863—after a full two years of being a thorn in the Union’s side. 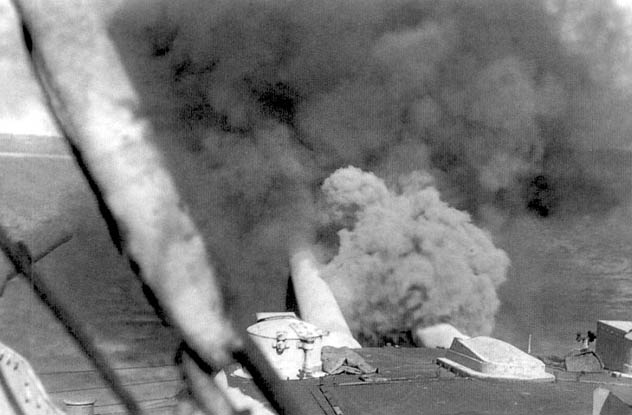 In this disastrous World War I campaign, Allied forces tried to secure the strait along the Gallipoli peninsula to open a route with Russia. Instead, they got an extremely grueling eight-month static battle that saw hundreds of thousands of dead Allied and Ottoman forces.

One stupefying reason why the Allies suffered such a high casualty rate was due to their simple failure of synchronizing their watches. In one operation during the campaign, Allied naval forces ended the bombardment a full seven minutes early, allowing the Turks plenty of time to regroup in their trenches. As a result, more than half of the 600 Australians sent to charge the enemy ended up dead or wounded as Turkish fire mowed them down.

Eventually, the stalemate and high casualty rate forced the Allies to pull out from the campaign, resulting in a huge Ottoman victory. 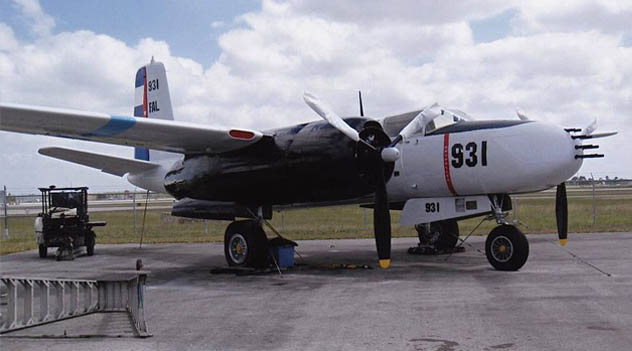 During the hugely disastrous Bay of Pigs campaign, Fidel Castro’s forces decisively defeated a sloppy invasion attempt by US-backed Cuban dissidents. During the battle, an American promise to provide air cover never materialized, largely due to neglect. Military and CIA planners forgot to factor in the time difference of one hour between Cuba and their airbase in Nicaragua.

Not only did the bombers arrive too early, but they also failed to rendezvous with their escort fighters from the Navy. When it became clear that the invasion would fail, JFK stopped further direct American action.

The aftermath—which also saw the deaths of four US pilots—greatly humiliated JFK, who was forced to take responsibility for the debacle. For what it’s worth, JFK gained experience in handling international incidents, a tool he would later need during the Cuban Missile Crisis. 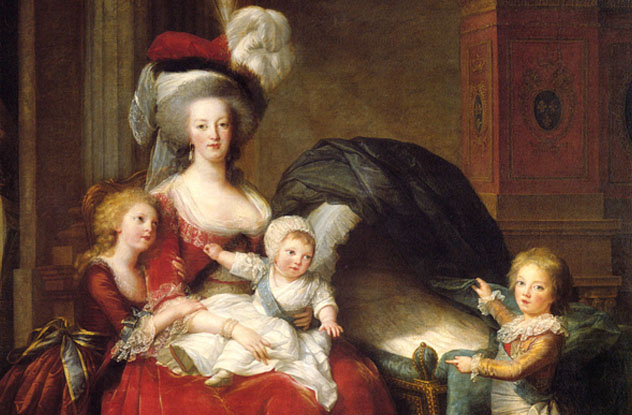 The French Revolution would have taken a very different path had Louis XVI and Marie Antoinette managed to escape. They tried to, but that didn’t go so well, thanks to the queen’s many blunders.

Originally, the king planned to secretly leave Paris alone and mobilize his allies for a counterrevolution. At the last minute, Marie Antoinette became adamant that they should travel together with the children. Instead of a small but fast vehicle, Marie Antoinette and her family traveled in a large, slow-moving carriage, complete with luxurious amenities. That, plus a few other mishaps—she got lost inside a maze for 30 minutes on the way to the rendezvous—ultimately led to the family’s downfall.

Besides delaying the royal pair, the carriage’s aristocratic trappings attracted suspicion, especially from one eagle-eyed postmaster by the name of Jean-Baptiste Drouet. Some sources say Drouet recognized the king from a coin or banknote. Others say he saw an officer salute the carriage as it passed through his village. Regardless, he sped off to the next village and informed them of the king’s secret arrival. Sure enough, revolutionaries of that village stopped the carriage and accosted the royal family. The jig was up. 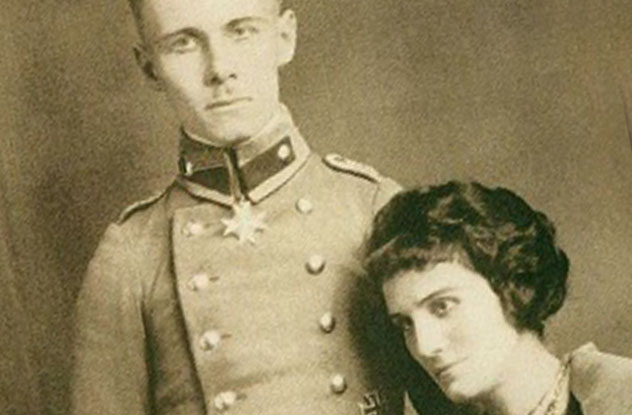 One of the most pivotal moments in World War II caught Erwin Rommel with his pants down. The Desert Fox, tasked by Hitler to defend the coast of France, had gone to Germany to celebrate his wife’s birthday on June 6.

Due to weeks of enemy inactivity and bad weather, Rommel believed that an invasion—although imminent—was still some ways off. So he flew back to his wife and son on June 5. As a result, when D-Day rolled around, utter chaos reigned in the German defenses as the men were left without one of their finest tacticians.

Rommel himself owned up to his mistake and uttered “How stupid of me” when he heard of the invasion. Although Rommel rushed back as quickly as he could, the damage was done. The Allies had strongly secured their beachheads, and nothing was going to stop them from going to Germany.

We still need to credit the Allies for tricking the Germans into second-guessing the invasion’s time and location. But the Germans would have stood a far better chance if Rommel had just settled for sending his wife a birthday telegram. 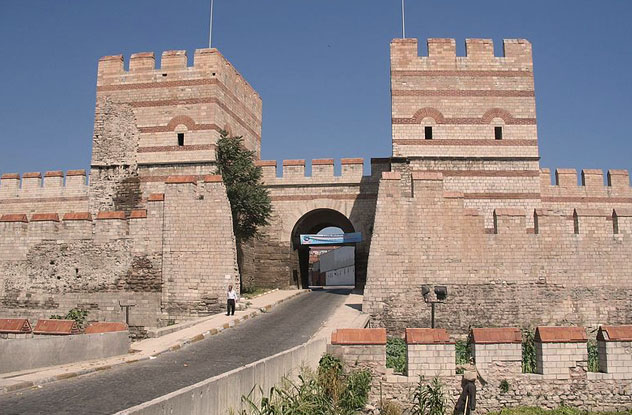 The Fall of Constantinople in 1453 had a huge rippling effect on the Western world. It effectively ended the Middle Ages, marked the start of Ottoman domination, and ushered in the Renaissance. We can wonder just how different the world would be right now if the Byzantines successfully defended Constantinople.

Contrary to popular belief, the Byzantines actually had a pretty good chance of winning. Even though the Ottomans had the numerical advantage and the cannons, the thick and high walls surrounding Constantinople prevented them from quickly overwhelming the capital. If the Byzantines had held out long enough, help from their European allies could have turned the tide of battle. Besides, the defenders themselves were no pushovers and managed to inflict high losses on the invaders.

Unfortunately, the Byzantines’ brave efforts were wasted due to a very critically dumb error: Someone forgot to close a gate. Ironically, this was the same gate the Byzantines used to retake their city from the Crusaders 200 years previously. According to Byzantine historian Doukas, after the Ottomans took the gate and raised their flag above its tower, chaos ensued. The defenders were now convinced that their city was doomed. Resistance faded shortly afterward and ended with the Ottomans finally taking Constantinople.

While the mystery of Stalin’s death is a magnet for conspiracy theories, his paranoia proved to be his greatest undoing.

As with all dictators, Stalin was obsessed with his personal security. He forbade anyone from entering his room without his consent because he constantly feared an assassination.

So when the man one day didn’t leave his room for his normal routine, his guards began to worry. If they entered without his permission, they could be imprisoned or executed. The same fate also awaited them if it turned out to be an emergency and they failed to help him.

Even after they found the dictator in a helpless heap inside his room, his staff still feared him greatly. Doctors sent to help him could not stop their hands from trembling when they examined him. Four days later, the great dictator was dead, the victim of (apparently) a massive stroke.

1 The Spy Who Fell Asleep And Lost His Papers 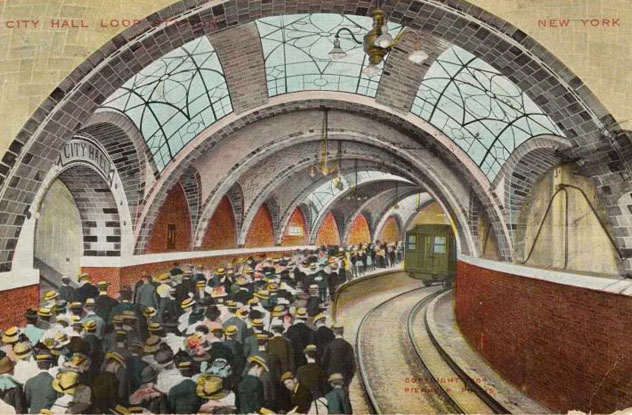 The German diplomat Heinrich Albert, who happened to be the official paymaster of the World War I spy ring in America, took a nap one day in July 1915 while riding the subway. A sudden stop startled the man, and he quickly left the carriage—leaving behind a briefcase filled with subversive files.

After he realized his mistake, he rushed back inside the train. Unfortunately, the briefcase had already been snatched up by Frank Burke, a Secret Service agent tailing Albert. The German chased the agent, but Burke managed to elude him by hopping onto a trolley.

The US government, instead of officially confronting Germany, decided to preserve its neutrality by just leaking the documents to the press. The subsequent fallout resulted in the offending diplomats being shipped back to Germany, and it greatly swayed American public opinion even further toward the war.

As for Albert, he was greatly rewarded for his bumbling efforts. He was made a secretary of state in the German Weimar Republic and later on established a prosperous law firm that represented American interests in Germany.