When people think of Adolf Hitler, the first thing that usually comes to mind is that he was one of the most evil men in history, responsible for the deaths of over six million Jewish people. They don’t tend to think that he was a man who inspired the love and often fanatical devotion of quite a few women. Sadly, he did.

But who were these women? Some of them have achieved a degree of infamy in their own right, but others have remained hidden in the shadows of history. Here is a list of some of the women in Hitler’s inner circle. 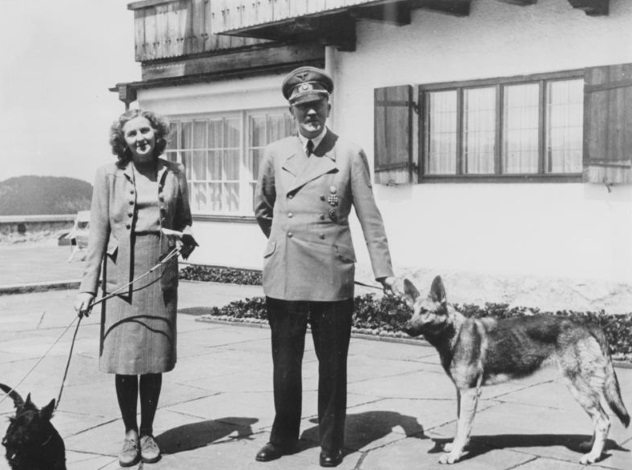 You can’t write a list about the women in Hitler’s inner circle without including Eva Braun. She was 17 years old when she met Hitler. He was 40. She’d been working as an assistant to a photographer. Deeply troubled, her relationship with the Nazi leader was fraught with jealousy, and Eva attempted suicide at least twice. Nonetheless, Eva and Hitler apparently enjoyed a normal sex life. When Eva showed friends a photograph she had taken of British prime minister Neville Chamberlain sitting on a sofa in Hitler’s Munich flat, she apparently laughed and said, “If only he knew what goings-on that sofa has seen.”

Despite being so entwined in Hitler’s life, Eva wasn’t very well-known to the German people at the time. She acted as hostess at Hitler’s private mountaintop retreat at Obersalzberg, but she did not play a public role.

Loyal to Hitler to the end, Eva Braun joined him in the bunker beneath the Reich Chancellery, and on April, 29, 1945, the two were married in a short ceremony. Several hours later, the newly married couple committed suicide. Eva bit down on a cyanide capsule and killed herself beside her new husband.[1] 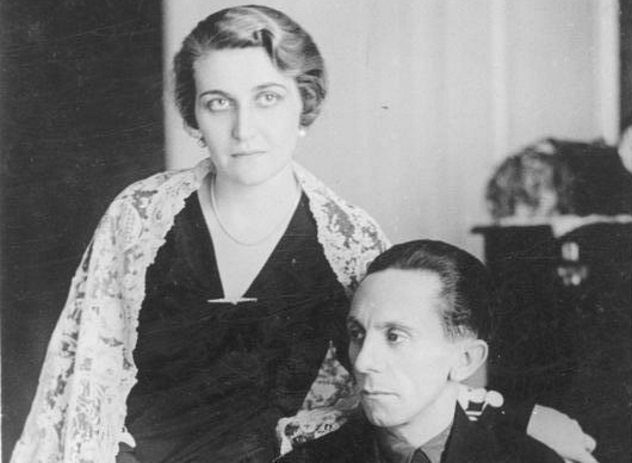 Magda Goebbels was the wife of Nazi propaganda minister Joseph Goebbels. They probably married for reasons of mutual self-advancement rather than love, but Magda gave her husband six children. The marriage was troubled. Goebbels was almost pathologically unfaithful to Magda and was also jealous of her closeness with Hitler. Equally, Magda herself had at least two lovers.

While it has always been supposed that Magda was a fervent supporter of the Third Reich up until the very end, there is some evidence to suggest that she had started to have doubts about Hitler when the war started to go wrong. During one of the fuhrer’s radio broadcasts, she apparently switched off the radio in frustration, saying, “What a load of rubbish.”

Nevertheless, following Hitler’s suicide in the bunker, Magda and Joseph also chose to take their own lives. They murdered their six children, first by giving them morphine to make them sleep and then by breaking a cyanide capsule in each of their mouths.[2] Their deaths were avoidable because Magda was given ample opportunities to have them spirited out of Berlin. Magda and Joseph killed themselves that same day. 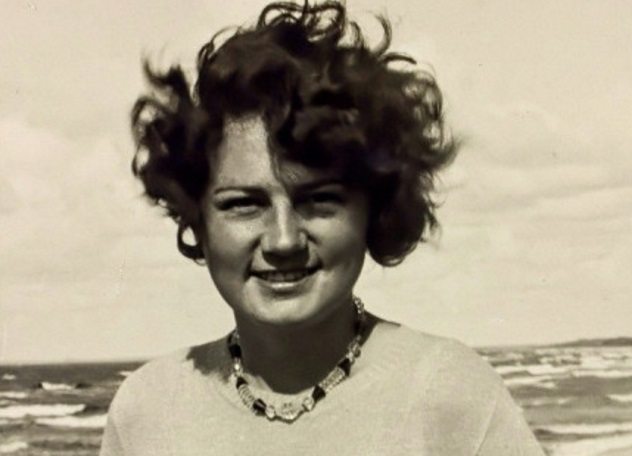 Geli Raubal was Hitler’s half-niece through his sister, Angela. When Geli enrolled at Ludwig Maximilian University in Munich to study medicine, she moved into Hitler’s apartment. Hitler immediately became somewhat domineering and covetous of young Geli. When he discovered that she was in a relationship with his chauffeur, Emil Maurice, Hitler forced them to break it off.[3] He fired Maurice and insisted that Geli be chaperoned everywhere thereafter.

In late 1931, when Hitler refused to let Geli travel to Vienna, she apparently took a pistol and killed herself.

Historians still debate whether Hitler’s relationship with Geli was a sexual one. Rumors circulated at the time that the girl was either infatuated with her step-uncle or was the victim of his abusive attentions. Either way, the connection was certainly an unhealthy one.

Hitler apparently later declared that Geli was the only woman he ever really loved. He maintained her bedroom at the Berghof just as she had left it and hung portraits of her in the Chancellery in Berlin. 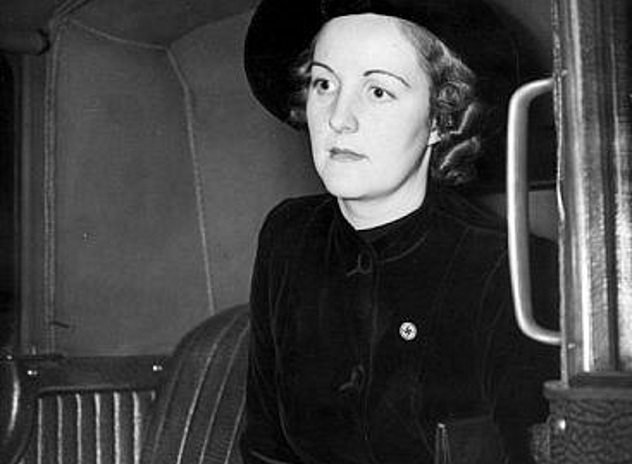 Not all the women in Hitler’s inner circle were German. The Honorable Unity Mitford was a beautiful English aristocrat, one of the “Mitford girls,” socialites of the 1930s, several of whom had curious and troubling marriages. Unity was probably the strangest of them all.

Obsessed with meeting Hitler, she traveled to Germany in 1934 and practically stalked him, finally meeting him in a Munich restaurant. Firmly established in his inner circle, Unity became a supporter of the Nazi regime. Hitler offered her an apartment in Munich, including one still being lived in by a Jewish couple. Apparently, Unity went to the apartment to size it up for refurbishment while the soon-to-be-dispossessed couple wept in the kitchen.

When war was declared, Unity attempted suicide by shooting herself in the head. She survived and was returned to England. Incapable of looking after herself, Unity spent the rest of the war being cared for by her family. The bullet was deemed too close to her brain to remove. In the end, that’s what killed her. In 1948, she died from meningitis caused by cerebral swelling around the bullet.[4] 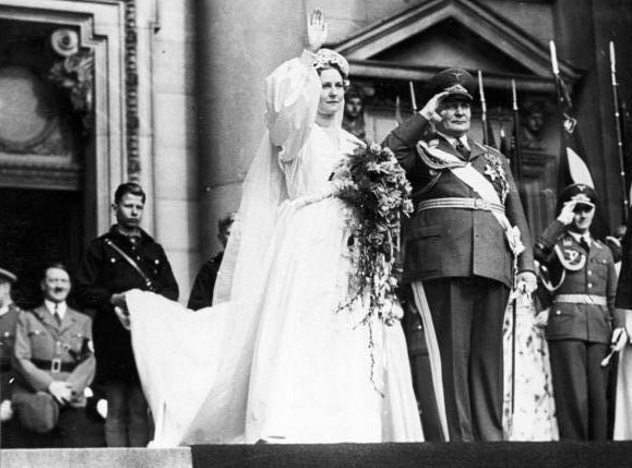 Emmy Goering was a German actress and the second wife of Hitler’s Luftwaffe commander in chief, Hermann Goering. She became known as “First Lady of the Third Reich” because she served as hostess for many state functions before World War II. In her capacity as “first lady,” she engendered the jealousy of Eva Braun, whom Emmy disliked. It was because of Eva’s jealousy that Emmy was never invited to the Berghof.

Despite this, Emmy received a great deal of public attention from the German media. She lived a lavish lifestyle and was often featured in magazines and newsreels. To populate her many mansions with works of art, she and her husband received countless paintings which had been confiscated from Jews.

When the war ended, Emmy was convicted of being a Nazi and sentenced to prison. She was released after serving a year-long sentence. Thereafter, she was prevented from returning to the stage to earn a living, and she ended up residing in a small apartment in Munich. She died in 1973.[5] 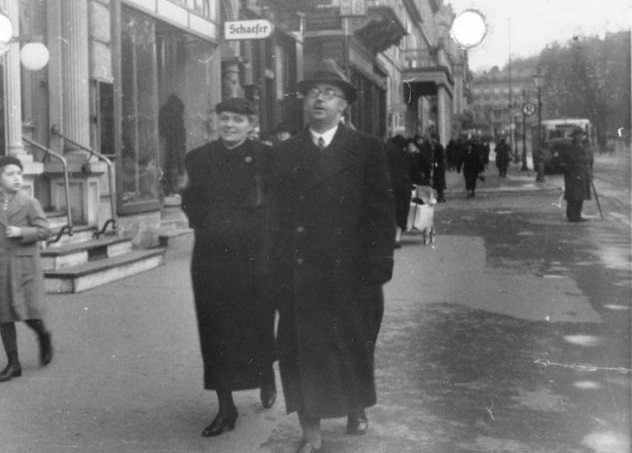 Margarete was a nurse who was divorced from her first husband when she met Heinrich Himmler. She was also seven years older than him. But these weren’t the main objections Himmler’s family had when he told them he wanted to marry her. Margarete was also a Protestant.

Characterized by her in-laws as something of cold fish who preferred being a housewife, Margarete still dutifully fulfilled her social obligations as the wife of an important figure in the regime. However, the wives of the SS officials didn’t warm to Margarete, with whom she was often antagonistic. Lina Heydrich and Margarete loathed each other.

After the war, Margarete was arrested along with her daughter, Gudrun, and held at various internment camps. Her interrogators soon realized that she knew little of her husband’s work, and the two were eventually released. Margarete resumed her life in Munich with her family. Despite her protestations that she was ignorant of the Nazis’ plans to exterminate the Jewish people, she nevertheless remained a committed National Socialist.[6] 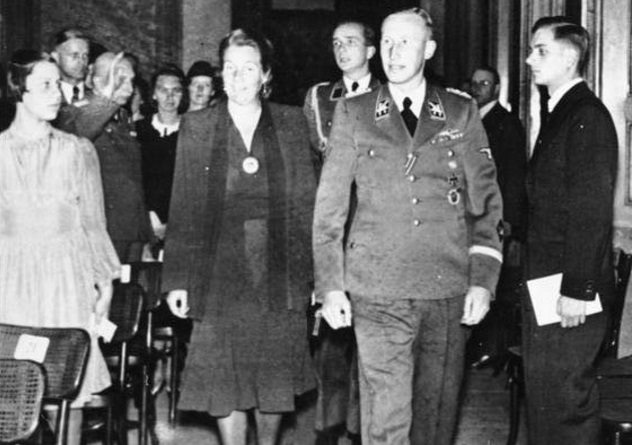 Lina was the wife of Reinhard Heydrich, head of the Gestapo, Kripo, and SD and one of the main architects of the Holocaust. Considered one of the most brutal members of the Nazi regime, Heydrich earned the dubious appellation of being “the man with the iron heart” from Hitler himself.

Lina’s marriage to Heydrich immediately presented a problem because her new husband was dismissed from his former position in the Navy when he was accused of breaking an engagement promise to another woman. Lina took matters into her own hands and suggested that Heydrich apply for a job in counterintelligence. Himmler suggested a meeting with Heydrich but sent a message cancelling it at the last minute. Lina ignored this message and sent her husband anyway. Her efforts proved successful when Heydrich was hired on the spot. Her husband was assassinated by British-trained Czech and Slovak soldiers in 1942.

After the war, Lina, controversially, was able to claim a German pension from the West German government because her husband had been a colonel who died in action.[7] She defended her husband until her own death in 1985. 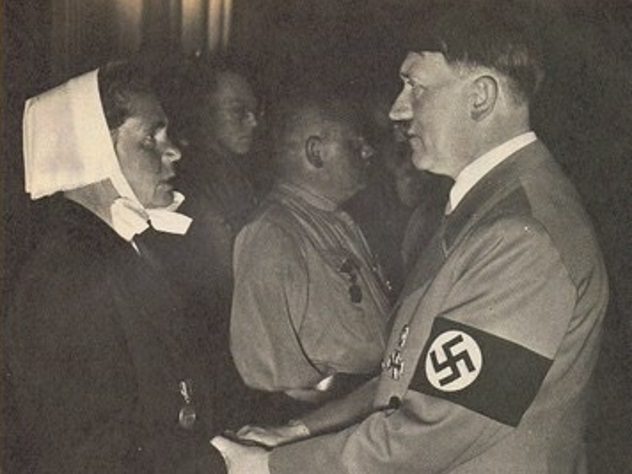 Trained a nurse, Eleonore gave birth to two illegitimate children in her youth, worked in Cairo, and married and divorced twice before finding herself in Munich in 1920. A close friend of Hitler, she was a founding member of the National Socialist German Worker’s Party. She was arrested several times for making anti-Semitic speeches. She was also the only woman to take part in the infamous Beer Hall Putsch.

Baur played a significant role in establishing and administering the Dachau concentration camp outside Munich. Accused of using the prisoners there to renovate the villa Hitler had given her, Baur developed a reputation within the camp as a thoroughly unpleasant bully.[8] Other prisoners accused her of whipping them while at her home.

Baur was arrested for her alleged crimes immediately after the war. However, it wasn’t possible to convict her due to insufficient evidence, and Baur was released. However, she was sentenced to ten years in prison by the denazification court in Munich. Like several Nazi wives, she successfully claimed a pension after her release. She never renounced National Socialism. Baur died in 1981. 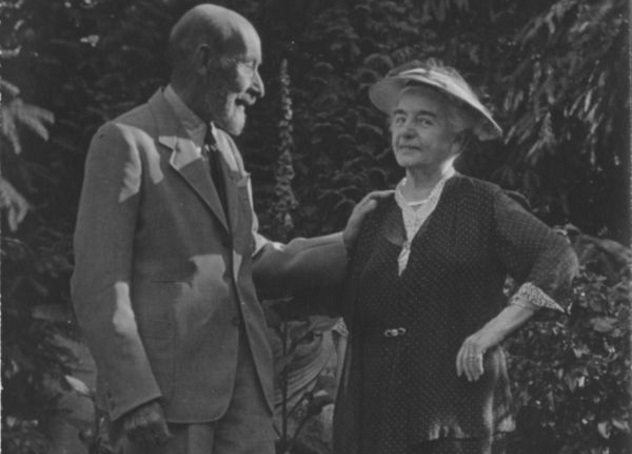 A Romanian aristocrat, Elsa Bruckmann was born Princess Cantacuzene of Romania, daughter of Prince Theodor of Romania. She was married to German publisher Hugo Bruckmann. Both of them were devotees of Hitler and helped finance his early career before and after his failed coup in 1923.

Elsa was devoted to Hitler. She established a high society salon through which she able to bring Hitler into contact with important and wealthy people, including industrialists who might be able to finance his party. Elsa also published the philosophical writings of Houston Stewart Chamberlain, whose two-volume work The Foundations of the Nineteenth Century became an influential tract for the anti-Semitism of the Nazi regime.[9] Elsa died in 1946. 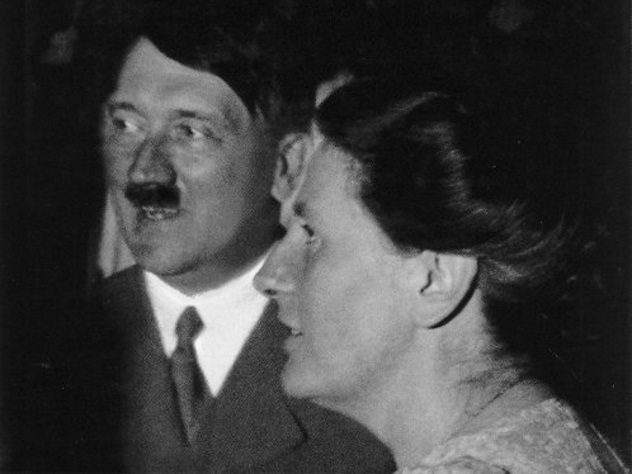 Photo credit: On An Overgrown Path

Winifred was the English-born daughter-in-law of the famous German composer Richard Wagner, and she ran the Bayreuth Festival after husband’s death. Her friendship with Adolf Hitler stemmed from the early 1920s. It was Winifred who provided the paper on which Mein Kampf was written during Hitler’s incarceration after the Beer Hall Putsch.[10]

In 1933, it was widely believed that the Wagner widow was about to marry Hitler, and although this did not happen, the two retained a deep friendship. Historians and members of the Wagner family have maintained that Winifred was disgusted by Hitler’s views regarding the Jews, but they also acknowledge that she remained entirely devoted to Hitler even after the war.

Although she was forbidden from running the Bayreuth Festival after the war, Winifred still resumed her position as an influential political hostess, and she often entertained former high-ranking Nazis. Alas, like so many other women from Hitler’s inner circle, she remained unrepentant about her association with him. She died in 1980.

R J Kennedy is a writer and filmmaker.

Read more about those close to some of history’s greatest monsters on 10 Offspring Of Evil Dictators Who Were Seriously Messed Up and 10 Tragic Stories From The Lives Of Stalin’s Children.