Right now, the best candidates we have for finding alien life are some sort of fossilized bacteria on Mars. If we’re lucky, there might be microbes on Europa, though it won’t be easy to get to them.

In centuries past, people knew a lot less about space, so they came up with significantly more elaborate possibilities about the aliens we might find there. 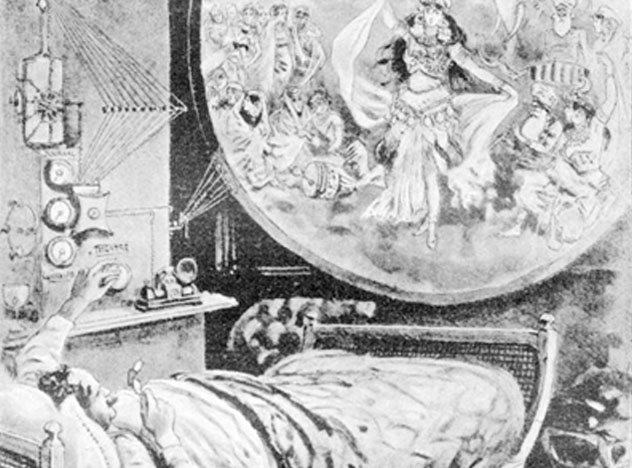 French astronomer Camille Flammarion supported Percival Lowell’s theories about canals on Mars. When some scientists did an experiment suggesting Lowell was seeing an optical illusion, Flammarion repeated the experiment to try and prove them wrong.

He believed Martians would be superior humans, due to how low a bar we’d set through our habit of war and how “we cannot even agree on a universal calendar.” He suggested creatures on the red planet may have tried to communicate with us when we were still hunting mammoths, but they got no response and gave up. He concluded, “I would like to go to Mars, it must be an interesting place.”

He believed the Moon was likely inhabited. He speculated about aliens in light of Darwin’s groundbreaking theories and came up with the idea of a race of sentient plants that combine digestion and respiration into one process. A mystic, he believed that after death, the soul would travel from one planet to another in pursuit of perfection. That belief had started in the Enlightenment, and Flammarion kept it alive into the 20th century.

This belief is reflected in a piece of fiction he wrote, in which he describes a dead man named Lumen finding himself on a far world. Lumen arrives at a mountain, covered with palaces woven from trees, from which he can see the Sun and planets as distant stars. At the summit of the mountain town, 20 or 30 old men stand staring into the sky, criticizing the terrible human violence their magical eyes can see going on in Paris. 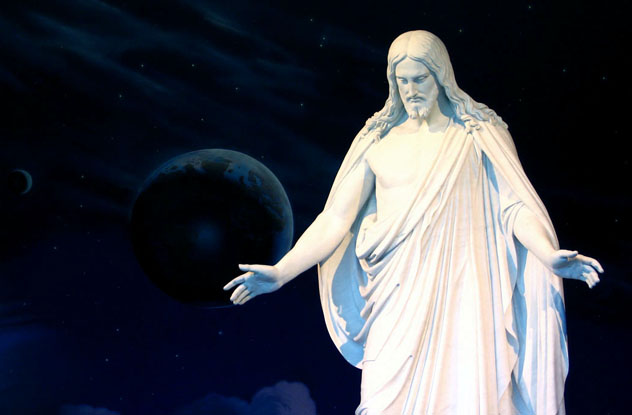 Many tales relate to Mormon beliefs of life on other worlds, some more reliable than others. The most common, often put forward by critics of the church, is that Joseph Smith claimed that the Moon was inhabited. These Moon-men dressed like Quakers and lived for 1,000 years. The story was first told by a Mormon named Oliver Huntington, who’d written it in his journal in 1881.

It’s not a reliable record of what Smith believed, but it’s not implausible. Sermons from Joseph Smith’s brother Hyum in 1843 said: “Sun and Moon is inhabited.” Brigham Young, the church’s second president, preached in 1870 that there was “no question” that the Sun was made to give light to its own inhabitants, as well as to those on Earth and elsewhere. 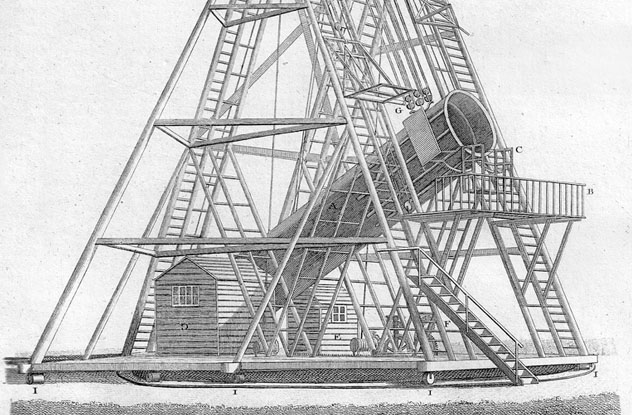 British scientist William Herschel is one of the most important astronomers in history. Among his discoveries were Uranus, several of Saturn’s moons, infrared radiation, and binary star systems. He was also obsessed with the idea of extraterrestrial life, particularly on the Moon.

In the 1770s, he wrote in his journal that he’d seen forests and pastures on the lunar surface. He later believed he’d seen canals and patches of vegetation. Yet it was craters that most caught Herschel’s imagination. He built the largest telescope in history to that point, and he saw perfectly round structures unlike anything anyone had seen before. He called them “circuses” and pondered “perhaps, then on the Moon every town is one very large Circus?”

Herschel’s thoughts on Lunarians (as he called them) weren’t known until after his death. Some of his contemporaries were less shy. Franz von Paula Gruituisen published three papers in the mid-1820s detailing the colossal buildings, animal tracks, roads, cities, and temples he’d found. Yet they all paled in comparison to the discoveries attributed to William Herschel’s son John, himself a famed astronomer, who was said to have built a telescope powerful enough to study lunar insects. Sadly, those claims were part of one of history’s most infamous hoaxes. 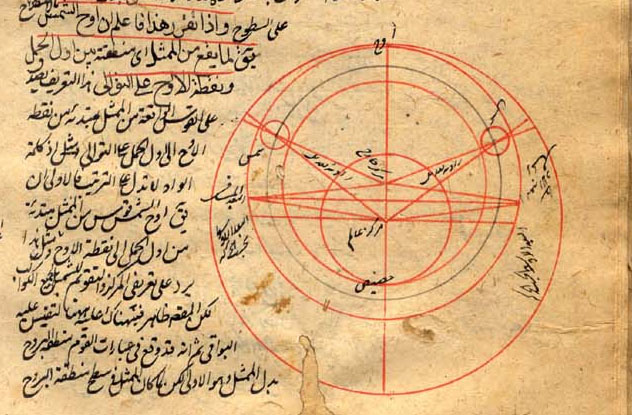 Extraterrestrial life was a subject of speculation for scholars during Islam’s golden age. The famous philosopher Avicenna wrote a tale about a hero named Absal, who journeyed to worlds beyond Earth. There are nine realms of the heavens, each with a different type of inhabitant.

The Moon is home to fast-moving people with short trunks. The trunks of Mercurians are shorter still, and they move more slowly. Venus, naturally enough, is ruled by a woman. The people are beautiful, refined, and carefree—the opposite of the brutes on Mars. Martians are ruled by a red king, and they love to kill and mutilate. Jupiter’s inhabitants are wise and compassionate. The people of Saturn tend to be evil, but can be extremely good if they feel like it.

Sadly, we know nothing of the people on Uranus or Neptune, as those planets weren’t yet discovered. However, the Heaven of the Zodiacal Signs (or stars) are full of cities. Even the Sun has a kingdom of very handsome, large-bodied people, who desire things that are distant from them. Such as, presumably, air conditioning. 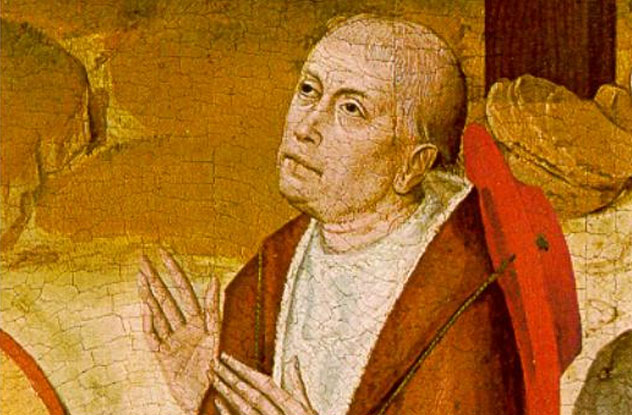 Nicholas of Cusa, or Nicholas Cusanus, has been called “the man who invented extraterrestrials.” While that isn’t quite true (Avicenna’s planet-hopping story had him beat by centuries), he was the first prominent scholar to discuss the idea in Christian Europe. In 1439, he wrote “we will suppose that in every region there are inhabitants, differing in nature by rank and all owing their origin to God.”

Cusanus suggested that inhabitants would reflect the worlds on which they lived. Residents of the Sun would be “bright and enlightened,” while those on the Moon would be “lunatics.” He didn’t give his fellow humans much credit, suggesting they may be “of an inferior type.” He had little influence until his work was rediscovered in the 19th century, except for on one other man: Goirdano Bruno.

Bruno, born more than 80 years after Cusanus died, was burned at the stake in 1600 for heresy. Much of this was due to his manuscript On the Infinite Universe and Worlds, published in 1584, which argued the universe was infinite and inhabited by alien life. 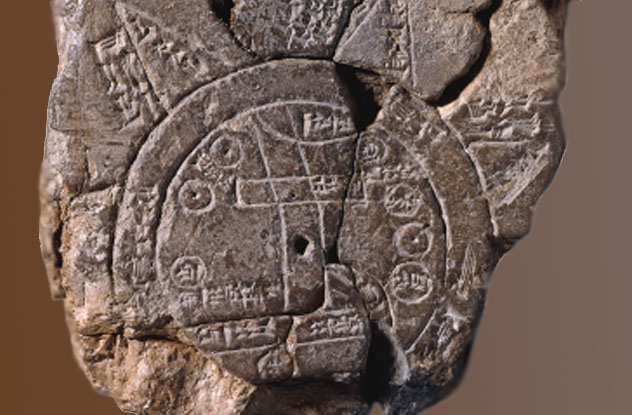 One common Jewish narrative not only says aliens exist but tells us how many planets they inhabit altogether: 18,000. This is based on a quote from the Talmud, which says “God flies through 18,000 worlds.”

Yet Judaism also teaches that the universe in its entirety was created for man. That leaves the question of why God would fill worlds with intelligent creatures, if we can’t interact with them. The answer is that the worlds have been put in place for the most righteous, spiritual masters from humanity—Tzadiks—to rule over when Earth becomes too limiting for their continued spiritual growth. As a result, interstellar space travel may be a prerequisite to achieving a messianic age of universal peace.

4The Adventures Of Lucian 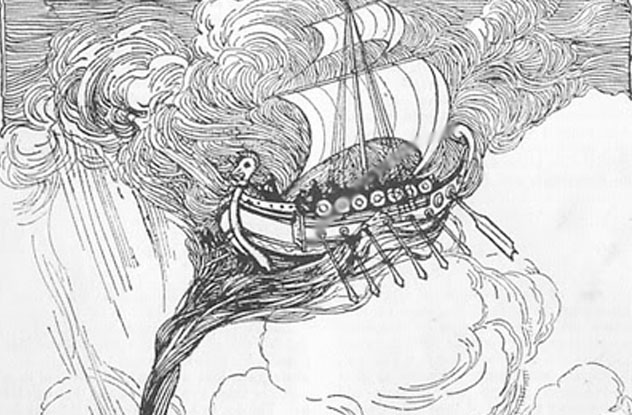 While a work of fiction, True History by the second-century satirist Lucian is the oldest surviving tale of traveling to other worlds. In the story, Lucian and a group of men set out to cross the Atlantic, but they are brought to the Moon by a 550-kilometer-high (350 mi) water spout. Lucian meets Endymion, king of the Moon, who rides on a giant vulture. He asks Lucian and his company to help in their war against the king of the Sun, whose troops ride giant ants.

A battle scene describes spectacular inhabitants of both worlds. On the side of the Moon are giant birds with feathers of herbs and wings of lettuce. A contingent of archers ride on fleas with the mass of a dozen elephants, supported by skirmishers who fly through the air by using their shirts as sails. The Sun’s archers were mounted on great gnats. They also had troops that slung giant radishes, “a wound from which was almost immediately fatal.” Their heavily armed troops used mushrooms as shields and asparagus as spears.

While people say there are no winners in war, this particular salad-fueled nightmare ends with the victory of the Moon people. They negotiate a peace treaty telling the Sun-dwellers to stay away. Lucian returns to Earth and continues his adventures inside a 320-kilometer-long (200 mi) whale inhabited by intelligent sea creatures even more horrifying than even those from space. 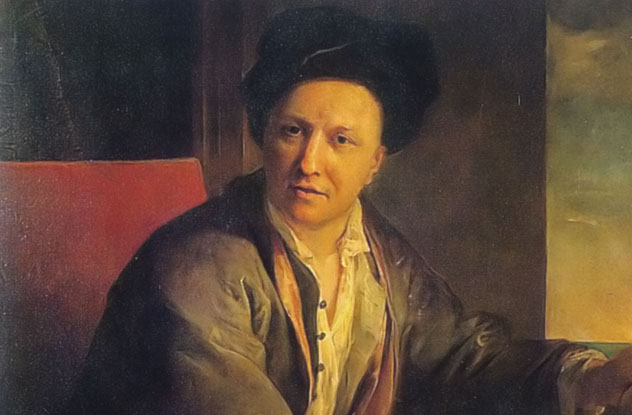 A Plurality Of Worlds is the most famous work of French scientist Bernard Le Bovier de Fontenelle. Published in 1686, it’s best known for helping to popularize the Copernican idea that the Sun is at the center of the solar system. Yet it also speculated about inhabitants on Venus.

Fontenelle reasoned that since Venus is close to the Sun, it is likely hot. Therefore, its inhabitants would be like those found in the hotter parts of Earth. He guessed they would resemble “the Moors of Granada, who were a little black people, scorched with the Sun, witty, full of fire, very amorous, much inclined to music, and poetry, and ever inventing masks and tournaments in honour of their mistresses.”

He says Earth would look bigger to Venusians than Venus does to us so would not be assigned the name of the mother of love, “for such names are only proper for a little brisk airy planet, bright, and shining as the goddess herself.” That honor would go to Earth’s moon, leading Fontenelle to ask our satellite “how happy art though to preside over amours of those inhabitants of Venus, who must be such masters of gallantry!”

Fontenelle’s speculations on Mercury said that, being even closer to the Sun, its inhabitants would be “so full of fire, that they are absolutely mad: I fancy they have not any memory at all, no more than most of the Negroes.” 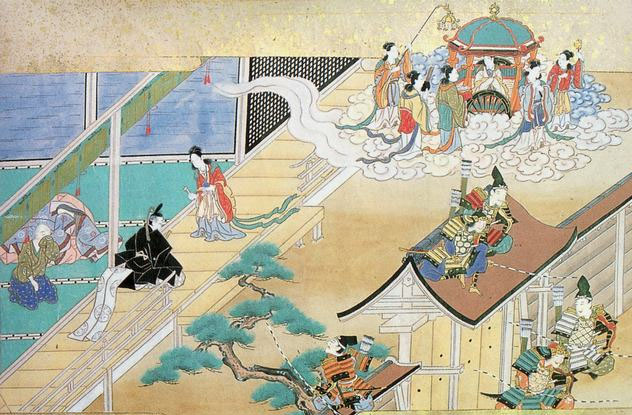 The oldest surviving folktale from Japanese history, the 10th-century “The Tale of the Bamboo Cutter,” tells of Princess Kaguya from a kingdom on the Moon. An old man discovers Kaguya as a miniature baby in a stalk of bamboo. The man and his wife raises Kaguya before finding out she is obliged to return to her lunar city.

Yet it’s not the princess, but animals, that have dominated the Moon residents in East Asian folklore. In both Japanese and Chinese traditions, a starving old man asks the animals of the forest for food. The monkey gives nuts and the fox gives fish, but the rabbit is forced to offer itself as a snack. It turns out the old man is actually a god, and he rewards the rabbit with eternal life on the Moon.

Later, a girl was banished to accompany the rabbit after she stole an immortality pill from her husband. When the Apollo 11 crew were informed of this legend on their way to the Moon, Michael Collins quipped, “We’ll keep a close eye out for the bunny girl.” 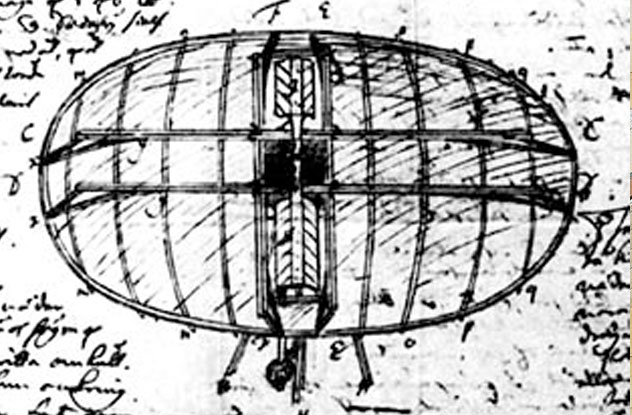 You may recall Emmanuel Swedenborg from his bizarre visions of Hell. Yet he didn’t receive knowledge only of the underworld. His many communications with spirits also taught him about inhabitants of all the planets in the solar system—except for Neptune and Uranus, which weren’t discovered until after Swedenborg’s death, and which the spirits didn’t think to mention.

Swedenborg claimed that all planets and moons were populated by human-like inhabitants. On the Moon, these were about the size of children. He compared their voices to thunder, made so loud because of the immense lungs needed to suck enough air out of the Moon’s thin atmosphere. Inhabitants of Mars, by contrast, were telepathic, which allowed them to speak with angels.

People from other planets are generally better than humans. Those on Saturn are “upright and modest,” while also being much closer to God. Jupiter’s people live in isolated family units where their main concern is the education of their children. They have no jealousy, theft, or war—and find such human traits unbearable to even hear about.