Our self-preservation instinct tells us it’s probably not a good idea to stand in front of a murderous mob and tell them off. Yet while most of us would sit by and do nothing (and many would even join the mob), a few brave souls rise to the occasion—and win out. 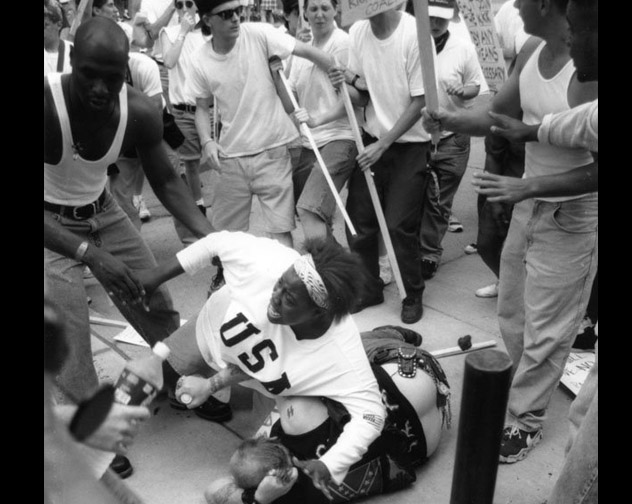 June 1996 saw two competing rallies in Ann Arbor, Michigan. One was a Ku Klux Klan rally. The other was a counter-protest, and it dwarfed that Klan rally so much that police in riot gear guarded the Klansmen.

The two sides didn’t clash. But then the larger group noticed that one middle-aged man among them sported an SS tattoo and a Confederate flag T-shirt. The protesters assumed he was a white supremacist or a Klansman himself. He tried to leave, but they surrounded him, pushed him to the ground, and beat him with their protest placards.

Then one of the protesters, black high schooler Keshia Thomas, launched herself on the man, protecting him with her body. The other protesters hurt him no more. Police later said he was lucky to have survived his ordeal with just a bloody nose.

Thomas later said she’d experienced violence in her own life and did not want it to happen to others. Her beliefs were reaffirmed when the son of the man she saved thanked her a few months later. For Thomas, that meant she had just broken a cycle of violence and vengeance.

Read the sensational story of a 15-year-old girl caught in the middle of a violent race riot. Buy Riot at Amazon.com! 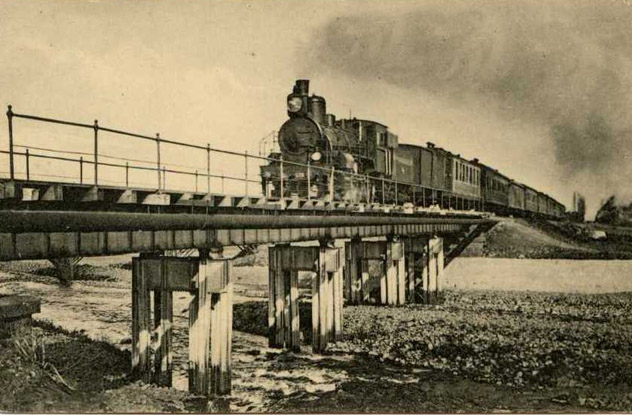 Margaret Sylvester, a member of high society in her city of Augusta, Georgia, is best remembered for her heroic role during the state’s 1909 Railroad Strike. White firemen went on strike to protest black replacements, and sporadic violence ensued in the weeks that followed. Black fireman Joe Bryant was among the victims.

On May 31, Bryant suffered severe injuries but fled a white mob that tried to lynch him in the rail yards. With his assailants chasing him, the man made it near the home of Sylvester, who ushered him inside.

Although the mob tried to go after him, Sylvester blocked their path and warned them that she was prepared to shoot anyone who tried. The mob backed off, and Sylvester had Bryant treated for his injuries. 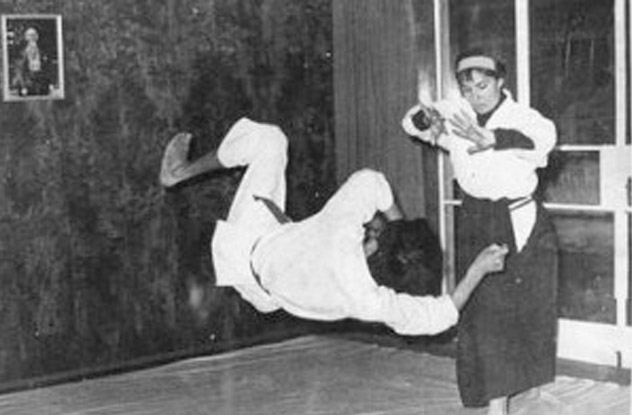 An expert practitioner of the Japanese martial art of Aikido, Virginia Mayhew established a school in Kowloon, Hong Kong in the 1960s, where she regularly taught and gave demonstrations. During one such session, she showed off techniques that could injure opponents, explaining that these went against the true purpose of martial arts. One man in the audience, however, seemed to enjoy watching the forbidden moves a bit too much, and Mayhew kicked him out.

Years later, in 1967, communist riots shook the city. Walking around Hong Kong, Mayhew saw a mob harassing an isolated riot policeman and recognized him as the man she had earlier thrown out of her class. She proceeded to save his life by jumping in and hurling his assailants to the ground. The fearful mob backed off and cleared a path for the policeman to reunite with his unit.

Mayhew now realized that the man had had a special reason for his attitude in her class—as a riot policeman, violence was a fixed part of his life. She apologized for expelling him before, and she took him on as a private student. 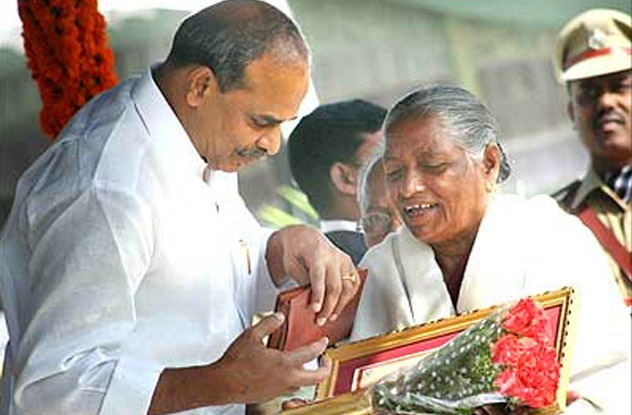 In October 2008, communal violence broke out in Tulja Bai’s impoverished town of Bhainsa, India. When the nearly 70-year-old Hindu grandmother saw an intoxicated mob set fire to her Muslim neighbors’ nearby house, she and her family rushed inside and rescued them all.

After making sure they were safe by bringing them to her house, Tulja Bai and her family successfully extinguished the fire even though the mob tried to stop them by snatching away their buckets of water. For her bravery, government officials lauded Tulja Bai with a public citation and a cash reward. The gritty old woman explained her courage by calling her actions just a normal thing to help out a neighbor in need. 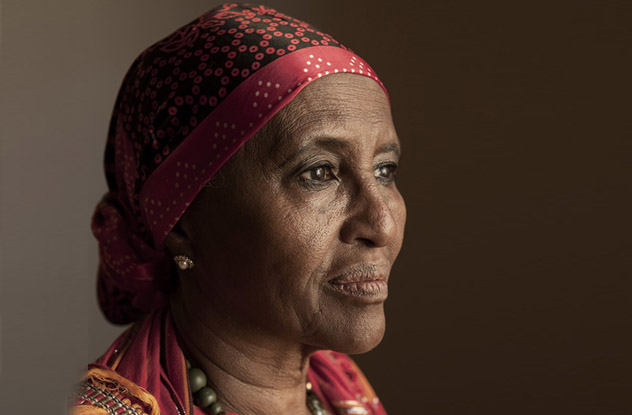 When Somali militants took her hostage in May 2010 and demanded she turn her community over to them, Hawa Abdi was furious. The physician and humanitarian founder of the 90,000-plus settlement—one of Somalia’s few safe havens—wasn’t about to surrender her life’s work to a bunch of cold-hearted killers.

“Mama Hawa,” as she was affectionately known by her community, finally exploded after seven days of captivity and parentally scolded the militants into letting her go and leaving. Hawa then went a step further and insisted they give her a letter of apology—a demand with which they actually complied.

Her daughter expressed awe at her courage and noted this was probably the first time in history that Somali militants apologized for their behavior.

Although she had already been engaged in charity work in California during the 1960s, a visit to Mexico’s notorious La Mesa Prison in Tijuana deepened Antonia Brenner’s conviction to serve the less fortunate. Ditching her opulent lifestyle in California, she transferred to the prison and founded her own ministry which tended to the inmates. Over time, her kind and caring nature endeared Brenner to the inmates, who affectionately called her “Mother Antonia.”

Their respect for her was especially evident during a prison riot on Halloween in 1994. Brenner, in a show of fearlessness, calmly walked around the compound and asked the rioters to lay down their arms, promising to help them air their complaints to prison officials. The prisoners complied and averted potential bloodshed.

Brenner continued her philanthropic mission until her death in 2013, earning praise from heads of state and religious figures around the world.

Experience the terror of one of history’s most famous riots with The Hate Factory: A First-Hand Account of the 1980 Riot at the Penitentiary of New Mexico at Amazon.com!

It was the day after Martin Luther King’s assassination, racial tensions were flaring up all over the country, and Boston officials were debating whether to let James Brown play his scheduled gig at the Garden. The event could cause a riot, but canceling it would be an even likelier trigger. In the end, Mayor Kevin White let it push through.

On the night of the event, Brown and White together appealed to the 2,000 predominantly black spectators to keep the peace in honor of MLK’s memory. Brown told the crowd to trust the mayor, calling him a “swingin’ cat.”

It worked. The duo succeeded in defusing a volatile situation, and Brown went on to perform his greatest hits. As a result, Boston remained relatively unscathed from the riots that ravaged the rest of the US.

The plucky Reverend Wade Watts first met KKK leader Johnny Lee Clary during a radio debate in 1979. Watts promised the highly hostile Clary that he could never hate him, no matter what he did to him.

Clary’s subordinates put this claim to the test. They vandalized Watts’s property, threatened him over the phone, and even burned his church down, but the minister stood fast.

Fed up, Clary took 30 of his members and confronted Watts inside a restaurant one day. Watts had a plate of chicken in front of him, and Cleary told him, “We’re gonna do the same thing to you that you do to that chicken.” He wanted to scare Watts into abandoning his meal. Instead, Watts kissed the chicken.

Everyone started laughing—even the other Klansmen. Clary got angry and started threatening his subordinates, but the laughter continued. The KKK never bothered Watts again.

Later on, a disillusioned Clary left the Klan and became friends with Watts. He has since worked to educate and convert those involved in hate groups. 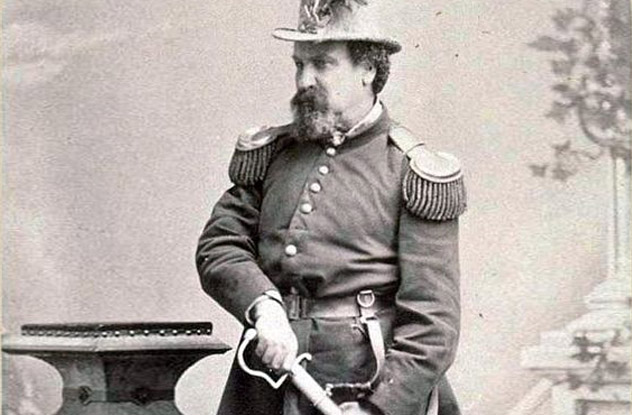 Although he was crazy by all accounts, Joshua Norton—the self-proclaimed emperor of the United States—was also one of San Francisco’s most well-known and beloved figures. Prior to his “ascension,” Norton was an English businessman who arrived in the city in the 1840s. He tried to make his fortune in the area but quickly lost his wealth and his sanity through bad business deals and lawsuits.

After lying low for some years, Norton reappeared on the scene in the 1850s, now claiming to be a royal figure who inspected public offices and buildings. His bizarre antics endeared him to the public, who treated him as a real sovereign.

All that love and respect for Emperor Norton would serve him well during the anti-Chinese riots that rocked the city during the 1860s. In one incident, Norton saw a mob about to lynch a group of Chinese. With royal authority, Norton stopped the mob by having them recite the Lord’s Prayer. He then later dispersed them with a lecture on tolerance.

Norton remained popular with the city until his death in 1860. His funeral procession contained 30,000 people.

On his way to a peace rally during the ugly 1992 Los Angeles riots, Reverend Benny Newton saw a black mob beating truck driver Fidel Lopez. They’d reduced Lopez to a bloody pulp and had painted his face and genitals black. They had also doused him with gasoline and were about to set him on fire when Newton—bible in hand—rushed to the victim’s aid and declared that they would have to kill him, too.

The mob backed off and let Newton bring Lopez back to his home. The reverend also took the victim to the hospital at great risk when no ambulance was available. The two later became good friends, and Lopez visited Newton regularly for years.