When Pablo Escobar was gunned down in 1993, the focus on drugs entering the United States shifted from South America to Mexico, which enjoys nearly 3,200 kilometers (2,000 mi) of the American border. The Mexican cartels that rose to meet the demand might be new, but they are undeniably vicious. 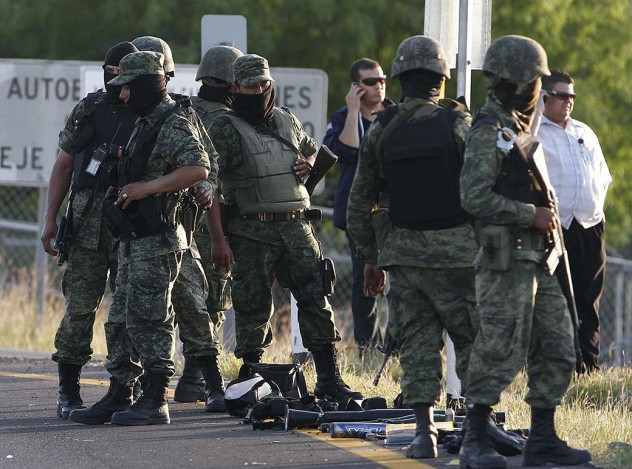 Although the majority of victims in the Mexican drug wars are rival cartel members, no one is truly safe. In the spring of 2011, the Los Zetas cartel got word that the rival Gulf Cartel had sent for reinforcements from other states. They intercepted several busloads of civilians on Mexican Federal Highway 101 in San Fernando. When the migrants refused to work for the cartel, they were all shot and killed (one man survived when the bullet missed his brain).

Highway 101 has since been referred to as “The Highway of Death.” The United States has advised its citizens not to travel on the road. People will only drive there during the day, typically in armed convoys traveling at a high rate of speed. It is not uncommon to find burned-out, bullet-riddled hulks of cars or stacks of decapitated bodies on the sides of the road.

On February 19, 2012, a prison in Apodaca, Nuevo Leon, Mexico became a scene of unimaginable carnage when guards released members of the Los Zetas from their cells and allowed them to attack Gulf Cartel members in a neighboring cellblock. It was a vicious slaughter. The Los Zetas used improvised weapons like knives, rocks, and burning mattresses. Men were beaten, hacked apart, flung from windows, hanged, and decapitated. When it was over, officials claimed that 44 members of the Gulf Cartel had been killed. Other sources have alleged that the real body count exceeded 70. Some 37 members of the Los Zetas escaped, including dangerous, high-ranking Oscar Manuel Bernal Soriano, also known as La Arana (“The Spider”). Twenty-four of them have since been captured or killed, and 19 prison employees have been brought up on charges for their role in the massacre. 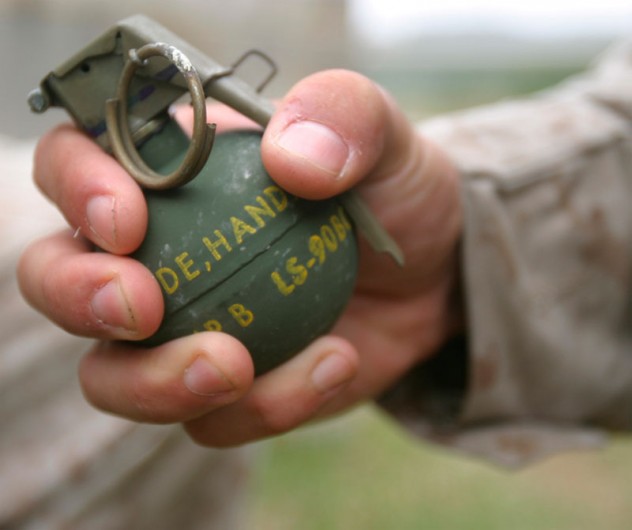 On September 15, 2008, during a celebration of Mexico’s Independence Day, a pair of grenades were tossed into a crowd of 30,000 in the city of Morelia. The subsequent blast killed at least eight people and injured dozens more. It was initially speculated that the La Familia Michoacana cartel was behind the attack, but Los Zetas members were later arrested for the crime. Two years later, La Familia Michoacana (noted for being run more like a religious cult than a cartel) was involved in a fierce two-day gun battle with the Mexican federal police where dozens were killed. The cartel has since been considered extinct, its territories taken over by another group. 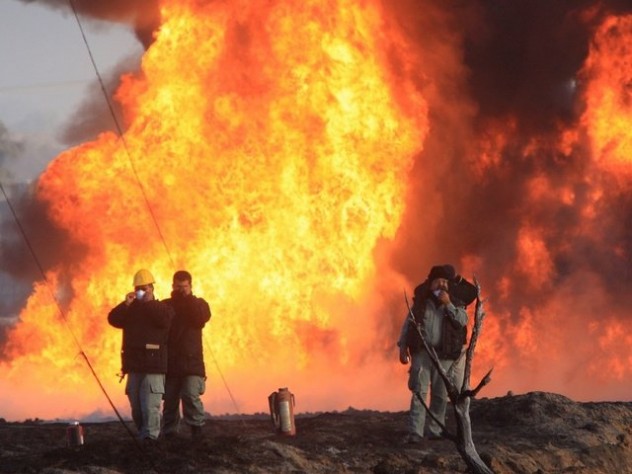 While the majority of cartel income is derived from drug trafficking, they are resourceful organized-crime enterprises and do not hesitate to engage in any manner of activity, from garden variety extortion to facilitating the transfer of immigrants into the United States. This last point has actually led to a marked decrease in illegal immigrants: The cartels rarely make good on the arrangements, instead robbing and ransoming the men and forcing the women into lives of prostitution. Those who are successfully delivered across the border are often left to perish in empty deserts.

Another major source of income for the cartels has been tapping oil lines. Pemex, an oil company controlled by the Mexican government, reports hundreds of millions in lost revenue each year from theft. On December 10, 2010, in Puebla, Mexico, an alleged early morning attempt to tap into the pipeline resulted in a massive explosion and fire that claimed the lives of 29 people, including 13 children. It is believed the Los Zetas were responsible. The blaze that followed destroyed some five square kilometers (1.9 sq mi) and dozens of homes. 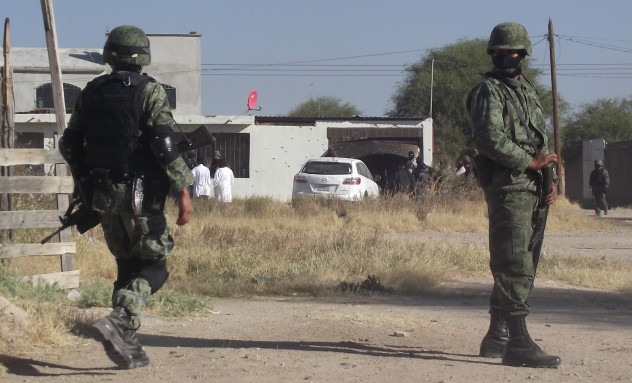 Durango is in northwest Mexico, the birthplace of revolutionary general Pancho Villa. In 2011, the area became a hotbed of violence, with at least 340 bodies discovered in vast graves scattered throughout the city. One grave, found in the lot of an abandoned auto repair shop, contained 89 bodies in all. Once again it is believed that the Los Zetas are responsible for most of the killings. The government has struggled to identify the victims. One of the bodies discovered was that of Alfonso Pena, an ex-mayor from the town of Tepehuanes.

On August 25, 2011, four vehicles loaded with armed Los Zetas gunmen pulled up to the entrance of Casino Royale in Monterrey, Nuevo Leon, Mexico. After spraying the entrance of the casino with gunfire, they dumped gallons of gasoline at the doors and set the building ablaze. Officials claim that 52 people, mostly women, were killed in the resulting fire. Some sources indicate that the body count may have been even higher. When several members of Los Zetas were arrested, they claimed they had not intended to kill anyone, but were simply trying to intimidate the owners of the casino, who had refused to pay extortion money. 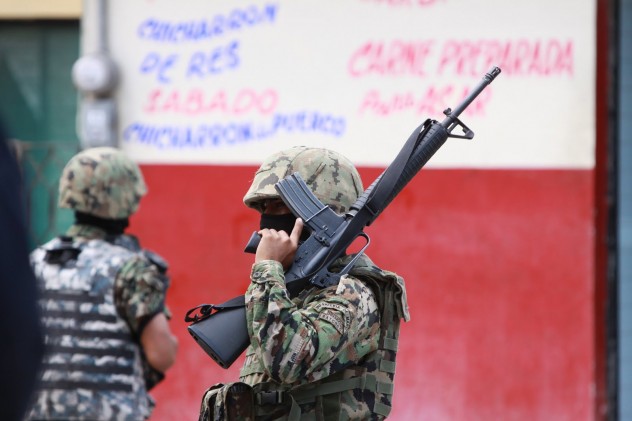 Battles between the Sinoloa and Los Zetas cartels have left a bloody legacy in the streets of Nuevo Leon. On April 17, 2012, 14 men, likely Los Zetas members, were found in a minivan, chopped to pieces, allegedly by the Jalisco New Generation cartel, part of the Sinaloa group. In an apparent retaliation, 23 bodies were discovered a few weeks later. Nine of them had been hanged from a bridge to the horror of motorists. Hours afterward, 14 decapitated corpses were found, their heads wedged in coolers. There were also attacks against police, bloggers, and media members. When the offices of El Mañana newspaper were shot up and damaged by grenades, the paper stated publicly that they would no longer cover any cartel activities. 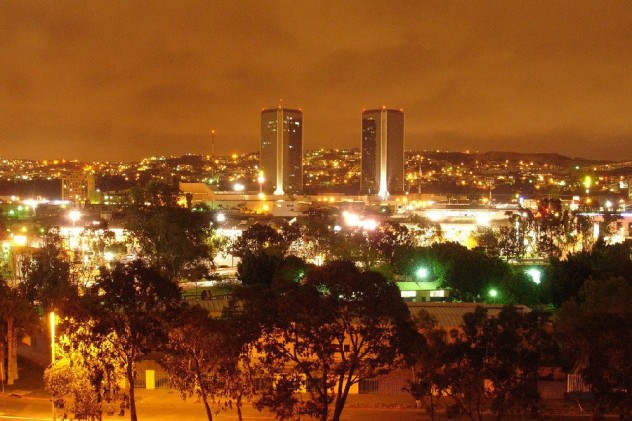 Like Nuevo Leon, Tijuana is a major portal to the north and has suffered its own share of violence. Hundreds of homicides have been reported, an epidemic high of 844 in 2008—more than double that of Detroit, a city often referred to as America’s “murder capital.” In April of that year, rival factions of the Arellano Felix Tijuana cartel engaged in a savage gun battle on the streets of Tijuana that left 17 dead. The area has since largely fallen under the influence of the rival Sinaloa group. 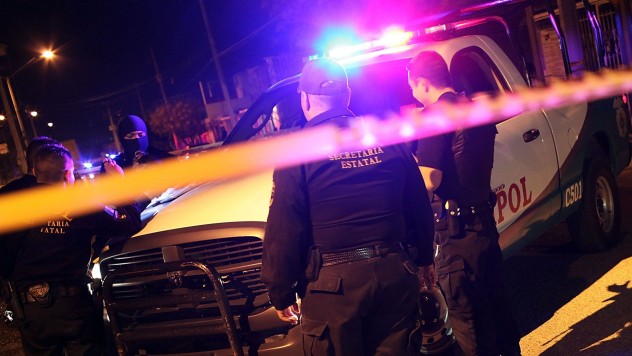 Probably the most common form of dispatch used by the cartel is beheading. Unlike shooting them, decapitating enemies sends a very grisly message. Often the heads are discovered with handwritten notes threatening further violence. Nowhere is this trend more disturbing than in the resort city of Acapulco. Once known for its sprawling beaches and luxury high-rises, the city has become consistently associated with violence. In January 2011, 15 headless bodies were found near a shopping mall with notes from Joaquin “El Chapo” Guzman, the head of the Sinoloa cartel. Later on that year, five heads were found in a sack placed outside an elementary school. The latter incident was a threat to local teachers, who’d been extorted to give up half their income to gangs. In response to the danger, the teachers went on strike.

Of course, in a world where disememberment and pyramids of severed heads are a rather common sight, folks eventually grow accustomed to their horror—so the cartels are always looking for ways to up the ante and inspire dread in their enemies. In 2010, 26-year-old Hugo Hernandez was kidnapped from Sonora. His corpse was found in the city of Los Mochis about a week later. It had been chopped to pieces, but in a turn suited to Freddy Krueger’s playbook, Hernandez’s face had actually been skinned off and stitched onto a soccer ball. There was a note with the body that read “Happy New Years, because this will be your last.” It is believed the murder was a warning to the Juarez drug cartel.