Memes and trends on the Internet appear to be a product of the digital age, created out of randomness and doomed to quickly die out once we soon tire of them. In reality, many have origins dating back hundreds of years. All we’ve done is replicate the fads of our forefathers, only this time, we have the benefit of the Internet to make them spread faster and on a wider scale. 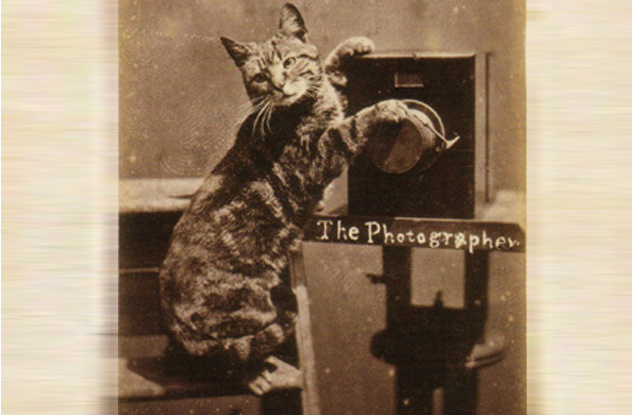 Photographing felines in ridiculous outfits and placing even more ridiculous captions on said pictures goes back to Victorian times, to the studios of Harry Pointer and Harry Frees. These photographers separately took photos of cats and other animals in human-like poses and sold them for postcards and children’s books. It was hard work, as the photographers had to make do with primitive equipment while also keeping the live animals still long enough for the perfect pose.

One of their contemporaries, taxidermist Walter Potter, had no such difficulties. During his career, Potter mounted countless dead small animals, including rats, cats, and rabbits in poses just like miniature humans.

Their bizarre work still could not compare to the eccentric artwork of the painter Louis Wain. Wain reportedly suffered from schizophrenia throughout his life, which would explain why he painted almost nothing but anthropomorphic cats. 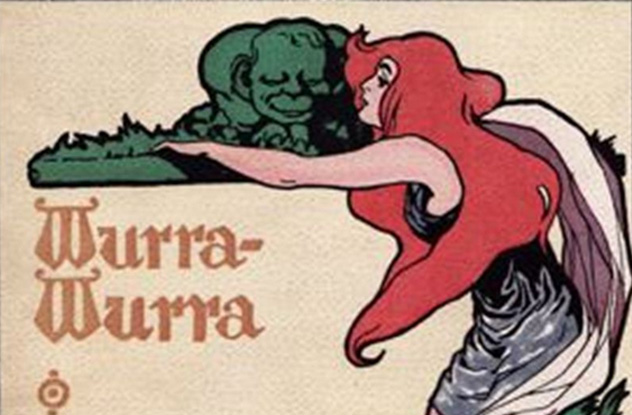 At some point, we may have all encountered that smug smiling face of Alfred E. Neuman coupled with the usual caption of “What, Me Worry?” Although named and made famous by Mad Magazine in the 1950s, the figure’s roots are steeped in racism against the Irish during their mass migration to the US in the 18th and 19th centuries.

During that time, the Irish were depicted though a variety of stereotypes, such as violent drunks, low-brow hooligans, and secret agents of their country or the Pope. These stereotypes were usually drawn with monkey faces, a common feature that would evolve into Neuman’s “grinning idiot” face.

The “What, Me Worry” caption was added to this character in 1911 through the racially charged book Wurra-Wurra: A Legend of St. Patrick at Tara. The book depicted Irishmen as worrywarts who liked to pray constantly to their god Wurra-Wurra (the word sounding like a Gaelic prayer to the Virgin Mary).

8LOLspeak Started In The 1830s 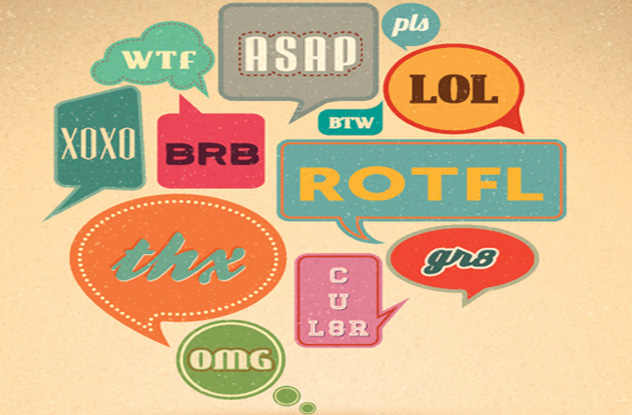 LOLspeak, the ever-addicting error-filled language of the Internet era, has a predecessor in the form of comical abbreviations. This trend among newspapers in the 1830s and ’40s first started in Boston and made its way to other publications across the country. Comical abbreviations shortened words that were also deliberately misspelled (“nuff said” became “NS”). In place of good, clean fun, however, newspapers wrote the abbreviations mainly to mock poor people and their illiteracy.

To its credit, the trend did give humanity one of its most famous and easily understood abbreviations: OK. Although there have been many attempts to explain its exact origins, the most plausible came from the famed etymologist Dr. Allen Walker Read. Writing for the Journal American Speech in 1963, Walker explained that the abbreviation probably derives from the wrongly spelled “oll correct.”

7Our Classical Ancestors Had Trolls (And Moderators, Thankfully) 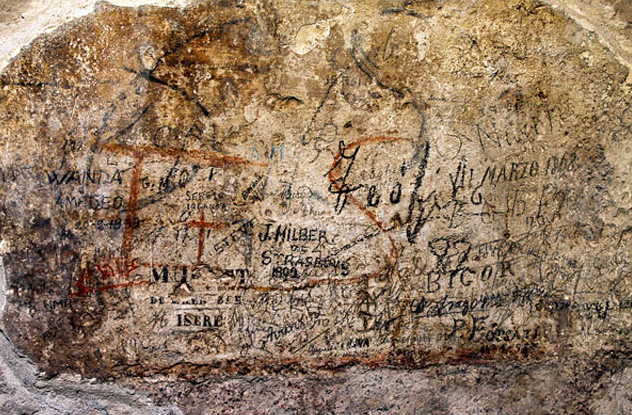 Picture the typical keyboard warrior, all bundled up in a nice, comfy chair but talking smack like an action hero. That’s exactly what the ancient Greeks and Romans did in their time, except that they scribbled their posts on walls and virtually any other surface they could find. With the trash-talking also came regular posts about an individual’s sexual exploits (and his rival’s lack thereof), although plenty of messages also covered heavy topics such as love and philosophy.

Aside from the mundane trolling and exaggerated posting, evidence says that messages were well regulated, especially on walls found in the homes of the wealthy. Just like a forum moderator, the owner controlled who could post a message on his wall. This setup gave him leverage over political candidates who generally favored the walls of the wealthy but would have to first ask permission before posting campaign advertisements. 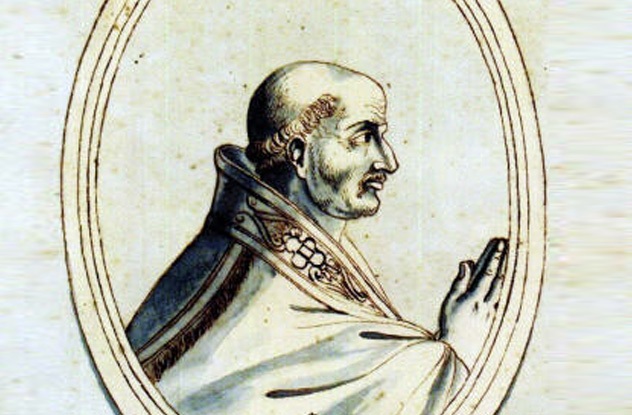 Predictions about the end of the world are a dime a dozen throughout different civilizations and timelines. The Toledo Letter, however, was the first documented case of an end-of-the-world scare truly going viral.

Spread around Europe in 1184 and supposedly written by monks, the letter predicted that the apocalypse would happen in September 1186, the event being preceded by the ominous aligning of the planets “in the sign of the Scales and in the tail of the Dragon.” After that, various natural disasters would commence, and the only way for people to survive would be to flee to the mountains.

The letter caused massive panic throughout the continent, with even the Archbishop of Canterbury announcing a 72-hour fast to avert the doomsday prediction. Although the planets did align as predicted, the disaster never happened. Still, we all know that one doomsday prediction failure can never stop the proliferation of countless others.

5The First Flash Mob Came From A Tasmanian Penal Colony 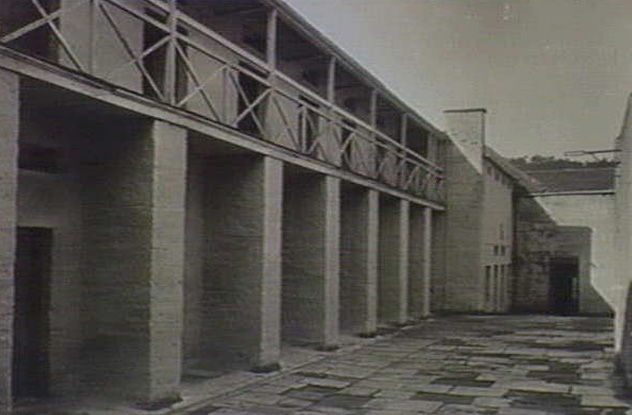 The phrase “flash mob” entered the popular lexicon in 2003 with the first known attempt in Manhattan, New York. Its real meaning, however—which is undisputedly raunchier—goes further back in time to another continent, specifically to when Australia was still largely a penal colony in the 19th century.

A group of women convicts in Hobart Town, Tasmania flashed their derrieres at a certain Reverend William Bedford while he held a service for them inside the prison, ostensibly protesting his insincerity and their deplorable working conditions. Due to their overwhelming numbers, authorities failed to find and punish the ringleaders. However, not all found the event insulting. The governor’s wife, who was also attending the service, had to struggle to control herself before making it back to her carriage, at which point she burst out laughing. 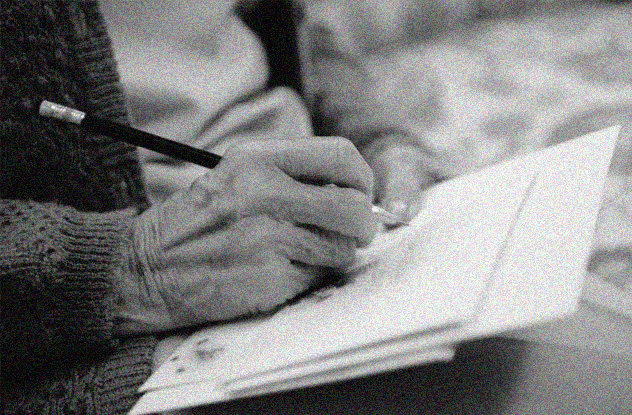 Anyone with an email address or social networking account is bound to get a chain letter. Far from being a child of the Internet age, however, this annoying trend began as early as the late 19th century. The first known example was a solicitation letter with the signature of a “Mrs. George O. Haman” of Sherwood, Tennessee. The letter appealed to kind souls to donate 10 cents so that she could fund the education of impoverished white children in Appalachia.

The letter contained her address and instructions for it to be duplicated and sent to four other people. In contrast to chain mails of today, the letter promised to bless the compliant receiver rather than curse those who ignore it. The use of threats became more prevalent especially during the Depression era.

3Selfies Began With The Medieval Love Of Mirrors 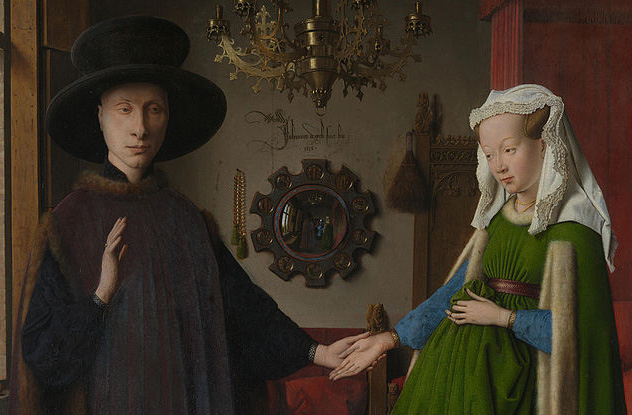 We might think that people’s never-ending obsession of taking pictures of themselves began with the digital age and reflects a new level of narcissism. According to one researcher, however, the art of taking selfies could actually be attributed to the mirror fad that hit the medieval era.

Art historian James Hall says that people’s fascination with mirrors provided the spark later on for self-portraits done by artists starting in the 12th century. The only difference is that those self-portraits were actually a means of self-reflection in accordance with Christian teachings of that era and not just another way of getting attention.

Hall cites Jan van Eyck’s “Arnolfini Portrait” and postulates that the painting’s mirrors represent a guide to knowing oneself better. These self-portraits enabled subjects to contemplate and criticize their innermost selves. The trend of “selfless” self-portraits gradually faded out by the 20th century, giving us the shallow selfies of today. 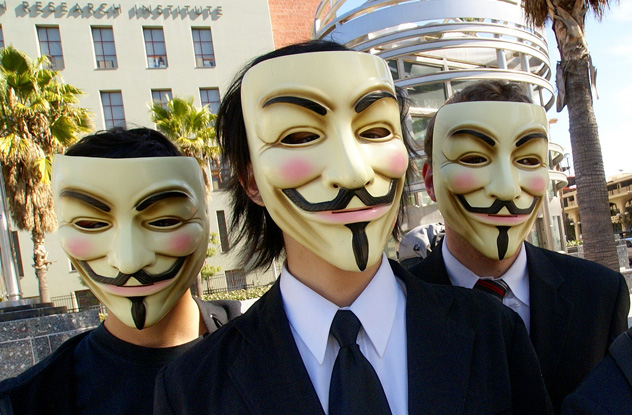 Made famous by the spine-chilling graphic novel and movie V For Vendetta and its subsequent use by protest and activist groups worldwide, the iconic Guy Fawkes mask’s forerunner was created shortly after its namesake’s execution, following the failed Gunpowder Plot of 1605. Every November 5—the anniversary of the failed rebellion—people in Britain held a “Guy Fawkes Night,” in which they burned an effigy wearing a likeness of the man’s face.

Later on, people actually wore Guy Fawkes masks in the 18th century. During that time, little children wore crude versions of the mask while begging on the streets. Some would even go further and completely dress themselves for the occasion by blackening their faces and wearing old, black clothing. To complete the look, they would also repeatedly recite the famous “Remember the fifth of November” chant out on the street. 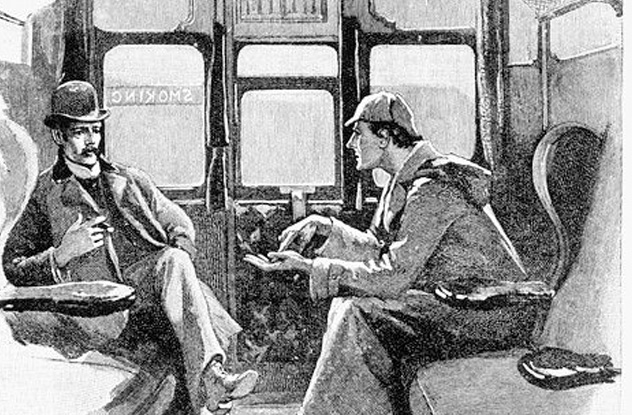 The lack of an Internet connection did not impede 19th-century rabid fanboys and fangirls from fixating on their idol, which at the time happened to be Sherlock Holmes. A devoted following of the famous detective during the Victorian era spearheaded the beginning of modern fandom.

These fans acted every bit as obsessive as their modern counterparts. So when author Conan Doyle—who didn’t care much for Holmes—killed off the detective in his fight with Professor Moriarty, fans were outraged. Many protested the death by walking on the streets wearing black armbands. One woman even allegedly hit Doyle with an umbrella.

The protests reached as far as America, where fans petitioned Doyle “to keep Holmes alive.” An exasperated Doyle had to relent and write a new story saying that Holmes did survive the confrontation, to the joyous glee of fans everywhere.