Disneyland has been open since 1955 and gets millions of visitors a year. It is known as a place for clean, family fun. But here’s a list of some known and not so known facts about Disneyland.

After two decades of planning and a year of construction, Walt Disney transformed a 160-acre orange grove into a $17 million Disneyland. Walt Disney’s bankers and even his brother Roy thought the project would ruin him. He borrowed against his life insurance and sold vacation property to build the park. The year of construction on Disneyland was frenzied and rushed. They worked right up to the 90-minute ABC live broadcast of the opening.

Some rides were not ready on opening day. Rocket to the Moon, Peter Pan, and Dumbo the Flying Elephant were closed. Tomorrowland was unfinished and did not look futuristic. There were also weeds sprouted all over near the banks of the Canal Boats of the World ride. Disney had workers just put exotic species names in Latin next to them. Water fountains didn’t work, and the high temperatures turned Main Street into tar, with women’s high heels getting stuck. The worst part was due to counterfeit tickets: Disneyland had 13,000 more guests than expected. Due to this, Disneyland’s restaurants and stands ran out of food. Disney cast members now call opening day “Black Sunday.” 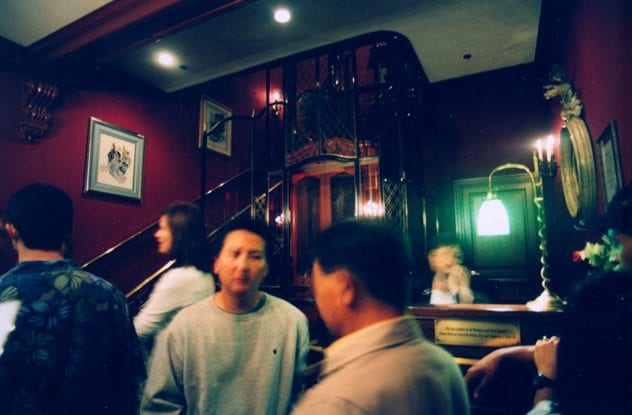 Club 33 is located in the center of New Orleans Square, now at 33 Orleans Street. The secretive club is a members-only restaurant and jazz lounge. It is also the only place in Disney that sells alcohol.

There is a $25,000 to $100,000 initiation fee and a $12,500 to $30,000 annual fee, depending on the level of membership. The members also get access to the 1901 Lounge in California Adventure. The club was meant to be a place for Walt Disney to entertain guests and business associates, but he died five months before it was complete. 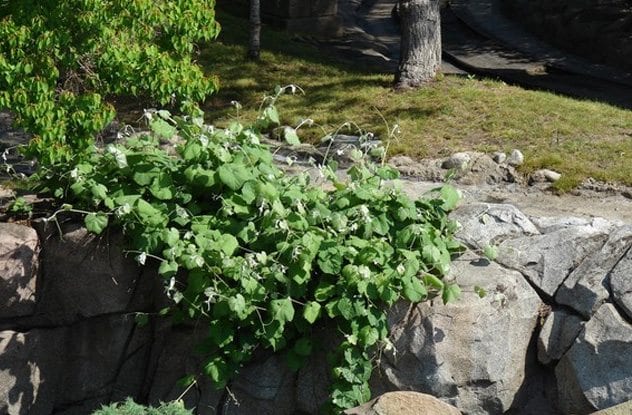 The plants of Tomorrowland are even edible. The scenery between the kinetic sculptures and mechanical touches are meant to be a potential farm. 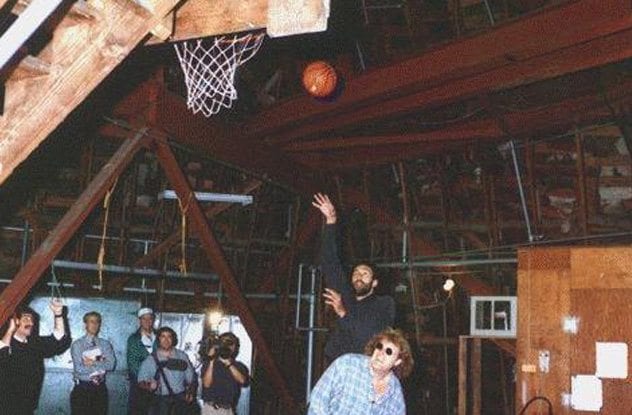 In the top of the Disneyland Matterhorn was an empty space that cast members turned into a half basketball court. Photos show the hoop just attached to stairs. Walt Disney himself gave the okay to use the empty space for basketball. 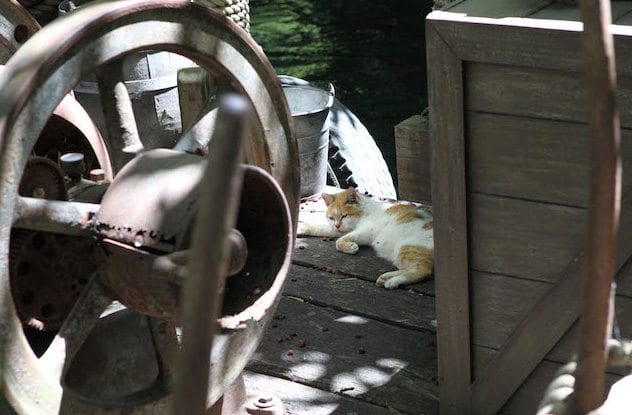 Disney does not like to bring attention to the cats living in Disneyland, but according to Disney, about 100 feral cats live in the park. They have been there practically since the park opened. They came to steal leftover food but stayed because of the endless places to hide. Disney called Best Friends Catnippers and FixNation in 2001 to catch, sterilize, neuter, and release them back into the park. In 2007, the partnership ended, and Disney now feeds, gives flea treatments, spays, neuters, and vaccinations in shelters set up in the park with the help of local veterinary care.

The cats are not seen often by the public due to most being nocturnal. The cats catch rats and can be seen lounging in various places around the park. 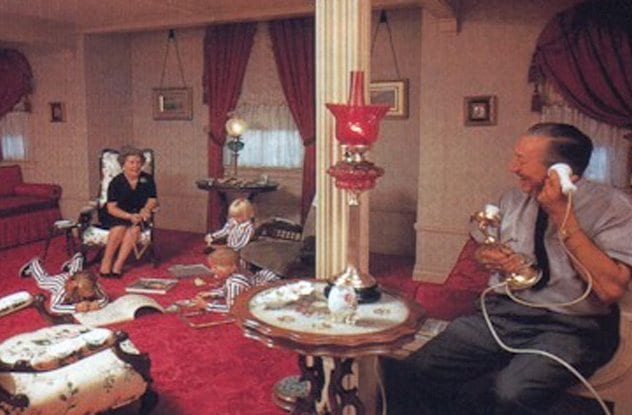 Walt Disney had a small, private apartment constructed on the second floor of the Main Street Firehouse. From there, he enjoyed time with his family and worked in quiet. The apartment had a bathroom with a shower and a small kitchen. The furniture had a firehouse look, with many red and whites. Emil Kuri was the original decorator for the apartment, along with being set designer for many Disney films and being the decorator of Main Street.

Lillian Disney used the quiet patio often. She loved to drink afternoon tea or entertain her guests out on it. The patio had white wicker furniture and was very private, due to vines surrounding the wood patio. A light is kept on near the window, as a tribute to Walt Disney. 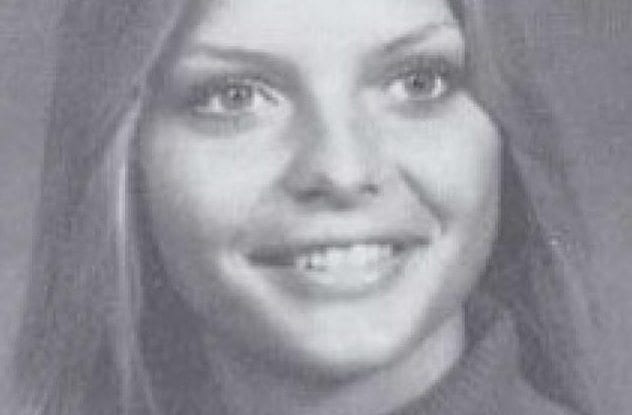 Tons of people have worked at Disneyland so it’s no surprise that there have been some famous names. One of Michelle Pfeiffer’s first jobs in entertainment was playing Alice from Alice in Wonderland in the Main Street Electrical Parade at Disneyland. Steve Martin learned how to be a magician while working at Merlin’s Magic Shop in Disneyland. While Kevin Costner was working on the Jungle Cruise, he met his future wife Cindy, who was busy signing autographs as Snow White. The two got married but divorced in 1994. 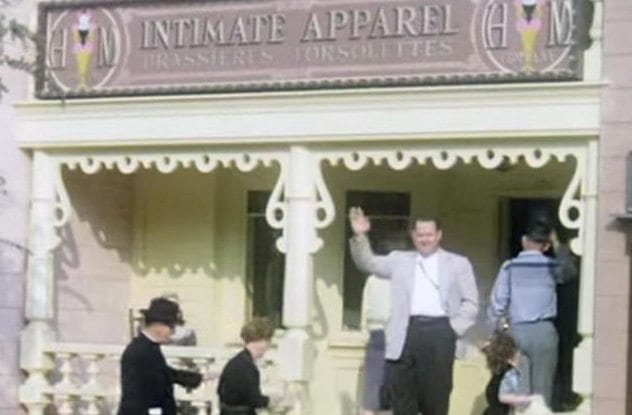 When Disneyland opened in 1955, guests could stop at “Hollywood-Maxwell Brassiere Co. Of Los Angeles.” Part of it was an exhibit on the history of undergarments. In the other part, the “Corseteria,” guests could buy corsets and bras. An exciting feature was 3-D images of women fully dressed from one angle and in their unmentionables in another. A mechanical wizard in the center was named “The Wizard of Bras.”

After six months, it was closed. In December 1990, another lingerie shop named “Jessica’s” opened on Pleasure Island. They sold bras, lingerie, and Jessica Rabbit merchandise. It closed after about three years.

In Disneyland on Main Street, a wooden Indian is a marker for the old Tobacco Shop. The shop sold cigarettes, pipes and tobacco paraphernalia, along with Disneyland matchbooks. In 1991, the shop permanently closed, but the wooden Indian still remains where it used to be. 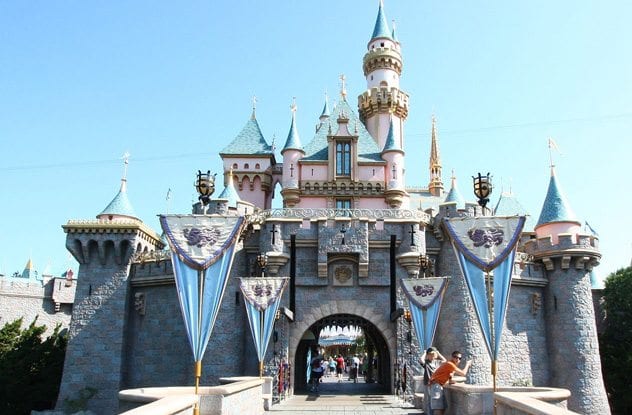 The Sleeping Beauty Castle has become the symbol of Disneyland. The front of the castle has squirrel-shaped water spouts and the Disney family crest, a triple set of lions surrounded by flourishes. The crest can be seen above the drawbridge entrance to the castle. The drawbridge works but has only been publicly lowered on two occasions: the opening day in 1955 and when Fantasyland was redecorated in 1983. The 77-foot castle was inspired by Neuschwanstein Castle in Germany and has been extensively decorated for Disneyland’s 50th and 60th anniversaries.

The Castle attraction is the story of Sleeping Beauty in a series of illustrated storybook pages. The guests head through the door on the side of the castle and up the stairs through passageways. Windows show other rooms, where scenes of the movie are displayed. During winter, patches of snow adorn the castle’s turrets, and it becomes Sleeping Beauty’s Winter Castle. Thousands of LED lights then transform it into the ice palace at night.

1Doritos Were Once Trash 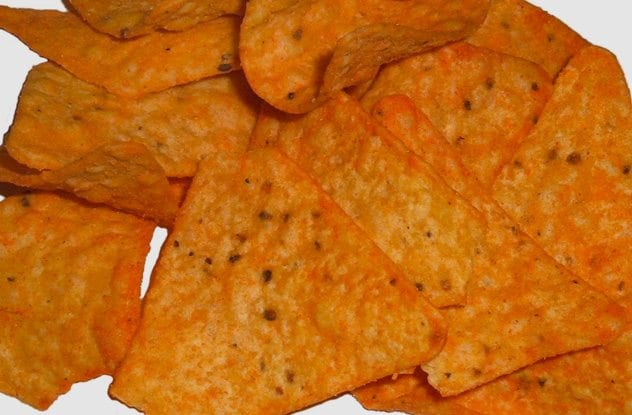 Not long after Disneyland opened in 1955, the founder of Frito-Lay got permission from Walt Disney to open a restaurant in Frontierland. The Mexican-ish themed “Casa de Fritos” was all about Fritos. A salesman from Alex Foods, who was contracted to produce the tortillas, saw stale tortillas in the garbage and told the chef to fry them and sell them as chips instead of throwing them away. The chef did this with great success but did not tell Frito-Lay about the new menu item.

It was not until one year later after that the new VP of Frito-Lay made a surprise visit. He then christened them “Doritos” and had Alex foods start producing them. Once Doritos became popular, Frito-Lay moved production from Alex Foods to a bigger factory.