As a species, we’re collectively hopeless at looking after things. Over the few thousand years of human civilization, we’ve managed to misplace treasure, artifacts, and even entire cities. But not everything vanishes forever. Occasionally, we manage to save some items—just before they’d face total destruction. 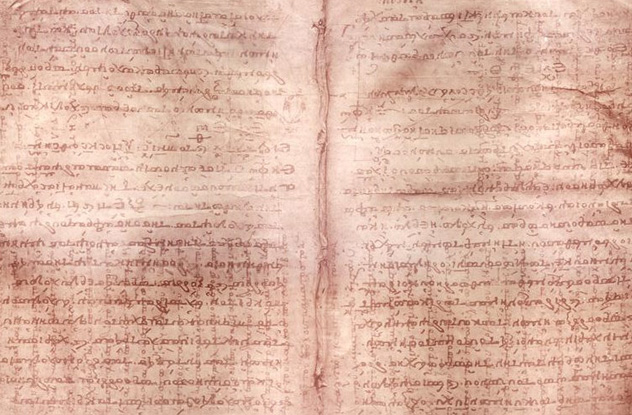 Imagine discovering a set of designs for the Apollo Moon Lander in a cache of ancient manuscripts. In 2011, mathematicians experienced the closest thing to that when they uncovered a previously lost work by Greek genius Archimedes.

By bombarding a 13th-century prayer book with X-rays, scientists discovered that it had been written on sheets of reused paper. Specifically, they’d been reused from an old book by Archimedes—a book with information far ahead of its time.

Known as the Archimedes Palimpsest, the book contained treatises on infinity written 2,000 years before anyone else thought up the concept. It also contains the earliest known contribution to the science of combinatorics—the basis for all our work on probability. It’s been called the most important find in the history of mathematics, and our 13th-century ancestors tried to erase it forever. 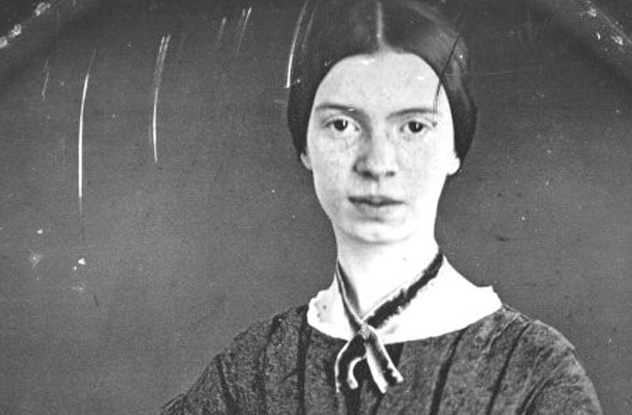 Emily Dickinson is one of the most important poets in American history. A reclusive shut-in who was unheard of prior to her death, she’s now considered second only to Walt Whitman in scope and influence. Yet her poems could very easily have been lost forever.

Upon Emily’s death, her sister Lavinia was put in charge of her writings. Accounts differ on whether or not she was carrying out her sister’s dying wishes, but Lavinia burned an incredible amount of what she found. Letters, manuscripts, and loose sheets of paper all went onto a roaring bonfire without so much as a single glance.

But when it came time to unleash her inner arsonist on the poems themselves, Lavinia had second thoughts. With what she later described as a “Joan of Arc feeling,” she examined the contents—and immediately put a stop to her conflagration. The result of her actions was the greatest cache of poems America has ever known.

8The Whole Of Monty Python 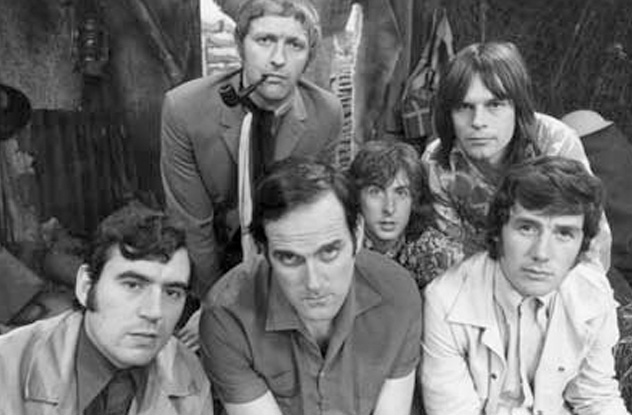 The lynchpin of success for the daft British comedy team Monty Python was their groundbreaking sketch show Monty Python’s Flying Circus, first broadcast from 1969 to 1974. Yet it’s only down to sheer luck that any of this seminal series survives.

In the 1970s, the BBC brought in a policy of wiping old tapes. They thought it absurd that anyone would willingly watch something more than once, so they decided to erase old shows to make way for new ones. Among the casualties were over 100 episodes of Doctor Who and Bob Dylan’s very first TV appearance.

Luckily for comedy fans, Monty Python member Terry Jones got wind of what was happening and quickly purchased the Flying Circus tapes mere weeks before the BBC could wipe them. Had he been any later, the whole series would be missing, and no one under 40 would have likely ever heard of Python.

7The Strange Case of Dr Jekyll and Mr Hyde 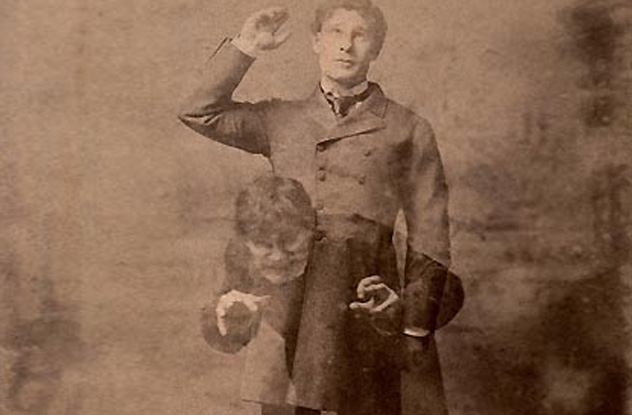 Robert Louis Stevenson’s 1886 horror classic is the sort of book other novelists go nuts over. It’s spawned movies, unofficial sequels, and academic essays. Yet the version we read is only a remake. In 1885, Stevenson finished his original tale, only for his wife Fanny to turn it into a bonfire.

At the time, Stevenson was crippled by tuberculosis, whacked out on cocaine, and probably half-mad. So when he showed Fanny this insane story and declared it his masterpiece, she assumed he’d truly gone nuts. She thought the book would ruin his reputation and destroy them financially, so she torched it to convince Stevenson to write something better instead.

Had the author been even fractionally less committed to his idea, that probably would have been the end of one (or two?) of literature’s greatest characters. But Stevenson was nothing if not dedicated. Over the next three days, he rewrote the 30,000-word manuscript from memory, presumably while also making sure his wife kept well away from matches. 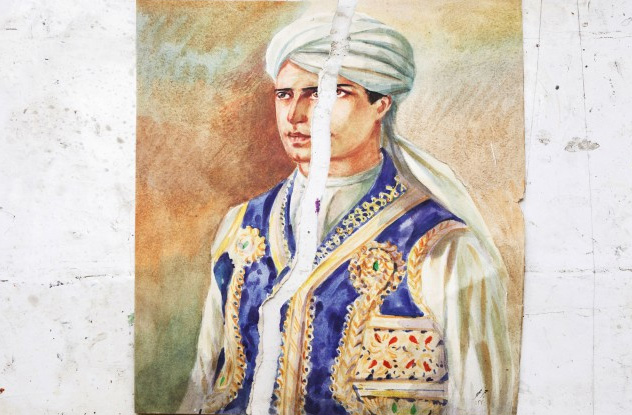 Afghanistan has one of the oldest, most complex cultural heritages of any country. Since the early 20th century, many of its greatest artists have worked exclusively as painters, creating breathtakingly realistic scenes. When the Taliban came to power, they took one look at this rich cultural heritage and decided to destroy it all.

According to the Taliban’s narrow vision of religion, reproducing any likeness of human or animal forms is un-Islamic. So when they came to power, they set off for Kabul’s National Museum to reduce 100 years of culture to dust. They hadn’t counted on painter Mohammed Yusuf Asefi.

Asefi, horrified to hear of the Taliban’s plans, contacted the museum, offering to repair damaged paintings. When the manager agreed, Asefi headed over with his equipment and painted over every single human figure he could find, disguising them as shrubbery.

The plan worked. The Taliban ignored his altered versions and left them hanging in the gallery. When the regime finally fell, Asefi returned to the gallery and carefully removed his added layers of paint, revealing hundreds of works he’d saved.

5The Epic Of Gilgamesh 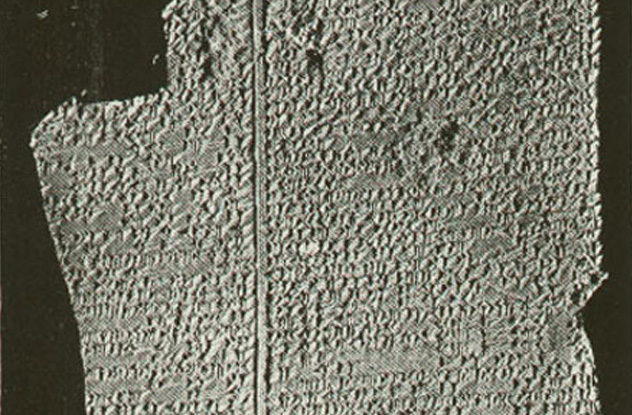 Centuries before the works of Homer were even a twinkle in their author’s eye, an unknown Babylonian scholar penned the Epic of Gilgamesh. Featuring a great warrior king who quests across the world, fighting demons, romancing goddesses, and finally meeting Noah, it’s the first masterpiece in all of literature. Yet it’s only by chance that we know of its existence today.

In the seventh century B.C., an Assyrian king known as Ashurbanipal ordered a great library to be built, containing thousands of texts. One of these was Gilgamesh. When the Empire collapsed, the whole library was lost to human memory. For over two millennia it lay buried under the Mesopotamian sands, its existence not even suspected.

A silent treatment of Dracula that’s effective even by today’s standards, Nosferatu is simply one of the most important films ever made. Roger Ebert credited it with inventing the entire genre of vampire films, and it still fills cinemas nearly 100 years after it was made.

It’s also a monumental act of plagiarism. When Dracula author Bram Stoker’s widow got wind of it, she took the makers to court, aiming to have every copy in existence destroyed. In 1921, she won her case.

Fortunately for us, international law wasn’t too rigorous back then. The filmmakers managed to keep one print hidden in Germany, and all later prints were made from this single copy. 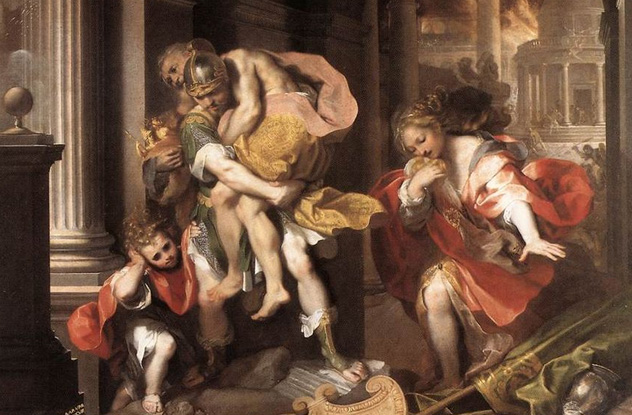 Written in the first century B.C. by Virgil, the Aeneid was regarded by the Romans as the pinnacle of storytelling. Without it, we’d have no Ovid, and our understanding of the Roman psyche would be severely limited. It was a poem that everyone knew was going to be a classic even as it was being written—everyone but Virgil, who requested on his deathbed that the manuscript be burned.

According to legend, the Emperor Augustus himself intervened to save the manuscript from the flames. Whether this is true or just a myth, there’s no doubt that someone’s forward thinking rescued one of the greatest works ever written from oblivion. 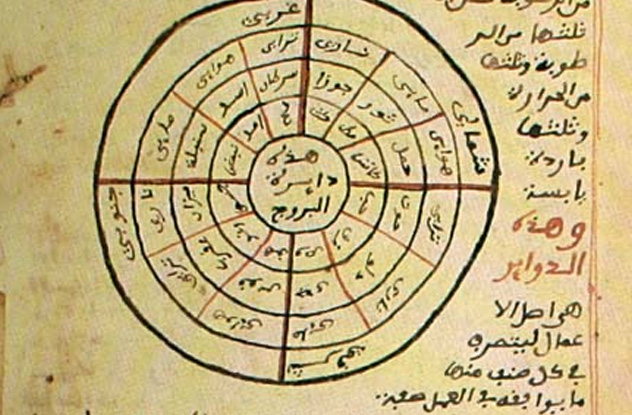 When Islamist rebels occupied the city of Timbuktu in 2012, they ushered in an era so backward it was like stepping into the Dark Ages. Artists were arrested and mutilated, music was banned, and culture was destroyed. When French and Malian forces drove out the rebels nearly a year later, the mayor had the sad duty of informing the world that all of the city’s priceless 1,000-year-old manuscripts had been destroyed.

Or so he thought. Unknown to any but a select few, hundreds of thousands of these manuscripts had been secretly hidden during the first week of the occupation by librarian Abdel Haidara. When the Islamists stormed the city, he and a few friends risked everything to move the ancient books to secure hiding places. It should have been a suicide mission, but somehow both they and the books survived.

Haidara missed a few collections, and their fate shows what awaited Timbuktu’s history if he’d failed to act. Just before they were driven out, the rebels torched over 3,000 irreplaceable works. Without Abdel Haidara and his team, that number would have been over 100 times greater.

1Everything Franz Kafka Ever Wrote 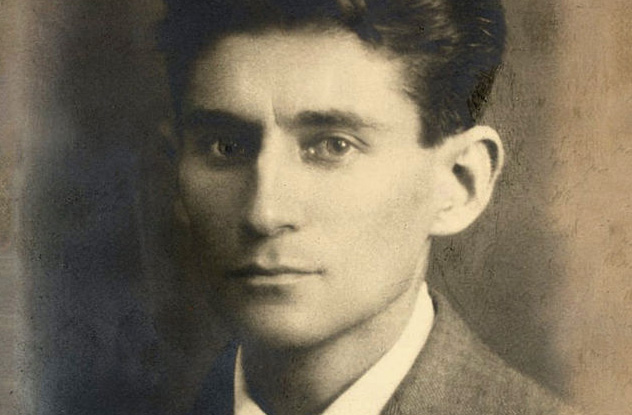 Aside from being famous authors, what do Jorge Luis Borges, Gabriel Garcia Marquez, Italo Calvino, Salman Rushdie, Haruki Murakami, Milan Kundera, Jose Saramago, and W.G. Sebald all have in common? Without Franz Kafka you’d have never heard of any of them.

Nearly unpublished in his lifetime, Kafka is probably the most important author of the 20th century. Penguin Books claims his work influenced nearly every single Western writer who followed. Yet Kafka himself wanted the whole lot of it to be incinerated after his death.

In the last weeks of his life, Kafka asked his friend Max Brod to burn everything he left behind. Perhaps worried Brod wouldn’t follow his request if he knew what he was burning, he also left specific instructions that none of it be read. Thankfully, Brod ignored his friend’s last wishes and instead published everything he was given. The result: the greatest body of work in the whole of Western literature, one we very nearly missed out on.