In a time when online attention can bring surprising wealth and power, many people get angry about what they perceive to be undeserved fame. “Famous for being famous” is an insult, and the heirs and reality television stars who are its targets are held up as evidence of cultural decline. But the public has always been fascinated by novel figures of little value to society; some reality television stars are pillars of society by comparison. 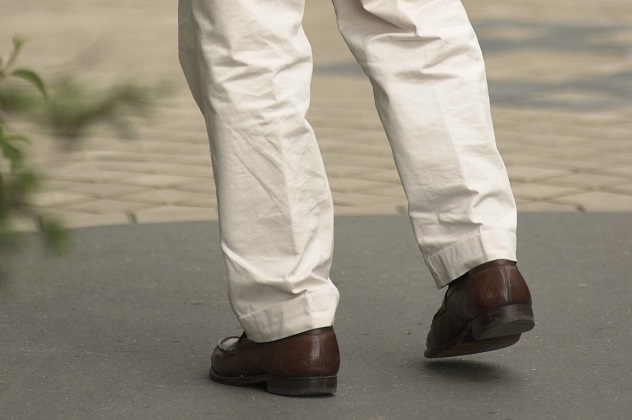 In 1931, Plennie Wingo was hanging out with some teenagers in his restaurant and talking about possible publicity stunts when he came up with a simple but stupid idea: He decided to walk backward around the world.

After some initial practice, he realized that he would need reflective glasses to walk steadily. With a sign pinned to his jacket announcing his intentions, he set off. He made it about 13,000 kilometers (8,000 mi) before a passport dispute in Istanbul sent him back, but by then, the novel act had made him a household name.

In 1976, Wingo decided to try another massive backward walk, a stretch of 634 kilometers (400 mi) from San Francisco to Santa Monica. Though it was much less ambitious than his earlier plot, he had once again gained so much publicity that his walk ended with an appearance on The Tonight Show with Johnny Carson. 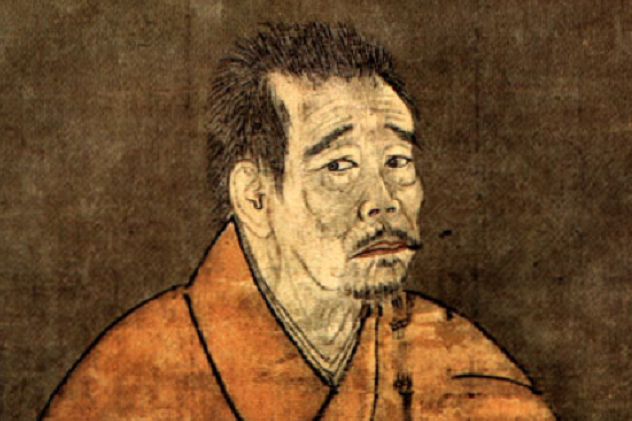 Given how well known he was in his time, this zen monk had surprisingly little in the way of claims to fame. After being inducted into the ranks of zen at an early age in the 15th century, he eventually rose to the position of headmaster of his school but famously quit less than two weeks later. Upon his resignation, Ikkyu declared that his peers were hypocrites and bemoaned the life of a monk. On his way out, he let it be known that if anyone needed him, he’d be out drinking and whoring. 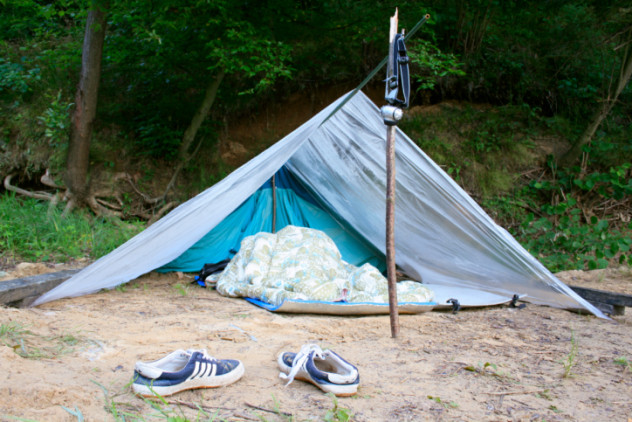 In 1969, a former insurance salesman and family man named Bill Britt abruptly decided to leave Chestnut Hill, an affluent Boston neighborhood, for an improvised lean-to on government property. He was finally ousted by the state 16 years later, and his lean-to was destroyed. In response, he embarked upon a passionate campaign to be allowed to stay on state property.

Since Britt made all of his money from turning in cans and bottles and refused to accept welfare, he obviously didn’t have the money to finance his campaign. What he did have was sales skills, which enabled him to court the media, framing himself as a victim of government harassment. He was so successful at this that “the hermit of Chestnut Hill” appeared on The Late Show with David Letterman as his lean-to was destroyed and rebuilt again and again.

Britt certainly saw no practical benefit from his fame. He refused to accept any alternative housing or offers of charity, even from his daughter, who didn’t know her father’s whereabouts for years. Just three years after the first destruction of his shelter, he succumbed to numerous severe infections that he incurred from his woefully inadequate living conditions. His obituary was published in The New York Times, among other papers.

Her first video to go viral, seen above, features the 20-year-old staring into her camera, briefly glancing away, then staring at it again. As Adams explained, she was just messing around with the newly purchased camera with no expectation that the video would receive so many views. Adams’s videos were so popular that the American expat was featured on Japanese television.

Innumerable people claim to be a reincarnation of Jesus Christ and other deities, giving them enormous power over their believers, and few have become more prolific than David Bawden. Born in Oklahoma City in 1960, he joined a very traditionalist Catholic organization called The Society of St. Pius when he was 15 years old. In 1990, due to conflicts with the Vatican election procedure and the decisions of recent popes, Bawden declared that the pope’s election was invalid and had himself elected instead. The “election” consisted of six votes, including those cast by himself and his parents.

Bawden has continued calling himself pope for decades, accumulating about 100 followers by 2012. His story has been covered by multiple media outlets, and he even earned his own documentary. Not bad for a man with such limited resources that he had to self-publish his book. 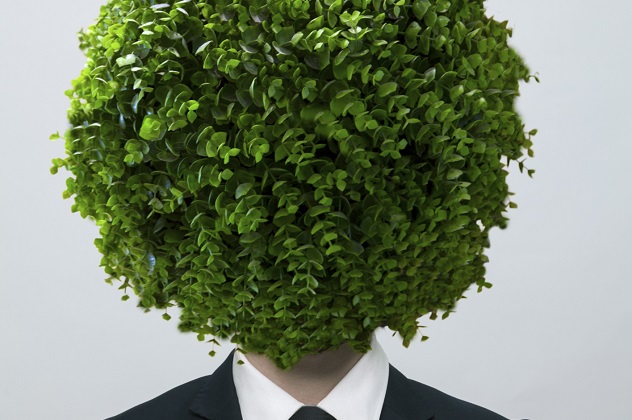 David Johnson is a peculiar man, to say the least, who decided one day in the early ’80s to disguise himself as a bush near Fisherman’s Wharf in San Francisco and scare passersby who weren’t aware of his presence. He’s been a beloved icon of the city ever since, allegedly making as much as $60,000 a year from the tips of his “patrons.” He hired Gregory Jacobs to prevent startled people from attacking him and intimidate them into tipping, which may have had more than a bit of influence on his income.

The only bump in the road came in 2004, when the local district attorney tried to shut Johnson’s act down after receiving a large number of complaints. Fortunately for his fans, Johnson’s public defender won the case, and he went right back to work. Tragedy then struck in 2014, when Jacobs passed away. His obituary was printed in newspapers all over California, including an airing on the local NBC affiliate, while local news assured readers that the “original Bushman” would carry on scaring the daylights out of them. 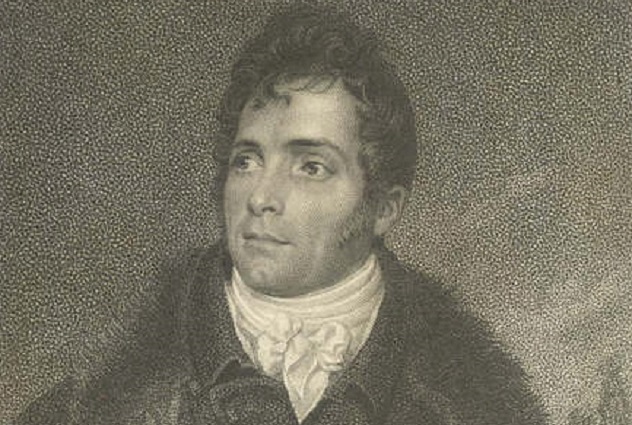 Despite being heir to a sugar plantation fortune, Coates went into stage acting in Britain in the 19th century. In February 1810, he debuted his unique brand of performance at the Bath Theater Royal. Despite a universally negative response that included literal food-throwing, Coates stubbornly continued financing vanity productions of Shakespeare’s classics, among other vaunted plays.

Over the course of his six-year career, Coates was a spectacle of bad taste. He wore outfits of wildly clashing colors such as a blue cape, silver silk with pink lining, and crimson pantaloons. He regularly broke character during his performances, such as the time he left the stage to attend to an audience member who had asked for a pinch of his snuff. Before death scenes, he carefully placed a handkerchief onstage and placed his hat upon it before expiring. On at least one occasion, he repeated his death three times in a row.

Showing that ironic appreciation is nothing new, Coates became a stage icon similar to cult film icons like Tommy Wiseau and Ed Wood. He performed before dukes, duchesses, and even the prince regent at the time. He didn’t embrace his camp appeal until his 1816 retirement, by which time he was playing to sellout crowds with more than 1,000 more turned away.

Starting in 1964, the Charmin toilet paper company produced a series of commercials starring a character named Mr. Whipple, played by character actor Dick Wilson of Bewitched fame. The commercials featured some variation of the grocery store manager ordering customers not to squeeze the toilet paper before enjoying a squeeze himself and getting called out as a hypocrite.

While this concept sounds as disposable as a sheet of toilet paper itself, it captured the public’s attention to an amazing degree. Wilson starred as Mr. Whipple in 500 commercials over a span of 21 years. The character was named the third-most recognizable man in American in a 1978 poll, behind only Richard Nixon and Billy Graham. 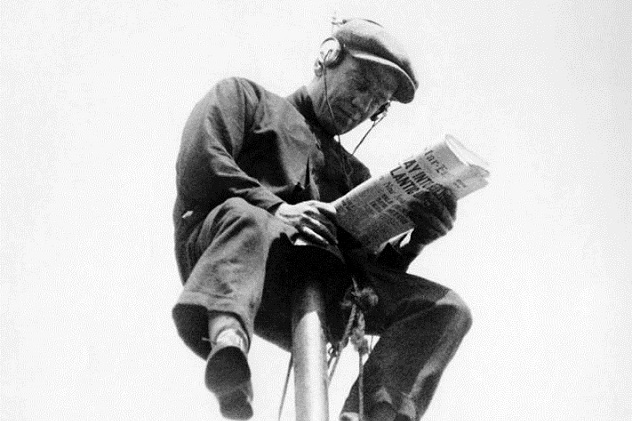 Alvin Kelly was a stuntman who decided in 1924 to climb a flagpole and sit on it to promote a nearby Hollywood theater. He stayed there for an amazing 13 hours and 13 minutes, launching a fad that required him to repeatedly break his own record. His final victory was a seemingly impossible 49 days.

Kelly kept his balance by placing his feet in stirrups while he was perched upon his seat, which was 33 centimeters (13 in) wide. He consumed only liquid nourishment and urinated through a tube in his pants, which directed the stream down the pole to the ground below. The stunt earned him $100 per hour for six years until the fad died out at the onset of the Great Depression. 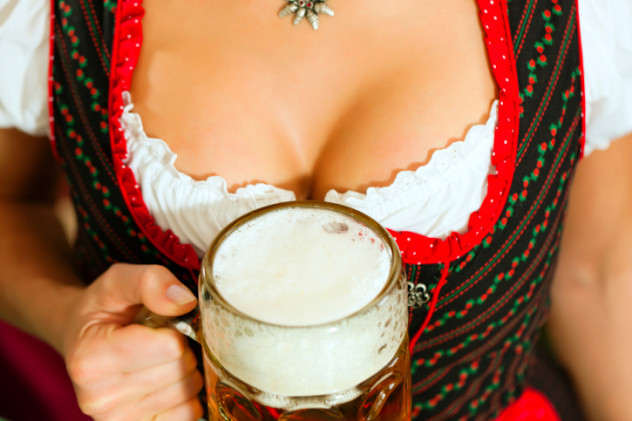 Rarely has someone achieved so much attention for so little and then fallen so completely into obscurity. Ruthie Lucille Fontanini was a 26-year-old tavern operator in Des Moines, Iowa who got in trouble with the law twice in 1953 for her unusual method of serving beer: placing a mug on her breasts and carrying it over to the customer. After she successfully defended her case both times, her suggestive gimmick earned her a surprisingly high profile

No less a famous figure than Cecille B. DeMille was reported to be a Ruthie fan, appearing to watch her act on several occasions. She even became the namesake of a pair of mountains, called “The Ruthies,” during the tail end of the Korean War. Fontanini never attempted to cash in on her fame, however, seemingly happy to quietly marry and settle into a domestic life.

Dustin Koski is featured in the latest Listverse book.