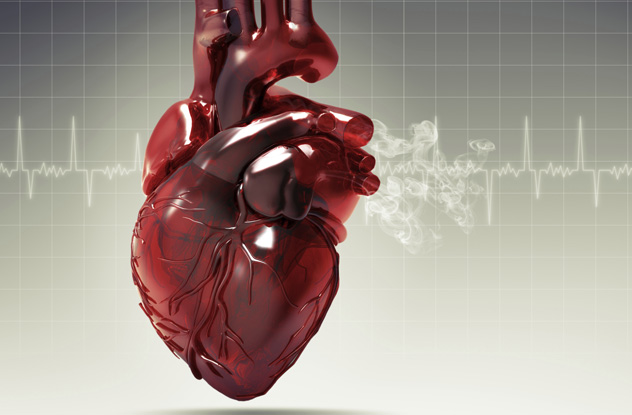 A 2014 study on 12 astronauts found that the heart becomes 9.4 percent more spherical after long exposure to microgravity, or weightlessness, in space. This could cause heart problems, especially on a deep space flight to Mars.

“The heart doesn’t work as hard in space, which can cause a loss of muscle mass,” said Dr. James Thomas of NASA. “That can have serious consequences after the return to Earth, so we’re looking into whether there are measures that can be taken to prevent or counteract that loss.”

So far, the change in shape reverts after the astronauts come back to Earth. But no one knows what the long-term effects will be. Doctors already know that astronauts experience dizziness when they return to Earth. Sometimes, a sudden blood pressure drop will cause them to pass out when they stand up. Some astronauts also experience arrhythmia in space.

The researchers need to devise exercise regimens to keep deep space astronauts safe from these effects. Certain people on Earth, such as those on bed rest or with heart failure, may also benefit from this kind of exercise.

A new five-year study is also underway to determine if space may speed up the development of atherosclerosis in astronauts. 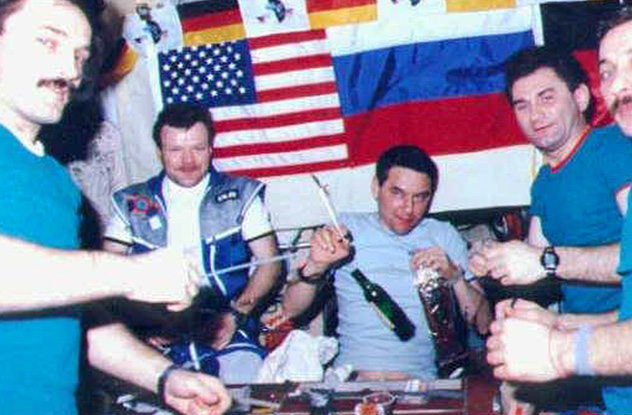 Although NASA conducted an anonymous health care survey on its astronauts and ultimately dismissed concerns about excessive drinking, allegations were made in 2007 that drunk NASA astronauts were permitted to fly on the space shuttle and a Russian Soyuz spacecraft in two separate incidents. This happened even though flight surgeons and other astronauts allegedly brought their safety concerns to local managers.

At that time, NASA’s policy prohibited drinking for 12 hours before astronauts flew training jets. The policy was supposed to apply to spaceflights, too. To avoid any doubt, NASA made their “bottle to throttle” rule official after an independent panel reviewed the matter.

One retired astronaut, Mike Mullane, said some astronauts drink alcohol before a flight to dehydrate themselves and make the countdown to launch more comfortable on their bladders.

Psychological issues have also occurred in space. On the Skylab 4 mission, astronauts got so testy with mission control that they turned off their radio and ignored NASA for a day. Researchers are now studying the potential effects of a longer, more stressful deep space mission to Mars.

8Sleep Deficiencies And Use Of Sleep Aids 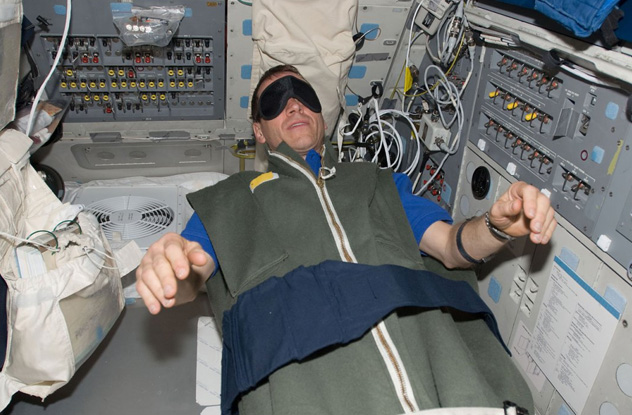 A 10-year sleep study showed that astronauts don’t get enough sleep for weeks before and during their space missions. Three out of four also use sleep medications, which may be dangerous when operating the spacecraft or other equipment. This is particularly concerning if all the astronauts on a mission take the same drug at the same time, especially if they must awaken for an emergency alarm.

“Future . . . missions to the Moon, Mars, or beyond will require development of more effective countermeasures to promote sleep during spaceflight to optimize human performance,” said senior study author Dr. Charles Czeisler. “These measures may include scheduling modifications, strategically timed exposure to specific wavelengths of light, and behavioral strategies to ensure adequate sleep, which is essential for maintaining health, performance, and safety.” 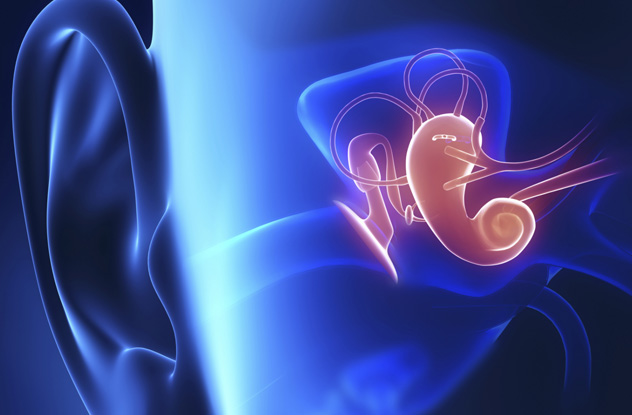 On the International Space Station, astronauts initially had to wear ear plugs all day. But NASA developed ways to reduce the noise levels with acoustic padding for the walls and quieter fans, among other measures.

Besides the noise levels, other factors that may contribute to hearing loss in space include atmospheric contaminants, higher intracranial pressure, and greater carbon dioxide levels.

In 2015, NASA will study how to prevent hearing loss during a one-year mission to the International Space Station with two crew members. They want to see how much hearing they can preserve for these individuals and determine an acceptable risk for hearing loss. Ultimately, they want to figure out how to minimize hearing loss over an astronaut’s lifetime, not just one mission. 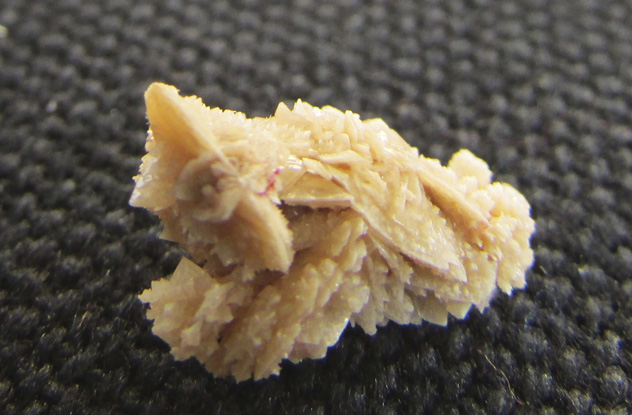 About 1 in 10 people develop a kidney stone during their lifetime on Earth. But that risk is far greater for astronauts in space because bones demineralize in a weightless environment. That releases salts such as calcium phosphate into the blood. Concentrating in the kidneys, these salts may form stones that range in size from microscopic to as big as a walnut. Kidney stones may cause excruciating pain. But it’s also possible for the kidney to stop working if a stone blocks the tube that drains the organ.

For astronauts, the risk intensifies because microgravity also causes a decline in blood volume. In addition, many astronauts don’t drink the 2 liters (0.5 gal) of water needed to stay completely hydrated and pass the stones in their urine.

At least 14 American astronauts developed kidney stones shortly after their missions ended. And in 1982, one Soviet cosmonaut doubled over in excruciating pain for two days on the Salyut 7 space station while his crewmate watched helplessly. Before the Soviets were able to launch a rescue for what they thought was appendicitis, the cosmonaut passed a small stone in his urine.

Scientists have been working on an ultrasound machine about the size of a desktop computer to detect kidney stones and push them out of the kidney with short bursts of sound waves. 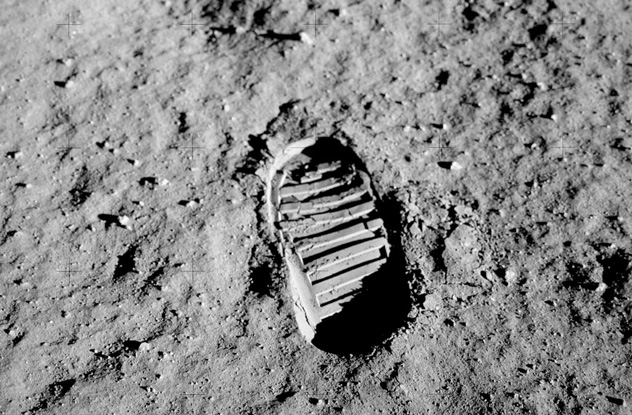 Although we don’t know what effects dust from other planets or asteroids will have on our astronauts, we do know that moon dust caused some problems on their lunar missions.

The most dangerous effect may be on the lungs if the fine particulates of moon dust are inhaled. Extremely sharp-edged moon dust can harm the heart and lungs, with effects ranging from inflammation to a heightened risk of cancer. It’s somewhat like inhaling asbestos.

This sharp-edged dust can also cause irritation and abrasions on skin. In fact, it’s been known to wear through multiple layers on a boot of Kevlar-like material. Lunar dust can also scratch the cornea of an astronaut’s eye, causing an especially serious emergency in space.

But researchers admit they can’t duplicate the conditions of the Moon for their tests. For example, on Earth, the dust particles are no longer in a vacuum or exposed to radiation. Only more studies conducted on the Moon, rather than in a lab, will give scientists the rest of the information they need about lunar dust toxicity. 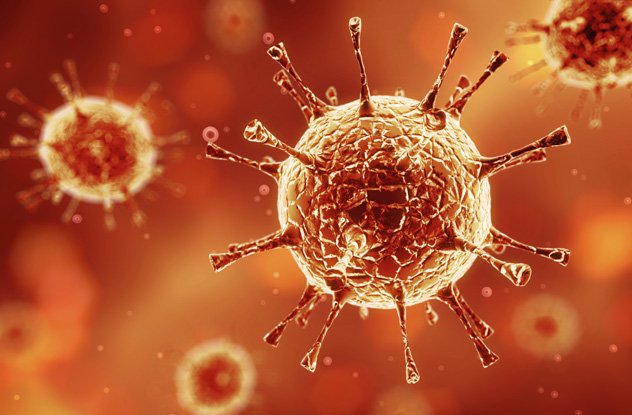 On Earth, our immune systems change if we don’t get enough sleep or nutrition or if we’re under too much stress. The immune systems of astronauts on lengthy missions seem to change while in space, turning a simple cold or the flu into a potentially serious health risk.

“Things like radiation, microbes, stress, microgravity, altered sleep cycles, and isolation could all have an effect on crew member immune systems,” said NASA immunologist Brian Crucian. “If the situation persisted for longer deep space missions, it could possibly increase risk of infection, hypersensitivity, or autoimmune issues for exploration astronauts.”

If necessary, NASA will use newer kinds of radiation shielding, nutrition supplements, and medications to counteract these changes to the immune system. 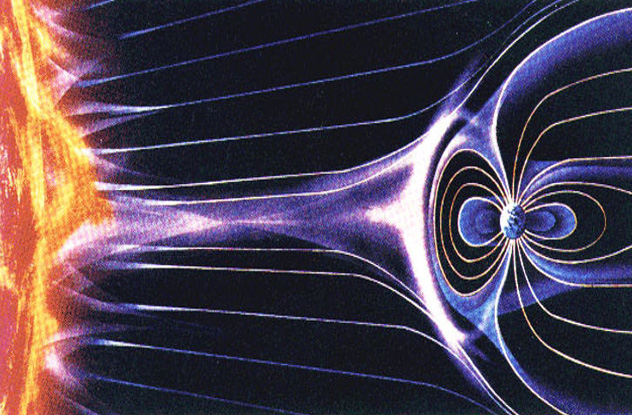 An extremely unusual and long absence of solar activity is causing dangerous radiation levels in space. Nothing like this has been seen for almost 100 years. “While these conditions are not necessarily a showstopper for long-duration missions to the Moon, an asteroid, or even Mars, galactic cosmic radiation in particular remains a significant and worsening factor that limits mission durations,” explained Nathan Schwadron of the UNH Institute for the Study of Earth, Oceans, and Space.

The effects of this type of exposure range from radiation sickness to cancer and organ damage. These radiation levels will also reduce the number of allowable days behind the shielding of a spacecraft by 20 percent.

One mission to Mars could expose an astronaut to two-thirds of his or her safe lifetime limit of radiation. This radiation may damage human DNA and increase cancer risk. “In terms of accumulated dose, it’s like getting a whole-body CT scan once every five or six days,” said scientist Cary Zeitlin. 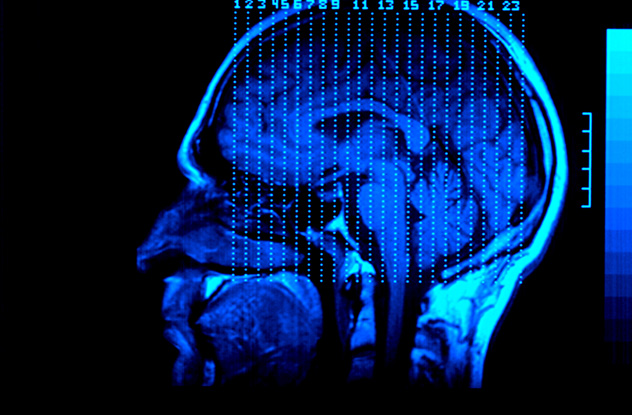 But not every rat was affected the same way. If that’s true for astronauts, the researchers believe they can devise a biological marker to predict which astronauts will experience these effects. Then they might be able to lessen the effects of radiation for those people.

A more serious concern is Alzheimer’s. “Exposure to radiation levels equivalent to a mission to Mars could produce cognitive problems and speed up changes in the brain that are associated with Alzheimer’s disease,” said neuroscientist Kerry O’Banion. The more time in space, the bigger the risk for the astronaut.

The one bright spot is that the scientists tested a worst-case scenario. They flooded the rats with the full amount of an entire mission’s radiation at once. Astronauts would be exposed to that radiation amount over three years. The human body may adapt to the smaller doses.

Also, plastics and other lightweight materials may provide astronauts with more protection from radiation than aluminum currently does. 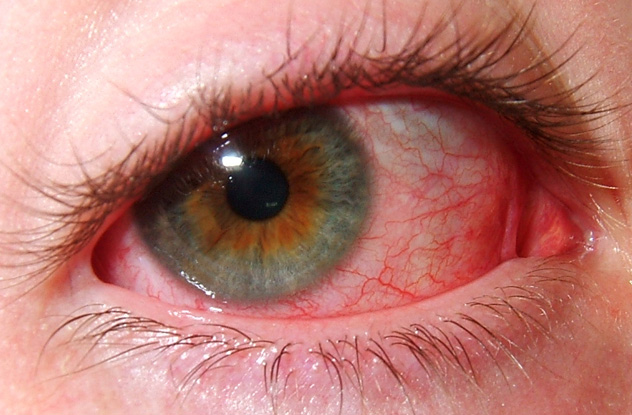 Doctors at the University of Texas performed brain scans on 27 astronauts who’d been in space for over a month. In over 25 percent of them, the back of one or both eyes had flattened. This shortened the affected eyeball, making the person more farsighted. Again, the longer in space, the more severe and more likely the problem.

Scientists believe this may be another effect of the rise of fluid that occurs in a person’s body in a weightless, or microgravity, environment. In this case, the pressure seems to build inside the skull from the increased flow of cerebrospinal fluid into the head. The fluid can’t expand the bone, so it flattens the eyeballs instead. Researchers don’t know if this effect will diminish or intensify for astronauts in space longer than six months. But it’s critical to find out before sending a crew on a Mars mission that could last at least one year.

If the problem is caused by intracranial pressure, one possible solution is to create artificial gravity for about eight hours each day by spinning the spaceship while the astronauts sleep. But it’s too soon to tell if that will work. “This is one [problem] that we don’t yet have a good handle on, and it can be a showstopper [for long-duration missions],” said NASA scientist Mark Shelhamer.