Most animal appendages have obvious uses, but the evolutionary dice that dictate all adaptations sometimes land quite oddly. Old parts occasionally gain new and awesome utilities.

10 Horses Use Their Ears And Eyes To Point And Communicate 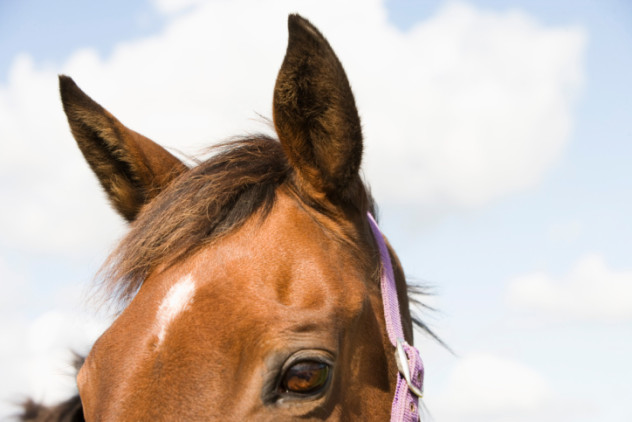 Horses are a lot more articulate than we thought. They communicate not only through snorts, brays, and neighs, but also with eyes and ears, the latter of which are highly pliable and used like equine turn signals.

In a study, University of Sussex PhD student Jennifer Wathan and her adviser Karen McComb photographed horses looking at buckets of food. They then altered some of the images to obscure either the eyes or ears before scaling the photographs to life-sized proportions and showing them to real horses who were given a choice between two similar feed buckets.

While looking at the unadulterated images, test horses tended to go for the same bucket as their facsimile compatriots. When the ears or eyes were obscured, this behavior disappeared. Of the two modifications to the images, the test subjects heeded the directions of the ears a bit more than the eyes.

The study suggests that our wriggly-eared companions use these gesticulations to either point out food or to alert others to the presence of predatory animals. We probably would have figured this out sooner, but sometimes innate anthropocentric biases limit our scientific vantage point. Studies on animal linguistics often focus on gestures, postures, and calls because these are the main components of our language.

9 Hippos Use Their Tails To Propel Feces 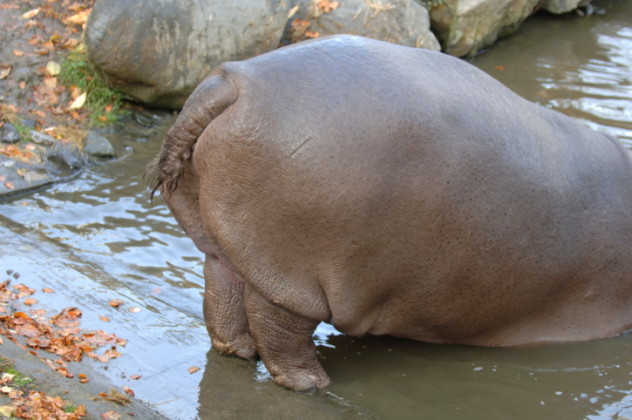 With its dopey face, puffy body, and short, stubby tail, the hippopotamus is one of the animal kingdom’s most deceptive killers. Among the most dangerous creatures on Earth, hippos lull victims into a false sense of security with pudgy cuteness and then strike with lightning reflexes and scimitar teeth.

But not everything about these animals is terrifying. Their tiny tails are hilarious not only in design but in function as well. You see, dominant male hippos mark their territory by scattering excrement, but they’re too fat and lazy to walk around to do so. Instead, they twirl their little tails around like leathery propellers and defecate into the whirling blades.

And so they spread their feces—mixed with a touch of urine for extra pungency—haphazardly in all directions to deter rival bulls from encroaching on their land. Oddly enough, juvenile hippos are inexplicably drawn to smelly dumps, and young are known to follow older males around to lick at their rear ends.

8 Trap-Jaw Ants Launch Themselves To Safety With Their Mandibles

Trap-jaw ants have shears for mandibles and can snap them at 40 meters per second (90 mph). With such speed and size, they can easily cleave enemies in half in the blink of an eye. Amazingly, it turns out they can use their oversized jaws for defense as well as assault.

Researchers had noted that the ants would sometimes flick themselves into the air with their incredibly strong mandibles. It wasn’t clear why—possibly as an evasive maneuver.

As always, scientists tried to understand this puzzling behavior by reproducing it in the lab. They brought in some antlions, larger insects that love to eat ants. To capture their prey, antlions build pits in the sand that crumble beneath the unlucky ants’ feet. Waiting inside the pit, the antlion gobbles up anyone that falls through.

Sure enough, trap-jaw ants that were at risk of sinking into the sand sometimes used their mandibles to propel themselves away from danger. Furthermore, the ants that had their jaws glued together were only half as likely to escape their fate as dinner. 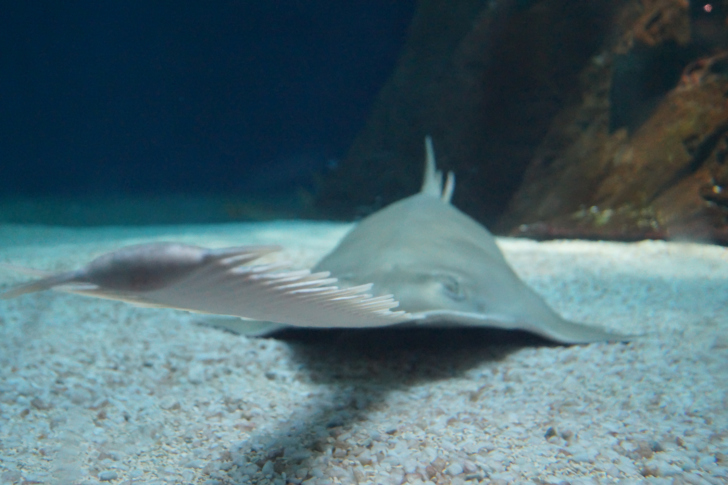 The sawfish is a feared aquatic predator. Its large, serrated appendage makes for an intimidating weapon that can slice smaller fish clean in half. But the sawfish’s multi-tool muzzle can also detect electrical fields produced by living creatures.

While dissecting a few sawfish specimens—that had died naturally—researchers found their fimbriated snouts were full of tiny pores. These were indicative of the animal’s electrical prowess, and similar pores are present in other creatures that share this talent. These sensors are usually dotted around the mouth so that the fish can quickly clamp down on anything unlucky enough to trigger its electro-location.

It might seem unfair that evolution gave a saw-faced beast what amounts to a video game mini-map, but it’s a necessary tool when one lives in exceedingly murky waters where visibility is measured in millimeters if the sediment has been stirred. By using its saw as an electrical walking stick and rangefinder, the sawfish remains lethal where most would be blind.

6 Ants Use Their Antennae To Grip Tunnel Walls 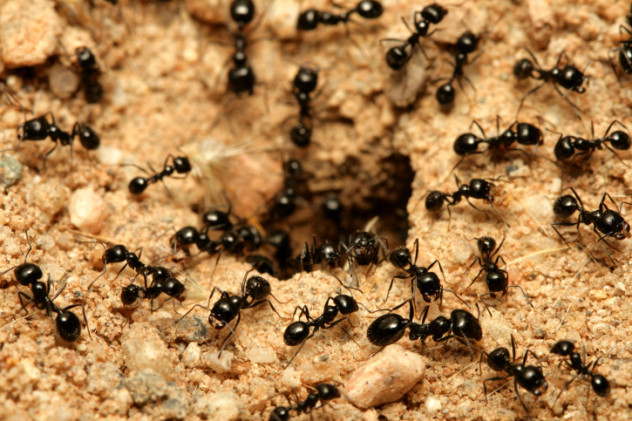 Not long ago, researchers conducted one of the most detailed studies of ant tunneling ever. It’s a common practice to fill a clear container or tube with dirt and watch the ants do their thing, but this time, X-ray tomography allowed researchers to watch the ants work under more natural conditions.

They found the tunnels were built to precise, optimal dimensions for structural integrity. To induce a mini-collapse (to observe how the poor ants cope and rebuild), scientists used a small piston to shoot a stream of air into the tunnel. To their amazement, the momentarily displaced ants latched onto the sides of the tunnel with their antennae, displaying an entirely novel use of the common appendage.

It turns out that the tunnels are not only built for strength, but small enough to allow the ants to catch themselves against the walls—quite a useful adaptation for busy little insects that spend considerable time traversing a vertical maze of tunnels.

5 Some Owls Use Their Faces As Radar Dishes 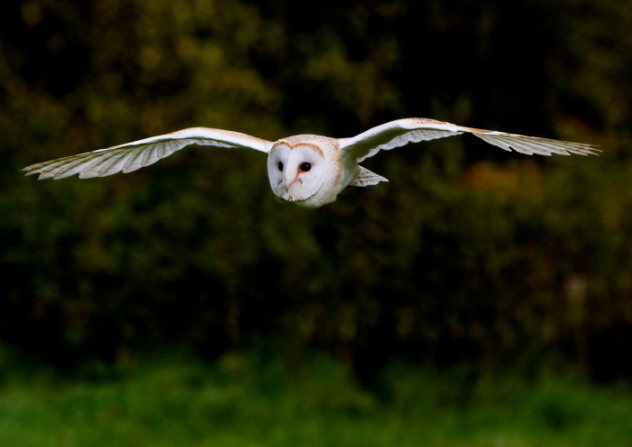 Owls are the wise old patrons of the animal kingdom. Under their sagacious sheen, the birds are adept assassins. In fact, owl bodies are packed with loads of evolutionary goodies that allow them to locate and effortlessly swoop down on any creature that piques their appetite or ire.

One indispensable facet of the owl’s toolkit is its face. Most animal heads are either round with fluff or pointy with muzzles, but owls sport flat, elliptical faces. And for a good reason—they’re able to use them as biological satellite dishes. The iconic flat shape funnels sound waves toward the ears, allowing the owl to detect the slightest of rustles.

The ears themselves are also quite odd because they are not level. Instead, one ear rests above the other. This provides owls an even more accurate audio survey of their surroundings because they automatically account for the slight time difference between sound waves reaching each ear. This amazing adaptation gives owls a sense of hearing 10 times sharper than ours and the ability to pluck unassuming rodents from underneath layers of snow. 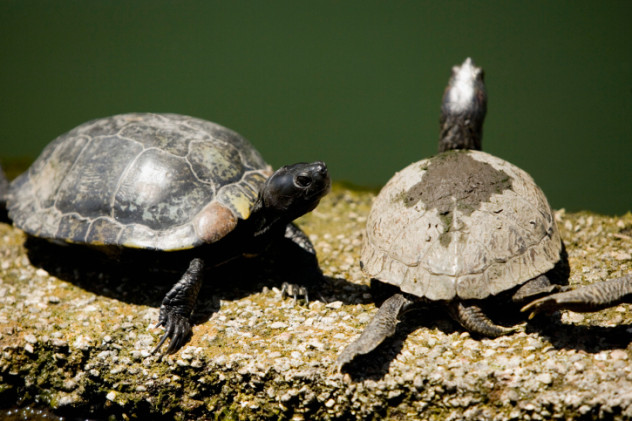 White-throated snapping turtles—as well as other turtle species—faced a tricky evolutionary challenge: They’re turtles. Slow of foot and short of weapons, these animals prefer to avoid confrontation by hiding underwater. Constantly resurfacing for air would leave them vulnerable to attacks, so the turtles developed a resourceful skill. They breathe through their anuses.

Sadly, murky water caused by all sorts of industrial processes is mucking up the turtles’ anuses and has left them teetering on the brink of being wiped out of their preferred habitats. Full of sediment and chemical crud, the harsher waters have limited these poor creatures’ evasive efforts, and it’s believed that less than 1 percent survive to adulthood. 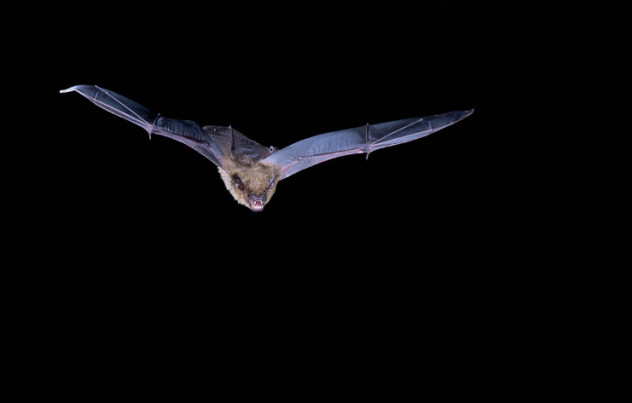 Bats pull off all sorts of insane acrobatics to catch their prey, and scientists want to steal their secrets to build better aircraft. As the only mammals clever enough to have mastered self-powered flight, the speedy daredevils offer a different technological inspiration compared to birds and flying insects. But in light of a recent study, we’re probably not getting bat-winged planes anytime soon.

Bat wings are nothing short of miraculous. Researchers recorded activity in the bats’ sensory neurons as puffs of air were shot at the many tiny hairs on their wings and found an incredibly complex wing–brain connection. To perform their crazy tricks, bats literally feel out the air, using their fuzz as a sensory organ that delivers immediate, detailed feedback about changes in airflow.

This incredible tactile sensitivity makes the bat wing the ultimate aerodynamic tool—far better than anything we’ve ever created, anyway. The multipurpose wing acts as a propeller, flipper, airplane wing, airfoil, and then some, according to Cynthia F. Moss, a neuroscientist at Johns Hopkins University.

In 2014, researchers discovered the warblers’ secret superpower—the ability to predict tornadoes. It all started when five geotagged birds surprised scientists by ditching their nesting sites for a 650-kilometer (400 mi) detour to Mexico. This was several days after the completion of their migratory journey, so it wasn’t clear why the capricious warblers departed early. The following day, tornadoes swept through the area. It appears that the diminutive warblers’ ears are tuned to detect low-frequency noises, such as the rumble of an approaching tornado, which the birds can detect a couple days and hundreds of kilometers in advance.

This was a discovery courtesy of accidental science; the warbler project wasn’t meant to ascertain any specific information. Instead, the goal was simply to find out whether the small, finicky birds could be efficiently tracked using geolocators. 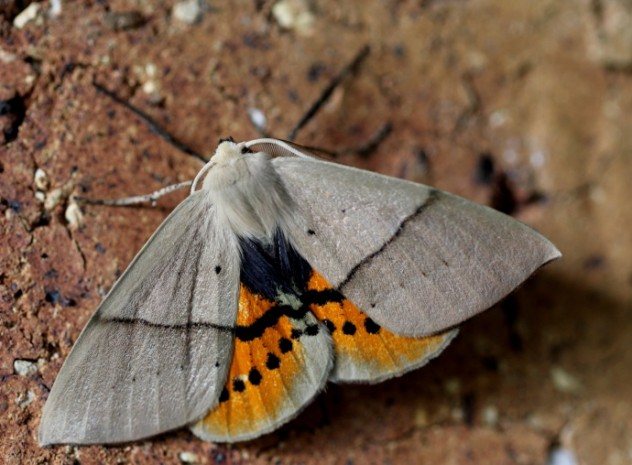 Genitals have an obvious purpose in the animal kingdom, and rarely do they deviate from that ultimate goal. Some moths, however, have truly spectacular multipurpose members that act as sonic jammers to deceive bats.

Tom and Jerry would have been more accurately cast as bat and moth; the two latter species have been locked in a never-ending evolutionary game of roshambo. For continued survival, each has had to develop new techniques to either hunt or evade. Thanks to the glory of evolution, adaptations come in all shapes and sizes.

Case in point: sonar-jamming penises, which sprang up about 26 million years ago. Compared to their mortal foe, moths look smaller and less ferocious, but don’t be fooled. They pack thorny barbs on their legs and are excellent flyers. Most impressively, by rasping their penises against their abdomens, moths generate ultrasonic pulses similar to the echolocation pings bats use to hone in on prey.