Although we all love our fair share of on-screen romance, action, and comedy, it’s not often that we learn about life on the production side of things. Behind-the-scenes action can be just as scandalous, dramatic, and, in some cases, dangerous as what appears on-screen. These are 10 notorious film and television sets that were responsible for injuries and death.

10 The Sword Of Tipu Sultan 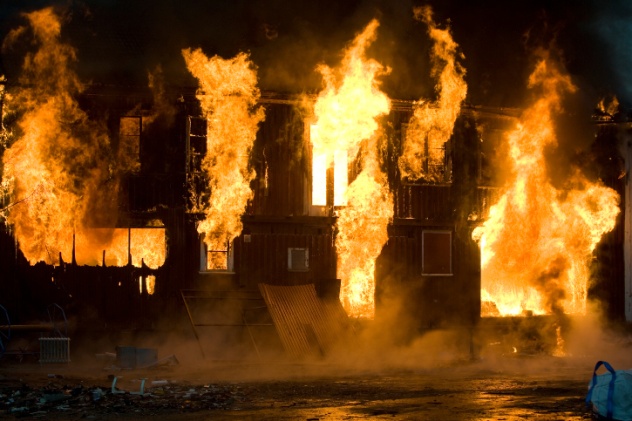 Released in India in 1990, this historical, albeit fictional, TV serial, based on a best-selling novel by author Bhagwan Gidwani, was released to critical acclaim. Particular praise was focused on its grandeur and excellent casting. In addition to enjoying immense popularity throughout India for its quality, it has also gone down in history for another reason: It was the direct cause of probably the most deaths ever recorded on a single set.

On that critical day in 1990, which is certainly etched into the mind of actor and director Sanjay Khan, the film crew had gathered at Premier Studio in Mysore, where a temperature of 49 degrees Celsius (120 °F) and a volatile combination of loose wiring, no exhaust, no ventilation, and walls constructed without fireproof material turned into an uncontrollable blaze. Barely escaping with his life, Khan, along with several other crew members, suffered serious burns on the set and spent almost a year in the hospital. Sixty-two other crew members weren’t as fortunate. 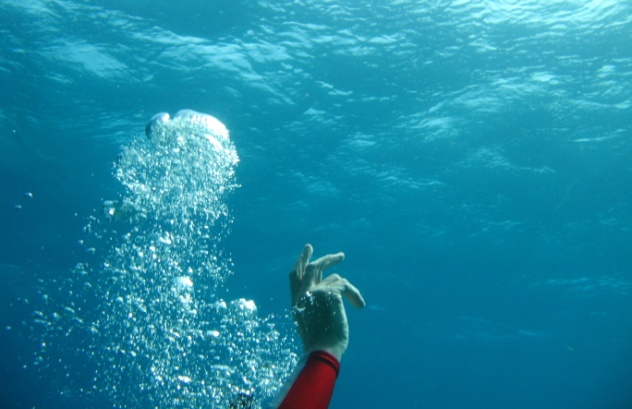 Combining romance, disaster, drama, action, suspense, and humor in a single film, this 1997 epic was the film of the year, sweeping 11 Academy Awards and catapulting James Cameron, Kate Winslet, and Leonardo DiCaprio even further into the international limelight. As stories from the set go, however, success can at times exact a heavy price.

Ever the perfectionist, Cameron spent over a week filming the Titanic’s final moments above the surface. During this time, multiple stuntmen received everything from fractured cheekbones to cracked ribs. Even Kate Winslet complained of almost drowning twice on-set. There were a total of nine serious accidents during the shooting of the film, some of which called for plastered ankles and even a splenectomy. The Screen Actors Guild was forced to travel to Mexico, where they conducted an investigation.

To boot, at a party held after shooting, the lobster chowder was laced with PCP, also known as Angel Dust. In addition to creating discolored eyes and complete chaos, with people rolling around on the ground and laughing hysterically, some 80 crew members, including Cameron, ended up in the hospital.

After the success of Cecil B. DeMille’s 1923 version of Ten Commandments, producer Darryl F. Zanuck and director Michael Curtiz decided to invest in another Bible-based epic with extravagant sets and a multitude of extras. All was going according to plan until the climactic flood scene.

Instead of using miniatures or other means to show the catastrophic flood, Zanuck and Curtiz had the bright idea to pour 15,000 tons of water over the extras and sets as the cameras rolled. The obvious danger this presented, along with Curtiz’s alleged statement, “[The extras] are going to have to take their chances,” actually caused head cameraman Hal Mohr to leave the project.

Sure enough, the deluge of icy water that was unleashed over the sets wreaked havoc for the production. Many people frantically tried to stay afloat, crashing into each other and the concrete sets. Three reportedly drowned, one extra had his leg amputated, and over a dozen others, including the film’s major stars, had to endure broken bones, missing toenails, and pneumonia, among other consequences. 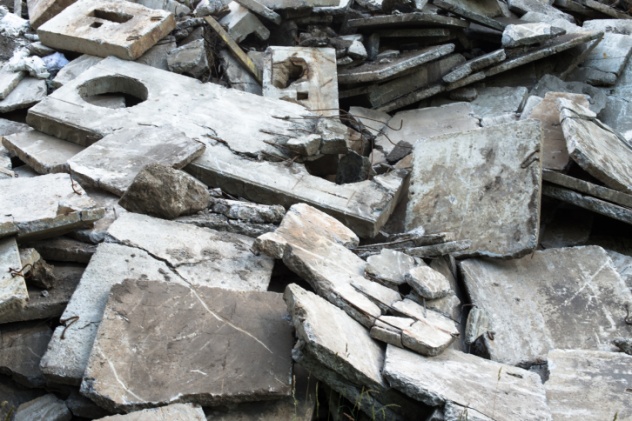 Currently in production, with Andrew Garfield, Adam Driver, and Liam Neeson set to star, the excitement is high for this film, which will be directed by Martin Scorsese and has been in the works for roughly 25 years. This adaptation of the novel by Shusako Endo tells the story of the hardships faced by Jesuit missionaries who go to Japan in an effort to spread Christianity. A dark pall has already been cast due to a tragic accident that occurred during January 2015.

After being declared unsafe for filming, a group of contractors was hired to strengthen and reinforce one of the weakened structures on the back lot of CMPC Studios in Taiwan. However, in mere seconds, the ceiling of the structure collapsed on the workers, killing one and seriously injuring another two.

While the accident is tragic, the world of cinema can be grateful that the accident happened when it did and not during filming, when dozens more would have been in the building. 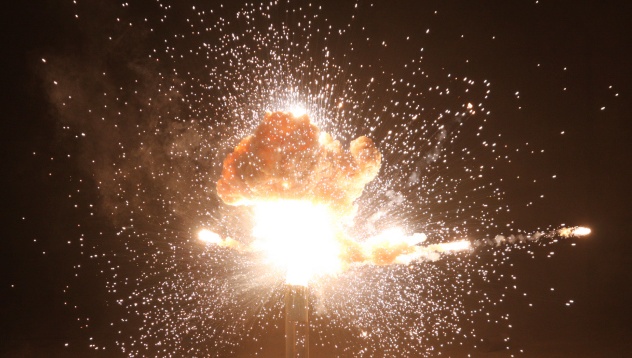 Throw together Sylvester Stallone as director and Arnold Schwarzenegger, Bruce Willis, Jason Statham, Dolph Lundgren, Liam Hemsworth, Terry Crews, Jet Li, Chuck Norris, and Jean-Claude Van Damme as actors, add a pile of weapons and explosions, and you have yourself a multimillion-dollar movie. Unfortunately, this combination not only led to some deadly sequences on-screen, but offscreen as well.

In Bulgaria, in 2011, an explosion scene was being filmed on a reservoir 24 kilometers (15 mi) outside the capital. Two stuntmen, Kun Lieu and Nuo Sun, participated in the harrowing scene, in which a freak accident killed Lieu and critically injured Sun. The same film set sent film legends Stallone and Schwarzenegger to the hospital for shoulder surgery.

A dishonorable mention goes to the set of Expendables 3, the film which almost killed Jason Statham, who drove off a cliff and 18 meters (60 ft) down into the Black Sea when the brake line of his truck was cut. 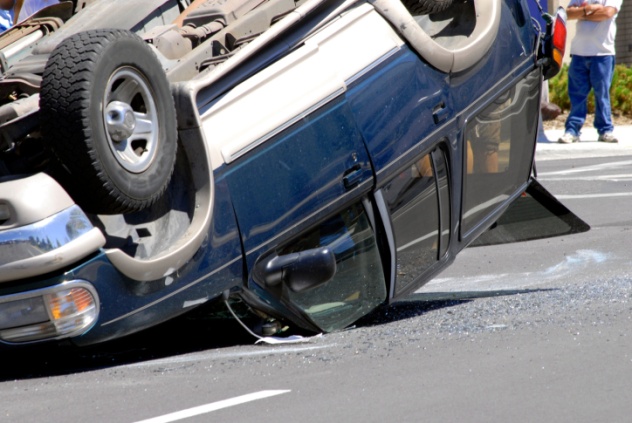 In his eagerness to make a sequel to the popular original film, director John Landis (who was involved in and sued over the helicopter accident that killed three actors on the set of The Twilight Zone) apparently overlooked some safety concerns, which quickly came back to bite him.

In one case in June 1997 that had the provincial Labor Ministry investigating the film, a car rolled onto a stuntman and a set coordinator, both of whom were injured. One ended up without feeling in his face and back and needed to have his leg amputated. However, as if that wasn’t enough, Landis gave the ministry another cause for investigation after a September accident that left stuntman Bob Minor with severe head trauma.

These cases, along with Landis’s firing of a stuntman who refused to work in what he felt was an unsafe environment, led to a complaint filed by the Alliance of Canadian Cinema, Television and Radio Artists against the Blues Brothers 2000 film. 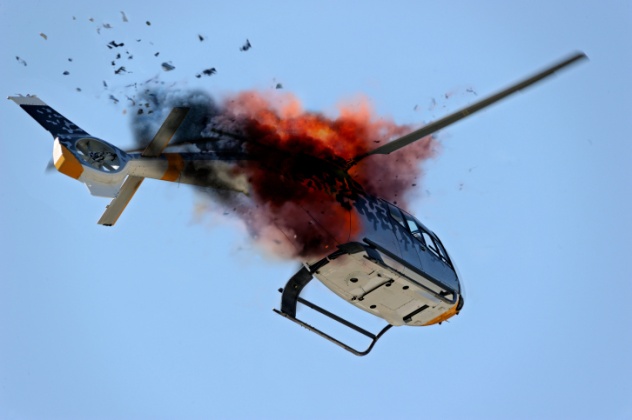 Although Chuck Norris can do a lot of impossible things, at least according to Chuck Norris Facts, he definitely could have done nothing to save the Philippine Air Force helicopter that was being used in a sequence in this Missing in Action sequel over Manila Bay.

The crash killed four Filipino soldiers who had been acting as extras and injured another five people. The most darkly ironic twist was the timing—the crash happened just hours after the not guilty verdict was uttered in the infamous Landis court case mentioned above.

The timing of the Braddock disaster is one thing that sets it apart from the filming of Delta Force II, in which five people were killed after a helicopter crashed into the side of a mountain in the Philippines. So if one thing is clear, it’s this: Chuck Norris, the Philippines, and helicopters don’t mix.

Cannon Films was the studio behind these two films as well as Runaway Train, on which a helicopter pilot died after crashing into a power line. Perhaps they should have stopped making movies long before they did. 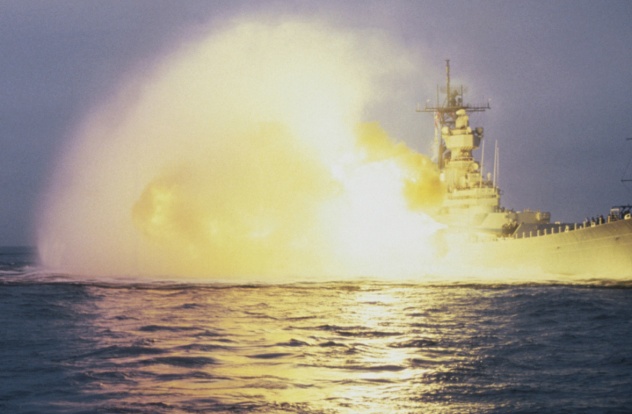 This 1931 film had all the makings of a great adventure movie: Director and producer Varick Frissell was a dedicated filmmaker and adventurer, the film was to be shot on-location in Newfoundland and Labrador, and it was to be the first sync-sound feature filmed in Canada.

After nearly finishing shooting, the unsatisfied Frissell decided to go back with some of the crew and get more shots of the ice floes near Labrador for the film. They joined a seal-hunting expedition to get the perfect footage. The group carried explosives on board in case they got trapped in ice.

Sure enough, that’s exactly what happened. Unfortunately, due to what seems to have been a mishap in the powder room, the dynamite detonated while in the back of the ship. The enormous explosion wiped out 27 lives, including that of Frissell and his dog. Nevertheless, postproduction went on, and the film was released that summer.

The General is a Buster Keaton classic from the 1920s that is now considered one of the finest comedies of our era. However, the making of the film was not without its hiccups, to put it lightly.

While shooting the film in Cottage Grove, Oregon, sparks from train engines being used in the movie caught some haystacks on fire and caused a massive blaze that resulted in around $50,000 in damage. Also, instead of using fake weapons, the extras used old-fashioned firearms, which caused injuries during the film’s battle scenes. In addition, several of the actors (including Keaton himself) were knocked unconscious by real cannons and explosions. One even got his foot crushed by a railroad car. Even the upper-level guys weren’t immune; assistant director Harry Barnes was privileged to receive a shot in the face by a blank charge. Not surprisingly, the movie warranted some lawsuits.

Just to give you an idea of how dangerous this movie’s set was, the tagline for this movie is: “No animals were harmed in the making of this film. 70 cast and crew members were.”

Enter overzealous director Noel Marshall, wife and actress Tippi Hedren, and their children (one of which is a young Melanie Griffith). Throw in a “cast” of over 150 wild animals, including lions, cheetahs, leopards, and tigers, all of whom they actually lived with, and you’ve got the makings of this 1981 adventure flick.

Although the dialogue and story are nothing to write home about, the movie is worth watching for the constant tension, as untrained animals are allowed to roam freely around a terrified cast and crew, many of whom spend the movie narrowly escaping death.

With actors and crew members suffering broken bones, gangrene, and other ailments after being repeatedly bitten, clawed, mauled, and scalped, it’s no wonder the movie took over 10 years to make. To this day, some of the crew members that were involved suffer from nightmares.

“It is dangerous to exist in the world. To exist is to be threatened.” – Adam Levin