In April, Hillary Clinton’s campaign released a statement assuring supporters that their candidate had “fought children and their families all her career.” The typo was soon detected and corrected, reassuring the public that the former senator and secretary of state did not plan to brawl with visiting families on the White House lawn. But typographical errors have caused much bigger and costlier problems than a few embarrassing moments for a politician.

10The Comma That Cost The US Millions 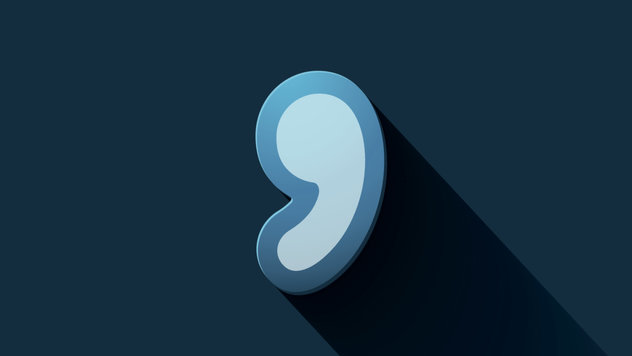 Fruit importers quickly seized on the grammatical blunder and refused to pay tax on their shipments. The US Treasury, unamused, initially demanded that the tax be paid anyway. Multiple lawsuits ensued and the Treasury ultimately had to reverse its stance and issue refunds worth around $2 million ($40 million today). Congress eventually had to get involved, passing another law clarifying the issue in 1874. A massive investigation eventually pinned the mistake on a clerk in charge of copying the document.

9The Rogue ‘S’ That Destroyed A Company 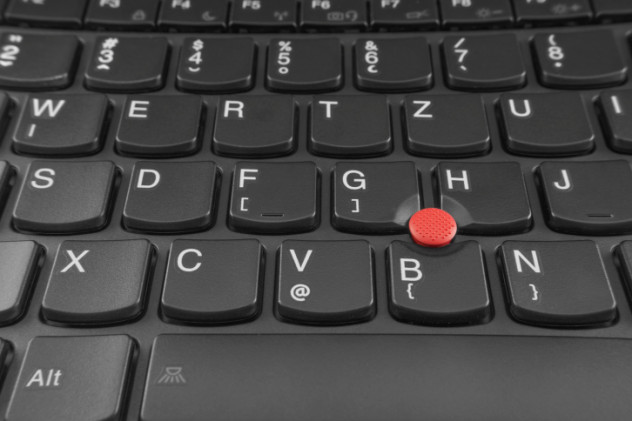 In the UK, all limited companies are required to register with a government agency called Companies House, which records financial statements and other corporate information. In 2009, the agency reported that a 124-year-old engineering company called Taylor & Sons Ltd. had closed shop. That came as news to the management and employees of Taylor & Sons, which was still very much a functioning company.

Almost immediately, Taylor & Sons was plunged into crisis. Believing the company had collapsed, customers canceled their orders, contracts were declared void, and suppliers stopped offering credit. To make matters worse, the company’s managing director was on vacation at the time, causing clients and creditors to believe he had fled the country as his company collapsed. As its operations slammed to a halt, Taylor & Sons found itself forced to close for real, throwing all 250 employees out of work.

As it turned out, the company was a victim of a typographical error. Companies House actually meant to record the closure of Taylor & Son, which was an entirely different company from Taylor & Sons. Naturally, the now-liquidated Taylor & Sons sued Companies House and won, with a judge ruling the agency completely responsible for the collapse of the £8.8 million company. 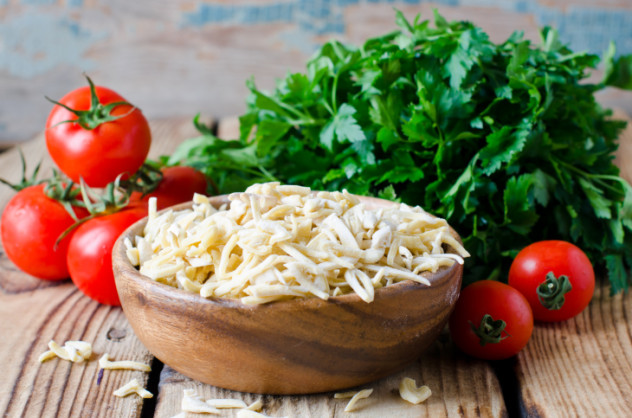 A cookbook published by Penguin Books of Australia, the Pasta Bible caused quite a stir with a recipe for tagliatelle and sardines that called for a generous seasoning of “freshly ground black people.” Of course, this was a typo for “freshly ground black pepper” rather than a sudden swerve into spaghetti-based cannibalism. The publishers only discovered the error after a member of the public reported it to them. As a result, Penguin had to destroy over 7,000 copies still sitting in their warehouse. Reprinting the 7,000 copies cost the company about 20,000 Australian dollars ($18,000 US).

Penguin wasn’t able to recall the copies that had already been sold, but said they would be happy to provide a replacement for any dissatisfied customers. Penguin executive Robert Sessions told the Sydney Morning Herald that the company was “mortified that this has become an issue of any kind.” He went on to say that “why anyone would be offended, we don’t know,” which was perhaps slightly defensive given that it’s not clear anyone actually was offended. Sessions also defended the book’s proofreaders, arguing that almost every recipe called for black pepper, making it very easy to miss one little slip.

Incidentally, the actual, non-pasta Bible hasn’t been immune to typos either. Most famously, the “Wicked Bible” of 1631 omitted a rather important “not” and ended up proudly instructing believers “thou shalt commit adultery.” 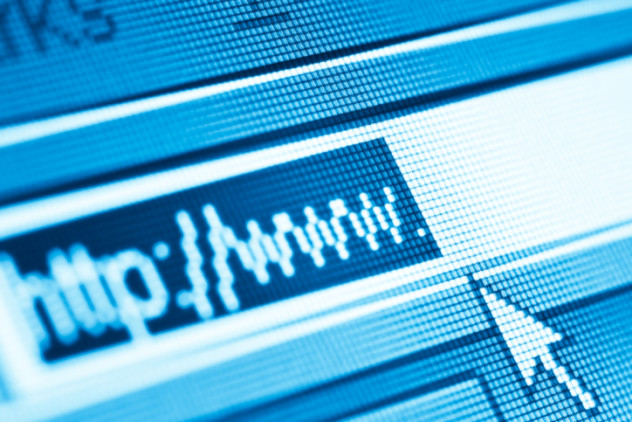 On January 31, 2009, between 6:30 and 7:25 AM (Pacific Standard Time), almost all Google searches returned an error message declaring “This site may harm your computer.” Users who forged ahead and tried to access their website of choice were instead met with a warning page cautioning that the site was possibly infected with dangerous programs. Users were then directed to a Google-affiliated site called StopBadware.org to learn more. Naturally, the dramatic increase in traffic quickly crashed StopBadware.org itself, further confusing users.

As it later turned out, the error message was due to a simple typo. Google marks malicious websites and adds them to a database which does not allow users to visit them. In this case, someone at Google mistakenly entered the backslash symbol as a malicious website. This meant that websites with the backslash in their url were automatically marked as malicious sites. Considering that virtually all websites start with http:// or https://, Google had effectively blocked most of the Internet. 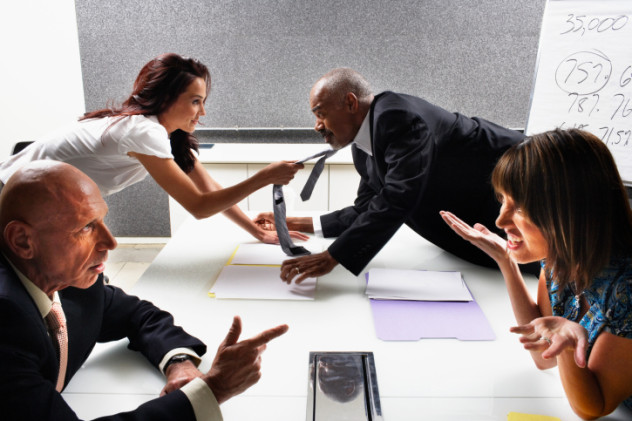 Yet another comma error caused a dispute between Canadian communications giants Rogers and Bell Aliant. With a final price tag of $1 million Canadian (about $750,000 US), the dispute was caused by a single comma in an agreement between the two companies, which stated that “This agreement shall be effective from the date it is made and shall continue in force for a period of five years from the date it is made, and thereafter for successive five year terms, unless and until terminated by one year prior notice in writing by either party.”

Bell took the second comma to mean that the agreement could be canceled at any time by either party, so long as they gave one year’s notice. However, Rogers thought the agreement established that it would hold for five years, after which it could be terminated with one year’s notice. When Bell tried to break the agreement before the five years were up, a court case ensued. Citing “the rules of punctuation,” the Canadian Radio-Television and Telecommunications Commission initially found in favor of Bell. But Canadian multilingualism paid off for Rogers when they produced the French-language version of the contract, which favored their interpretation. As a result, the Commission overturned their initial judgment and ruled against Bell. 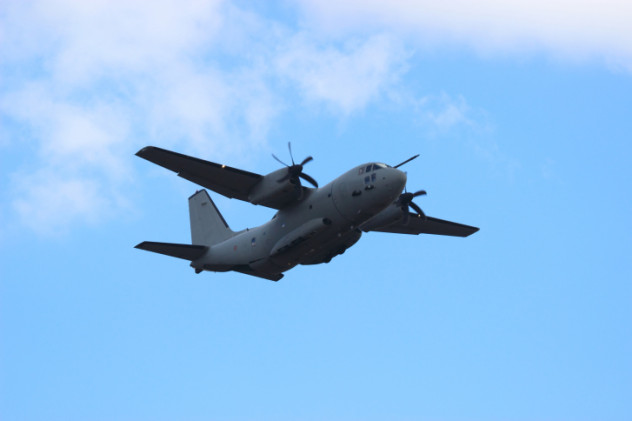 In case you weren’t convinced about the importance of good punctuation, here’s yet another case involving a gigantically expensive comma. This particular grammatical goof ended up costing aerospace company Lockheed Martin a whopping $70 million in an airplane deal. Back in the late ’90s, the company signed a juicy deal to produce C-130J military transport aircraft for an unnamed foreign air force. Because of the long-term nature of the deal, the contract provided for the price of the planes to increase in line with inflation.

The contract even included a handy, inflation-adjusting formula indicating how much the price should rise. Unfortunately, Lockheed Martin managed to misplace a comma in the formula by one decimal place, meaning that the price actually rose significantly less than inflation. The lucky foreign air force insisted that the contract be honored exactly as it was written, causing a hefty dent in Lockheed’s profits. While the air force involved was not named, only Britain, Italy, and Australia were known to have orders for the airplane at that time. 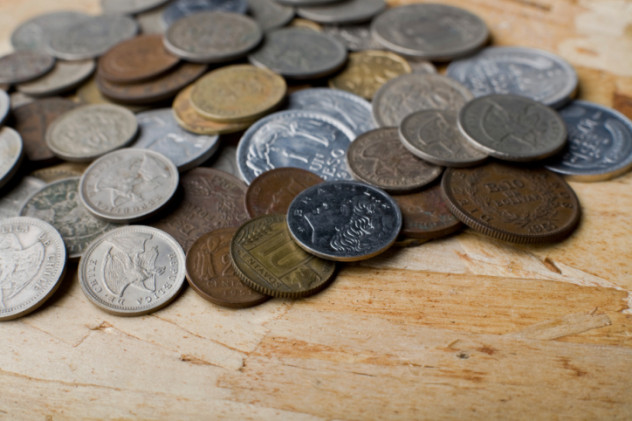 If there’s one item that should be error-free, it’s legal tender. At the very least, the country’s name should be spelled correctly. But that was exactly the mistake made in Chile in 2008, when the Chilean mint released thousands of 50-peso coins reading “Chiie” instead of “Chile.” Incredibly, the spelling error was only formally reported in late 2009. Although the government declined to take the money out of circulation, they did fire the manager of the mint and several other employees. Meanwhile, many people decided to hang onto the coins in case they became a valuable collector’s item, effectively taking many of them out of circulation anyway.

That wasn’t even the first time the Chilean mint managed to score a bit of an own goal. On one occasion, a rare medal which was supposed to be kept in the mint’s museum was sold to a coin collector. A month later, another medal, this time featuring the face of Chile’s then-president Michelle Bachelet, was also sold by mistake.

The 2013 Miss Universe Canada contest ended in an emotional victory for 26-year-old Denise Garrido. At least, until 24 hours later, when she was unceremoniously stripped of the crown, which was awarded to contestant Riza Santos instead. As it turned out, Denise was actually the third runner-up in the competition, but had been mistakenly declared the winner thanks to an inexperienced worker who made a single mistake while typing the judges’ handwritten scores into a computer. The error was only discovered when the results were independently audited a day later.

The decision clearly shocked Denise, whose family and hometown had been celebrating her victory, but she gracefully handed over her crown nonetheless. The organizers also issued an apology. The typographical error wasn’t the first controversy to mar the pageant, which made headlines the previous year when a transgender contestant successfully battled organizers to take part in the contest. 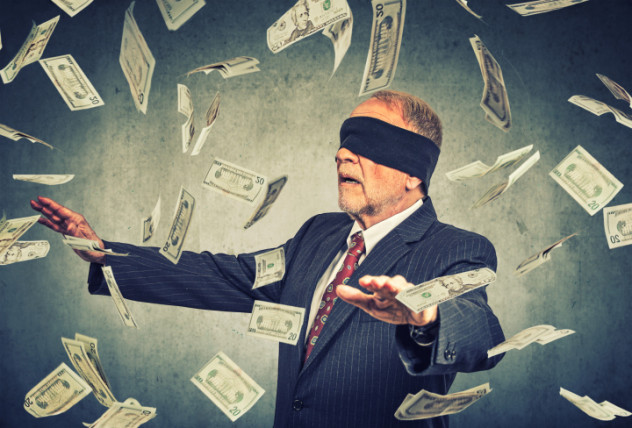 Back in 2010, research carried out by Harvard University revealed that typographical errors in website addresses were netting Google about $497 million per year. The researchers estimated that roughly 0.7 percent of attempts to visit a site ended up with users accidentally visiting a different site with a similar name. For instance, Google’s smartest and most charismatic users might want to visit Listverse.com, but end up visiting Listvers.com instead. These “typographical error” sites (often called typosquatting sites) receive up to 68.2 million page views every single day. And about 57 percent of such sites are used to host advertisements, many of them sourced through Google.

While Google has a policy of removing their ads from such sites, they’re still flourishing. In fact, if all the typosquatting sites were a single website, it would be the 10th most visited website in the world, surpassing Amazon, Twitter, and MySpace. And $497 million is just an estimate. The value of ads on typosquatting websites could be many times that amount, which is based only on typosquatters of the top 100,000 sites in the world. 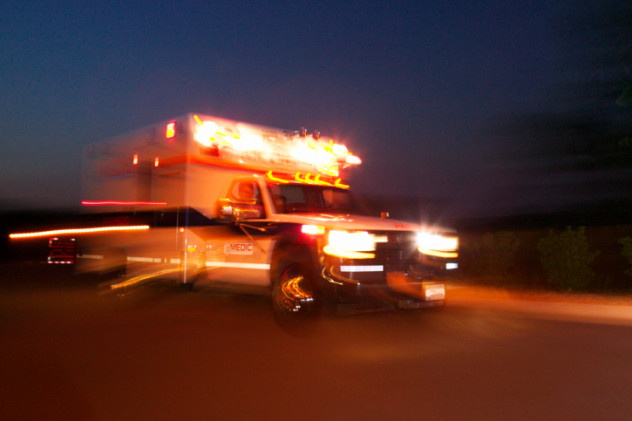 The only human casualty on this list, an 18-month-old Australian toddler lost his life after the ambulance his doctor had called failed to arrive on time. The doctor had called the New South Wales Ambulance Service and asked for an ambulance to be sent within 30 minutes. However, the operator accidentally hit an extra key, changing a 9:14 AM booking request to read 19:14. After waiting endlessly for the ambulance, the doctor called again and an ambulance arrived roughly an hour after the first call had been placed. By then it was too late. The infant had gone into cardiac arrest and died at the hospital.

The New South Wales health minister made a personal apology for the incident and pledged to reform the ambulance booking system to prevent another such mistake. The planned changes included making the time-logging system of the non-emergency hotline fully automatic. While the triple-0 emergency line (Australia’s equivalent of 911) was already fully automatic, the doctor had called the non-emergency 131 line, which allowed times to be individually entered by call operators. The call log would also be crosschecked by a second operator and the scheduled pickup time would be confirmed with the caller.