The beasts and demons of Arabian mythology survive within the teachings of Islam. Many of these creatures have only brief mentions in the Quran, but their stories are fleshed out in Hadiths, which are collections of traditions and sayings of the Prophet Muhammad. 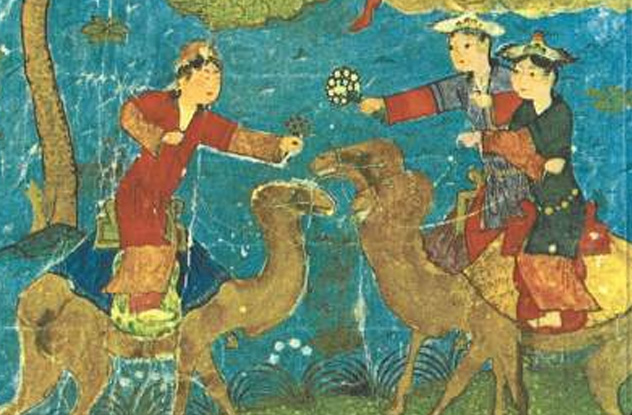 In the Quran, the houris are female beings who will accompany the faithful in heaven. They are often associated with the 72 virgins referenced in the Hadiths. Houris are described in Hadiths as being young, doe-eyed girls with round, perky breasts. They do not spit, menstruate, urinate, or defecate. After a Muslim believer has sex with a houri companion, she immediately regains her virginity. Houris also have transparent skin. You can see through to the marrow of their bones, “like red wine in a clear glass.” Oh, and they’re over 30 meters (90 ft) tall.

Upon entering paradise, a Muslim man assumes the form of his younger self with all his imperfections erased, kind of like a residual self-image in The Matrix. If his true love is a believer, too, she will join him in paradise, young and beautiful and remade as a virgin. But if she does not love him, she will not be forced to spend eternity with him. Instead, he will receive a houri replica of her.

There is much debate in Islam about the exact nature of the houris. Some scholars argue that “72 virgins” is a mistranslation of “72 angels” who will be the believer’s companions in paradise. Like angels, houris have no free will. They must do everything their master commands and do it joyously. 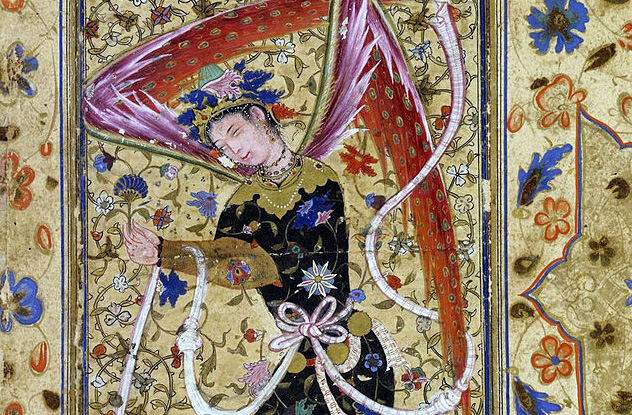 Allah created angels, humans, and jinn (which are also known as genies). Humans were made of clay, and the demonic jinn were made of smokeless fire. Both of these groups were blessed with the free will to choose between good and evil. Allah made the angels out of light and made them purely good creatures, but He did not grant angels free will. Angels in Islam do only what Allah tells them to do. They do not eat or drink, nor do they tire of worshiping Allah. They are like programmed machines.

Islamic angels are the size of Titans. Jibril, the greatest angel, has 600 wings that each cover the horizon. His height stretches from heaven to Earth, and he can move faster than the speed of light, as can all angels. Allah uses angels as His messengers and to carry out his will, but they also serve functions similar to pagan gods and patron saints. One such angel is Mikail, who controls the wind and rain with his helpers. Another is the Angel of Death, who is so large that the space between his eyes is separated by 70,000 marching days.

There is also an angel made of half snow and half fire. He’s surrounded by an immortal choir that continually sings, “Oh Allah, Thou hast united snow and fire, united all Thy servants in obedience to Thy laws.” The scriptures do not say whether the angel finds this annoying or he’s grown accustomed to it. 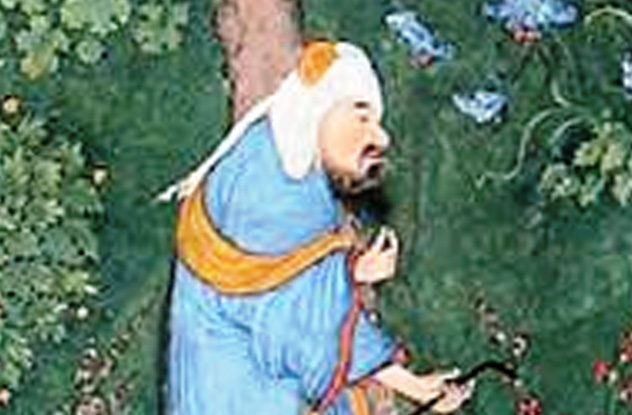 Sometime after the creation of angels and jinn, but before the creation of man, the jinn turned self-righteous and disobedient, and the angels had to hammer them back into submission. During the battle, a jinni of the Shaytan race was able to distinguish himself. His name was Iblis. Allah recognized Iblis as a worthy pupil and brought him to heaven, where he was to be instructed by angels. In time, Iblis had become so wise that it was now he who was instructing the angels.

Allah created Adam, the first man, and ordered the angels and jinn to bow before this new creation, but proud Iblis refused. For this, Allah condemned him to be executed on the Day of Judgment. Iblis returned to his race—the Shaytan, jinn who had chosen to be evil. After their crushing defeat at the hands of the angels, the jinn had regrouped on an island in the Southern Ocean, which they made into their kingdom. Iblis became their ruler. Today, Iblis and his Shaytan (also known as Satans) are the known as the devil and demons of Islam. They tempt mankind to do evil. 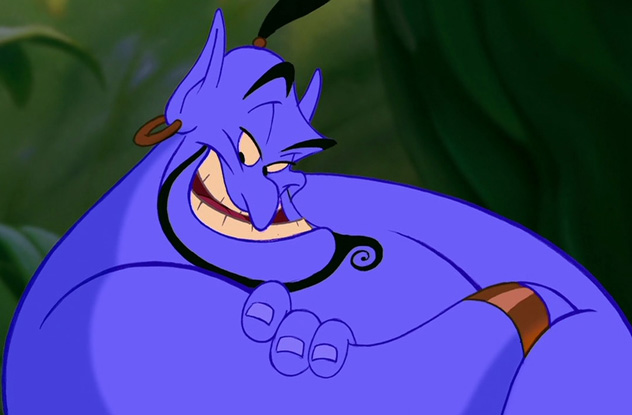 The elusive marid are the oldest and most powerful types of jinn. Marid can change their shape at will but naturally have an ethereal blue appearance, with a barrel chest and a boastful personality to match. The genie from Disney’s Aladdin has a typical marid appearance.

During the jinn rebellions, some marid fought against the angels. After their defeat, most of them obediently returned to the jinn realm, but others refused and still walk the Earth. Sometimes they can be found wandering the desert in the form of an old man. It is said: “Be wary of anyone traveling alone in the desert.”

A black marid rules his blue brethren. When Allah gave King Solomon the ability to control jinn, a black marid stood at Solomon’s side, arms folded, and punished any jinn that refused to follow Solomon’s orders. The black marid wasn’t happy with the arrangement, though. He always wore a sour expression on his face, hating that he was no more than Solomon’s muscle. 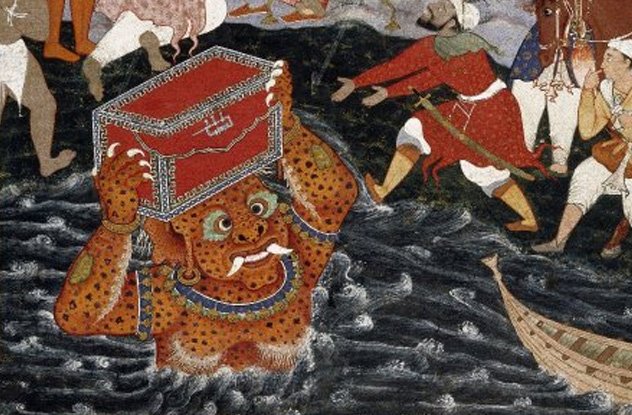 The ifrit are a strong and cunning class of jinn. They emerge as smoke from the ground and form into large, winged demons that bleed fire. They lurk in dank, dark places like old ruins or at the bottoms of wells. In modern times, you might find them in abandoned factories or waiting in a dingy bathroom. It is important when entering such places to say a prayer to protect against the jinn. This is especially important for women because the ifrit are known to take human brides.

“The Fisherman and the Jinni” is a classic tale from Arabian Nights wherein a fisherman uncorks a bottle and frees a plume of smoke that forms into an ifrit. The ifrit had been hiding from its master, King Solomon, and had ended up trapped in the bottle for centuries. If the fisherman expected three wishes as a reward, he was in for a surprise. The only reward the ifrit gave him was a choice in how he would like to die.

Fortunately, the fisherman was able to trick the Ifrit by asking how such a large creature could fit in such a small bottle. The Ifrit shrunk itself and jumped in to show him, and the fisherman shoved the cork back in. Sometimes you can put the jinni back into the bottle. 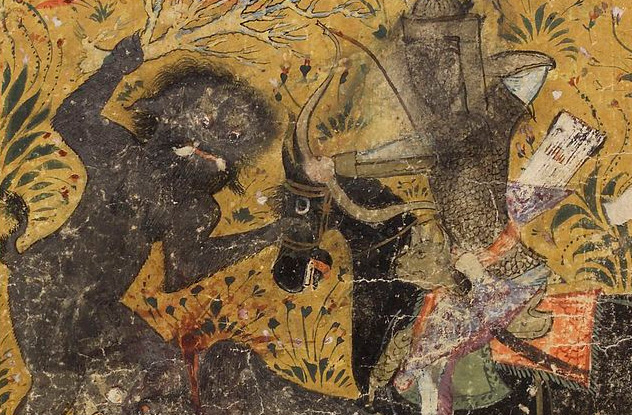 Ghouls are humanoid creatures that feed on the decaying flesh of corpses. Their movements and appearance are similar to that of a jacked-up Gollum from Lord of the Rings. They use their long claws to rip through soil and shred caskets. Normally lean, ghouls can fatten themselves up if they happen upon the aftermath of a bloody battle. Modern depictions of the ghoul have them being able to absorb traits of the humans they eat, such as memories and appearance. You can find them living in tunnels underneath graveyards. According to a Hadith, an effective method of banishing ghouls is to recite lines from the Quran.

Modern ghouls are a bastardization of the original ghouls, which have been a part of Arabian folklore since nomadic times. Early ghouls were shape-shifting demons that preyed upon travelers passing through the desert. Taking the form of a beautiful woman, ghouls would lure young to kill or mate with . . . or maybe a little of both. It wasn’t until Antoine Galland’s French translation of Arabian Nights that ghouls were described as grave-robbing scavengers. Galland took many liberties in the ghoulish tale of Sidi-Nouman. 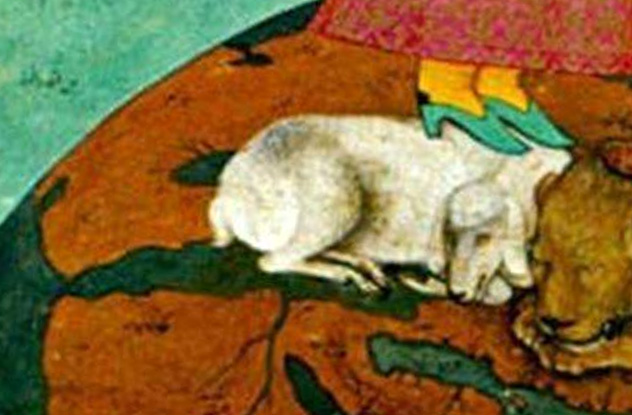 The shiqq is a jinn demon that preys upon travelers. It has the form of a man divided down the middle with one half completely missing—half a face, half a torso, one arm, and one leg that he uses to hop around. The shiqq presumably, however, has its full genitals (or maybe he pulled them to the side when he was divided) because he is able to mate with humans. The result of this union is a nasnas.

A nasnas looks much the same as a shiqq, except its half-face is in its breast and it has the tail of a lamb. Some nasnas are described as having the wings of a bat. This monster supposedly originates from the Hadramaut region of Yemen, but it really is nothing to fear. In fact, it is probably more afraid of the Arabs who hunt it. The nasnas‘s meat is considered to be a fine-tasting delicacy. 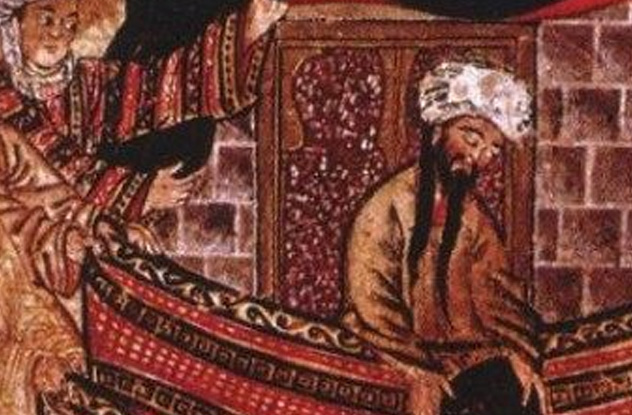 A qareen is a personal jinni that exists opposite you in the parallel jinn realm. In a sense, it is like an immaterial demon that sits on your shoulder and encourages you to sin and do wrong. Some say that it can become good or evil based on its human companion’s actions, but the prevailing belief is that it is an evil jinni that must be resisted. Fortune-tellers can commune with qareens through seances. Since a qareen has witnessed its companion since birth, fortune-tellers can learn everything about someone by asking his or her qareen.

When the Prophet Muhammad’s followers asked him if even he has a qareen whispering sweet evils into his ear, he answered that he did. But Allah helped Muhammad convert his qareen into a good honest Muslim. Thus his qareen is the only one in existence to tell its counterpart to do good things. 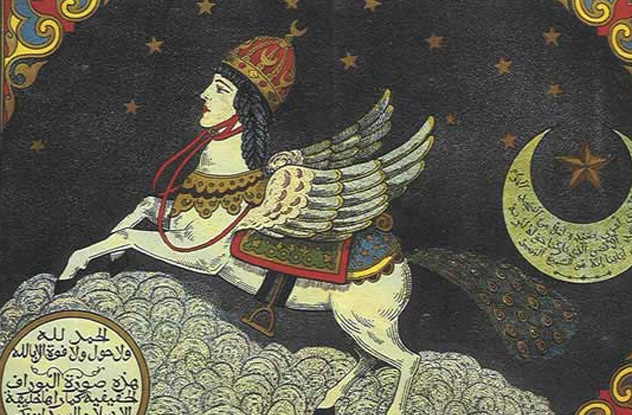 Buraq is a noble white steed with the head of human and the wings of an eagle. Buraq is taller than a donkey but smaller than a mule. He can move at the speed of lightning and with a single step can reach the horizon. He served as a mode of transportation for the various prophets of Islam.

The angel Jibril provided Buraq for the Prophet Muhammad to ride during his famous Night Journey, which describes how it came to be that Muslims pray five times a day (among a great many other things). Muhammad says that when he went to mount Buraq, the steed shied, but Jibril calmed Buraq by saying, “None more dear to Allah has ridden you before.” This meant that Muhammad was superior to the other prophets.

Muhammad rode Buraq from Mecca to Jerusalem to pray at the farthest mosque. Then Buraq carried him to the seven heavens, where he saw wonders like the angels, the prophets of old, and Allah. Allah told Muhammad that His followers had to pray 50 times a day, but Muhammad negotiated down to five after consulting with Moses. Then Buraq returned Muhammad to Mecca.

1The Beast Of The Earth 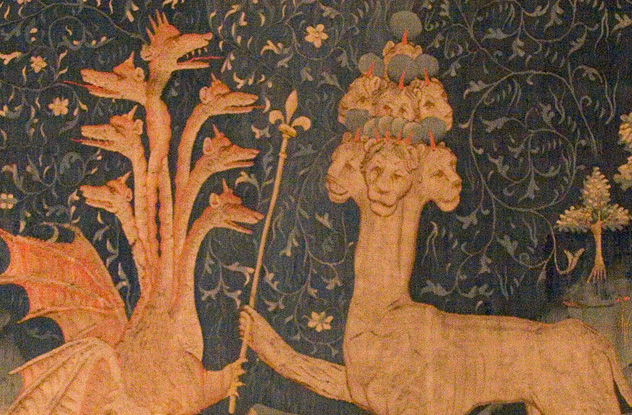 When the end times approach, the Sun will rise in the west, and then a Beast will emerge from the ground. It will be a chimera of many mismatched animals, such as the head of a bull teetering on the neck of an ostrich. It will carry in one hand the staff of Moses, and on the other it will wear the ring of Solomon. This is the ring that Allah gave to Solomon that gave him the power to control jinn.

With the staff, the beast will brighten the faces of believers, and with the ring he will stamp and blacken the faces of the disbelievers. Thus everyone will be able to see who is a believer and who is not, and the believers will shame the unbelievers. Once the Beast appears, it will not matter if a disbeliever becomes a believer, because faith is only awarded before the end times, according to a Hadith narrated by Abu Huraira.