There’s simply no better way to put it: Babies are essentially vegetables. Sure, they’re cute and everything, but at the end of the day, we all know that they’re primitive organisms who’re yet to develop the basic functions to qualify as cognitive human beings. As the babies grow, they will slowly develop various functions necessary to survive in the world.

But as research is gradually finding out, babies are capable of much more than we usually give them credit for.

10Hearing All The Sound Frequencies At The Same Time 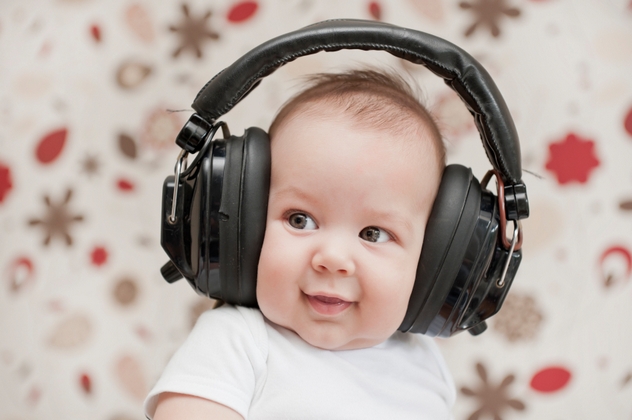 We assume that a baby’s sense of hearing is just a primitive version of an adult’s. Sure, they turn around when you make a sound, but they can’t really understand the difference between talking and other sounds. While that’s true for the most part, it’s not because babies are not as good at hearing as we are but because they’re tuned to a whole different type of hearing. As scientists at the University of Washington found out, babies hear all the sound frequencies simultaneously.

When they studied 73 infants to see what type of sound they respond to, researchers found them to be better at listening to a wider bandwidth of frequencies than adults. This mechanism helps babies respond to unexpected sounds. They don’t need to learn the difference between various types of sounds yet, but they do need to know if anything walking across the room will accidentally drop them off the bed. The ability may be a remnant of ancient times, when hearing everything might have been a definite advantage to survival in the wild.

9Distinguishing Faces, Even Of Other Species 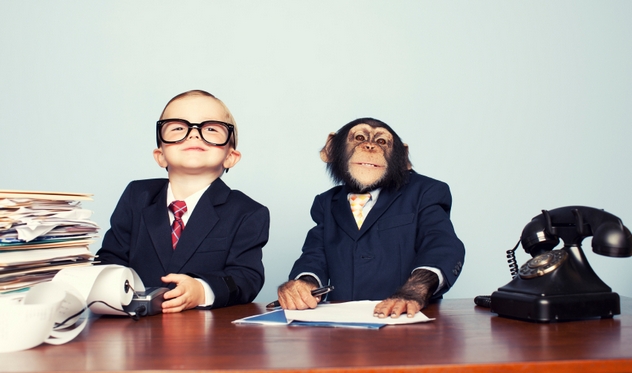 If you’ve ever spent time with a baby, you’ll know that they’re not so great at recognizing people by their faces. They don’t seem to behave in a particularly different way when they see someone they have met earlier, unless it’s their mother or someone they spend a lot of time with. The ability to tell faces apart from each other is something they acquire much later in their lives. Or that’s what the babies would rather have you believe, anyway.

Babies are actually pretty good at identifying faces, even when it comes to creatures of different species. In an experiment conducted by researchers at the University of Sheffield and University of London, six-month-old babies were found to be as good as adults at recognizing human faces that they saw earlier. But, shockingly, they were actually better at recognizing monkey faces than the adults. How many of us can tell monkeys apart by their faces? We bet it’s not a lot. Yet, apparently, six-month-old babies can do just that.

We lose the ability to recognize the faces of different species and races as we grow older, because an adult’s facial recognition is based more on familiarity than absolute facial indicators, but babies still carry this vestigial ability up to a certain age. 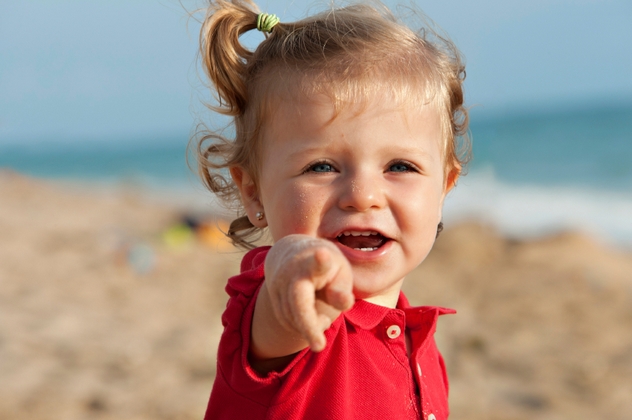 The ability to judge how likely someone is to help you comes built in as an evolutionary trait. It’s a social skill that’s essential to operating in a society as well as to survival. This was especially true during the hunter-gatherer times, when knowing if someone was likely to kill you and steal your belongings was pretty helpful. It’s a crucial ability, and—surprisingly enough—one that comes with the package at birth instead of being developed over years of social communication, as we’re generally inclined to assume.

Researchers set up an experiment and made some babies watch a puppet show. One puppet was shown to be climbing a mountain, while the second and third puppet would either help the climber up or throw him back down, respectively. When the babies were offered the last two puppets, 14 out of 16 10-month-olds and all 12 six-month-olds preferred the helper over the hinderer. While researchers still don’t know whether it’s an informed decision, drooling infants seemingly staring blankly at things sure register far more information than we knew.

7Learning Language In The Womb 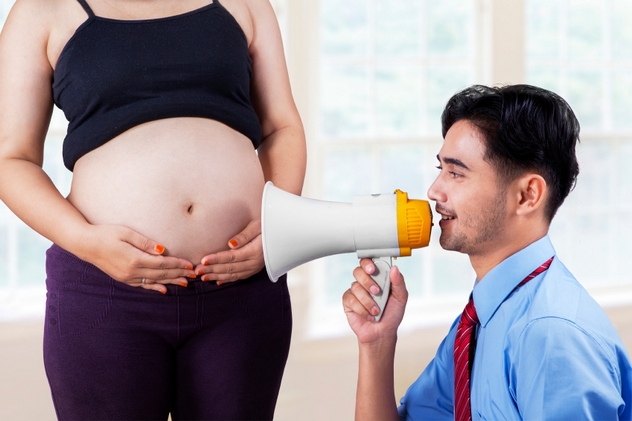 Learning a whole new language is a process that takes a long time to perfect, especially when it comes to conversing in a social environment. The verbal cues, gestures, subtle winks, and other aspects of communicating take years to master. While it is something that we get better at as we grow older, this development starts much earlier than you’d think: before you’re even born.

Babies apparently learn their native language from their mothers in the womb and can identify their mother tongue when they’re barely hours old. Researchers recorded the vowel sounds in the native tongues of some 30-hour-old babies and studied their reactions to see if they recognized the sounds. The researchers plugged a pacifier into a computer and made the babies suck on it. Sucking for a shorter period of time meant that the sound was familiar, and vice versa. As it turned out, the babies appeared to recognize the sounds played in their mother tongue, indicating that we’re born with at least a rudimentary sense of what our native language sounds like. 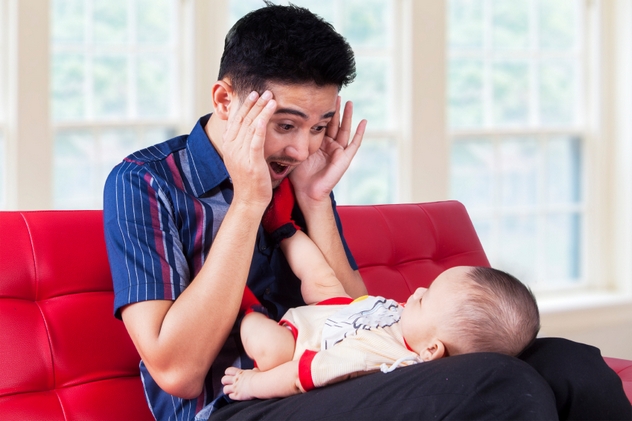 In our daily lives, we often need to know the context of a social interaction to respond accordingly. Whether you’re in the office or negotiating illegal drug transactions on a highway, the mind can collate data on what’s going on around you and suggest the best course of action based on that information. Of course, babies can’t do that, but they do know the basics of social communication.

Researchers studied babies between 24 and 120 hours of age. They employed a technique known as near-infrared spectroscopy to monitor the part of the brain responsible for social interactions. What they found was that this section of the brain lit up in response to a real social interaction—facial expressions, social gestures, and so on—but did not respond to, say, an arm manipulating a random object. This suggests that babies are wired to recognize social cues from birth.

There had been similar studies on older babies before, but this was the first time social interactions were studied in babies as young as 24 hours. Interestingly, the older babies were better at successfully differentiating the various types of communication, suggesting that this ability rapidly develops in the early stages of life.

5Knowing When The Physics Don’t Add Up 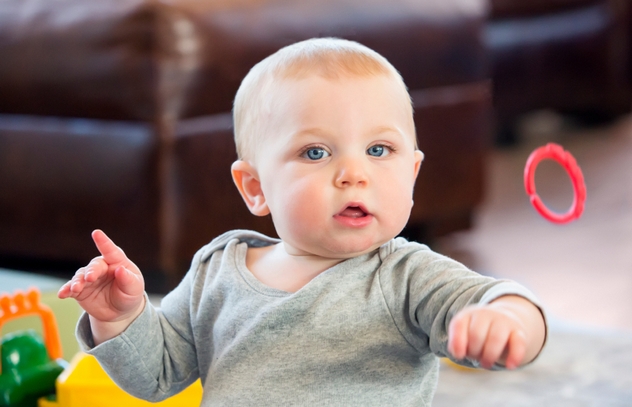 When you see babies staring hard at something, you don’t tend to think so much of it. They might be hungry, sleepy, or just staring at things for no reason. They’re babies, after all. What we fail to realize, however, is that babies are humans in training and are observing their surroundings to learn how everything works. Moreover, they can tell when the physical rules they’ve previously observed are violated.

Researchers have found that impossible events, like a ball passing through a wall or gravity working in the opposite manner, are picked up by babies as young as 11 months old. Babies were found to stare extra hard at something that didn’t add up. Not just that, but in order to confirm their suspicions, these babies ran experiments of their own, like dropping the ball when it was earlier shown to be defying gravity. 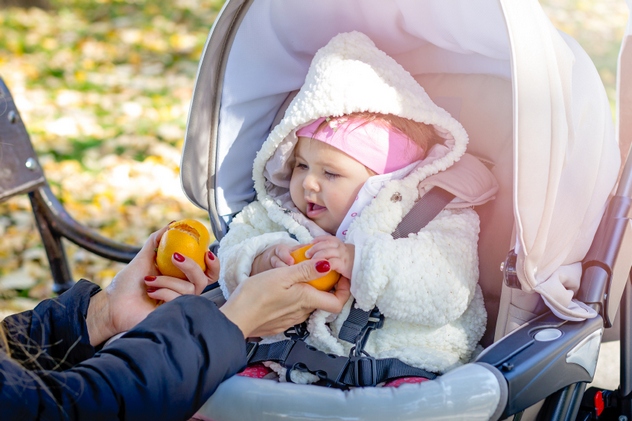 Our sense of fairness is something that probably helps us save a ton of money by not getting ripped off all the time. It’s no surprise that we have it; it’s an evolved mechanism that lets us function in a social environment. But what is a surprise is how early we develop this crucial ability. According to science, babies as young as 15 months are able to distinguish a fair deal from an unfair one.

Babies were made to sit on their parents’ laps and look at a video of someone distributing food to two people. This was done twice. The first time, the food was distributed equally. The second time, one recipient got more food than the other. The babies were more surprised and hence stared longer at the unfair transaction compared to when the food was divided equally. Even if a baby’s basic sense of fairness isn’t much use for either the baby or anyone else, it’s surprising that this ability starts developing way before it’s actually needed in life. 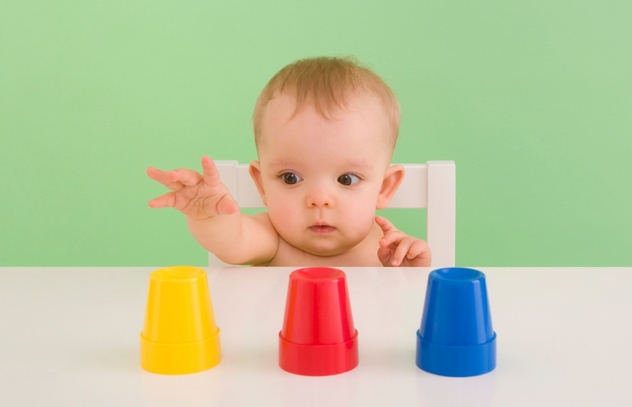 Estimating probability is a useful skill that helps us calculate risks and make choices accordingly, like when we’re buying insurance. Even then, humans are pretty bad at it, and our minds are just not able to work with big numbers when it comes to estimating the chance of something happening. Still, we have to learn how to do it for a lot of situations in real life. Fortunately, we begin practicing for it very early in our lives, even at the age of eight months.

In an experiment conducted at the University of British Columbia, some eight-month-old babies were shown a box of ping-pong balls with almost all white and a few red balls. When four red and one white ball was drawn from the box despite the odds being heavily stacked against the red ones, it didn’t go unnoticed by the babies. They stared longer at the more improbable outcome compared to when the combination had four whites and one red. This again proves that babies aren’t just pointlessly staring at things, after all.

2Babies Can Be Racist 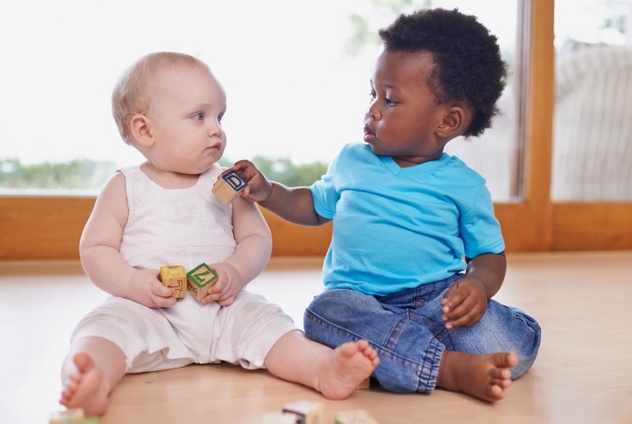 When it comes to prejudices, we tend to think that they can only be accumulated over years of conditioning and living in a particular type of environment. This goes especially for racism; humans aren’t born with a tendency to favor their own race over others. It must be a trait developed over years of conditioning and generally looking at society. Right? Well, we have some bad news: Research has found that babies are as capable of exhibiting racist tendencies as adults.

In a study conducted at the University of Washington, two researchers distributed toys to babies. The fair researcher divided the toys equally among the babies, while the unfair one distributed them unequally. When it came to choosing which one to play with, most of the babies picked the fair one. However, when the unfair researcher gave more toys to a white recipient than an Asian one, the white babies picked this researcher more often than the fair one. Not only can babies apparently tell other people’s races—an accomplishment on its own—but they also keep the interests of their own race in mind while making decisions. 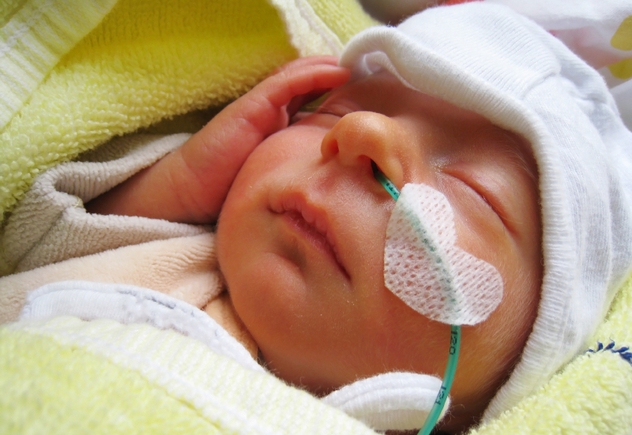 It doesn’t matter who you are, the power to heal is still the stuff of sci-fi fantasies for all of us. Sure, we can sort of repair our tissue but not without a hideous scar. (We’ve all seen this with serious burns and cuts.) The body can’t really replace the dead tissue with a brand new one; it can only fix it with a makeshift scar, sort of like duct tape. You’d think that the younger people were, the worse their healing powers would be, but you’d be wrong. Unborn babies can totally heal without any scars, which is something doctors have only recently discovered.

With technology allowing for more and more surgeries on fetuses, doctors have only recently found them to heal from injuries or other irregularities as if nothing had happened to them. Not just healing scars, either. A fetus can fix a lot of its problems with this ability—including bone deformities and other disorders—by fully healing itself.

You can check out Himanshu’s stuff at Cracked.com, get in touch with him for writing gigs, or just say hello to him on Twitter.