Amelia Earhart’s disappearance has always been presented as an unfathomable mystery, especially to schoolchildren. We were told about this celebrated woman who disappeared “somewhere” in the Pacific. We don’t know what happened to her, and we probably never will. But what of the evidence we already have?

10 We Know Where She Disappeared

When mentioning Amelia Earhart’s final flight, no one seems to point out exactly where she vanished over the Pacific. It’s a bit strange that her approximate location is no longer common knowledge, especially considering how closely her entire expedition was monitored.

Earhart disappeared during a particularly challenging leg of her journey. Having departed from New Guinea on July 2, 1937, in a Lockheed Electra, she was aiming for Howland Island. The trip should have taken about 18 hours.

Howland Island is halfway between Hawaii and Australia, and it is a ridiculously small target for someone trying to cross the entire Pacific. The whole island is roughly 3 kilometers (2 mi) long.

Although there are several larger islands in the general area, Howland was chosen because it was declared a territory of the United States in 1856. The US had no claim to the more sensibly sized islands nearby. Many of them were uninhabited or entirely unclaimed.

9 Amelia Had Loads Of Help

Fred Noonan was a navigator who joined Earhart on the flight because the target was so small and this particular leg of the journey was so perilous. Fred seems to be unfairly neglected when we discuss Earhart today. It’s a shame because the man was only recently married when he joined Earhart’s cause.

Apparently, he flew with Earhart for much of the trip around the world, and his abilities were praised for leading them to several precise landings. He would have been crucial to finding Howland Island, so it’s possible that a mistake on his part may be one factor in their disappearance.

In addition to Noonan, Earhart received navigational help from the USCGC Itasca, which was stationed at Howland. The ship received a message from Earhart when she departed from New Guinea and maintained contact with her from then on. 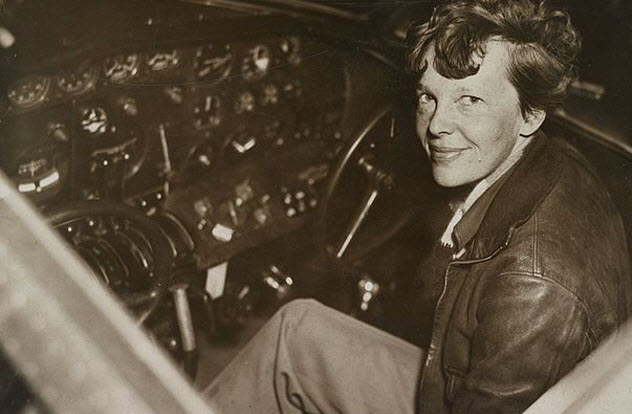 There was no ominous radio silence as Earhart’s estimated arrival time approached. The Itasca was supposed to get routine transmissions from Earhart and track her progress as she drew near.

In fact, much of the flight seemed to go without issue. Earhart’s Lockheed Electra had suffered some problems during earlier legs of the journey, but the plane had been repaired and tested. Since then, it had been running smoothly.

Some people have speculated that cloudy skies were giving Fred Noonan a difficult time with navigation, but no research has verified that. It’s also possible that the weather report given to Earhart and used to adjust her flight plan may not match up with reports collected after her departure or with our current records.

At some point, however, Earhart’s radio went out. The Itasca had to switch to Morse code for its last transmissions.

During her last transmission, Earhart reported that Noonan had calculated that they were in the right area. She indicated that the Electra was low on fuel, but this could be a relative statement. Although she didn’t give a specific number, the Electra originally set out with enough fuel for almost 30 hours of flight.

Earhart also said that she was flying quite low—probably for visibility—at about 300 meters (1,000 ft). For comparison, commercial planes currently fly at about 11,000 meters (35,000 ft). She relayed the navigation line on which they were traveling and said that they should be within sight of the ship.

A later analysis of the strength and frequency of the radio transmission suggests that she may have been only 100 kilometers (60 mi) away from her mark when the last transmission was received.

Since Earhart claimed they were close, the Itasca hoped to lead her in by sending up smoke signals. But Earhart never gave any indication that she could see the smoke, and the Itasca crew never saw the Electra. 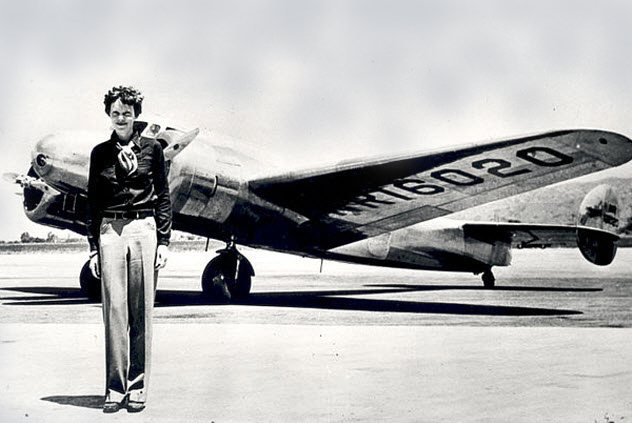 Although the methods of searching were more rudimentary in the 1930s, the US spared no expense in trying to find Earhart. A series of distress calls were heard for days after her disappearance, so the nearby islands were the first to be searched.

The Electra wouldn’t have been able to transmit distress signals if it had been submerged, so many people expected the Electra to be floating in the water. Searches were mostly conducted by ships sailing all around the area. Planes also flew overhead and tried to spot the Electra. Despite having so many people hunting, the rescue teams never spotted the missing aircraft.

At the time, the prevailing theory was that a reef just off Gardner Island could have easily provided landing space for the Electra at low tide. During high tide, she would be hard to see from above. But at the next low tide, she would be able to send distress signals.

In fact, shortly before Earhart’s flight, a crew on another airplane had gone down under eerily similar circumstances in the same area and landed on a reef.

The Landing on the Reef

Gardner Island (known as Nikumaroro today) is a little more than 500 kilometers (300 mi) away from Howland Island and is twice the size. Not only would it have been easier to spot but it’s also part of the same group of islands as Howland.

The Phoenix Islands consist of roughly eight islands and a couple of coral reefs. Howland Island is one of the northernmost in the group. If Earhart’s course had veered just a little south of the planned route, she would have found herself at any of the eight islands in the cluster.

Oddly enough, only one of the ships in Earhart’s search party ventured toward Gardner Island. The majority focused on the water directly around Howland Island. But Gardner Island was uninhabited at the time and wasn’t colonized until the 1940s. At that time, a skeleton was found there as well as a sextant box that might have belonged to a certain celestial navigator. 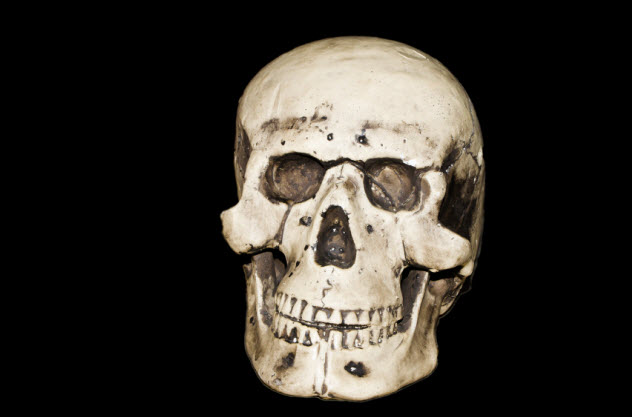 When the British made one last attempt at colonization, they pushed into Gardner Island in the 1940s. A skeleton was brought to Gerald Gallagher, the man in charge at the time.

Luckily, the examiner had made detailed records of the bones, apparently including measurements and sketches. Forensic anthropologists reviewed the records in the 1990s. Cautiously using his measurements, they entered the information into FORDISC, which is modern software that estimates age, ancestry, and sex from a large database of samples.

In the end, the anthropologists said that the original examiner was quite mistaken. These were the bones of a female of European ancestry. How many other white females do we know who vanished in this area?

TIGHAR (pronounced “tiger”) is an acronym for The International Group for Historical Aircraft Recovery. It’s a large team of highly educated people (including anthropologists), and The Earhart Project is one of their ventures.

They’ve been leading expeditions to Gardner Island for more than two decades, including one in 2015. From this, they have amassed a significant number of artifacts, all suspiciously dated from the 1930s.

A woman’s shoe, an aluminum airplane panel, and a flight suit zipper have all been linked to Earhart’s time and style. They even found a Plexiglas panel that is the exact shape of the Electra’s windshield.

The archaeological site contained improvised tools and cooked animal remains, suggesting that someone (such as Earhart) had landed safely and used resources at her disposal to subsist for a while as she awaited rescue.

TIGHAR keeps extensive and fascinating public records of every expedition, including every artifact, radio log, and analysis related to their research. 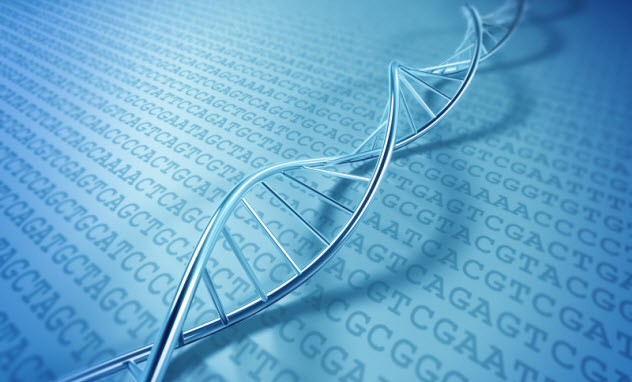 Although TIGHAR seems to be constantly uncovering new items that link the Gardner archaeological site to Amelia Earhart, everything is considered to be circumstantial evidence because the modern world demands DNA evidence.

Crime shows have caused the public to vastly overestimate the capabilities of forensic science. We can locate all the 1930s bits and pieces at the Gardner Island site, but the case won’t be closed until DNA testing becomes sophisticated enough to prove that Amelia Earhart was there.

At the moment, TIGHAR only has a few bone fragments. With fragments this small, a visual analysis isn’t able to distinguish animal from human bone. Although testing the DNA could potentially clear that up, there’s also a high chance that the results will be inconclusive.

DNA tests aren’t as infallible as TV shows lead us to believe. The bone fragment submitted for testing will be destroyed in the process, so we could lose the future possibility of determining whether the fragment is from Earhart.

That’s why TIGHAR is holding off on testing the few fragments that they have. They want to save them until improved testing methods are developed in the future. This would not be a problem if we still had the original Gardner Island skeleton.

Without indisputable DNA proof to support the most logical theory, some crazy alternatives have popped up. Some people think that Earhart just crashed and died. Others believe that she was captured by the Japanese.

Better yet, her crash could have been an elaborate plan to get captured and subsequently spy on the Japanese. However, the best theory is an idea that gained frightening popularity for a time.

One woman in New Jersey was singled out and accused of being Amelia Earhart. According to this conspiracy theory, Earhart had been secretly living under a new name and had taken a new job.

Irene Bolam, the accused woman, does have a vague resemblance to our lost aviator. When Amelia Earhart Lives came out in 1970, it accused Bolam of being the lost pilot. She was hounded so much that she sued the book’s publisher.

Nevertheless, the allegations continued. Her life’s details were scrutinized until public records proved that she was not Amelia Earhart.

Zoe Perzo has an anthropology degree and a penchant for languages.