Did you ever stop to wonder what people did to entertain themselves at parties with friends before stereos, TVs, and the Internet? Party Fun: Wholesome Games From Around the World—a book compiled by Helen Stevens Fisher in 1938—gives us some insight into the world of party games that were played in the 19th and early 20th centuries.

Fisher lists some awkward and unusual party game suggestions that were sent to her from hosts and hostesses around the world. These 10 games highlight exactly how bored people must have been to come up with some of these ideas for their dinner parties. 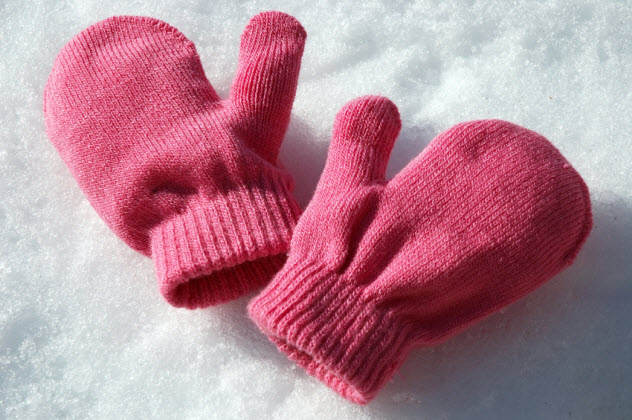 According to Fisher, the mitten game was a favorite of George and Martha Washington when they invited people to their home. In fact, this American dinner party tradition continued well into the 1930s.

As soon as party guests arrived at the host’s home, they were forced to wear thick mittens. Their fingers were jammed together in thick wool with only their opposable thumbs free.

Then they were instructed to race one another by using their mittened hands to accomplish impossibly difficult tasks. They had to button baby clothes, pick up grains of rice from the floor, and more. The host was also encouraged to think of other ideas to make the guests struggle.

During dinner, guests had to eat while wearing their mittens. The game suggested that guests should be served the most difficult foods to eat without the use of their fingers.

Whoever accomplished all of their tasks the best by the end of the night was the winner. 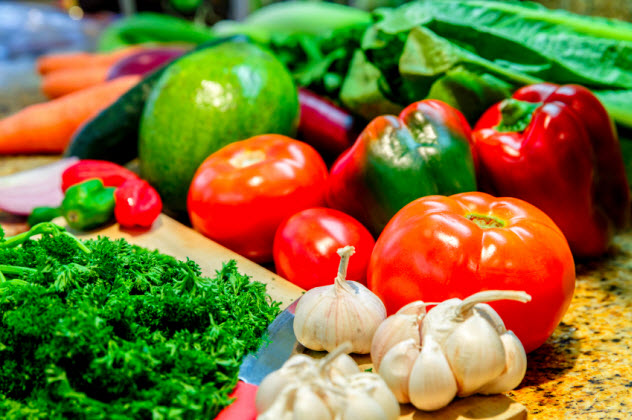 Before the guests arrived, the host or hostess of the party had to scatter vegetables of various sizes—“from small onions to pumpkins”—around their backyard and choose a finish line.

Then the guests were let loose to pick up and carry as many vegetables as possible by hand without dropping anything, all while hopping on one foot. They could not use their pockets, baskets, or anything besides their hands to hold the vegetables.

If a player failed to keep his balance while hopping on one foot, he had to drop all of his vegetables where he stood and start all over again.

At the end of the game, the person holding the vegetables totaling the highest number of points won. 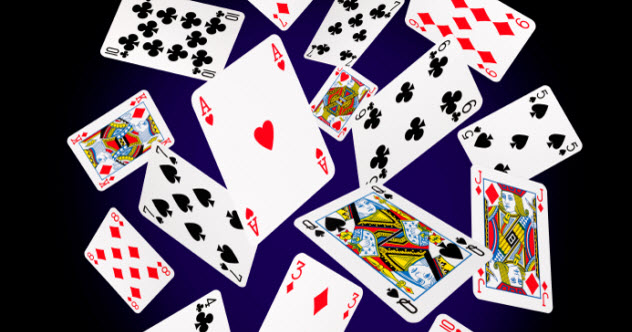 Before guests arrived, the host or hostess took an entire deck of playing cards and hid them around the house—under couch cushions, in drawers, inside of magazines, etc.

Team captains were chosen to lead teams named the “Dogs” and the “Cats.” After the teams were picked, the Dogs searched the house for black cards while the Cats searched for red.

If someone found a card of the opposing team’s color, they had to hide it. They could choose to hide their opponents’ cards in even more difficult spots to make it harder on the other team.

The game ended when one of the teams assembled their entire half of the deck. 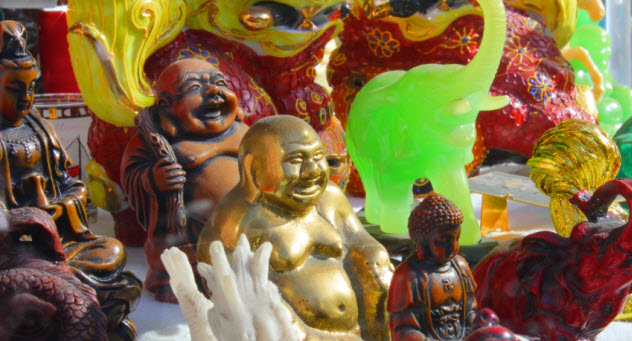 This is basically an adult version of show-and-tell. On the invitations, party hosts instructed their guests to bring one of their strangest, most precious objects with them. Then the guests placed these objects on the host’s dining room table and took turns explaining the purpose of their objects, where they came from, etc.

In 1938, cars had only existed for a relatively short time and road trips were a new phenomenon. It was not so simple for people to find out about new objects, especially if they were picked up on vacations to different states or countries.

In a time when most people living in the same area used many of the same utilitarian goods, having something different or exotic when compared to your neighbors was a novelty. 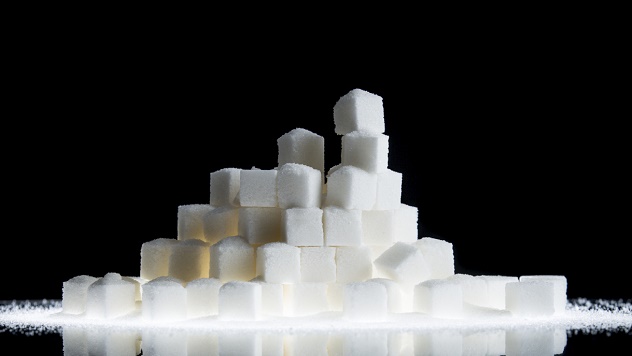 The party host prepared four cubes of sugar by writing letters of the alphabet in ink on each face of the cube. Then the guests took turns throwing the four sugar cubes like dice and hoping that the letters facing up would form a word despite the incredible odds.

The book suggested that the host write a different letter of the alphabet on each side of the sugar cubes, omitting J, M, Q, V, X, and Z. The members of the party continued to throw the four sugar cubes onto the kitchen table until someone spelled a word. Just like Scrabble, players could have a dictionary on hand in case there was a debate over whether a word actually existed.

The winner got the inky, disintegrating sugar cubes as a prize. 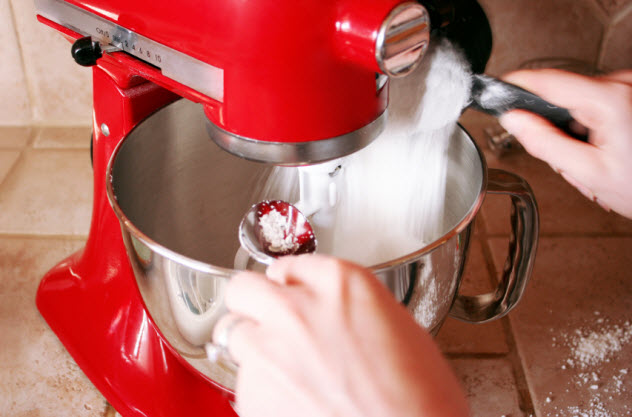 When playing the kitchen sounds game, party guests stood in the room next to the kitchen, but they were not allowed to see what was happening. A screen or blanket might even be hung on a clothesline to separate everyone except the host from the kitchen.

Then the host or hostess began to do something in the kitchen that made noise—mixing, shelling peanuts, sweeping the floor, chopping vegetables, etc. The members of the party had to listen closely and guess what those sounds were.

The first person to shout the correct guess would win one point. Once the host heard the correct answer through the curtain, he or she moved on to the next action, continuing this way until they ran out of sounds to make in the kitchen.

The party guest who guessed the most kitchen sounds correctly was the winner. This must have been a favorite in the 1930s because the author claimed that this game became a “very intense competition.” 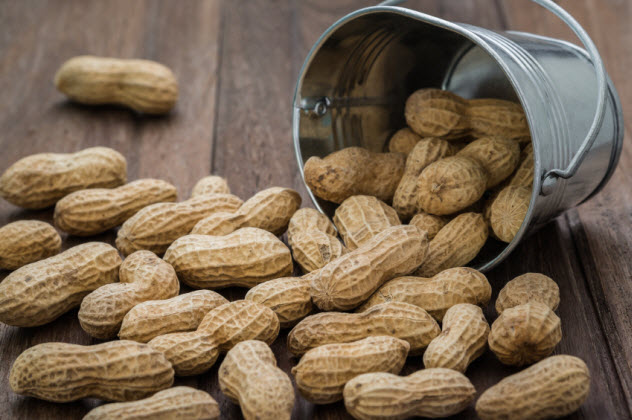 Peanut hunts were a common game during the 1920s and ’30s. It was like an all-ages indoor Easter egg hunt but with peanuts. Before the guests arrived, the party host hid peanuts throughout his house—under seat cushions, inside vases, behind books, etc.

Once the party began, the person who gathered the most peanuts by the end of the party won a prize. When the game was over, everyone was also allowed to eat their peanuts as a snack.

This game was played so often that the author came up with a jazzy, “modern” twist called the fancy peanut hunt. This was a painstakingly long process of tying colored ribbons to the peanuts before hiding them so that party guests could only keep the properly colored peanuts for themselves. 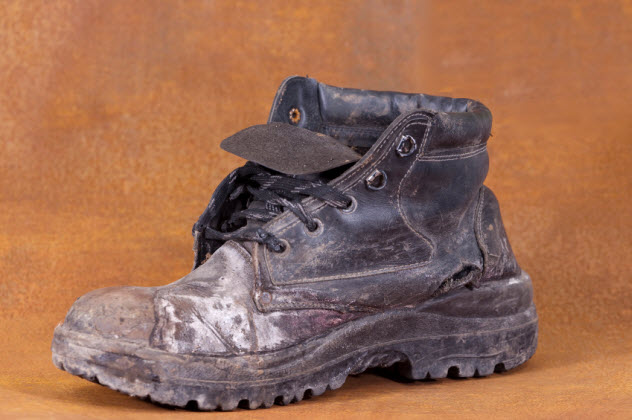 When playing the swinging shoe game, the party host found an old, unusable shoe, tied a rope to it, and stood in the backyard. Party guests were instructed to stand in a circle surrounding the host. Then the host began spinning the rope from the center of the circle with the shoe swinging around him or her.

Keep in mind that most shoes in the early 20th century were made of heavy leather. To avoid being hit, the party guests had to jump as the swinging shoe came close to their feet.

In this situation, it would be impossible for the party host to crouch low and keep the shoe off the ground. It was likely that a guest’s ankles or calves could get taken out by a high-speed leather boot. 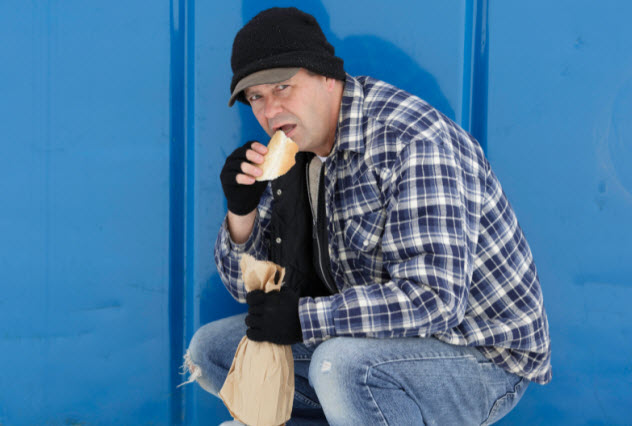 The concept of the hobo party was to have a cruel laugh at the misfortune of homeless people. On the party invitations, guests were instructed to show up in their oldest, dirtiest clothes.

The night’s festivities started in the basement, which was decorated with the oldest, rustiest junk that the family could find. This was done to set the atmosphere.

The game of “hopping a freight car” simulated the way that homeless men jumped onto trains as they tried to travel across the US after the Great Depression. The party host set up a line of wooden crates stacked back-to-back to represent the train.

While guests were in their hobo attire, music was played. They had to walk around the imaginary freight cars until the music stopped. Then they had to jump on top of a wooden crate before their friends did. The fewer people who played the game, the fewer crates there were to jump on. Obviously, this is just a more dangerous, adult version of musical chairs.

The second feature of the hobo party was to force guests to engage in an awkward, adult version of trick or treat. They had to knock on the backdoors of neighbors’ houses and beg for sandwiches and beer while wearing their homeless attire.

Of course, the neighbors were notified ahead of time. The party guests were then forced to eat their meals on the back stoop instead of the host’s kitchen. 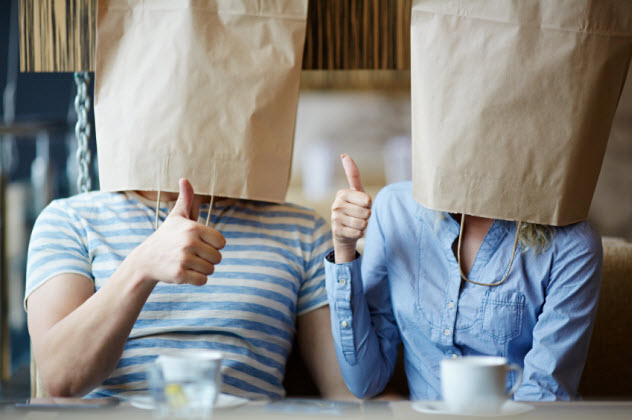 Upon arrival, party guests were given paper bags with holes cut out for eyes and a mouth. Each guest was instructed to put a bag over his head and tie a rope or ribbon around his neck so that his face was completely covered.

All of the guests had to wear a large number on the front of their shirts. Each person was also given a piece of paper and pencil. Then they had to try to identify which one of their friends was under each paper bag. On their papers, they would write down the numbers and the names of the people believed to go with those numbers.

Whoever guessed the most identities correctly by the end of the party was the winner.

Shannon Quinn is a writer and entrepreneur. You can find more of her work on shannquinn.wordpress.com.