There’s an incessant murmur around us, one that is undetectable to human ears. Life-and-death battles are fought, and allegiances are forged. Our surroundings are a battlefield as plants wage a never-ending war against their perennial enemies, the herbivorous bugs. It’s a rivalry that started over 350 million years ago, and both sides have majorly improved their fighting skills since then. 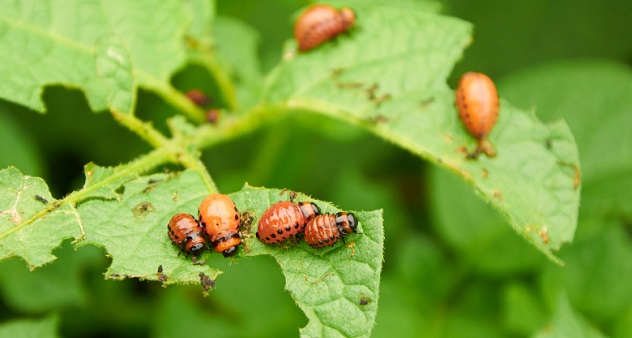 Leaves and other delectable plant parts are food for insects like caterpillars or beetles. But there’s no such thing as a free lunch, even in the bug world. Throughout time, plants have defied their static condition by developing numerous tactics to protect themselves from herbivorous insects. These vary from exterior armors (such as thorns, prickles, or toxic hairs called trichomes) to straight-up chemical defense systems.

These chemical responses are wide-ranging, and they can be activated one at a time or in a coordinated manner. Generally, when an insect starts feasting, the plant emits chemicals that can kill the insect or affect its growth. For instance, a plant will occasionally spice up its leaves with some bitter tannins, making it an unattractive lunch for the bug, not to mention somewhat indigestible.

So how do plants know they’re being attacked? Well, there are many different methods. However, the one that helps them respond the fastest involves “hearing” the insects chewing on them. Amazingly, a recent study found that a small flower named Arabidopsis can identify the vibrations triggered when a caterpillar is munching on its leaves, thus allowing the plant to increase its defenses accordingly. 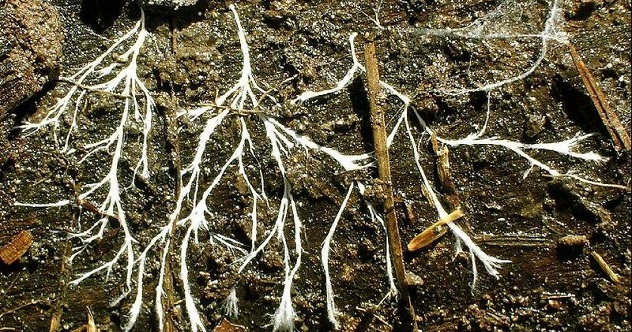 If a plant can’t ward off hungry intruders by itself, and if it doesn’t have a private army of fierce ants like the acacia tree, it often calls for backup. Volatile compounds released into the air send out a lunch invitation to natural enemies of herbivores. Some extra floral nectar might be thrown in to sweeten the deal. Among the “good guys” who show up to the rescue are the ladybug, the ichneumon wasp, and some suggestively named insects like the assassin bug or the mealybug destroyer.

Almost all plants can release these distress substances, but some plants are more “vocal” than others. This means they produce more volatile compounds. The louder they “scream out,” the healthier they are.

The volatile compounds also serve as a warning signal to nearby plants, encouraging them to bolster their own defenses. On top of that, plants often inform each other about imminent threats by using a fungi-based underground network to “share” information. It’s basically nature’s version of the Internet, only it’s free of bugs and worms. 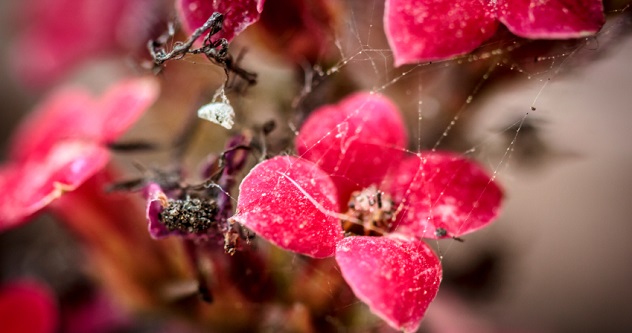 Weaver ants are well-known among farmers for their ability to control pests, but they aren’t the only arthropods that can protect plants from harmful insects. Researchers at Miami University found that spiders can also ally with plants in their brutal battle against hungry bugs. And the arachnid doesn’t even have to be on the job day and night. All it has to do is weave its web.

Spider silk is scary enough for a pest to change its mind about dining at a plant restaurant. Scientists observed how beetles were repelled by just the presence of the silk, thus decreasing the damage on leaves by about 50 percent. After all, spiders eat beetles, and the sight of silk is a warning that a predator is somewhere nearby.

Interestingly, researchers also ran tests using the silk from a silkworm, and it was less efficient in the field experiments. These findings are quite exciting thanks to their potential for providing a greener solution in pest management. 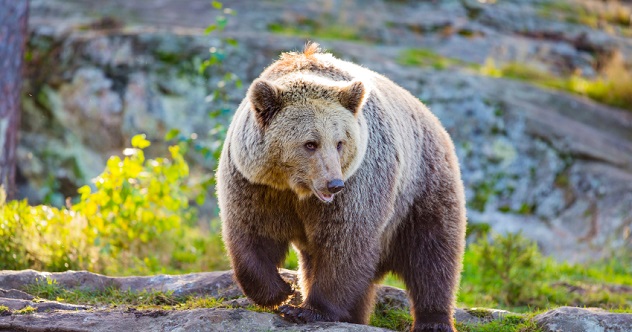 In 2015, researchers from Florida State University published a multi-year study regarding the impact of ants and treehoppers on a type of plant called rabbitbrush. The study revealed a surprising web of interspecies alliances in the meadows of Colorado. It’s a fight for food and survival, with a lot of twists and turns.

The researchers observed that as treehoppers were engaged in the meticulous process of sucking the sap out of the rabbitbrush, they were at risk of becoming prey themselves for predators like ladybugs. To chase them away, treehoppers sought help from nearby ants. The ants protected them in return for some sweet liquid, courtesy of the treehoppers.

But it’s a dog-eat-dog world, and the ants were defenseless in front of a much larger predator of their own: a hungry bear looking for a snack. Over the course of four years, researchers noticed that bears wreaked havoc on up to 86 percent of ant nests in the area. The decrease in the numbers of these treehopper bodyguards led to healthier, happier plants. 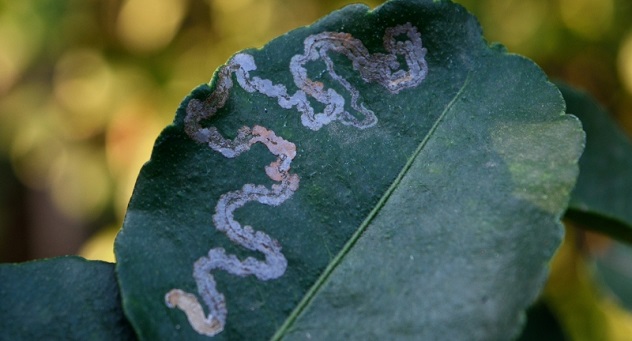 Despite all these plant security systems, a caterpillar still has to eat, so it deploys some cunning stratagems of its own. A study by researchers from Penn State’s College of Agricultural Sciences showed that to get extra time for chewing corn tissue, fall armyworm larvae release their feces (or frass) onto the leaves. This tricks the plant into thinking it’s being attacked by fungal pathogens.

As a result, the corn plant adjusts its defense strategy to answer the fake attack. Since the plant can’t fight both the insects and pathogens at the same time, the caterpillars get to take a few large bites. On the bright side, the findings could lead to a safer, frass-based pesticide to help plants fighting against pathogens.

Furthermore, just like plants, insects warn each other about nearby perils using the plant itself as a telephone. Subterranean bugs can talk with those aboveground via chemicals transmitted through the leaves of the plants. The insects can also leave a “voicemail” message to alert the next generation that there’s something suspicious about that particular plant. 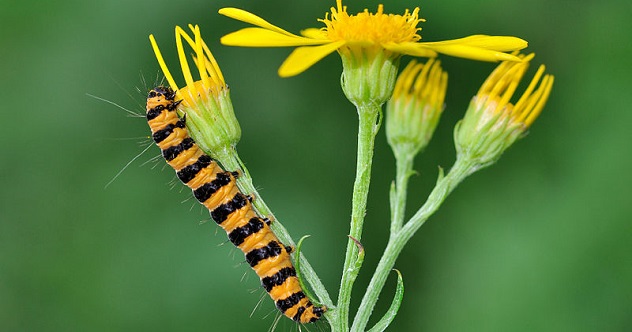 In a nice twist, some insects are using plants to protect themselves from their own predators. Such is the case of the cinnabar moth, a black and crimson critter that says close to the ragwort flowers in Europe and Asia. After all, the ragwort is known as a very poisonous weed, and it can even harm large animals such as horses and cattle.

A cinnabar caterpillar, which is just as vivid as its adult form, can devour a large ragwort in a couple of days. (Actually, this insect was introduced in many parts of the world as a biological control for ragwort.) And much like the African variegated grasshopper, cinnabar moths have developed a specific enzyme that allows them to ingest and store toxins meant to protect plants from being eaten. These insect enzymes then turn the plant toxins into chemical weapons.

That’s also why creatures like the cinnabar moth and African variegated grasshopper come in such bright colors. They’re essentially advertising their poisonous charge, forcing the insect-eaters to keep their distance. 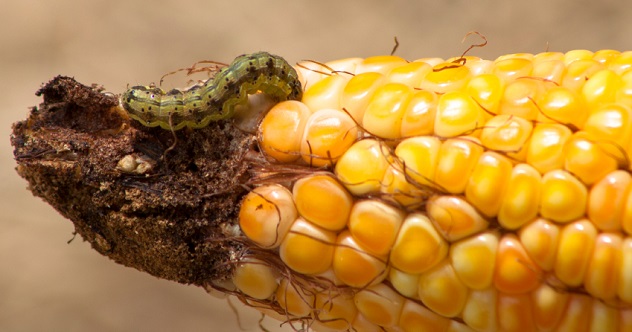 As you might expect, this is a pretty big problem. Take the corn plant, for example. When it receives simultaneous visits from aphids and caterpillars, the plant needs to activate separate compounds to defend itself against each set of predators. Unfortunately, these compounds stem from the same parent molecule.

Researchers have proven that fighting against one group of insects affects the plant’s ability to deter the second group. Experiments conducted by a team from Boyce Thompson Institute on a common variety of corn showed that after a plant was exposed to caterpillars, it suddenly became a better host for aphids afterward. Therefore, the aphids produced more offspring on the corn.

However, the same experiment got mixed results when other corn varieties were tested. Some corn varieties were actually more resistant to aphids after the caterpillar infestation. These findings could be used for developing stronger crops in the future.

3 Carnage In The Garden 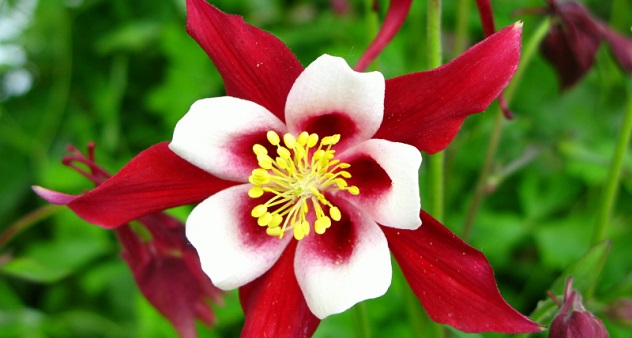 The serpentine columbine might look like a beautiful flower, but in fact, it’s a deathtrap. Hundreds of small insects find their eternal rest on its stem, after they get trapped on the flower’s sticky hairs.

These unfortunate “tourist” insects are actually rewards for predators that rush in for an easy feast. In the process, they devour the caterpillars and moth eggs trapped on the plant. Caterpillars are a fearsome enemy of the sticky columbine, so when spiders show up for a meal, they’re really doing the plant a favor. And fortunately for arachnids, spiders don’t stick to the columbine’s adhesive surface. It’s a win-win situation for everyone . . . except the caterpillars, of course.

Researchers from the University of California–Davis conducted an experiment to find out more about the behavior of the columbine. After they removed all the dead insects from the flowers, fewer predators explored the area, and the caterpillars could munch freely. Furthermore, the researchers concluded that the columbine sends out chemical signals to attract innocent insects that happen to fly nearby. It’s just like a siren song.

2 Where The Mustard Comes From 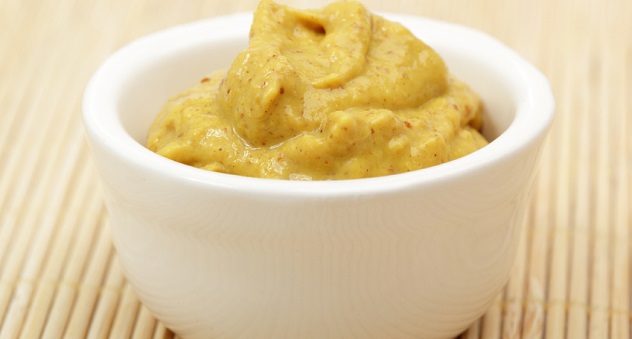 According to scientists at the University of Missouri, there would be no mustard without caterpillars. The same goes for ubiquitous condiments like wasabi and horseradish. As it turns out, mustard oils are the result of a confrontation that’s spanned tens of millions of years, an epic battle between butterfly larvae and plants of the order Brassicales.

The sharp, distinctive taste of mustard and wasabi comes from glucosinolates, compounds which are highly toxic to most insects. These compounds started developing in the late Cretaceous period, in what’s called an evolutionary “arms race” between flora and fauna.

For all those years, plants and bugs tried to one-up each other in a game of chemical moves and countermoves. The plants evolved new weapons to defend themselves from being eaten, but the insects to learn to offset these weapons, forcing plants to bring in something even stronger. The result was more than 120 varieties of glucosinolates. This led to more biodiversity of plants and insects, plus tastier hot dogs. 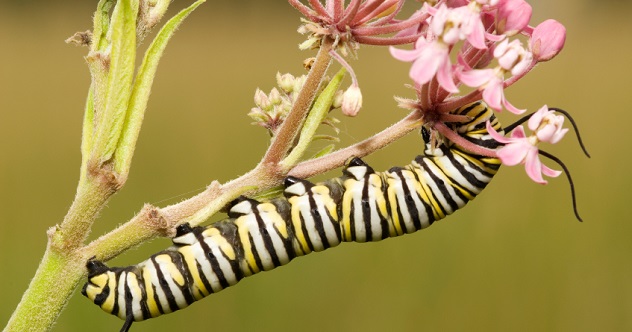 Coming up with new defense strategies can be pretty exhausting. Acknowledging the futility of these efforts, the milkweed decided to change its strategy from developing new combat techniques to simply learning how to live with its predators.

At first, the milkweed tried to fight its arthropod enemies. It grew hair on its leaves, hid a poison called cardenolide in its tissue, and even filled its tubes with toxic latex. But the voracious caterpillars always found ways to overcome. They shaved the leaves, became immune to the cardenolides, and learned how to avoid being splashed with latex. Moreover, monarch butterfly caterpillars store toxins obtained from the plants they feed on. They use them to make themselves poisonous to their own predators.

It seemed no matter how hard the milkweed tried to adapt, the monarch butterfly was just a few steps ahead. But because nothing seemed to work in its favor, the milkweed decided to change tactics. According to researchers from Cornell, the milkweed is putting more focus on healing itself faster.