The quest for effective punctuation is one of the most interesting developments in history. Over time, innovators and linguists have attempted to help humans express themselves in writing, creating a variety of marks that did not catch on. 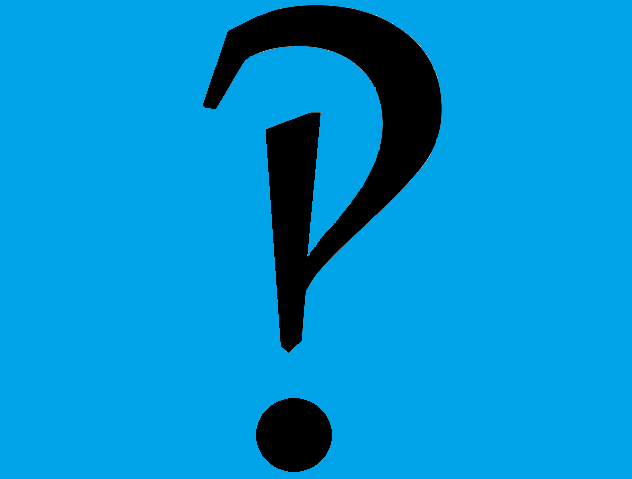 Most people have combined a question mark and exclamation mark at the end of a sentence to express both confusion and excitement. While most people just write two marks side by side (?!), enterprising punctuation mark visionaries have attempted to create a new mark to express the same idea. Invented in 1962 by advertising executive Martin K. Speckter, the interrobang was meant to cleanly state the same idea as writing ?! but with better aesthetics.

Interest in the interrobang piqued as soon as Speckter unveiled it. Since typewriters did not have the mark normally, early uses were done by hand. Some newer typewriters had the interrobang as an option, but since there was a limited number of keys, most typists preferred to leave this uncommon mark off. Even though the punctuation was specifically designed for advertisers, most agencies did not use it, leaving the interrobang to fade into obscurity. However, it still exists as a special character in Apple and Microsoft operating systems, so there is a slim chance that the interrobang will come back into use. 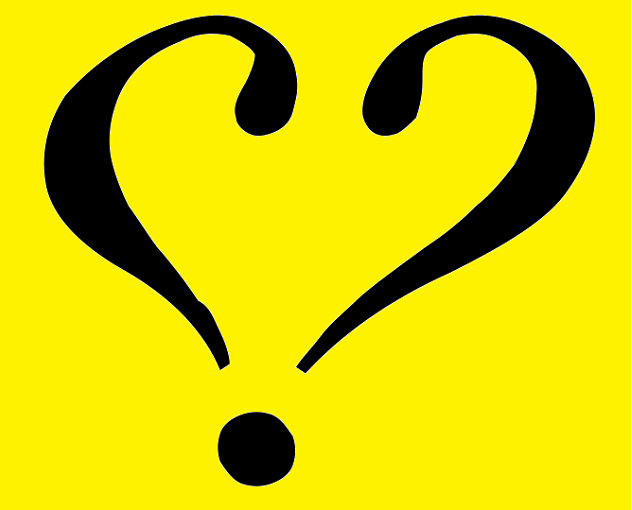 Another innovator of new punctuation points in the ’60s was Jean-Pierre Marie Herve-Bazin, a French author who also dabbled in graphic design. In 1966, Bazin published a series of essays under a fake name that discussed six new punctuation marks writers could use to make their writing more nuanced. Bazin’s punctuation focused on emotive ideas and included symbols expressing love, certitude, authority, irony, acclamation, and doubt.

The love point is one of the most interesting, using two facing question marks to create a heart shape. Basically it was the early progenitor to the heart emoji. Although his essays only talked about six punctuation marks, he designed many more in his free time. While the essays had a distinctly tongue-in-cheek-tone, they encouraged writers to use the mark to increase nuance in writing. However, these fun marks were doomed from the start. Nobody was going to redesign typewriters to use punctuation that was only recognized in literary circles. The marks fell into obscurity, only loved by those passionate about punctuation.

Also known as a hedera, the fleuron is an antique punctuation mark that died out before the modern era but still finds some obscure use. The fleuron is one of the oldest punctuation marks, dating back to old Latin and Greek texts. In many ways, the fleuron was a decorative element, making the page look pretty with the leaf design. However, it also had a practical usage. Before modern typography took off, some writers used the fleuron to show breaks between paragraphs on the page.

Use of the fleuron was important in olden times since text was generally printed in a block of text without paragraph breaks. When modern typography took off and modern printing became widespread, the fleuron died, even in its decorative role. Some typefaces still have the fleuron coded in, but it remains relatively unused except by a select few designers who use it for lengthy lists. Oddly, the fleuron’s main use comes in the restaurant business, where menu designers are still encouraged to use the symbol as a purely decorative element. 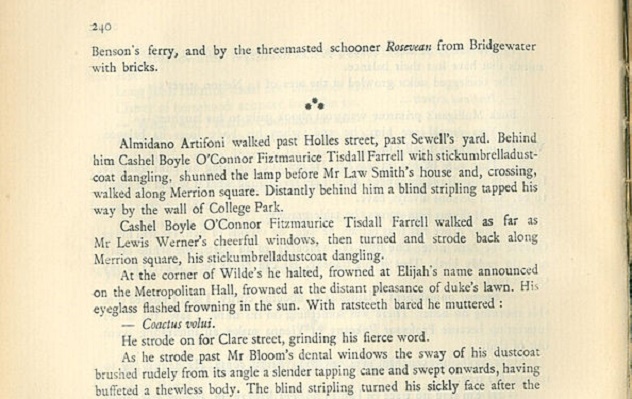 A more modern mark used to denote paragraph breaks is the asterism. Named after the astronomy term for a close group of stars, the asterism is a triangle of three asterisks that was prominent in the 19th century. Also known as the triple asterisk, this mark showed breaks and paragraphs and showed when a sub-chapter started in a text. For most uses, the asterism worked to call attention to the text immediately following it and letting the reader know that it was important.

Beyond the typographical usage, the asterism also had weirder uses in the 19th century. Writers would sometimes use the asterism to show that text was omitted or otherwise hidden. Russian composer-critic Cesar Cui was a huge fan of the asterism. Instead of writing his names on articles or pieces, Cui just wrote an asterism, showing his audiences that the name was withheld. German composer Robert Schumann instructed his publisher to replace all the titles of his work with an asterism, preferring to obscure the meaning of his music. While the asterism was popular in the 19th century for typography and artistic pretension, it died out over time but is still programmed into word processors. 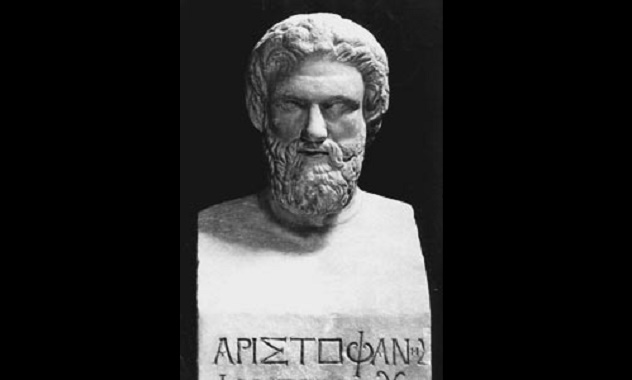 Modern punctuation is so commonplace that most people do not spend too much time thinking about how it actually developed. Back in ancient times, punctuation was uncommon. Most texts were just strings of words. Readers had to figure out the breaks for themselves while they read the text. This was a frustrating process and one that left reading in the hands of only the most educated.

Around 400 BC, Greek playwright Aristophanes tried to invent marks that would help the reader to understand the text. Aristophanes used three dots placed at various heights after a sentence. Each dot signified a different length of pause with the highest dot signifying the longest break while the middle dot signified the shortest break. This was an easy system to use, but it did not catch on during his lifetime.

Modern punctuation started to take hold in the Roman empire when writers began to use punctuation. Over time, Aristophanes’s marks morphed into the marks that we use today. The dots shifted position on the page and some got extra design elements, eventually becoming the modern period, colon, and comma. 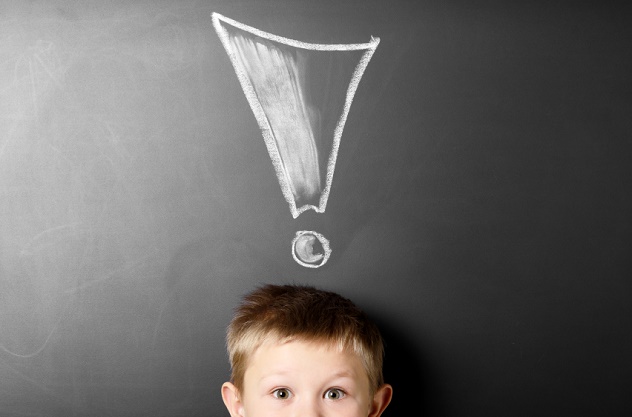 As the early 1990s came around, various grammatical inventors started working on new punctuation marks to fill perceived holes in the English language. One of the first was the exclamation comma, invented in 1992 by three Americans living in Canada. Just like the name suggests, this mark combines an exclamation point and a comma. It shows excitement and enthusiasm mid-sentence instead of just at the end.

The inventors of the exclamation comma realized that a problem, especially in the English language, was that sentences can change tone midway through. When this happens, it can be difficult for the writer to decide what type of punctuation to use at the end. In the sentence “That velociraptor is so scary, but don’t worry, he’s not going to eat you,” an exclamation comma could be used after the first clause, showing exclamation for the idea that a velociraptor is scary while allowing the sentence to continue with a different emotional tone.

While the inventors lobbied hard for their new punctuation, it failed to catch on. Their patent expired in 1995. In recent years, interest in the exclamation comma has re-emerged, so perhaps this obscure mark can still make an impact on the written language. 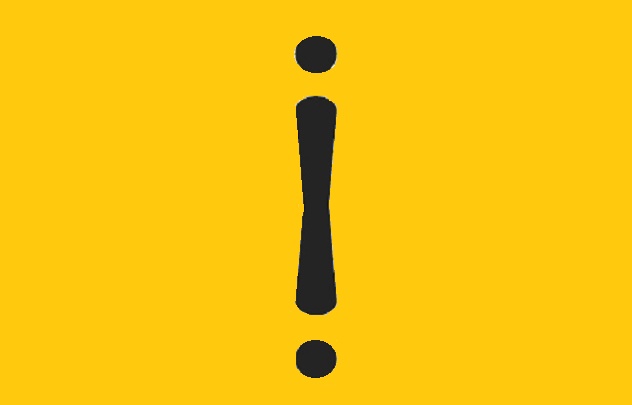 As we have seen, modern punctuation sometimes struggles to portray nuance in writing. One of the biggest gaps is in the range of possible emotions that fall somewhere between a period and an exclamation point. Periods tend to imply a lack of emotion or flat, level emotions, while exclamation points can imply too much emotion. What about the in-between space? There is no punctuation to portray a medium level of excitement, for example.

Punctuation inventor Ellen Susan came up with the ElRey mark to express normal amounts of excitement or confident optimism. Susan’s punctuation was specifically designed for the business world, where business people want to keep up a professional atmosphere while still exuding positivism in writing. The ElRey mark would allow them to show a positive outlook without their writing looking like middle-school kids on Facebook, littered with exclamation points.

The name for the ElRey mark comes from the Spanish words for “the king.” According to journalist Rob Walker, “Using the Spanish words for ‘the king’ also suggests that an ElRey connotes comfortable mastery of protocol and politesse, intertwined with a steadfast refusal to raise one’s voice unless something is on fire.”

While Aristophanes’s punctuation took a while to catch on in the ancient world, his idea of the middle dot eventually became commonplace in the Roman empire. Known as the interpunct, older texts used it to show a pause in the middles of sentences or between words. Although it was known through the Roman empire, the interpunct declined over time, being very frequent in only a few texts.

Usage of the interpunct in the ancient era was at best haphazard. Writers sometimes used it between every word in a sentence and sometimes even in the middles of compound words. By the time the Roman empire fell apart, the interpunct was an archaic punctuation mark. However, it still survives in some forms today. In mathematics, the interpunct became another symbol for multiplication. It also survives in dictionaries as a pronunciation guide and in the Catalan language as a diacritical mark, even though it morphed into more common forms of punctuation in most languages. 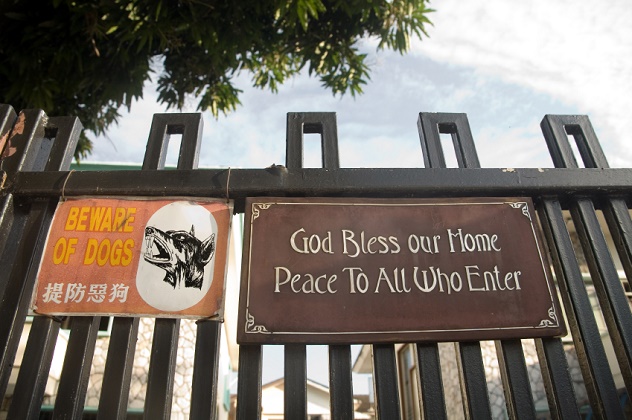 The art of irony came into its own when Greek playwrights strove to include all the different types of irony in their writing. They relied on the audience’s intelligence to pick up on irony, which was one of the main appeals of the Greek plays. But as civilization progressed, audience tastes changed. By the time of the Renaissance, audiences no longer found enjoyment picking out irony in plays and books; instead, they clamored for a way to point out irony. They needed a new punctuation mark.

English vicar John Wilkins stepped up to the challenge in 1668. He proposed using an inverted exclamation point at the end of ironic sentences. Wilkins dabbled in natural philosophy and embraced the idea that the universe could be ordered by complex taxonomies, which influenced his invention of the irony mark. But the invention did not stick. By the time the 19th century came about, various French writers were trying to come up with an irony mark. The most popular was Alcanter de Brahm’s point d’ironie, a whip-like question mark.

But no one could make an irony mark stick. In the 1960s, the aforementioned Herve-Bazin attempted to get the Greek letter phi used as an irony mark, but like his other punctuation marks, this failed to make an impact. The quest to invent an irony mark survived into the 21st century. The Dutch literary foundation CPNB added their mark to the running in 2007. Only time will tell if their mark sticks after 400 years of trying to invent this new punctuation. (But honestly, it’s not looking great so far.)

Anyone who has spent any amount of time online is aware that sarcasm is one of the most difficult things to communicate in writing. Countless arguments and misunderstandings have emerged due to misunderstood sarcasm. Innovator Douglas Sak realized that the world needed a punctuation mark to show sarcasm and founded Sarcasm, Inc., in 2006 to bring his SarcMark to the world.

Sak’s company quickly registered the copyright for their new whimsical punctuation mark and started to sell it as a software package for a couple of dollars. Various news agencies quickly picked up on the idea and ran stories highlighting the SarcMark. Despite initial enthusiasm, Sak faced an uphill battle.

For one, Internet users had already figured out how to denote sarcasm by either using emojis or by adding the Reddit-popular tag of /s at the end of sentences. Additionally, many people felt that blatantly showing sarcasm takes away the fun of using sarcasm. Others pointed out that the inability to pick out sarcasm is not a failing in the language, but a failing in reader intelligence and writer ability. Sak’s idea died out and remains an obscure piece of Internet culture. Too bad, since it was such a good idea.