When we think of ghost stories, we may visualize old castles and graveyards with haunting spirits lurking in the shadows. For many, such stories are nothing more than fantasy.

But some people are more open-minded about paranormal activity and try to understand the unknown. Are these lost souls from the past? If so, who are they and why do they remain?

These 10 prostitutes—whose sadness, despair, anger, and energy apparently refuse to depart this world—may haunt the unsuspecting for centuries to come.

At the beginning of the 20th century, Goldfield, Nevada, was a prosperous mining town where thousands settled with the dream of striking it rich. In 1908, the Goldfield Hotel was built over a mine shaft and remains there to this day along with some of the hotel’s resentful spirits.

Aside from a confirmed suicide in the hotel in 1915, which has been associated with ghostly sightings, the most disturbing story occurred in Room 109. George Winfield, the hotel’s original owner, was having an affair with a prostitute named Elizabeth who unintentionally became pregnant. Amid fears of public scrutiny, Winfield chained Elizabeth to a radiator in Room 109, keeping her hidden from public view.

After the baby was born, Winfield allegedly threw his newborn down the mining shaft in the basement and left Elizabeth chained to the radiator to die. Ever since, many visitors have reported seeing Elizabeth in Room 109 and feeling her icy presence. A baby’s cries have also been heard echoing from that room.

In the 1920s and ’30s, Jerome, Arizona, was a picturesque mining town that encapsulated the image of the Old West. The streets were lined with saloons, drunken miners, and brothels in the town’s red-light district.

One of the ladies of the night was Sammie Dean. She was stunningly beautiful even by today’s standards and acquired many admirers. On July 10, 1931, Dean’s lifeless body was found on the floor of her room in a section of town known as “Husbands’ Alley.” She had been beaten and strangled to death.

Initially, police suspected that robbery was the motive because Dean was known to carry a large amount of cash on her at all times. When her body was found, all the cash was missing from her purse.

In the years following Dean’s death, reports of apparitions in “Husbands’ Alley” began to surface. Some claimed that a female spirit roamed during the night. There were also reports of spectral voices in the empty inns and alleyways, slamming doors, the persistent scent of perfume, strange shadows, the feeling of being watched, and phantom footsteps echoing down the cobblestone and dirt roads.

To this day, Jerome is known as ghost town that turns even the most skeptical critics into believers. The identity of Sammie Dean’s killer remains a mystery. 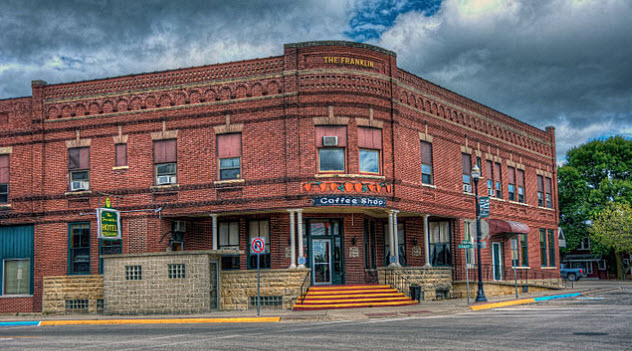 Since the 1850s, the Franklin Hotel in Strawberry Point, Iowa, has had its share of visitors, some of whose souls may still remain. Given the hotel’s history, many people flock to it in the hopes of spotting Lilly, the town’s most well-known resident.

According to local legend, Lilly was a prostitute who “entertained” in Room 7 at the hotel. Although it is unknown how she met her demise, her spirit is not at rest.

Many visitors have reported sensing a sad, uncomfortable presence in Room 7 as well as hearing strange noises. One gentleman who had lived in the hotel for 42 years often heard singing and moaning coming from the room above him even though the room was vacant at the time.

Perhaps the most intriguing story comes from Doug Schmidt, a skeptic and co-owner of the hotel. Late one night, he saw a woman in a long lavender gown walking from the lobby to the dining room. When he told the woman that they were closed, she walked off into the next room, mysteriously vanishing into thin air.

To this day, Schmidt can’t explain what he experienced. But he knows what he saw. 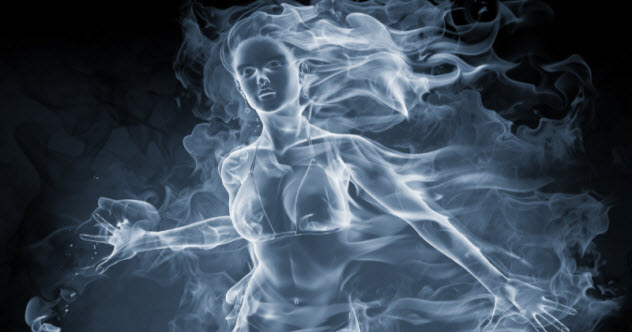 Peggy the ghost is a prostitute from Zimbabwe who roams the streets at night looking for rides as well as a man’s company. Although it may just be folklore, this tale is one of Zimbabwe’s most well-known mysteries. It has spanned decades and involved countless witness testimonies about the midnight beauty.

According to legend, Peggy was a well-known prostitute in Highfield, one of Harare’s oldest suburbs. In her late twenties, the beautiful Peggy was brutally murdered by a jealous client, which caused her troubled spirit to haunt the dark roads by hitchhiking past midnight.

It is said that when men stop to pick her up, one of two things happens: They are either deathly surprised by the woman’s sudden, mysterious disappearance from their vehicle, or they wake up at the local cemetery, presumably where she was buried.

Virginia City, Nevada, was the most important industrial mining city between Denver and San Francisco in the 19th century. These days, Virginia City is better known for the endless tales that spur ghost tours around the spooky historic town.

One particularly frightening location is the Silver Queen Hotel, which was built in the 1800s. It is said that room 11 is the most haunted. There, a prostitute named Rosie committed suicide.

Many people believe that Rosie is still there. Hundreds of guests have heard inexplicable whispering in the empty halls late at night, doors slamming by themselves, footsteps on the empty balcony, growls coming from Room 11, and more. Items mysteriously fall off shelves, too.

As a significant number of patrons have fled the hotel in fear during the early morning hours, it suggests that Rosie’s restless soul still lingers there.

In southern Arizona sits a quiet, sleepy town named Bisbee. In 1902, the four-story, Victorian-style Copper Queen Hotel was constructed, and it remains Arizona’s oldest operational hotel to this day.

Many who live in or visit Bisbee are familiar with the stories of ghostly sightings within the walls of this historic building. As proclaimed on the hotel’s website, the most famous sightings are those of Miss Julia Lowell.

In the 1920s and ’30s, Miss Lowell was a prostitute who worked in the hotel. Ultimately, she fell in love with one of her clients. When her love was not reciprocated, she committed suicide in her room.

To this day, numerous guests report ghostly paranormal activity, specifically on the third and fourth floors of the hotel. Some guests have heard whispers or felt a tap on their shoulders. Others have witnessed levitating keys as well as doors mysteriously locking and unlocking.

This paranormal activity initially causes patrons to flock to the hotel. But many end their stays by running from the grounds of the estate. 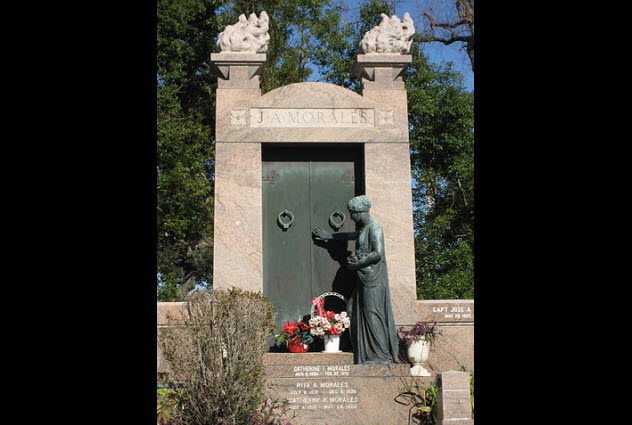 After losing her mother in 1868, Josie Arlington seemed destined for a life of pain and hardship when she became an orphan at four years old. Her hometown of New Orleans provided no respite for her struggles, so she turned to prostitution in the red-light district in her teens.

She made a name for herself and became known for being violent and aggressive. On one occasion, she supposedly bit off the ears and lips of a fellow prostitute. Later, her brother was murdered by a pimp who worked in the same brothel as she did.

Eventually, Josie decided to change her life from one of despair to one of fortune and respect. In time, she built the finest bordello in all of New Orleans. It catered to the elite, and she became quite successful and wealthy.

Regardless, she was never accepted by the upper class, which was something that she desperately wanted. Resentful at how she was treated in life, she became determined to be buried in one of the flashier, more expensive tombs in Metairie Cemetery.

Following her death in 1914, apparitions began to appear at her tomb, which quickly became the busiest spot for paranormal activity in the cemetery. Her tomb was said to have burst into flames in front of terrified spectators, so it was dubbed the “flaming tomb.”

In time, witnesses claimed to have seen the statue in front of the tomb physically move by itself. Although there was no verifiable evidence of paranormal activity at the site, hundreds continued to gather at her grave in the hopes of catching a glimpse of the paranormal.

As a result, cemetery officials exhumed Josie’s body and moved it to an unknown location, where it remains to this day. Even now, some visitors claim to have witnessed the urns glowing red at the tomb where Josie once laid and gravediggers continue to report the statue moving from its original position.

In Jackson, Mississippi, the historic Ole Tavern on George Street quickly fills with loyal patrons on the weekends. But when the bar closes after hours and only a few employees remain, souls from the bitter past run amok.

According to the endless stories, the bar’s employees and owners have questioned their beliefs at times and fled from the premises in fear. Supposedly, chairs and desks move around by themselves upstairs, lights turn on in vacant rooms, and inexplicable female voices speak on the telephone.

In the early morning hours when the tavern is closed and the padlocks are bolted, an employee may see someone—perhaps a ghost—sitting at the bar. In the 1970s when the tavern was a brothel, a prostitute was found dead there.

Her cause of death is still unknown, but the tavern’s owner believes that it was either suicide or murder. Could this be the female voice on the other end of the phone reaching out in despair from beyond the grave?

Since the early 1910s, the Glen Tavern Inn in Santa Paula, California, has hosted numerous celebrities, including Clark Gable, Carole Lombard, and Rin Tin Tin, Hollywood’s beloved German shepherd. Despite the inn’s history and the famous people who once graced the grounds, many people are more drawn to the hotel by the numerous stories of ghosts who refuse to leave.

The stories include a girl with blonde braids who wanders into the rooms of unsuspecting guests and is often mistaken for a lost child. Contractors have also fled the property after seeing children play in the halls and then disappear into the walls.

Guests who want to catch a glimpse of the paranormal are especially drawn to Rooms 218, 306, and 307. Supposedly, the doors of these vacant rooms have locked their dead bolts by themselves from the inside on a few occasions.

However, the most chilling stories come from Room 307 where the spirit of a woman still lingers today. Apparently, the unidentified woman was a prostitute who was murdered and beheaded.

Several days later, a maid found her body stuffed in a closet. Reports of cold chills, knocking sounds, echoing voices, and an eerie mist persist to this day.

1 The Lady In Red
The Mizpah Hotel

Like many establishments founded during the mining rush of early 20th-century Nevada, the Mizpah Hotel was constructed for settlers in 1907. It remained Nevada’s tallest building until 1929. The hotel hosted infamous guests such as Wyatt Earp and Howard Hughes. However, the most famous guest to date is Evelyn Mae Johnson (aka “The Lady in Red“).

According to legend, Johnson lived in the hotel and worked there as a prostitute under the name “Rose.” In 1914, a jealous ex-lover unexpectedly walked in on her while she was “entertaining” another man. This sent the ex-lover into a murderous rage.

Rose was chased out of her room and into the hallway where she was strangled and stabbed repeatedly. Since her murder, she has been seen in the hotel in the hallways, inside the elevator, and in Room 504 where she once lived.

The sightings of the Lady in Red are often accompanied by a memento left behind from the other side—a single pearl placed on a nightstand or pillow, perhaps to remind the living that she’s still there.

10 Creepiest Events That Happened At The Cecil Hotel